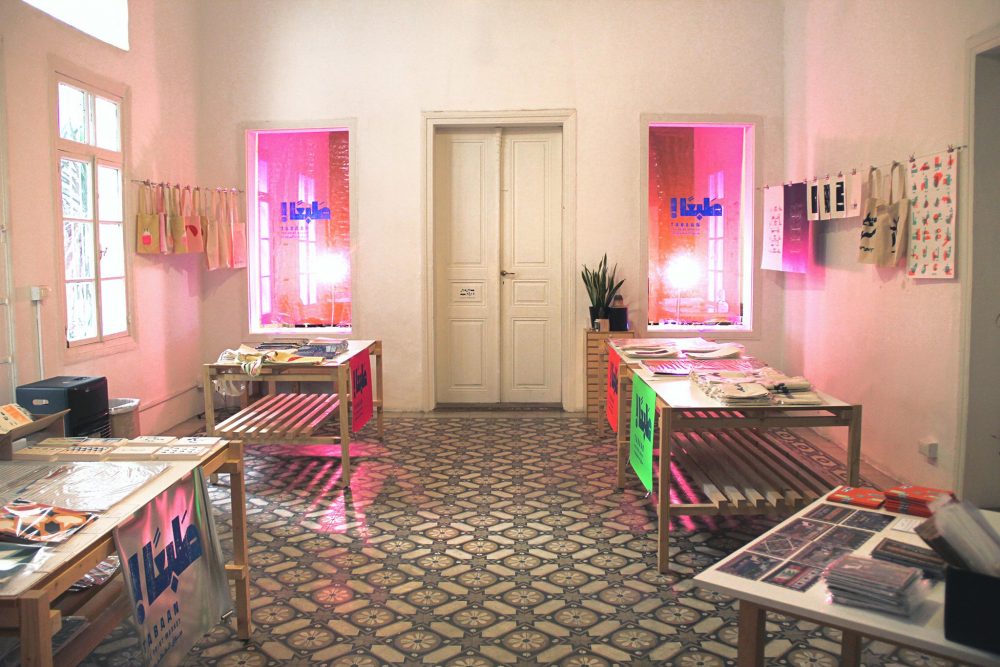 The Middle-East in 5 launching platforms

From Lebanon and Kuwait, to Baku and the UAE, a number of platforms have been founded since 2010 to support young, emerging artists in the Greater Middle East. We explore 5 of these spaces in the region: Barjeel Art Foundation, YARAT, CAP Kuwait, WARAQ and STARCH Foundation. 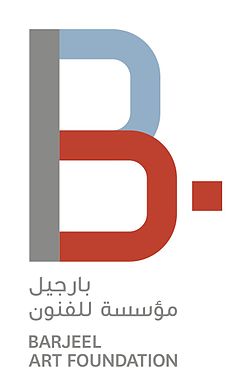 Probably the best known of these organisations is Barjeel Art Foundation, which was founded in 2010 by Sultan Sooud Al Qassemi. The UAE-based initiative has a collection of over 1,000 works of modern and contemporary Arab art, with an ethos founded on making its collection both prominent and publically accessible.

Not only is the collection viewable at the Maraya Art Centre in Sharjah, UAE, but it is also displayed in travelling exhibitions that are held internationally to promote Arab arts and heritage beyond the Middle East and North Africa.

The foundation therefore engages with both a local and a global community, with an education program that creates enquiries and discourses with nuances to Arab histories beyond borders of culture and geography. 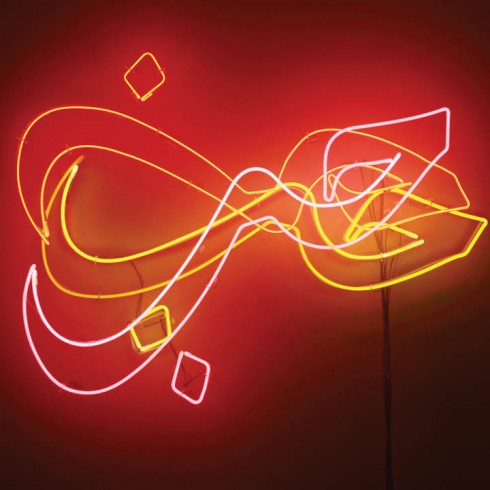 One year after the formation of Barjeel Art Foundation in the UAE, Aida Mahmudova founded YARAT in Baku, Azerbaijan in 2011. YARAT means ‘create’ in Azerbaijani, and is a non-profit organisation dedicated to producing a platform for Azerbaijani art both nationally and internationally.

The focus of the YARAT collection is on artists from the Caucasus and Central Asia with its inaugural exhibition, Making Histories, having brought together works historically connected to the geo-culture of Azerbaijan. In October of each year, YARAT announces ARTIM, a project aimed at young Azerbaijani artists. The annual open-call results in the exhibition of emerging artworks being displayed in the ARTIM Project Space in Baku, with the aim of encouraging and supporting emerging talent in Azerbaijan. 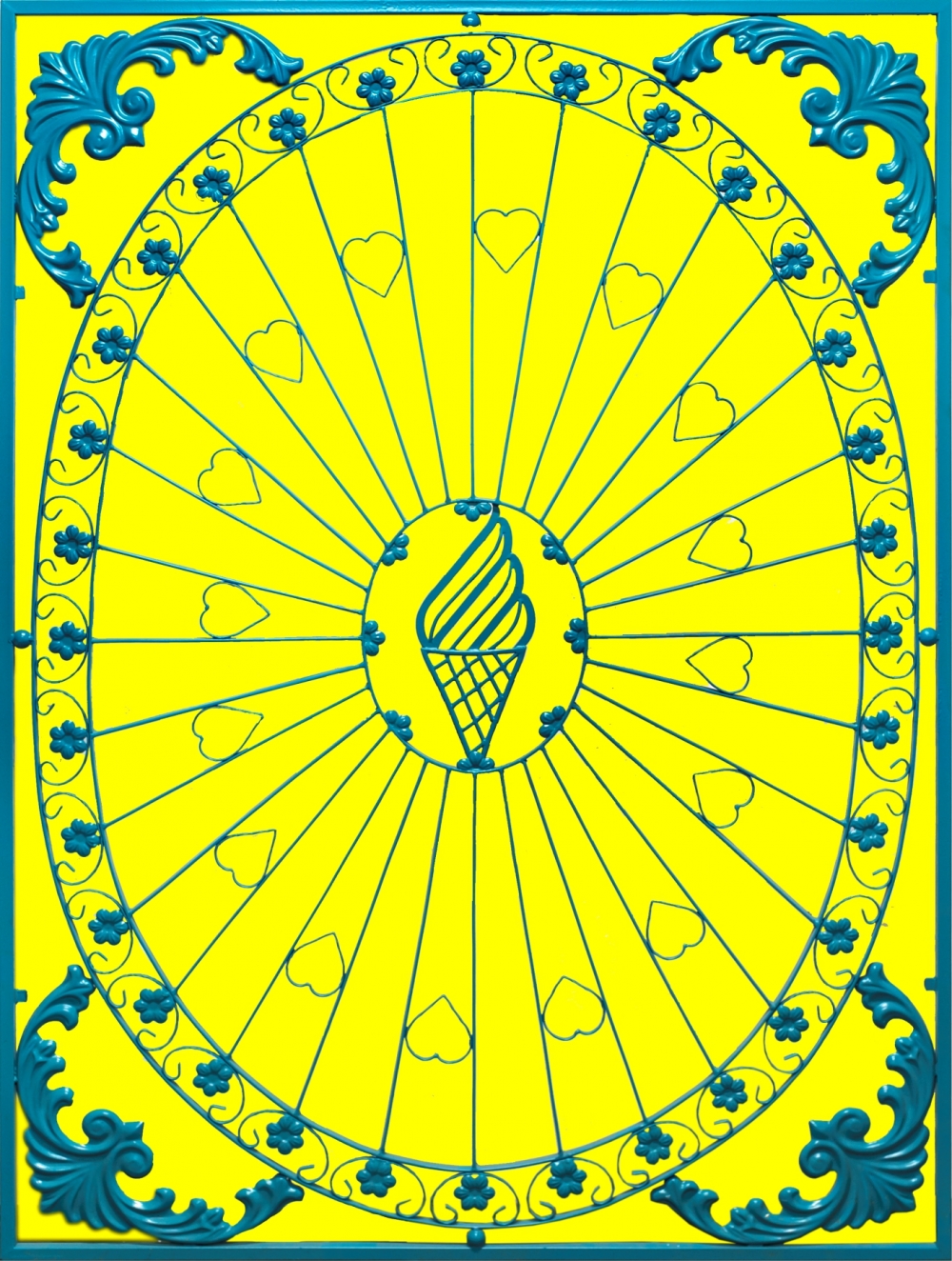 Not only are successful artists given the opportunity to display their work, but they are also given funds to produce their projects, as well as weekly meetings with YARAT curators to talk through their work. To participate, applicants must be over 18 years of age with applications containing both educational and exhibition components. Upon completion of the project, artists involved produce reports on their experience, highlighting what they have learnt and achieved throughout the process. As well as its own YAY gallery and ARTIM initiatives, YARAT also hosts dedicated artist studios to provide residencies for local and foreign artists. 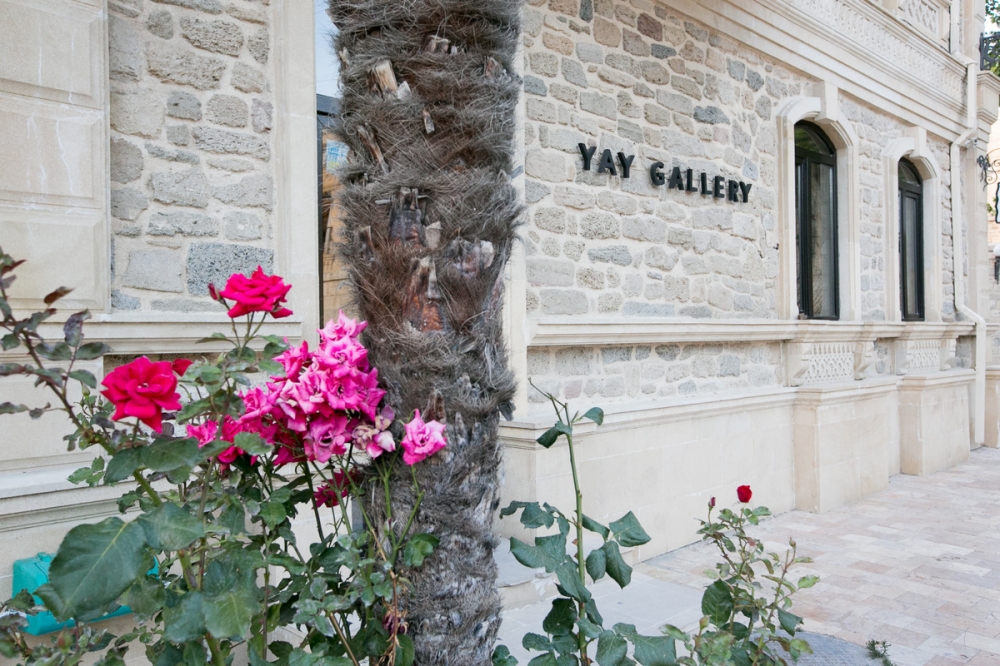 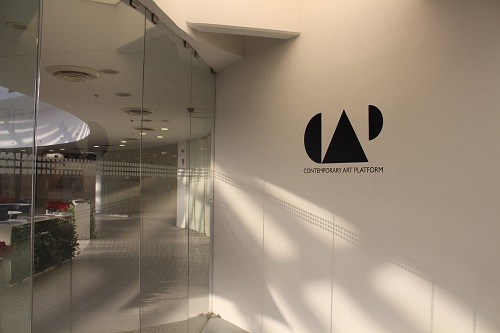 orn thanks to art collector Amer Huneidi. Contemporary Art Platform is a non-profit organisation, which supports and helps to develop arts in Kuwait and throughout the region. As well as being one of Kuwait’s largest exhibition spaces, CAP hosts, along with its gallery, a studio space and the largest public art book library in Kuwait, with a collection of over 2,000 titles.

CAP’s education program presents workshops for visitors to learn from local and visiting artists, as well as panel discussions, exhibition tours and film screenings. Exhibitions at CAP present both established and emerging artists from the local area as well as abroad and the platform encourages artists to submit their own exhibition proposals.

The shows are normally scheduled to take place over a 6-week period, ensuring that audiences are regularly exposed to new artworks. In their exhibition proposals, artists and curators must include the reasons for bringing their work together as well as the artistic, cultural and social implications of their anticipated display.

Beirut is home to both WARAQ and STARCH Foundation. Founded in 2012, WARAQ is a platform that connects, promotes and supports artists and professionals in the region. With a focus on animation, illustration and design, WARAQ provides a space to exchange ideas and share resources, as well as the opportunity to showcase work.

In Mazraa, Beirut, a series of studios can be found at Beit Waraq. The community space is comprised of four different types of workspaces: The Animation Room, the Co-Working Room, the Paper Room and the Silkscreen Room. Designed to promote animation, design and illustration, the fully equipped studios can be rented for as little as one day up to one month. Beit Waraq is also the location where Weresh Waraq, a program of workshops and courses, takes place. The collaborative platform allows artists and a committee of professionals to reflect on the city with a local audience. 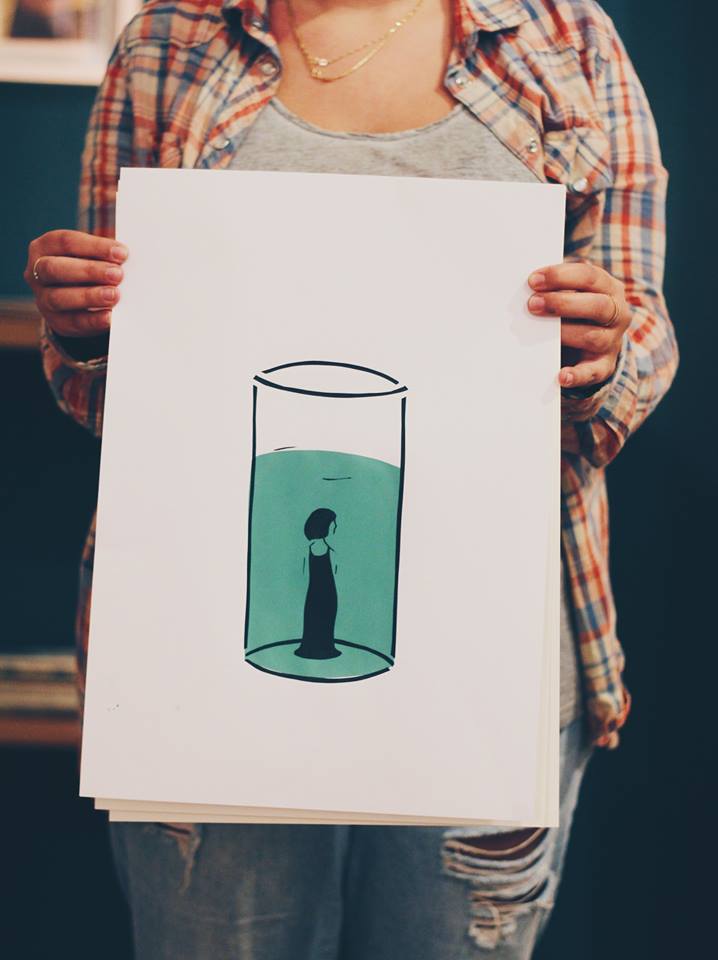 Like WARAQ, STARCH Foundation is also located in Beirut. STARCH was founded by Rabih Kayrouz and Tala Hajjar and is a non-profit organisation that helps launch the careers of emerging Lebanese designers. The name STARCH has been literally taken from the solid carbohydrate used to stiffen and whiten clothes. In the textile industry, this odorless, pure and insoluble substance is used as a bonding or hardening component.

As a program that guides young designers through the process of branding, developing, marketing and promoting their collections, Starch shares the same qualities as the white substance it has been named after. STARCH operates an annual program where between four to six young designers are selected each year. As well as being guided through the design process and business skills, the collections of the STARCH designers are also presented at the STARCH boutique during their time working with the platform, providing them with the opportunity to sell their work to real customers, and so begin making money from their business. 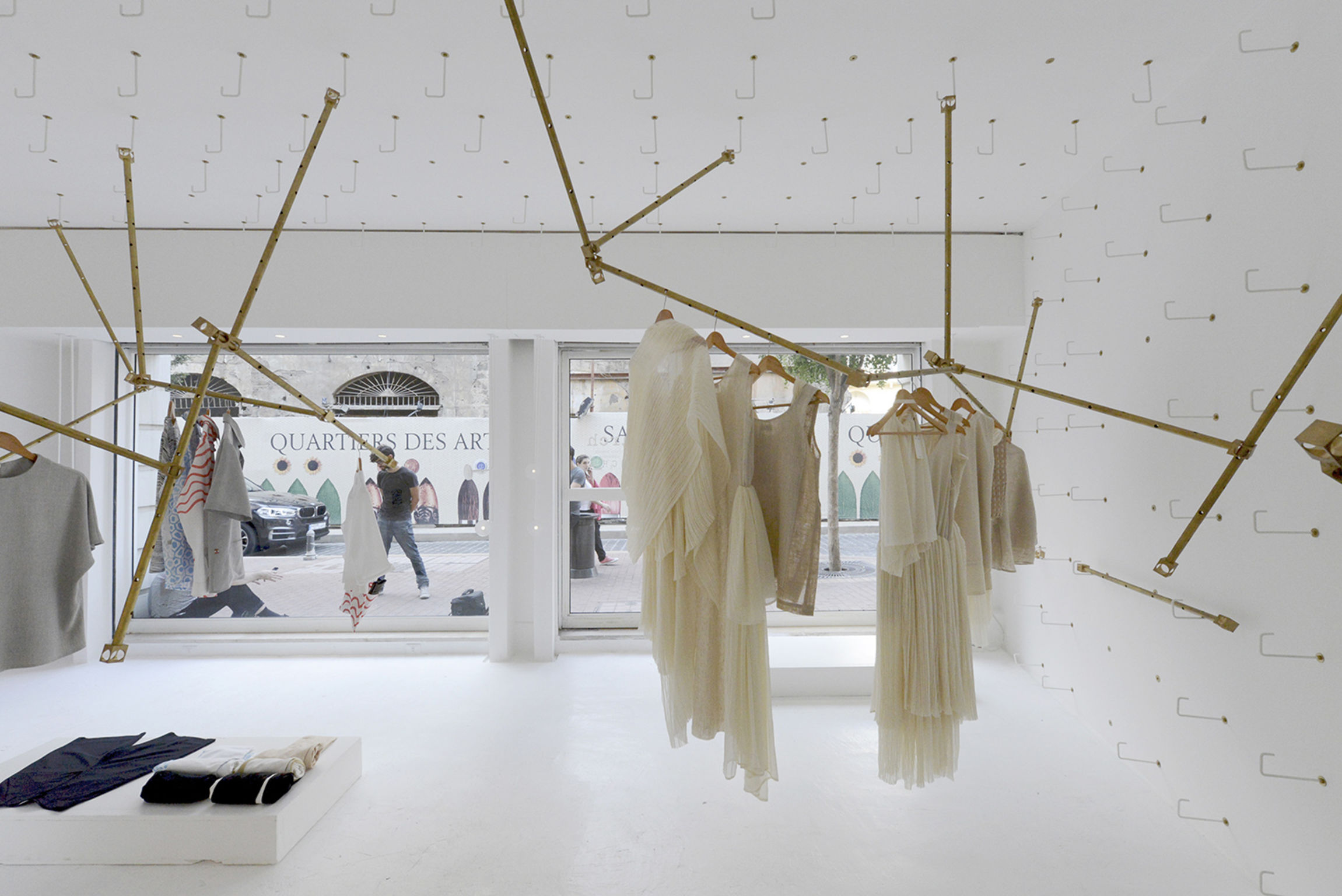 All of these platforms nurture young artists in the region at the beginning of their career, equipping them with the skills and support to ensure that they are able to grow as artists and designers. Each of the foundations not only has a focus on art, but also on education, with programs that ensure interaction between audiences on both a local and global level to bring arts from the Middle East region to an international sphere.