“Spotlight on Lebanese designers” at Milan Fashion Week , an initiative by Sara Maino

Sara Maino at La Camera Nazionale della Moda Italiana launched the “Spotlight on Lebanese Designers – CNMI in support of the new generation of Lebanese Talent” project, a gesture of solidarity towards the citizens of Beirut post August 4th and the massive blast that left the city shattered. 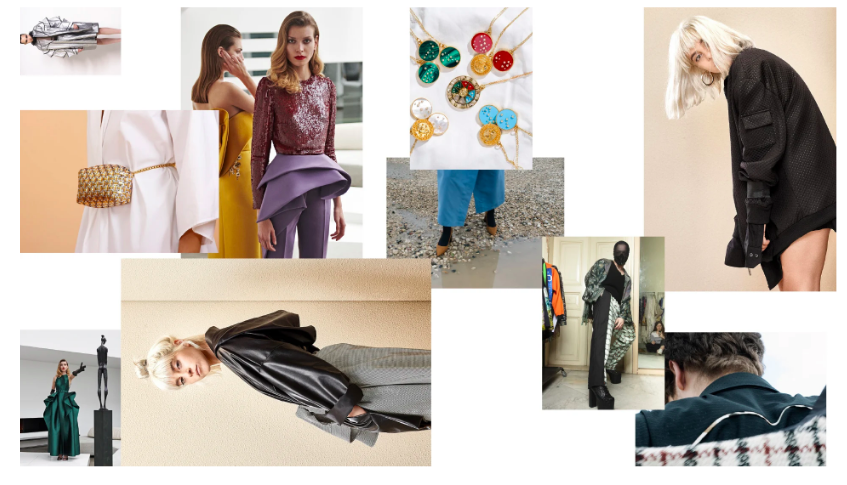 With the very complicated current socio-political and economic context Lebanon currently finds itself in, most of these creative forces are naming anxiety, fear or denial as a starting point for these new collections.

Intense and full of emotions, Emergency Room Beirut‘s videos showcased different protagonists standing in barely lit elevators, evoking their struggles, their fears and what they except from Lebanon and the society. The atmosphere is heavy and we can’t help but share the pain, the rage, the resignation sometimes. Hoda Ziade, who opens and closes the video, dressed in a yellow dressed held at the waist by a thick leather belt, sums up the situation with these words: “In the end, it’s God’s will”.

The same kind of tone is set at Hussein Bazaza, where his muse Zeina Farhat is playing the role of an actress auditioning for a role. We can see her appear “confused and fogged when asked to tell us anything about herself. Frozen, embarrassed, disoriented and intimidated, with no knowledge of what to say.” Bazaza evokes a cold year and a need of protection, that he translated into a lot of outerwear in this collection, despite it being for next Summer. A lot of feelings are expressed for Bazaza this season who handpainted on toile some of the garments, sharing with us his current emotions. The designer went lighter on embroideries and beading this time around, letting the pieces speak for themselves with some impeccable tailoring, pleats, geometrical cuts and some monochromatic pieces.

In another video, Roni Helou focuses on the “ever-deepening global water crisis”  and shares a glimpse of what this very crisis looks like in Lebanon today. Helou who has at heart to create sustainable clothes that help participate in slowing down the creation of waste, solely use old and dead stock fabric to create this new collection. Roni emphasizes on earthy tones, punctuated by light and airy colors betting on asymmetrical cuts and deconstruction that are one of the label’s signature and strength.

As per Atelier Nawbar, Azzi&Osta and Boyfriend The Label, their respective videos help us know more about their brand and their stories, proving once again that Fashion made in Lebanon and its new key players are real game changers that are here to stay, despite all the difficulties.

We leave you with Emergency Room’s video who will most certainly give you the chills it gave us too.