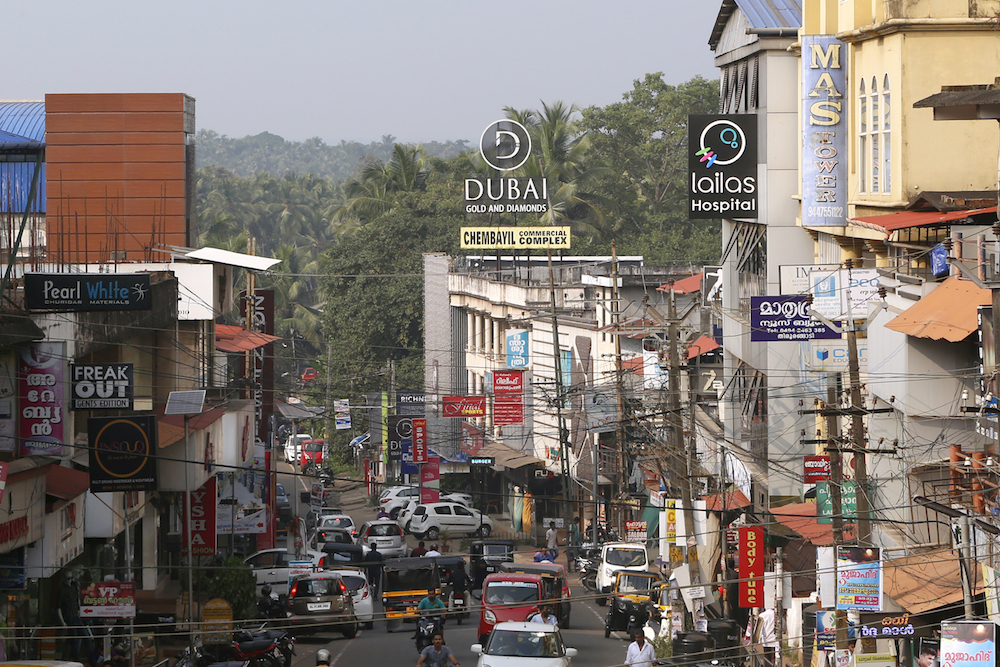 In a recently published Guardian piece, Oliver Wainwright writes about the resurrection of the World, an ambitious Dubai mega project consisting of an archipelago of three hundred man-made islands, shaped to form continents. The World along with several other similar hypermodern Dubai architectural projects had to be put on hold following the economic recession of 2008 and which are now witnessing a revival a decade later on. 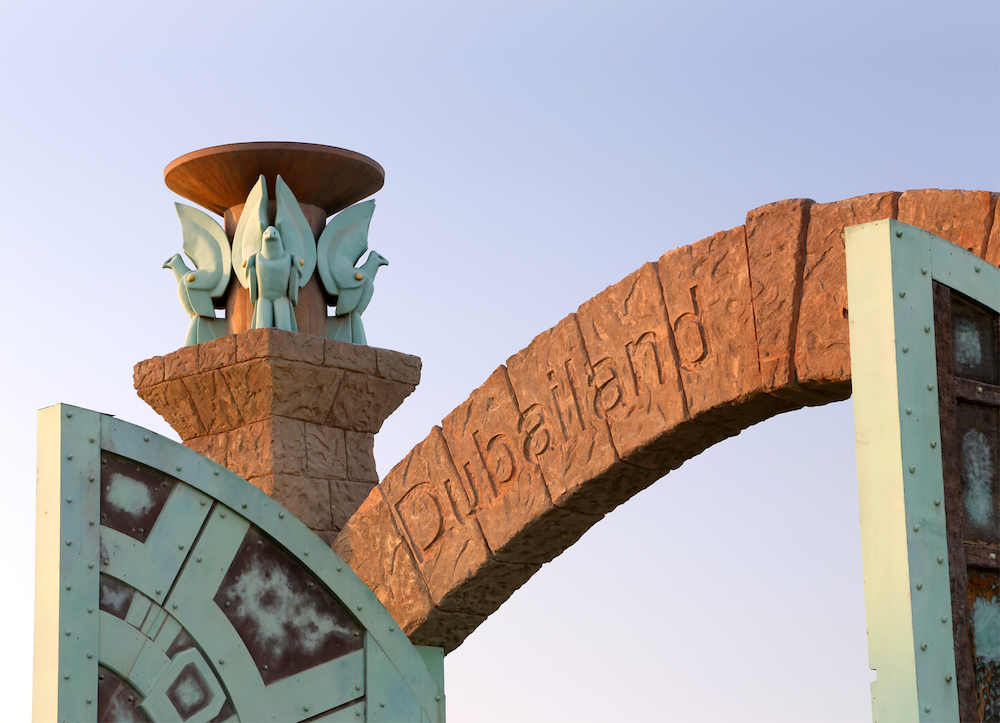 It was a Dubai haunted by the eerie ruins of such unfinished mega projects in which Sophie-Therese Trenka Dalton found herself in 2009. A half-American half-German installation artist from Berlin, Trenka-Dalton had been interested in architecture for a long while. “Architecture represents the manifestation of processes and materiality of a society and culture,” she says. Having been working with motifs from the Arab world: Ancient Mesopotamia, Assyria, and Babylonia, her earlier work, City of Commerce (2008), for instance, had reflected a convergence of those motifs and themed architecture which shaped Los Angeles in the beginning of 20th century.

Whilst the artist had earlier been engaging with ruins of a distant past, “the construction of history, or fiction, rather, retroactively asserted as reality”, as she puts it, Dubai saw her in turn contemplating what she describes as architecture which projects itself into the future, a not-yet: an archaeology of the future.

“The trigger, or starting point, you could say was seeing renderings of Palm Jumeirah Islands – and I thought, I have to go there, [to Dubai],” she states, pointing out that date-palm motives had been recurring in her work for a while.

Trenka-Dalton also noted similarities between Los Angeles and Dubai beyond those of landscape and climate. “I sensed a same kind of surrealness in Dubai that I had seen earlier in Los Angeles,” she says, remarking that if Los Angeles was very much the metropolis of the twentieth century, then Dubai is that of the present one. 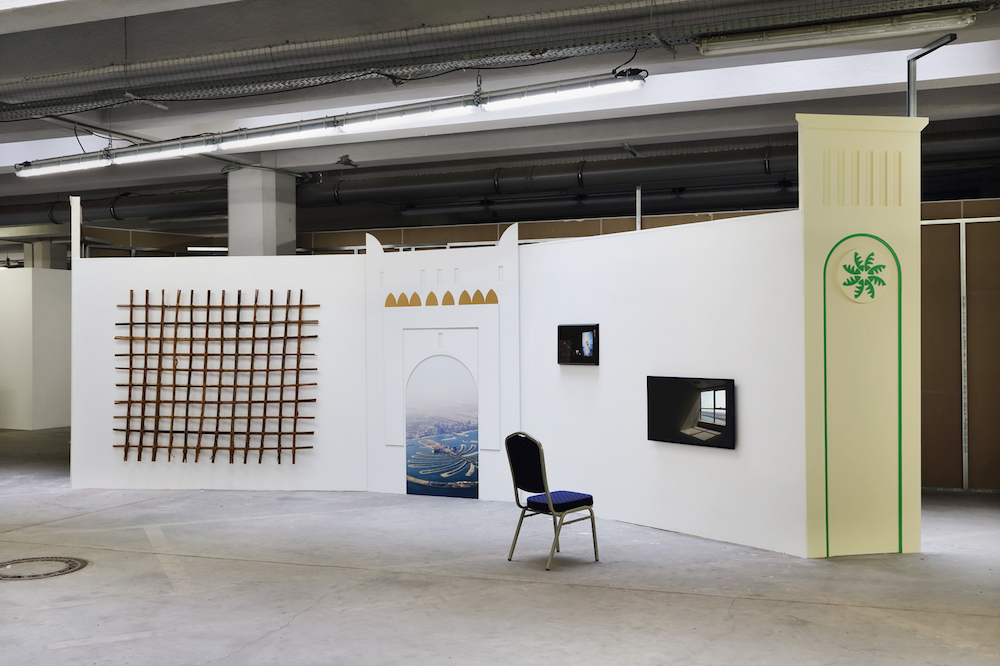 The artist thus arrived in a Dubai populated by what she describes as “imploded mega projects.”  “It was so empty and desolate,” she recalls of her meanderings through the city, particularly focusing on those liminal spaces where the new city transited into that of the surrounding desert; in any case, her focus being the aesthetics of the architecture, the photographs of these abandoned urban ruins devoid of people strongly evokes a sense of a ghostly, deserted desert city.  The name of her project, Dubayyland was in fact derived from an unfinished mega project, Dubailand which was poised to be an giant entertainment conglomerate consisting of resorts, parks, and hotels in the desert. Dubayy being the initial translation of the city into English, Trenka-Dalton’s work also transliterates the fantastical excess of Dubai into a minimal, striking collection of photographs, readymade installations, and a film through Dubayyland, which she exhibited in 2014.

A new Dubai however presented itself to her when she arrived in 2014 though, having majorly transformed from what she had seen during her earlier visits. “I had previously found it much more accessible and easier to navigate the city, it was now a radically different place,” she says. Dubai’s 2014 avatar was in significant contrast to the city dominated by mute, unfinished structures she had seen back in 2009, vividly exemplifying the financial crisis, what with a construction boom once more taking place. She also observed how a conscious construction of and incorporating a national identity into the national historical narrative was in turn now spearheading the construction of heritage architecture. 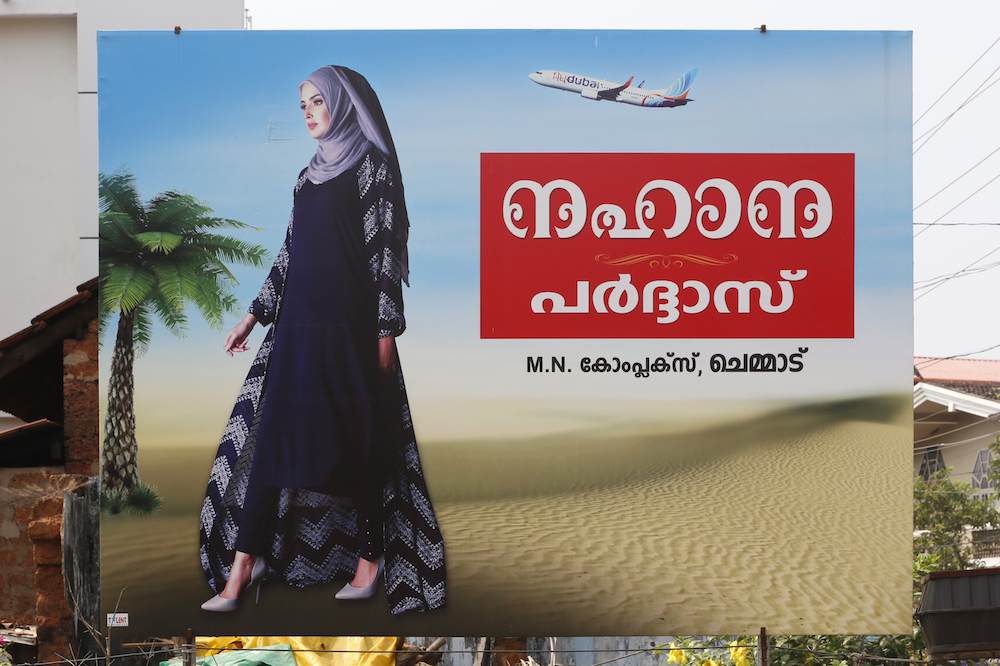 Yet, the artist rarely encountered Emiratis apart from in an artistic context; the majority of her interaction happened to be with those of numerous middle-income families in the second-third generation that shuttled back and forth between Emirates and the countries of their origin. “Dubai is very contemporary and a crossing point; it’s shifting the centre, becoming an information gateway to Asia/South-east Asia,” she says. It was these generations of people which she met in the art world that greatly intrigued Trenka-Dalton, compelling her to think about the duality of their relationships with the city which they called home and that of their homelands. Dubai-based writer and originally belonging to Kerala, Rahel Aima was a representative of this generation; her text, ‘Passage to Kerala’ (2016) unpacked the complicated, complex way she related to her homeland as a Gulfi, a term used for Gulf-returned expatriates. The text subsequently played an elemental role in charting out a future trajectory for Trenka-Dalton’s project, forming a blueprint, so to speak.

Late last September, Trenka-Dalton got the opportunity to go and spend two months in Kochi, Kerala, thanks to the Bangalore residency programme, a long-term collaboration between the Goethe-Institut / Max Mueller Bhavan Bangalore. “I arrived with certain points of research in mind. I was interested in seeing the exchange of financial remittance from the Gulf and how it manifests there,” she says, architecture (such as the homes constructed by Gulfies) and personal stories being her foci of interest in her residency.

“It went slower and more challenging than I had imagined it to be,” she says, pointing out that she was constantly very aware of being a tourist and foreigner in India whereas Dubai afforded her the opportunity of being multiple personas at once, finding an elasticity in people’s willingness to speak and connect there. “I was confronted with making a work about a space which was radically different to that of Dubai.” Her initial idea of speaking to people and collecting personal stories did not materialize as she anticipated. “Leaving Kerala to work abroad is totally integrated into and common in the society. I found myself hearing stories which were expected such as buying a house or getting a sister married,” she says, mentioning that these were not the stories she wished to tell in her work. “I re-directed my energies towards focusing on the architecture, producing a video which would take me back to my starting point, Rahel’s work,” she says, adding that she wants to work on another such text with Rahel, which she will include in the final iteration of the project along with their conversations about it.

The material she has so far gathered for the project called Gulfi includes two film clips. Based in a former warehouse located on the seafront, Pepper House, Trenka-Dalton observed that there was an International Container port across the space, which incidentally happened to be operated by the Dubai Ports World.  “It is a free-zone, a narrow space between two islands home to diverse traffic. You can see ginormous oil-tanks, cargo ships, and military ships along with smaller tourism boats, ferries, sea-patrols, and fishermen,” she describes the scene. She filmed the choreography of these ships’ passages, the clip tangibly embodying the trade connection between Kerala and Dubai. In a second video, she captured a variegated assortment of signage of shops, supermarkets, and malls which are advertising Gulf/Dubai and featuring Gulf iconography; in one sign, one spots the picture of the Dubai ruler while the National Gulf Hypermarket invites you to literally consume the Emirates in form of food items. The presence of these static signs while the city swirls and streams past them conjures up a sense of the Gulf-returnees/expatriates locating and viewing themselves through the prism of their once home while their homeland moves on. Trenka-Dalton also mentions that there is a lot of Arabification occurring in Muslim-dominated areas; the viewer sees glimpses such as the shops selling a typical Arab fragrance, oudh or an abaya shop called Khaleej Parda, which is an interesting mash of language and culture, Khaleej referring to the Gulf while Pardah is Urdu/Hindu for veiling.

Trenka-Dalton’s work spans from exploring the hypermodern architecture of Dubai, which she describes as the definitive city of the twenty first century to the imprint it has left upon those who call or once called it home in a city thousands of miles away, Kochi, creating a robust dialogue about migration and globalization and how its impact manifests in diverse material and cultural forms.