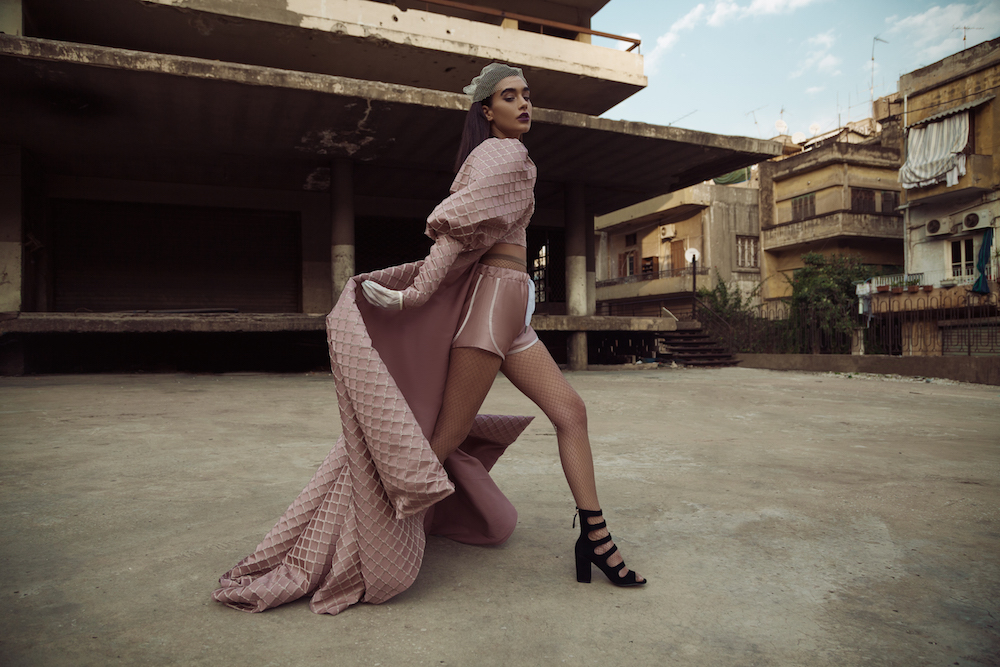 She will turn heads, bring them to their knees and move on without breaking a sweat…  that how I would describe the Kojak woman is his latest capsule collection, “K.O”, that blurs yet again the line between feminine and fierce. 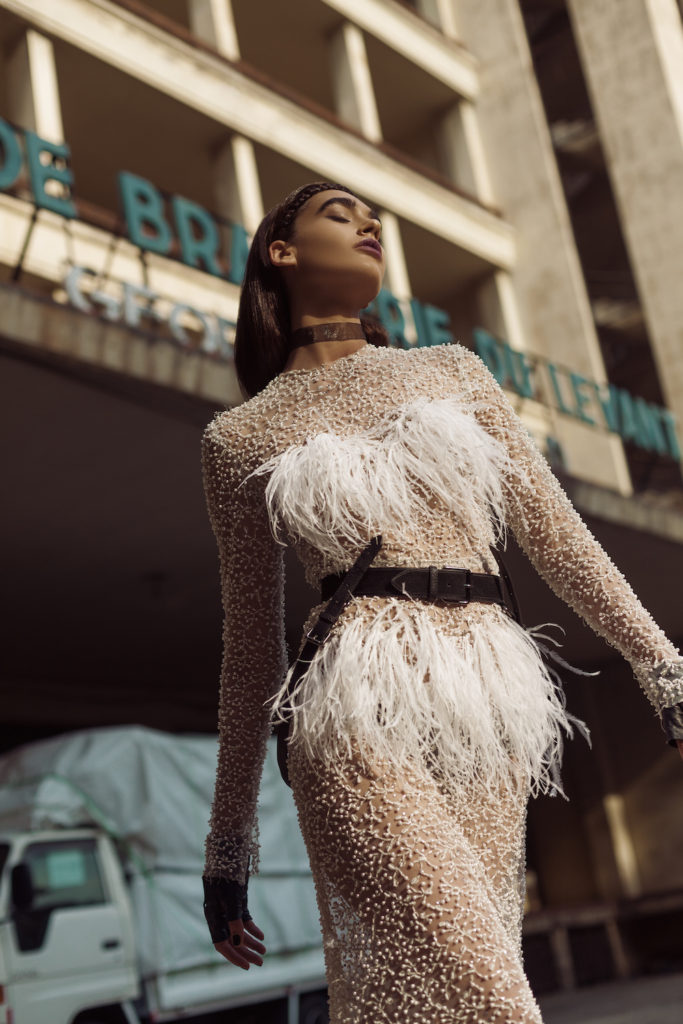 “This contrast was the main theme that I wanted to emphasize,” said Mohanad Kojak, the designer behind his namesake brand. “I didn’t want the look to be fully feminine or regal; I don’t like sticking to what’s typical,” he said. That’s why he avoided featuring locations that would directly give away that the shoot took place in Beirut, a city with lots of contrast between modernity and heritage; delicate and rough.

In order to achieve this, Kojak was keen on collaborating with industry professional, Ghina Maalouf, who has vast experience in fashion directing while working for Elle Arab World magazine, to come into the shoot with a different approach, adding a more international feel to it. 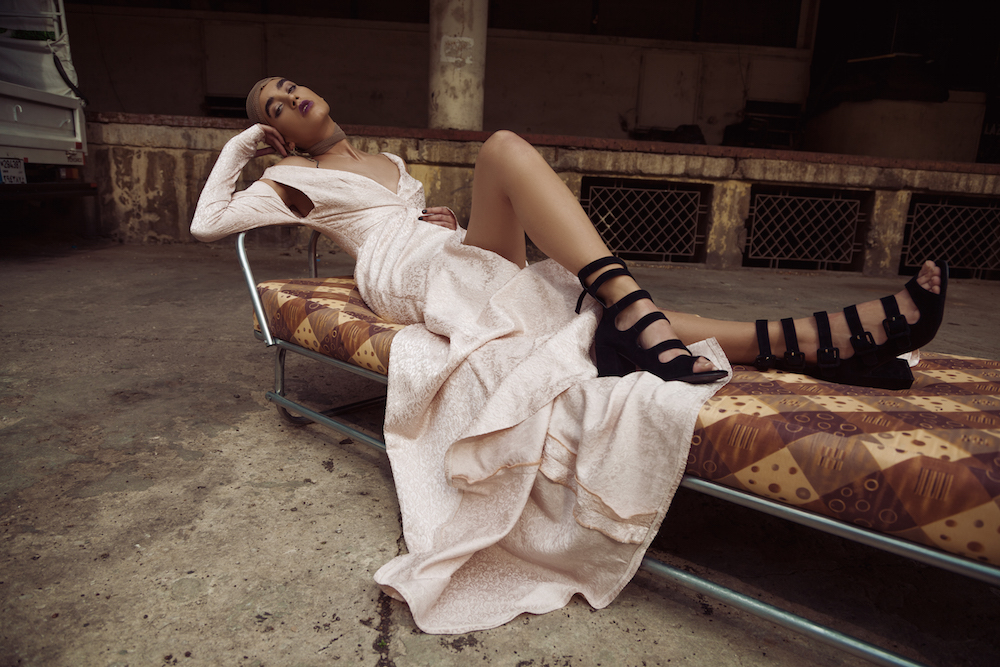 The shoot, focused on the typical urban prosaic

exteriors opposing the feminine silhouettes of the collection. It featured dresses with an experimental edge, voluminous skirts and different textures.

“It’s all about the small details,” Kojak said, referring to the little elements that make up Beirut, which he portrayed in the collection through the different textures and details. As for Maalouf, she translated this into the shoot through the juxtaposition of the delicate silhouette of the costumes with a grungy twist, lent through the locations and props, like a rusty staircase, a kitsch foldable bed or by some of the accessories used, such as a fishnet stockings covering the model’s head, a pair of wellies boots complementing a bustier gown or a plastic bag used as an elaborate headgear.

It’s no surprise that Kojak went back to the Lebanese capital for his latest shoot for his capsule collection “Knockout”. After his experience at Project Runway Middle East, which took place in Beirut, Kojak found himself roaming back to the place, which lent him further grounding in the fashion industry.

“Project Runway really helped me delve deeper into what makes Kojak what it is,” he said. He added that it has helped him stay true to his identity as a designer, but in a more mature, refined way. 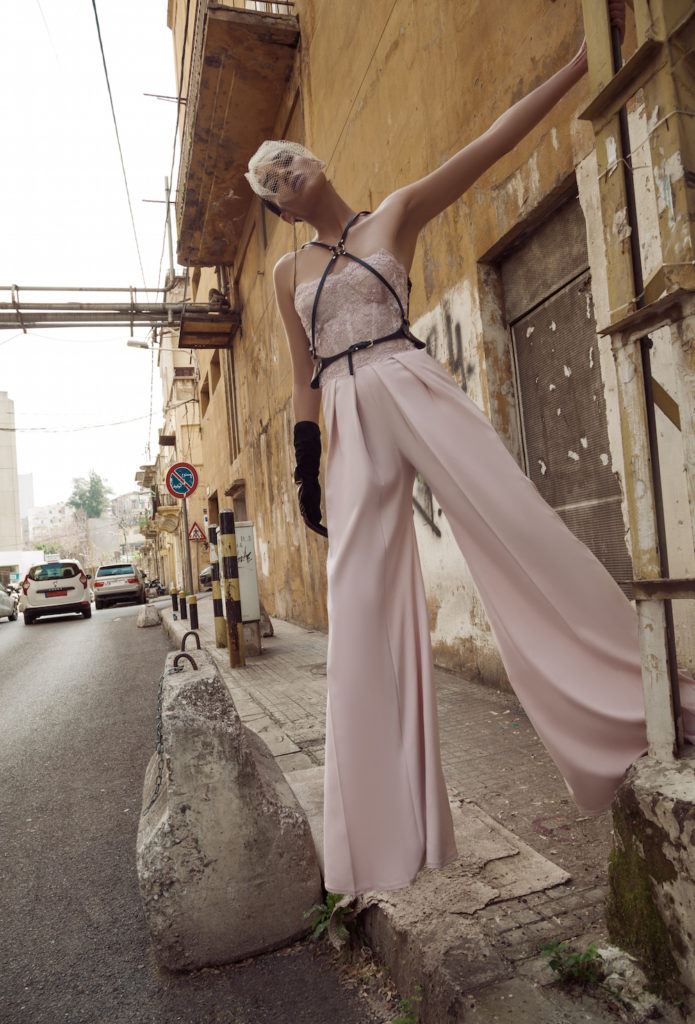 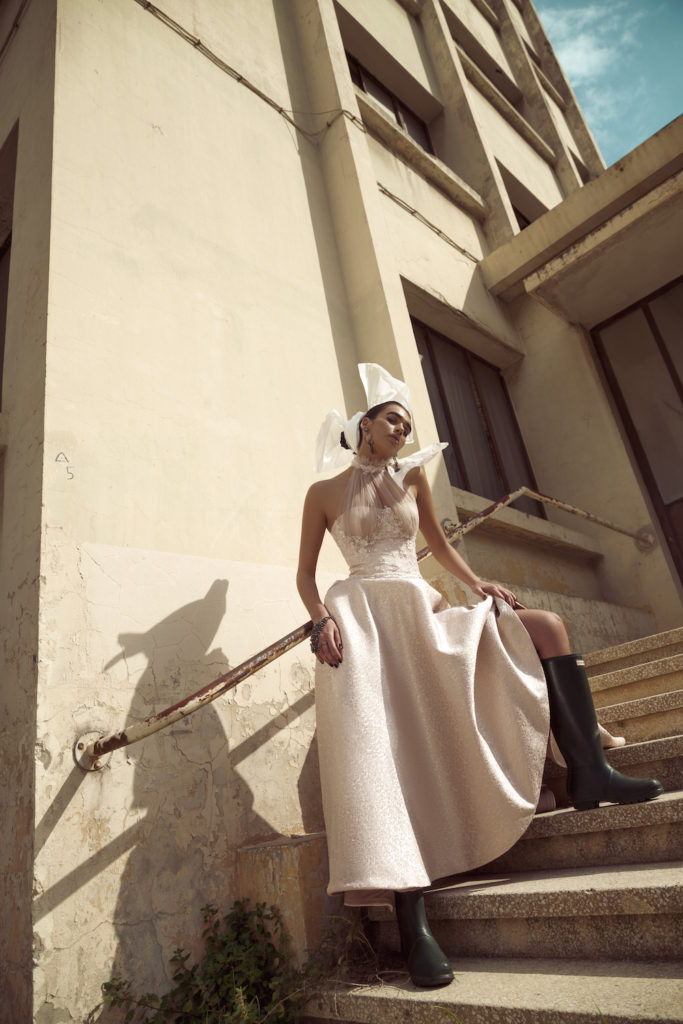 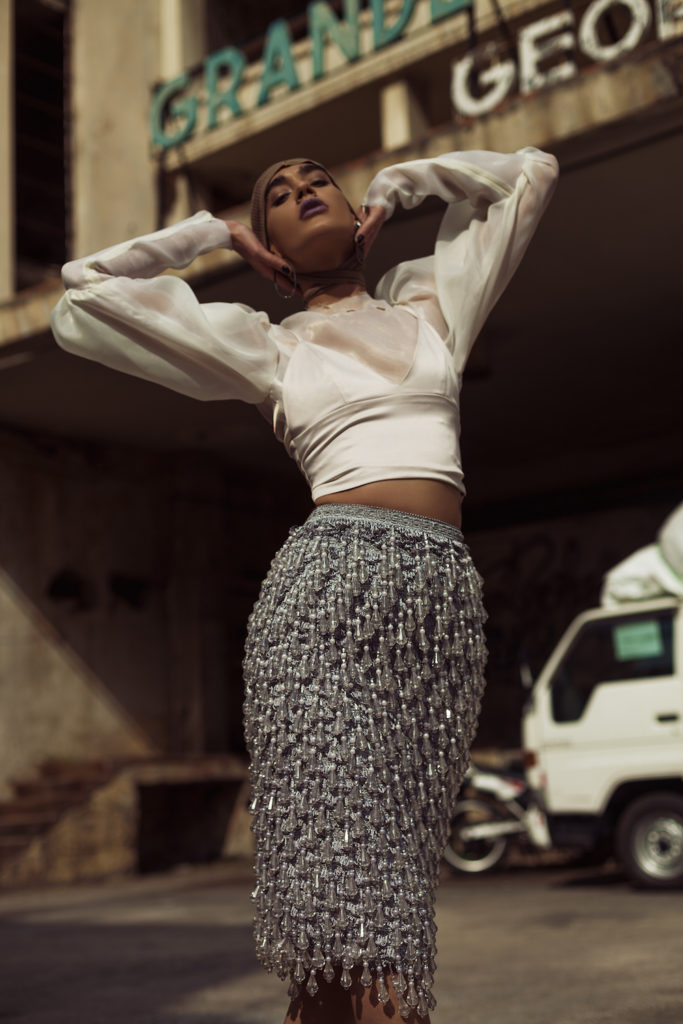 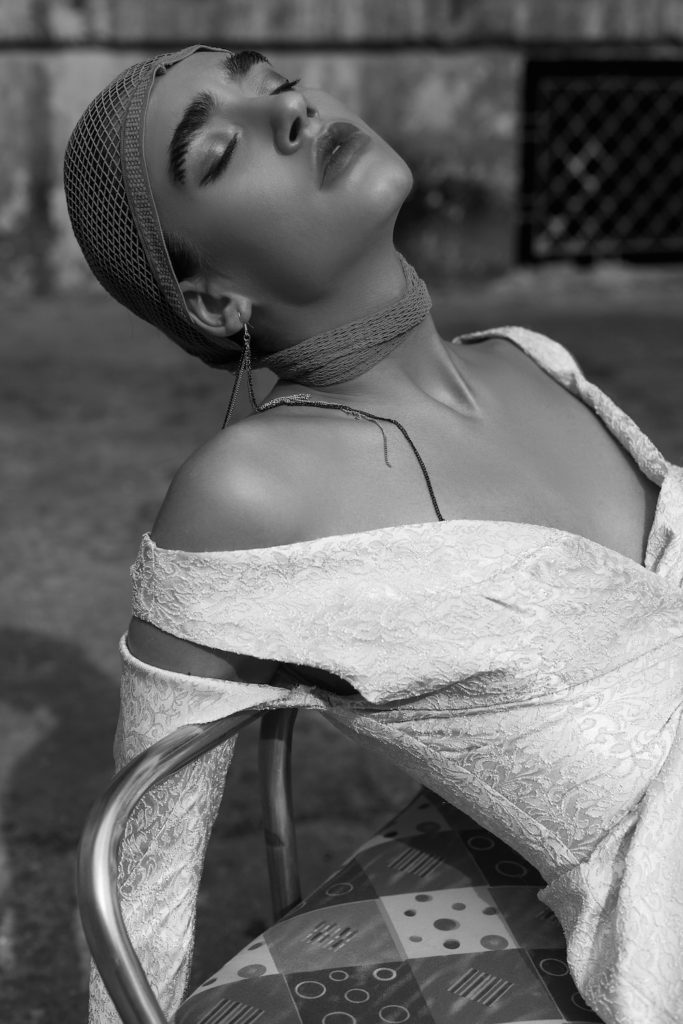 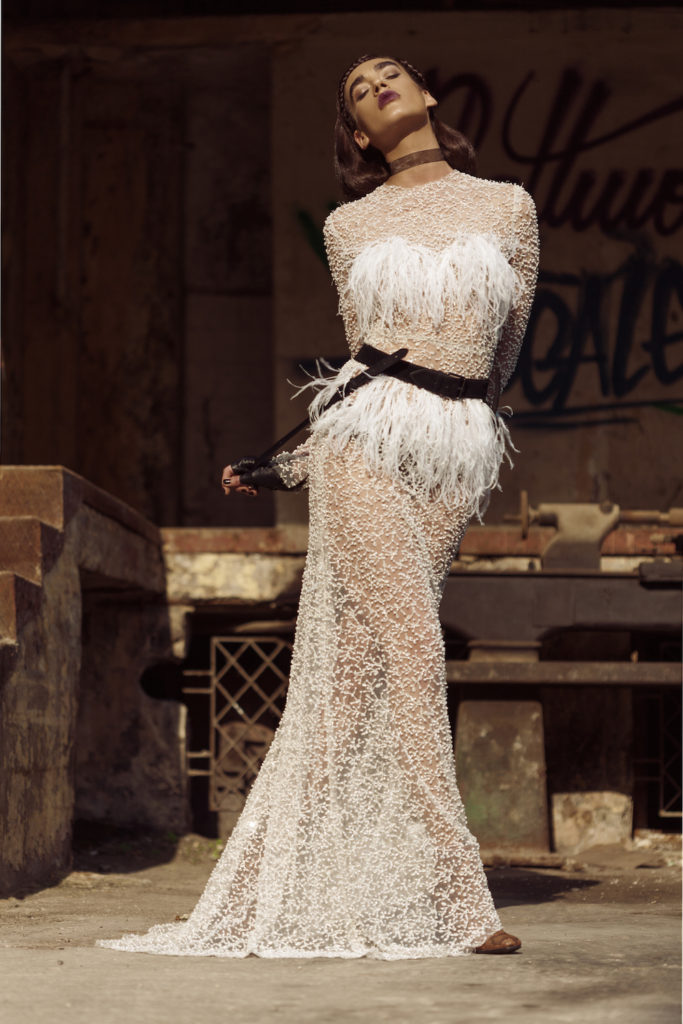 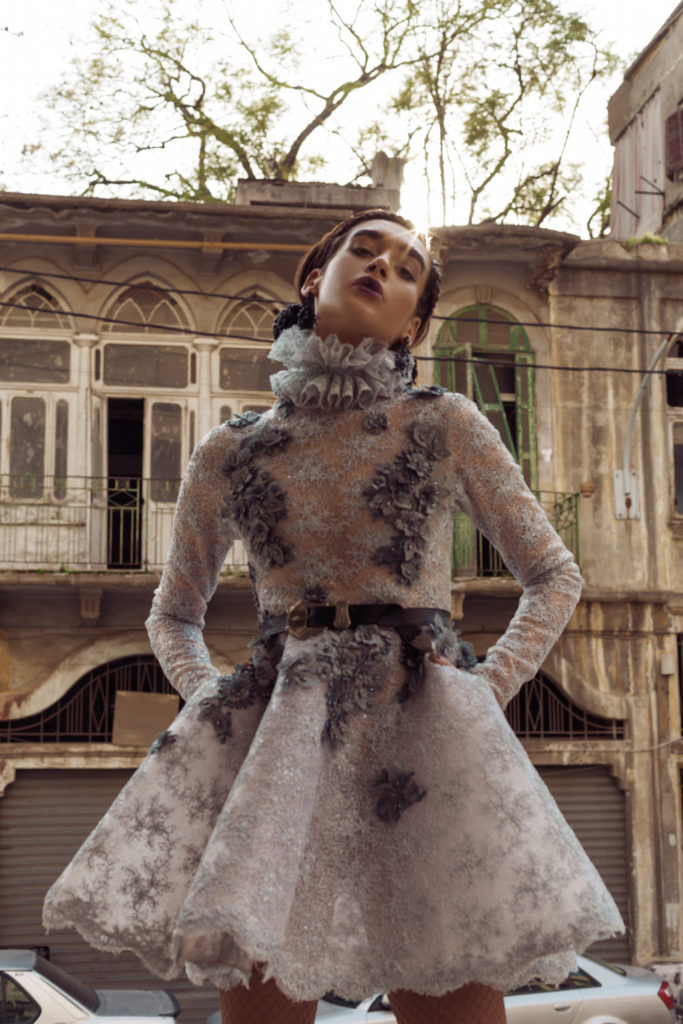 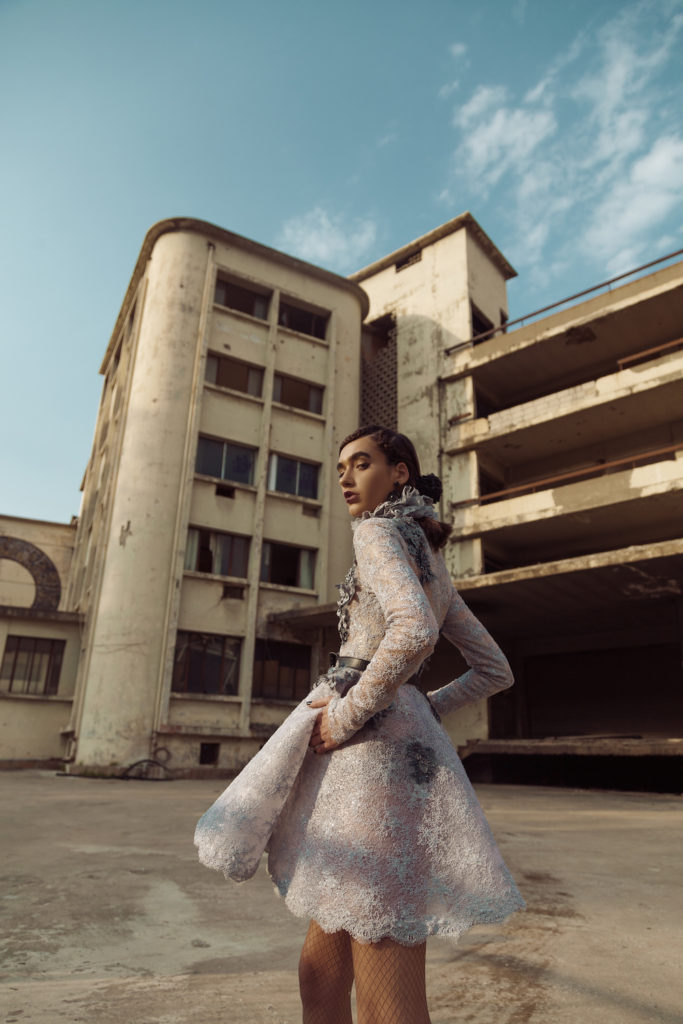 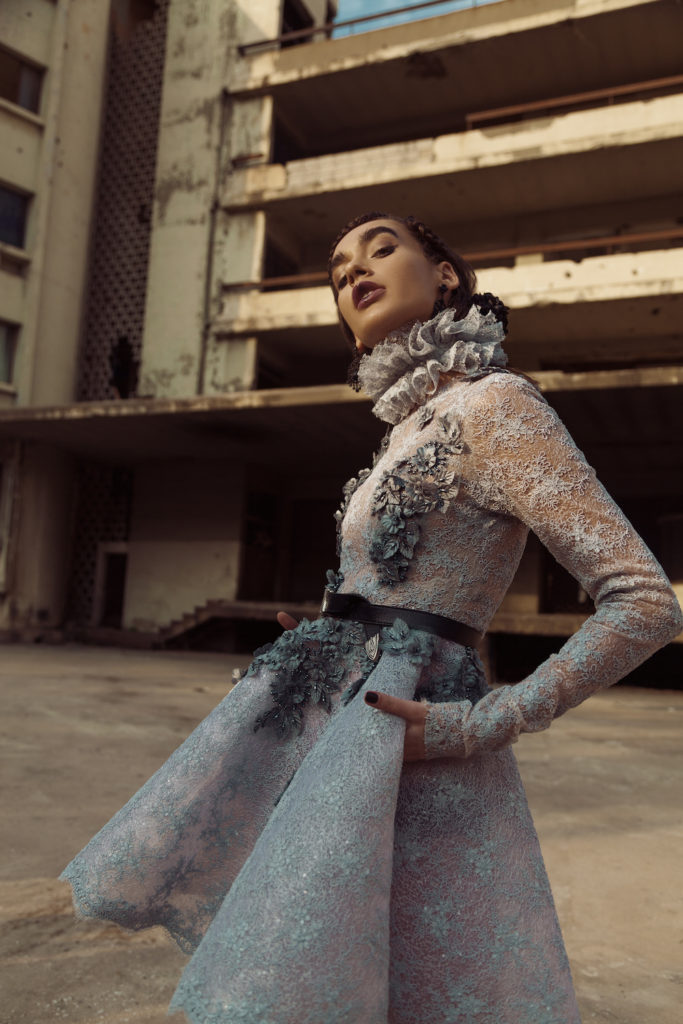