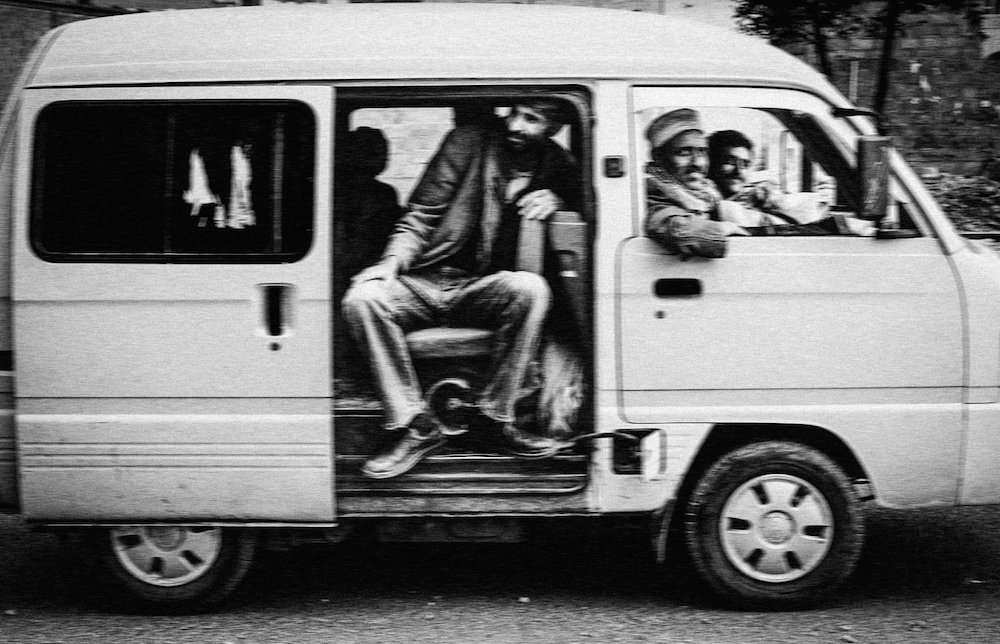 On Echoes of Invisible Hearts: Image Making and Popular Archiving in Times of Unrest | Yemeni art comes to Beirut

In JDEED 4, we (re)introduced you to Yemeni Art, through the collective Diwan Al Fan and its talented artists.

It is soon time to discover their artworks live from Beirut! On Echoes of Invisible Hearts: Image Making and Popular Archiving in Times of Unrest, a group show curated by Lila Nazemian will run from April 17 to May 5, 2019 at STATION Beirut, and will feature works by Alia Ali, Yasmine Diaz, Arif Al Nomay,Thana Faroq, Ibn Seera and Rahman Taha. An illustrated catalogue by Yemeni designer Zulfa Ishak will accompany the exhibition. 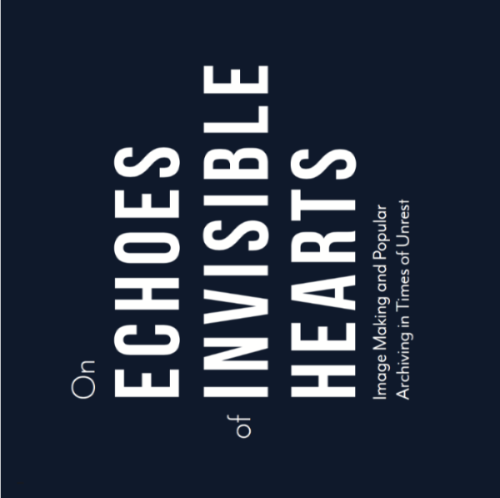 On Echoes of Invisible Hearts is a series of location specific exhibitions, each featuring a varying group of artists from Yemen and its Diaspora. The first edition, subtitled Narratives of Yemeni Displacements, was held last September 2018 in Berlin. The second edition of this series,Image Making and Popular Archiving in Times of Unrest, takes place in Beirut so as to generate a dialogue between the tumultuous internal strife that has historically and presently unfolded in both Lebanon and Yemen. The show features artists who reimagine dominant national narratives through independent documentation and without glorifying or mystifying the current war that is ravaging across Yemen. Instead, they question the ways in which conflicts are recorded by societies and present alternative paradigms of representation.

UNDER THREAD is multi-media installation by Alia Ali exploring the imbedded relationship between American weapons manufacturers and the U.S. government, and their shared responsibility for carnage taking place globally. She specifically addresses the bombing of Dhayhan that took place on August 9th, 2018 where a Lockheed Martin missile claimed the lives of forty-two school children on a field trip. This body of work addresses paradoxical notions surrounding conflict and peace, active participation and passive absenteeism, hopefulness and despair, complicity and ignorance, government involvement and individual participation. Also on view by Ali, are photographs from her BORDERLANDS series that record the diversity and beauty of traditional textiles from various regions across Yemen.

Sourcing content from U.S. news outlets, The Wall Street Journal, The New York Times, and the Los Angeles Times among others, Yasmine Diaz focuses on the disproportionate distribution of information about one of the most dire issues of our time: the war in Yemen. In her latest mixed media collage, Fool’s Gold, Diaz creates an abstract graph that correlates the sudden rise in coverage about Yemen with the murder of Jamal Khashoggi, furthermore depicting that as the media slowly moved on from reports of the murder, so did their attention towards the war in Yemen.

The Corrupted Files project by Arif Al Nomay consists of digital photographs taken of the 2014 Sana’a Summer Festival, before the latest hostilities in Yemen erupted, many of which were inadvertently corrupted on the artist’s computer. These new images are essentially compilations of multiple photographs, with some sections and color left intact, while others are pixelated. For this exhibition, over 80 corrupted and uncorrupted images comprise a large-scale grid installation that reveal an ominous and eerie view into a normally cheerful cultural celebration.

Thana Faroq’s series, In Search of Lost Photographs, was born out of the partial loss of the artist’s photo archives of Sana’a. The images of this series possess attributes that simulate the appearance of digitally scanned archival photographs. This is however a fabrication by the artist, who has not located her lost photographs but has instead (re)created them. The making of this series is an exercise of remembering which ultimately blurs fact and fiction, reality and recollection.

Ibn Seera’s video, (de)Contructed Heritage, documents the shifting nature of architectural structures over the course of multiple conflicts in his hometown of Aden. By researching and juxtaposing images from the past and present of mosques, temples and synagogues, he reveals the evolving significance of built spaces with regards to larger political, religious and historical narratives of domination.

presents a multi-media installation exploring history and culture in Yemen through the experiences of Ali—an elderly man who has spent the majority of his life working on Yemen’s renowned coffee plantations. Through photographs, extended interviews and some objects belonging to the subject, who has lived through Yemen’s major conflicts over the past century, viewers are privy to a substitute history of Yemen: one which evades linear events revolving around the nation. Instead, Ali’s perspectives are facetious, mundane and at times, incomprehensible. 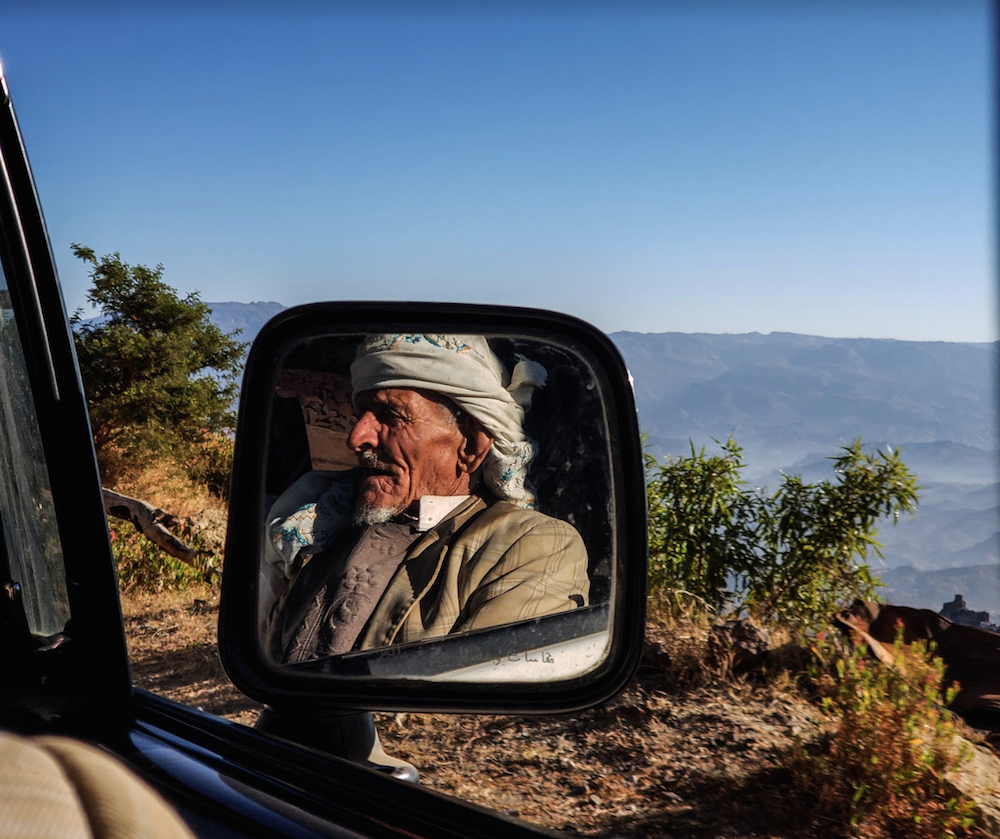 The works of the six included artists mediate the latest war, its larger traumas and their experienced displacement through the use of alternative tools of documentation. The liminality in scope of these works reflect the possibilities of an imagined future and a revised past. They represent some of the ways in which stories of this conflict will be transmitted to future generations of Yemenis and be instilled in their collective memory. On Echoes of Invisible Hearts challenges viewers to question their understanding of stagnant institutional histories, and to reflect upon instances of collective amnesia.

On Echoes of Invisible Hearts is made possible with the generous support of the Friedrich Ebert Stiftung (FES).