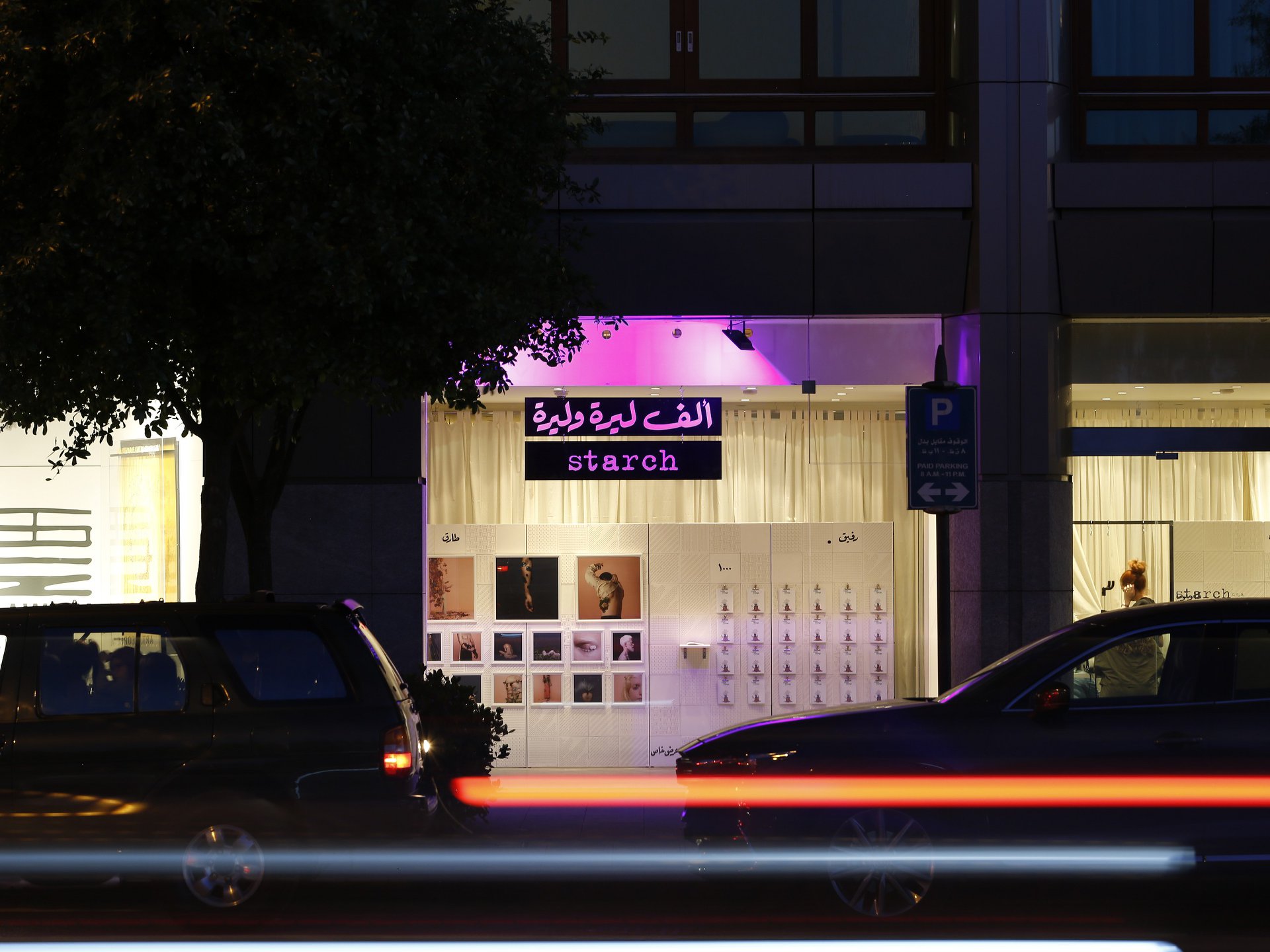 Meet the 3 Fashion Designers of STARCH 2018

After the successful launch of the new STARCH boutique in Downtown Beirut, JDEED went back to sit down with the three talented fashion designers of the 2018 generation. Rafah Seoud, Yassmin El-Saleh and Salim Cherfane told us about their experience and what it means to be part of the fashion design scene in Lebanon nowadays. 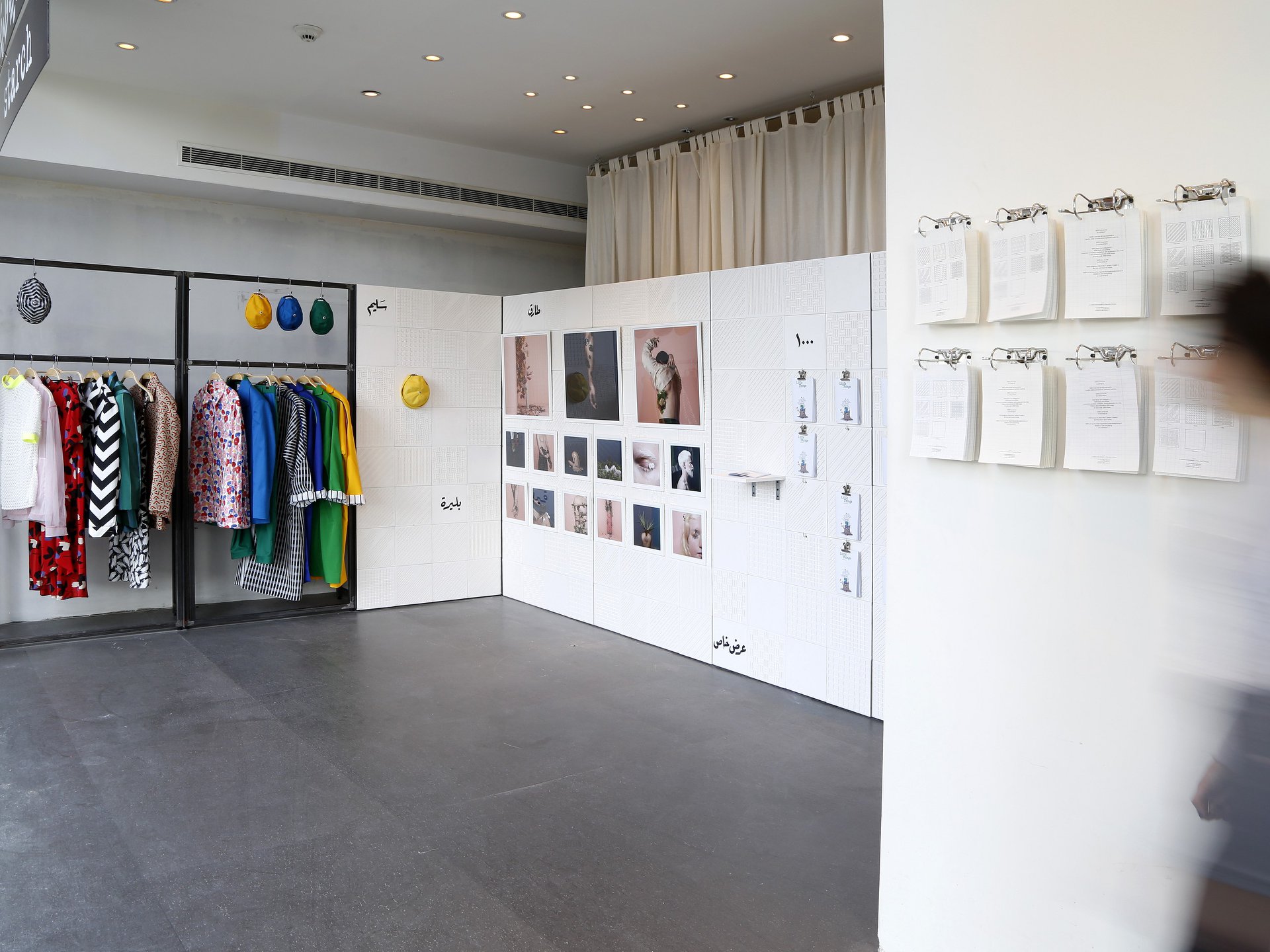 How do you describe your work? Can you tell me more about your collection?

Yassmin El-Saleh: My first collection, titled “Table Rase”, is mainly inspired by the mental state of the Lebanese people before and after the civil war. Instead of remembering, memories of the war were silenced, creating a social amnesia. I was inspired by looking at pictures of my parents and grandparents before the war. The color palette reflects both: Beirut in the 60s, when it was prosperous, in contrast with Beirut after the war. I also focused on creating a contrast between the fabrics I used, like the cargo pants with rough fabrics against something more fluid and colorful. My design philosophy has grown to be centered around minimalistic shapes, with a focus on craftsmanship, handmade textiles and tailoring. 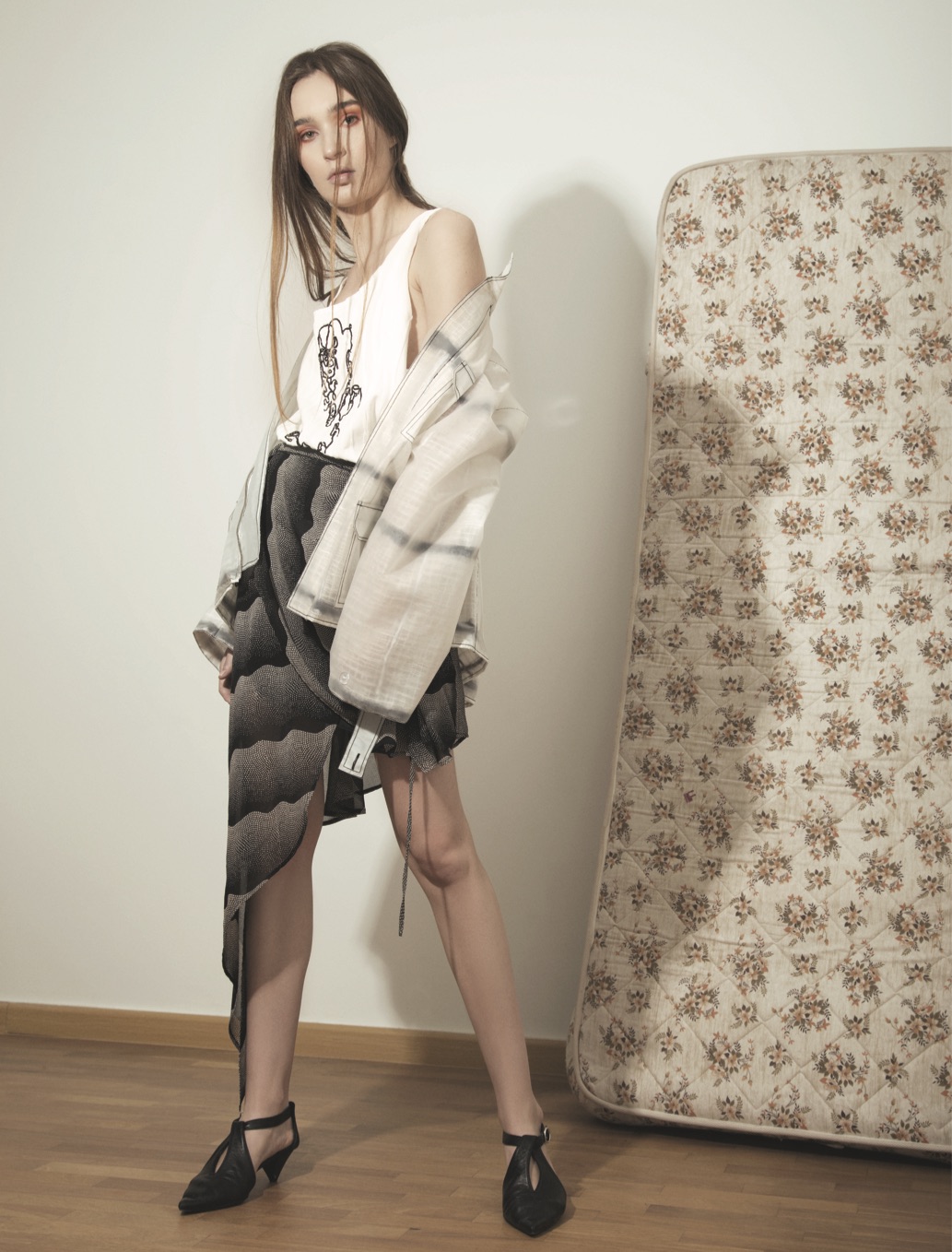 Salim Cherfane: All I wanna do is play. That’s my catch phrase. I didn’t study fashion design originally, I’m a Graphic Designer who wants to experiment with textile design and patterns. When I applied to STARCH I wanted to create something that had to do with fashion but didn’t know what. They helped me direct my thoughts into a brand. That’s how Jeux De Mains came to life. The brand is versatile, this way each year I can play with the themes. This year it is fashion, next year who knows… The initial collection is called “Jeux De Gamins” because I felt like representing child games and hand games, experimenting with fabrics, cuts, and colors. Mostly creating something that looks like me: colorful and happy! The whole concept around the collection is centered about being yourself, being comfortable. 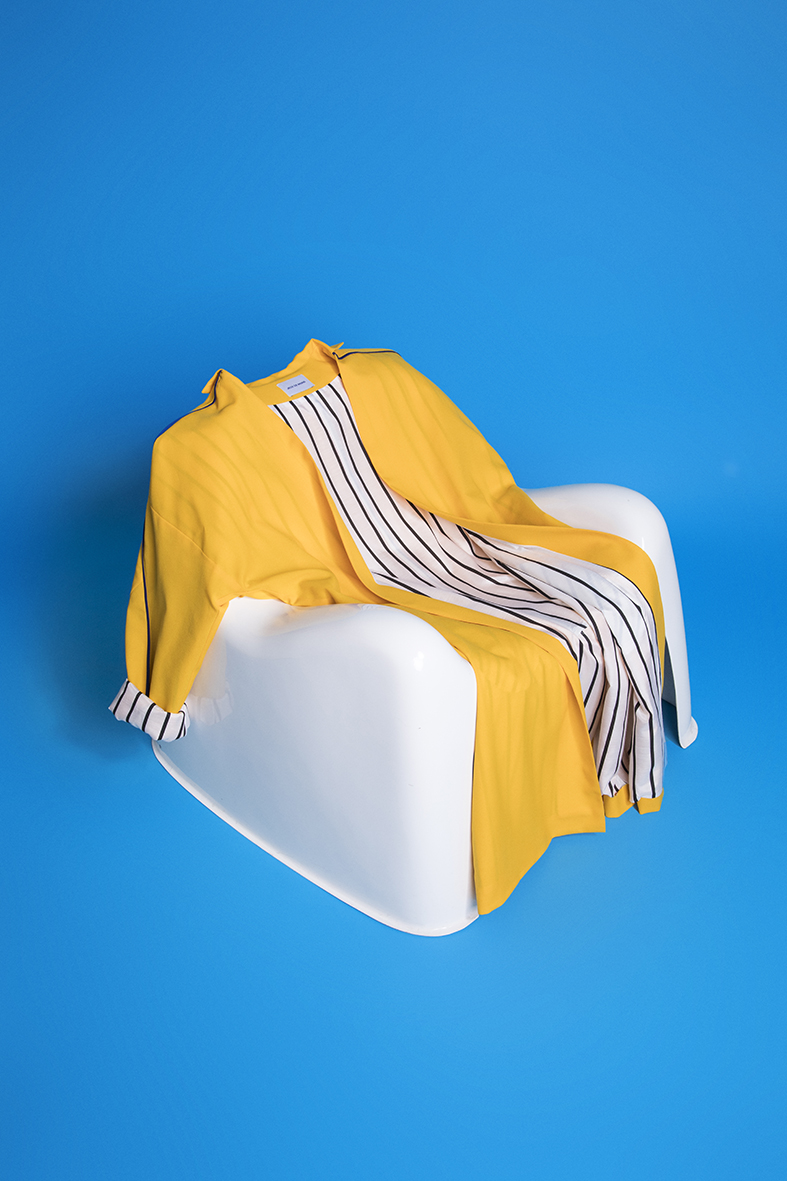 Rafah Seoud: After pursuing my studies in Fashion Design at the Lebanese American University in collaboration with London College of Fashion and Elie Saab, I graduated as a menswear designer. I first developed a special interest in menswear, but later realized that I didn’t want to limit myself to one style or gender. I want to expand as much as I can, and dislike labeling things. I mostly design for men because I personally dress from my father’s closet or shop from the men’s section. I don’t want sections to be a boundary. Ultimately, I wish to create an aesthetic that facilitates the transition between menswear and womenswear. This is why I entitled the collection UNITY, to unite all genders and races and species, to highlight the fact that we all coexist on this planet and respect each other. 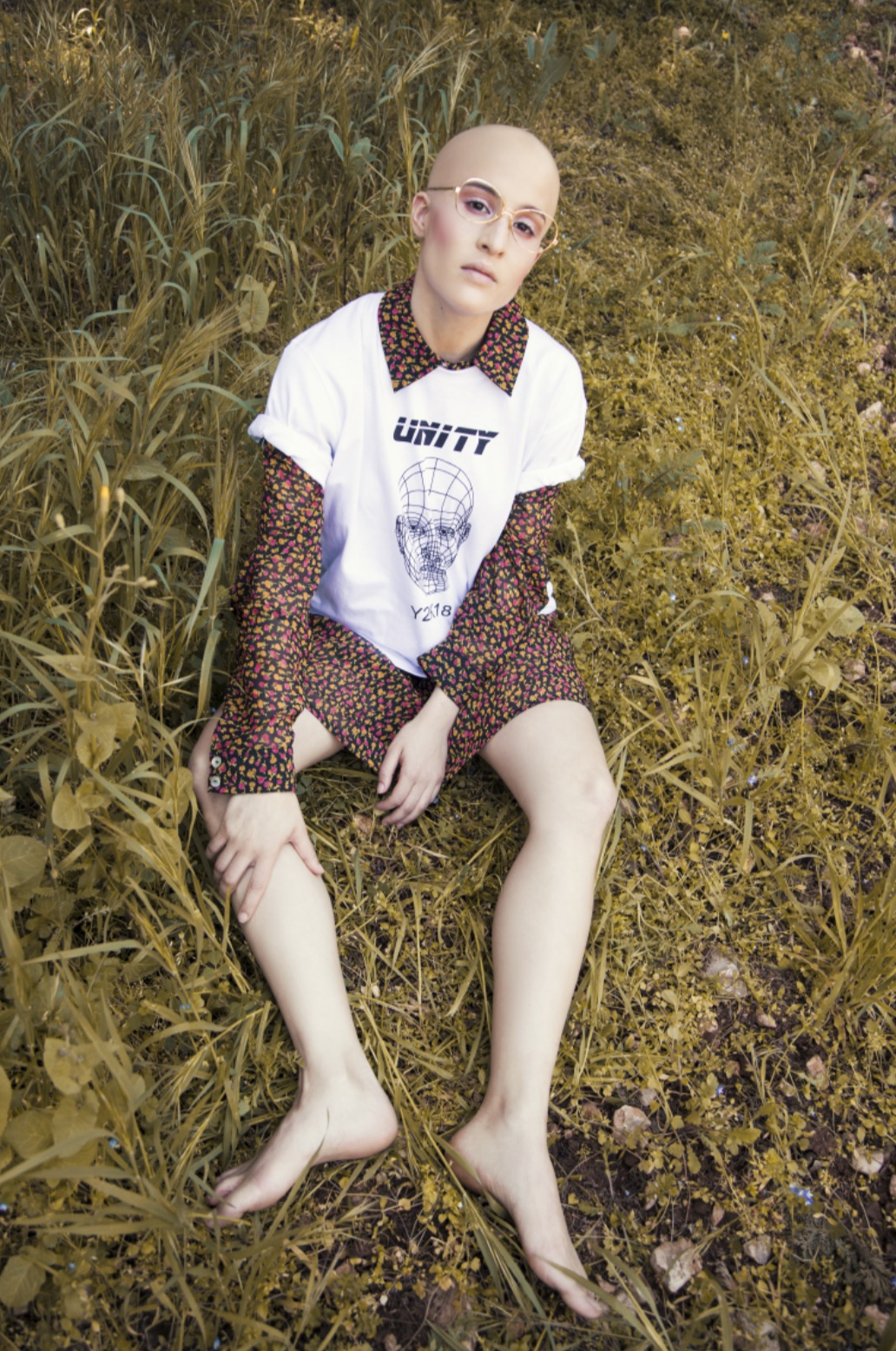 If you could dress someone famous, who would it be?

Y: Maja Wyh, the blogger, I love her style.

Also, Mary-Kate and Ashley Olsen. It has always been a childhood dream.

R: For me, I would be satisfied if anyone wears my design. But if I had to answer I would say Vivienne Westwood. It would be the biggest compliment.

Can you tell me about your experience with STARCH?

Together: As fresh graduates, it’s not easy to directly go into the market. There is so much to cover and focus on. The fact that STARCH is there, made it much easier for us to start somewhere. STARCH has been an immense support as a platform for young designers like us. They facilitated the process of starting our brand, and gave us the creative freedom to accomplish our own visions. Then, all of a sudden we find ourselves in a shop, with exposure, coverage, clients…

How do you perceive the fashion scene/market in Lebanon and the Middle-East?

R: The first thing people tell me is: “Oh! Lebanon is not your market, you should be selling in Europe, you would be more successful there…” I used to think that if I start my career abroad, I would get more recognition here. But I want to change that, I want people to stop saying that our clothes don’t fit the Middle-East, but rather western trends. We want people to be more free and not be afraid to express themselves through clothes, maybe even change consumer behaviors.

S: We want to expand to other markets, but at the same time, as Rafah mentioned, no one would be doing what we are trying to do here, in Beirut. People are becoming more aware of subcultures nowadays, and this is a start. We want people to see fashion with a new eye, to not be afraid to try new things, new colors, new cuts.

Y: I feel like there’s a norm that has been set in the fashion industry in Lebanon, by trendsetters, influencers… We don’t want to perpetuate the same trends and looks which are seen in this small circle. It has become oversaturated with the same content. We want to expand it to be able to fit more designers like us. We want to encourage local production as well. People tend to buy from mass produced brands instead of trusting or investing in slow fashion, made by Lebanese designers.

The three designers will be showcasing exclusive pieces for Beirut Design Week on June 26 at 5 pm at Sarah’s Bag boutique in Gemmayzeh. JEUX DE MAINS, YASSMIN SALEH and RAFA HOMME will approach different facets of Beirut, highlighting everyday problems that are neglected by our society. Their capsule pieces aim to generate a dialogue about the city, through patterns and prints. 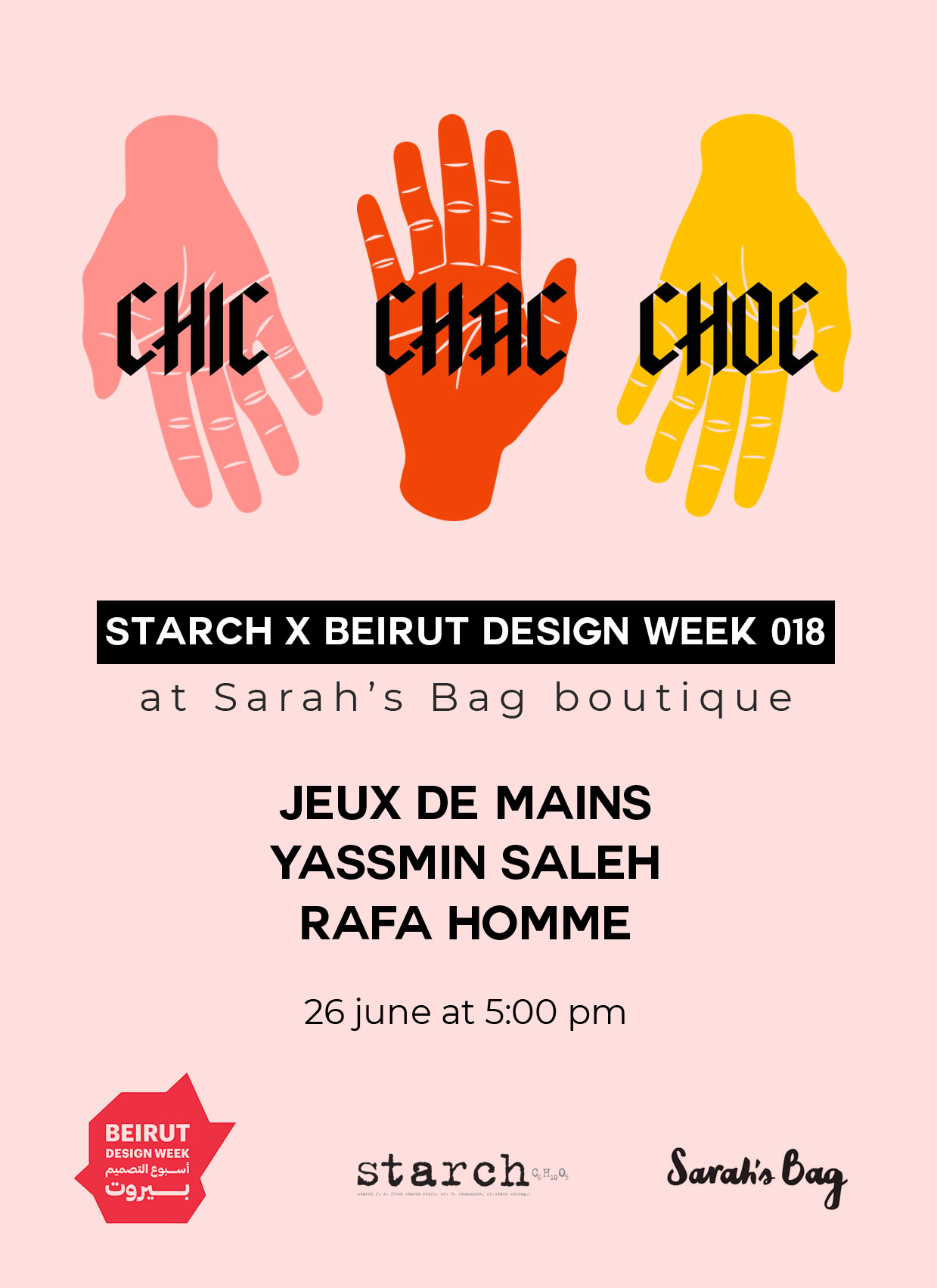