Dar El-Nimer for Arts and Culture presents Josef Koudelka: The Wall/Beirut, a photography exhibition that juxtaposes two of the artist’s photo series’, drawing parallels between stories of political and physical destruction across borders. The Wall illustrates the bleak reality of the Palestinian landscape which has been carved out by the Apartheid Wall, whilst Beirut documents the crumbling remains of buildings that were destroyed during the Lebanese Civil War.

1. Shu’fat Refugee Camp, overlooking Al ‘Isawiya, East Jerusalem.
When complete, the Wall will be approximately 700 kilometres long, more than twice the length of the 320-kilometer 1949 Armistice or Green Line between Israel and the West Bank.

Koudelka has a background in aeronautical engineering but his career in photography quickly took over as he began to use the medium as a means for political critique. From photographing theatre sets and gypsies to covering the invasion of Prague in 1968, Koudelka began to gain international recognition for his politically salient approach. So contentious was his work that in 1970 he became stateless and was obliged to seek asylum in England. This did not by any means damage his reputation, as he was awarded in 1969 the Robert Capa Gold Medal under the name of ‘Prague Photographer’. Shortly after in 1971 he joined Magnum Photos and in 1975 New York’s Museum of Modern of Art held an exhibition showcasing his works. Koudelka documented one of the most destroyed landscapes in Central Europe, the ‘Black Triangle’, leading to his release of Chaos in 1999, a book all about the devastating effects of humanity on natural landscapes. 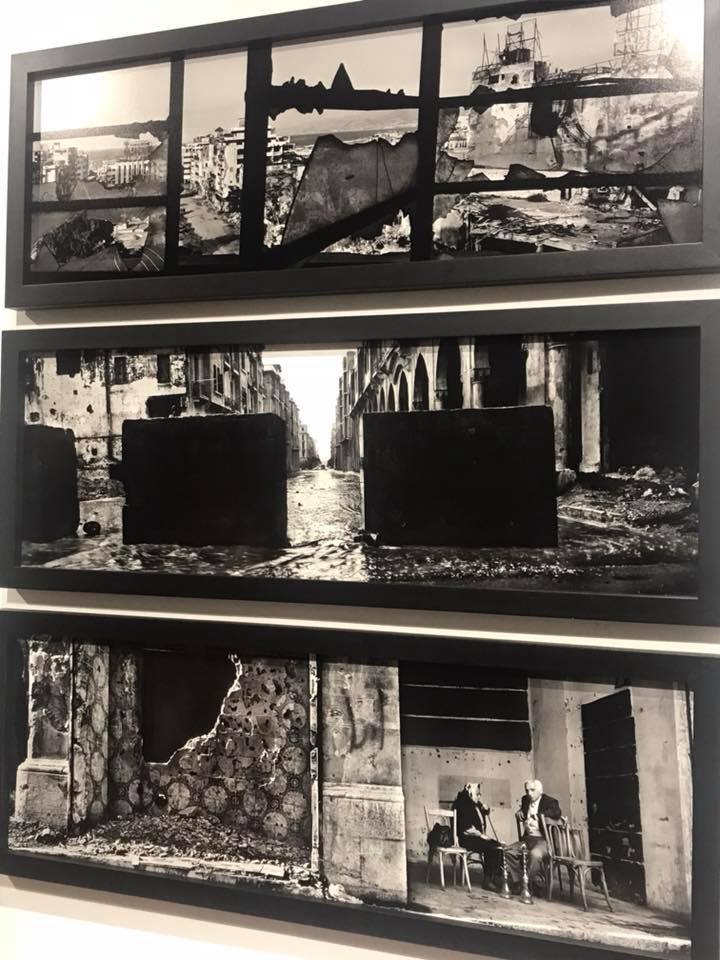 Koudelka grew up in a Europe that was harshly divided between ‘East’ and ‘West’, and even though he was never permitted to see the wall in person, he was all too familiar with the impacts of living in a divided society, a perspective which seemingly fed into his photo series displayed in Josef Koudelka: The Wall/Beirut. He may have never been able to experience the Iron Curtain in the flesh but he certainly had his fair share of encounters with the ominous Israeli Apartheid Wall, having made eight trips to this haunting structure, as part of his project The Wall. The result was a series of panoramic photographs depicting the effects of the wall on the surrounding landscape. Koudelka chose a panoramic format as it reflects the horizontal forms of the natural scenery whilst mimicking the human field of vision. The artist edited the photos together and inserted them into a 22-meters long, accordion-like album-structure, creating an imposing display that echoes that of the foreboding wall itself. 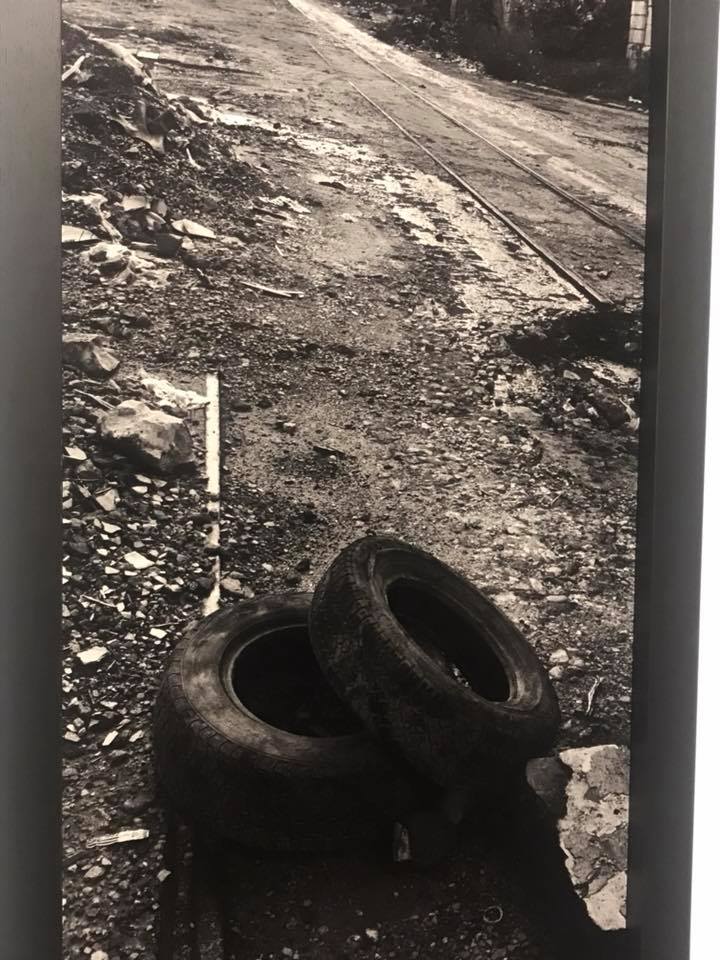 Set alongside The Wall is Beirut, a photographic exploration that depicts post-war destruction in Lebanon’s capital. In 1991, Koudelka fully immersed himself in this project for months, doing all that he could to photograph crumbling relics, demolished buildings, even fleeting moments, which evoke the tragedy of the war and the impacts it still has on the landscape and its people. He was concerned with photographing the real, documenting the very physical effects of the war that reshaped the city, however big or small. He thus roamed the streets of Beirut incessantly, always at the ready, camera in hand. Through his photographs of the everyday, he seeks to render the invisible visible, to give a voice to the city and its residents, to let Beirut speak through its wounds. His project is both political and profoundly apolitical. On one hand, he is presenting the impacts of the war and highlighting the destruction it brought about, an undeniably political act. On the other hand, his concern is not restricted to a specific group of people and does not endorse any particular ideology but is geared to showing the physical, to shine the spotlight on the city’s scars. In such a way, the Beirut that he documents does not belong to anyone in particular but exists as a singular entity that has been wounded.

The Wall and Beirut speak to each other through their opposite experiences of destruction. Whereas the former depicts a construction that has led to destruction, the latter narrates the destruction of construction. Both however allude to the tragedy of conflict and highlight the harmful effects of Man over nature, a problem that is all too common in this day and age.