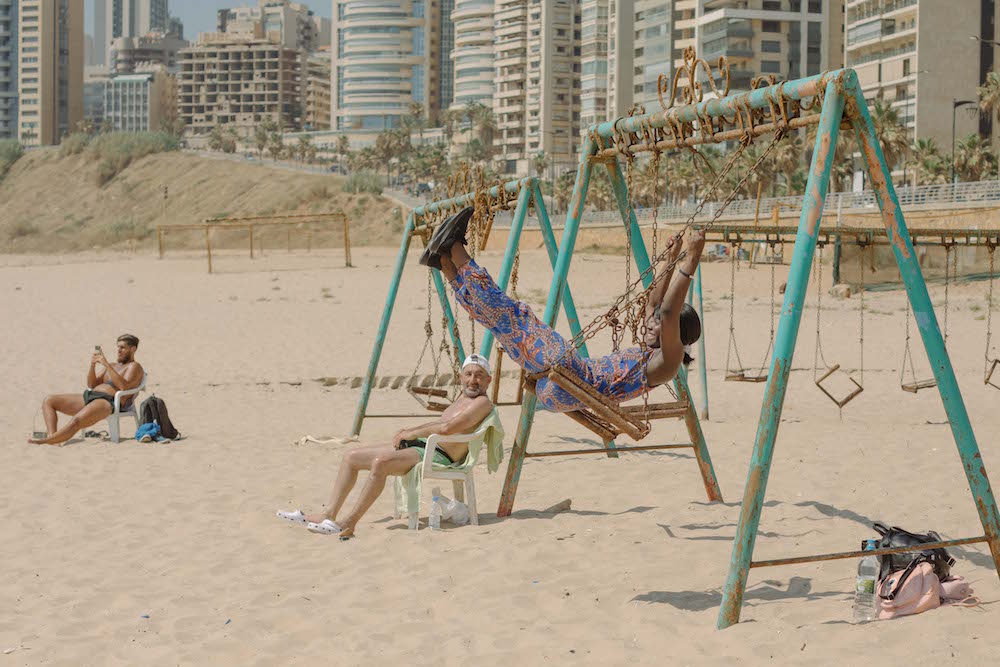 Aline Deschamps is a 28 years old French-Thai photographer who graduated from a Master of International Relations and a post diploma in Digital Media Arts.

Her work’s subjects are often linked to identities issues such as gender, migration, cultural mix and stand as a visual translation of social testimonies. Around the time COVID-19 hit the planet and the world went into lockdown, Aline started thinking of ways to help vulnerable communities around her. This way, she focused her time on helping domestic workers stranded in Lebanon to voice their struggles, notably through a completely independent and self-produced video. We met with Aline back in Beirut to discuss her projects and to understand better the reality of these women.

Can you tell us a bit about how you arrived in Lebanon and how you started shaping this video project?

How I arrived in Lebanon was actually under the smoke ! Landing in Beirut on October 18th 2019, I first saw thick black smoke and thought it came from a  burning forest….only to realize I was landing in the midst of a revolution and the flames were coming from burning tires. It was quite a memorable way to move to Lebanon.
During the beginning of the lockdown measures (March 2020), I thought about the impacts for the most marginalised and vulnerable people and wanted to cover the situation for domestic workers. That’s how I got introduced to this group of domestic workers from Sierra Leone. What I discovered were 15 women living in one small bedroom apartment, and most of them were not “dumped” on the street because of the Covid-19 or the economic crisis as we may think; at that time almost all of them had escaped from abusive households.
After co-writing an article, I thought I could not leave them as such and started doing a foodraising, fundraising, distribution of clothes, mattresses, thanks to amazing generous friends and volunteers.
One time I visited the apartment, Lucie, one of the domestic workers, told me she had written a song about her experiences in Lebanon. When she first sang it, we all had tears running down our cheeks. I immediately told her that if she wanted, I could make a video for her song. For me it is the best advocacy tool : words by domestic workers, for other domestic workers stranded, just like her. 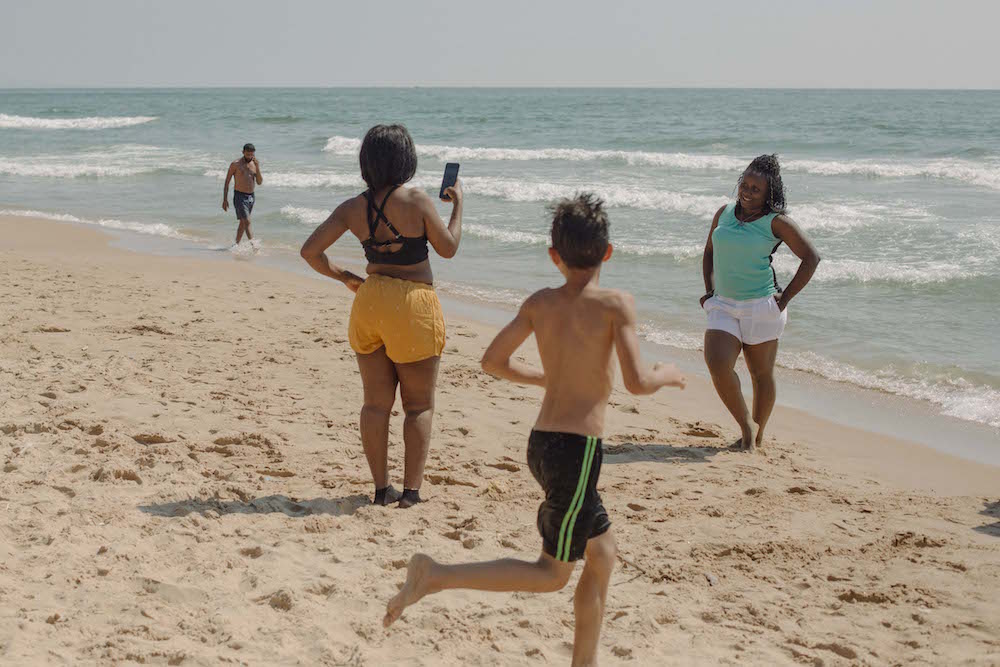 What have been some of the challenges while starting your production and then later on with the girls on filming day?

The film was self-produced, independently, and with zero budget. That’s already a first challenge, but at the same time I had all the freedom to do the kind of clip I wanted, with no organization filtering what I should show or not.  All the people I contacted to work with me, voluntarily,  did it because we share the same values and convictions about spreading the voice of these women.
On the ground, it can be quite challenging to film thirty domestic workers in a small apartment ( and the number doubled because the girls rescued other women from Sierra Leone). I couldn’t- and wouldn’t- have done had I not known the ladies very well. During three months, we had built a relationship of trust, help, and friendship which allowed them to be carefree, spontaneous, and confident with me. We worked together on the script as well, and the girls were so helpful in running everything smoothly on set; they wanted to make this film happen as much as I did ! We had so much fun filming it, and we recall it as one of the best day spent together.
One tricky part is that I wanted to film the girls on the street. For me, it was an important statement to reclaim the public space; to make them visible, seen, and not silenced anymore. I wanted to make these women empowered on the same Lebanese streets they had been previously harassed, looked down upon, insulted, and sometimes sexually assaulted. To me, it was a challenging but important move.
Once we started filming in front of their building, we tested the waters and the girls began to sing softly. After a few minutes, Palestinian neighbors (we were next to Shatila, a Palestinian refugee camp) popped out from their windows : women, children, families were smiling in front of this improvised choir. The men surrounding us on the street came and asked questions, they were genuinely curious. They started applauding, dancing, and it comforted the girls to sing even louder. It was the most beautiful answer from the street we could have dreamed of.

“For me it is very important to show that these girls are like us : they like to have fun, to dress up, to sing, to be creative etc.”

Tell us how has this project been received and what you wish to accomplish with it, ultimately?

Bye and Bye has been really well received, it has been shared by activist groups against human trafficking and the Kafala system such as This Is Lebanon and the Anti Racism Movement (ARM), both of which do an amazing job in advocating for these women.

However, I want to spread the project to a broader audience, to the big institutions, and to the press (thanks JDEED for being amongst the firsts to talk about this!) because people need to realize the context in which these women are trapped. The Kafala system leads to modern day slavery, and we need to put a term to this. MTV Lebanon talked about the Bye and Bye clip this week, and it was a small victory. But I am also reaching out to international and Sierra Leonean media to talk about the project, and warn about the web of human trafficking through these women’s voices, so the problem can be tackled at its roots.

Ultimately I believe  that people need a shift on how they view domestic workers and black people in Lebanon. If you’re black, you’re immediately perceived as a maid / servant / domestic worker because there are very few black people visible in what’s considered the “high positions”. My goal with Bye and Bye is to represent these women with dignity and power. Because I am convinced this systemic change won’t happen just through reforms or a new jurisdiction, it will really take place when people start acknowledging the racism inside their own house. There are so many stigmas about being black and about being a migrant in Lebanon. So imagine the degree of violence and discrimination for a black migrant woman domestic worker. My goal is to help reverse this stigma. 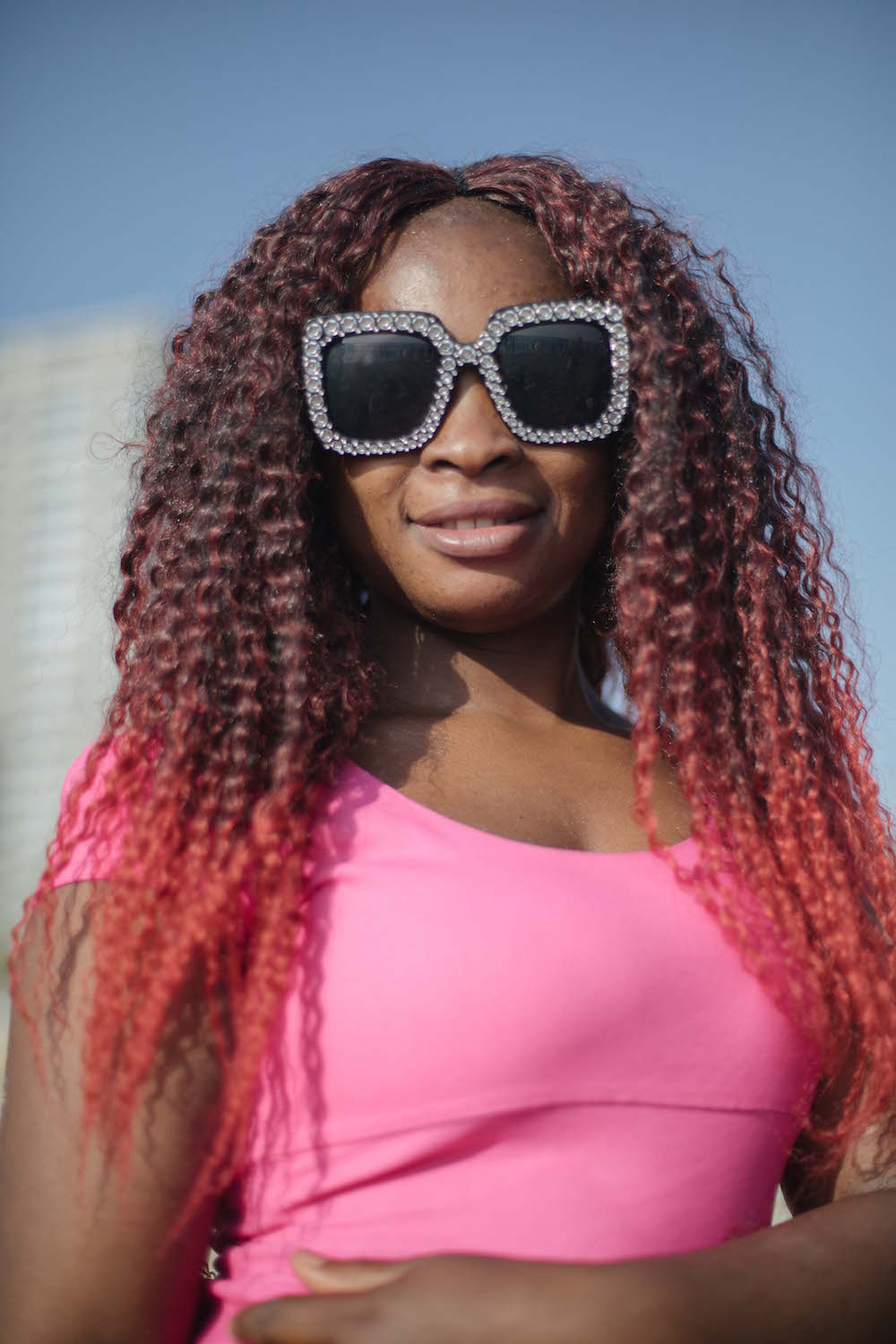 Where are all the ladies now? Were they able to leave?

The ladies moved house to another bigger apartment in Tariq El Jdide. Thanks to the donations on a fundraising I had launched : their rent, bills, medical care, and food are paid. But because of the economic collapse, and all the traumas they have experienced, none of them want to stay in Lebanon.

Hence the change of the fundraising’s target goal; I recently added the repatriation costs to it. Unfortunately, in order to leave Lebanon, these women need a clearance, a “laissez-passer” and their traveling documents (most of them don’t have their passport because it was confiscated by their sponsors or they had to run away without it). So right now, I am working to fundraise enough money to buy the flight tickets and in parallel, the ladies and I are doing the necessary advocacy work so the authorities can take action and process these voluntary returns (along with ARM,  the IOM (International Organisation of Migration) etc.)

How do you wish to continue working with them? Could other videos be something you’re thinking of?

For the videos, I hope ! I recorded two other songs with “Thewanthdean”, maybe we will be able to make video clips for that too (…hello production companies!) and I always film their daily life, but I also want to document their repatriation and their reintegration in Sierra Leone. Hopefully it can come up as a short-documentary.
As mentioned, my ultimate goal is to help reverse the stigmas attached to these domestic workers. So the way I want to keep working with this group is by portraying them in positions of power and dignity.  I have started a series called  “I am not your Animal” in reference to Baldwin’s quote  “I am not your Negro” because I feel in today’s Lebanon the history of systemic racism, the psychological dimensions of racial conflict and the suppression of black humanity under slavery is still very much present. (Not that it has disappeared in other parts of the world).
From the testimonies I gathered, there is one thing the ladies always repeat : “They don’t see me as a human, they treat me like an animal”.  So for me it is very important to show that these girls are like us : they like to have fun, to dress up, to sing, to be creative etc. I brought them to the beach so they can have a space where they can put aside their worries, act freely and have fun. It’s crazy, they have been in Beirut for almost a year and they did not know about the beach; they actually never had a day to enjoy or do some outdoors tourism! So I took them out, and hopefully the way they are portrayed can enable this mental and visual shift, and prove our common humanity.

Pictures/Aline Deschamps “I am not your animal” ongoing series

You can visit Aline’s website and discover her work here