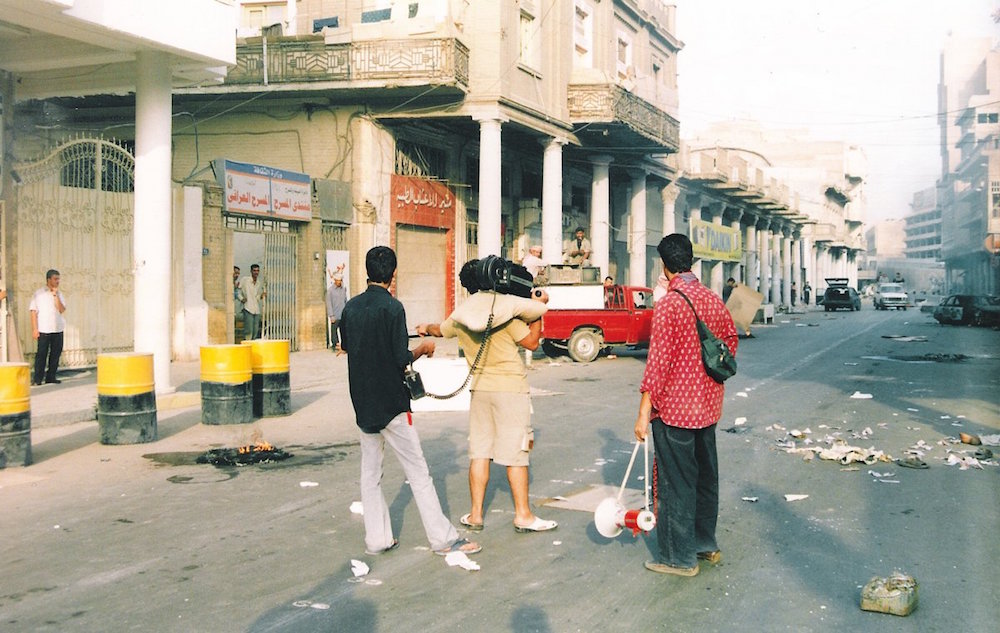 Iraq has a long history of art and culture. Throughout the MENA region it is revered for its artists, but up-till-now, it has never had its own film festival. That’s all about to change, as the very first Iraqi Independent Film Festival launches this August and better still, it’s online free for the whole world to see, featuring shorts, feature films and Q&As. 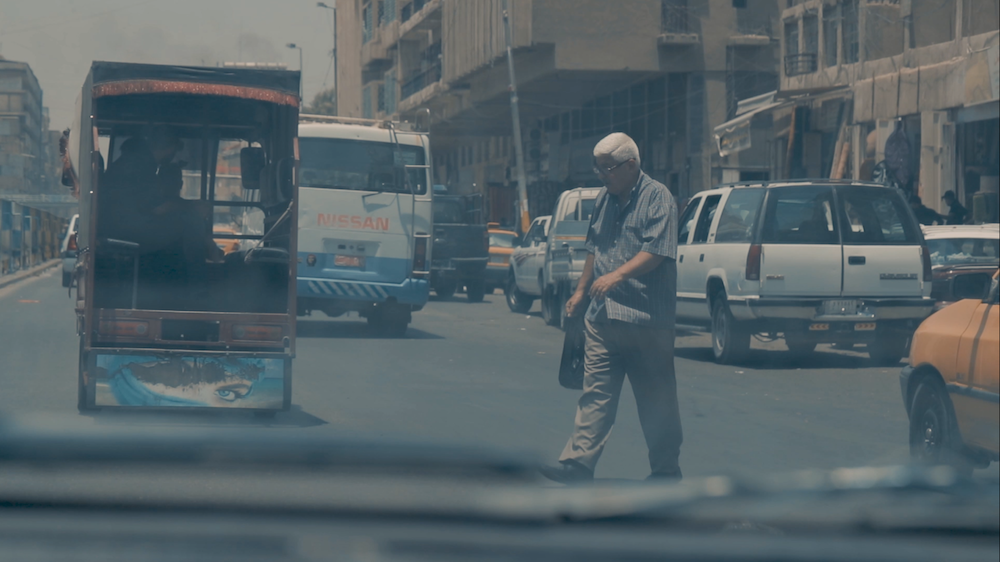 Founded by four Iraqi film enthusiasts – Ahmed Habib, Roisin Tapponi, Shahnaz Dulaimy and Israa Alkamali – the festival is a community-driven platform dedicated to supporting films from and about Iraq. The festival aims to empower directors, actors, screenwriters, producers, designers, sound artists and other creatives to tell their stories.

The festival opens with Mohammed Al-Daradji’s documentary War, Love, God & Madness (2008), a film that highlights the difficulty of making films in Iraq, the grassroots nature of the Iraqi film industry and how film teams in warzones overcome violent creative oppression in order to make their films. Other feature films include Oday Rasheed’s Qarantina (2010), Samir’s Baghdad in my Shadow (2019) and Kasim Abid’s Mirrors of Diaspora (2018). The festival also includes two shorts programmes – Tracking Iraq: New Wave Cinema and Gender Utopia: Contemporary Feminisms in Iraqi Cinema – which explore life within Iraq from the vantage points of its diverse communities, as well as the outspoken voices of Iraqi women. We spoke to Israa Alkamali, Roisin Tapponi and Shahnaz Dulaimy to learn more about the festival.

How did the festival come about?

IA: It started with a call from Ahmed Habib, one of the four people working on the festival, back in March. Ahmed and I got together and started throwing all kinds of big ideas with no experience in film curating or directing a festival, but our love for Iraq and films kept us going. Soon Shahnaz and Roisin joined the team, both who have a lot of experience in the industry from making films to curating them. I cannot think of a better team than this one, our drive to make this happen continues to inspire me. We all know how many Iraqi filmmakers and storytellers in general deserve more representation, we also know that there is a huge appetite for this among Iraqis back in the homeland and in the diaspora.

We also know that if we can show the world what Iraqis can do with the support they can get, maybe more attention can be given to this currently struggling industry. Making this happen, especially now with the ongoing October Revolution, is so important to us. The revolution proved the resilience of Iraqis and the creative power people hold despite the realities they live in.

How did you choose the films featured?

RT: We received over 80 submissions from emerging and established Iraqi filmmakers all over the world, it was so overwhelming and completely generated from social media and word of mouth! Testament to the power of the Iraqi community and diaspora. We all watched every single submission and then I curated our favourites into a programme, which was edited and then approved by the rest of the team. It was important for us to reflect the diversity of Iraqi filmmaking in our programme, from experimental to feminist to narrative feature films, we wanted to represent the multiple intersections working within our culturally rich film industry.

What do you hope people will take away from the festival?

SD: I hope that viewers appreciate the creativity as well as the tenacity of Iraqi filmmakers. It often takes blood, sweat and tears for filmmakers inside Iraq to go out and shoot a film – these difficult circumstances are portrayed in the opening film of the festival “Iraq: War, Love, God and Madness” by Mohamed Al Daradji, which highlights not only the struggles of filmmakers in Iraq, but also their unfazed passion and determination to keep going for the sake of cinema.

Our mission is to provide a platform for emerging Iraqi filmmakers, to encourage the art of filmmaking within the Iraqi communities all over the world, and I hope that our viewers come together and show their support for that. 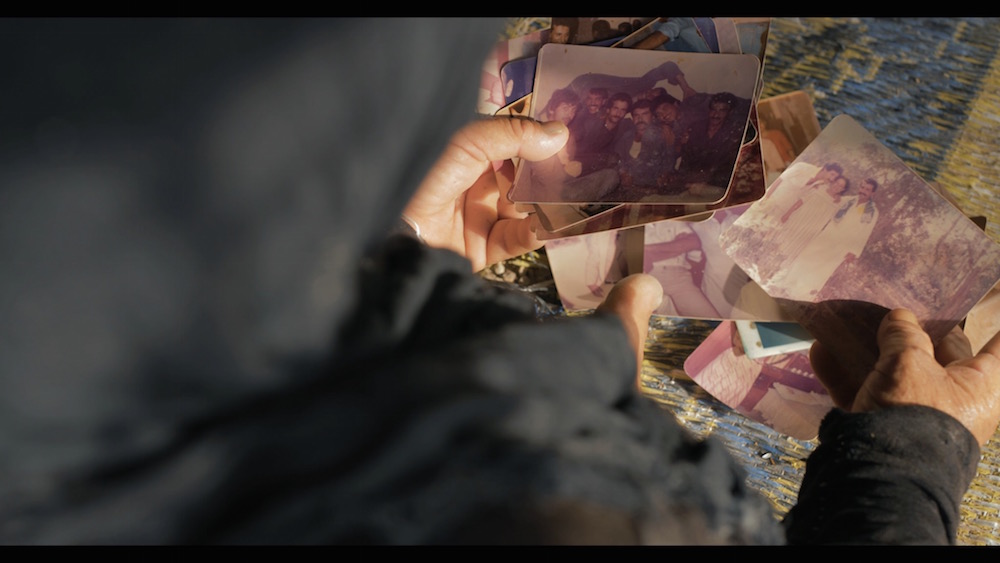 You tackle things like gender, as well as highlight minorities in Iraq, why is it important for you to do so?

RT: As you can perhaps tell by the three out of four team members being women, we are very strong and formidable! Running Habibi Collective, I work almost exclusively with women filmmakers and am very aware of the differences in gender politics throughout the region. Throughout the region, gender inequality in society is reflected in the film industry. In Iraq, some of our most famous artists, such as Zaha Hadid, are women. Shahnaz is a film editor, Israa is a filmmaker and I am a film programmer, curator and critic.

When we demand our space as Iraqi women, our work and ways of work are proven to be powerful. I hope the festival inspires more women to step up and demand attention for their work, because if the women filmmakers in the programme are anything to go by, we have a hell of a lot to give!

What do you hope for the future of filmmaking by Iraqis both in Iraq and in diaspora?

SD: That Iraqi filmmakers are given a fair and equal chance in this industry. Iraqi films have been underrepresented on the international circuit thus far, and I hope to see that reversed in the very near future. By providing encouragement and support; Financially, creatively and technically, we can achieve it.