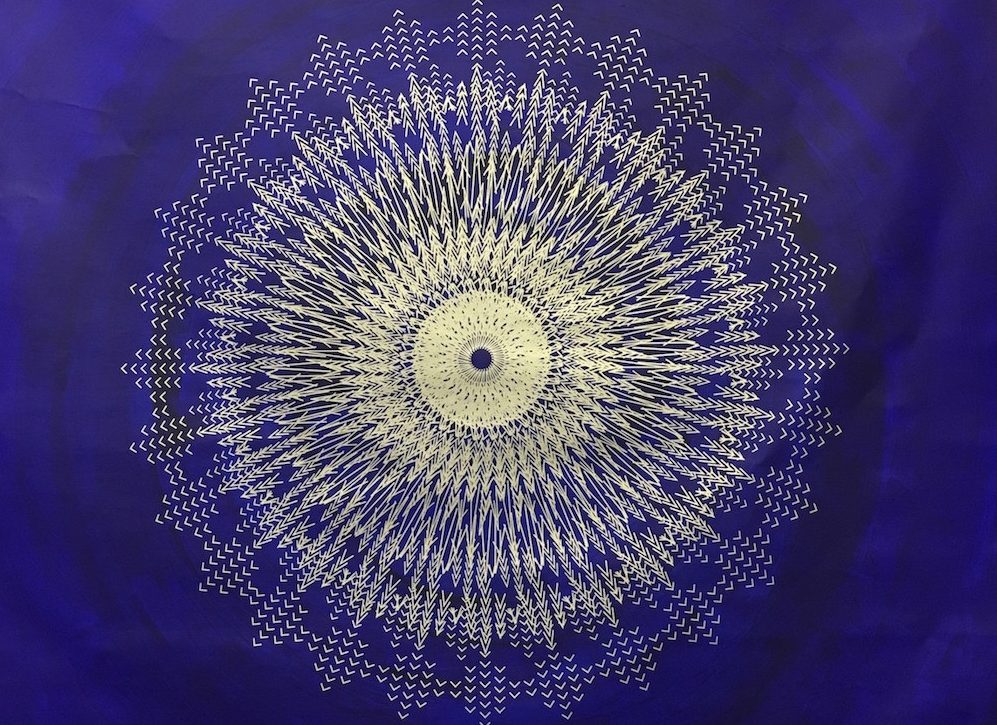 Art Paris 2018: The Saudi artists under the spotlights

2018 seems to blow the wind of social reforms in Saudi Arabia. Among few: developing cultural events locally, and promoting Saudi artists on the international stage. An ambition integrated in the 2030 vision of the country, and revealed in a worldwide tour initiated by the crowned prince Mohammed Bin Salman over Western countries. Showcasing 9 emerging artists during Art Paris 2018 from 5Th to 8th April, the recently launched Misk Art Institute embodies this new generation of contemporary artists.

Operating under the auspices of the Misk Foundation, established by Crown Prince Mohammed bin Salman, the Institute was created in 2017 to encourage artistic production in Saudi Arabia and enable cultural international exchange.

Led by Saudi artist, Ahmed Mater Its mission is to support and promote the artists from the kingdom, at a local and international level. Focused as an artistic innovator, Misk Art Institute has its headquarters in Riyadh and an artist residency in Abha, Saudi Arabia’s southwest region of Asir.

It also released a year long programme of cultural events, in partnership with the MOMA at New York City, last January. A journey that continued its way to Washington where the work of 33 Saudi artists from across the Kingdom were featured, as well as a specially commissioned Al-Qatt Al-Asri mural paintings by women artists from southern Saudi Arabia. The cultural organization was also present at Dubai Art Fair through an exhibition about Middle Eastern graphic design, as well as a retrospective on Arab modernism.

Part of this agenda is Reframe Saudi, a Virtual reality documentary directed by Matteo Leonardi (the head of of Cultrunners media), which explores Saudi Arabia social transformations from the perspective of a generation of its young contemporary artists, each of them reflecting with their works on a different aspect of this metamorphosis. First presented at Dubai Art Fair and New York, the movie will be screened in Switzerland at World VR Forum next June.

This year, the famous French Art Fair hosts around 142 galleries and 2200 artists under the imposing glass roof of Le Grand Palais. The Misk Art Institute chose to showcase 9 artists of its wide catalogue: Sara Al-Abdali, Lulwah Al Homoud,Hala AlFadl, Eiman Al-Gibreen, Rawan Almqbas, Amr Alngmah, Ayman Zedani, Sarah Shaiban and Ahmed Angawi. All young and promising, they will be gathering between the World Exhibition 20th century building walls, using different mediums in order to convey a message about their culture.

Born in Jeddah, she is very sensitive to the heritage and different urban transformations of her Hejaz native region, which is at the heart of her work. Considered as the first graffiti artist of her country, her practice explores Islamic philosophy and Arab culture, using different mediums like comic illustration or painting. 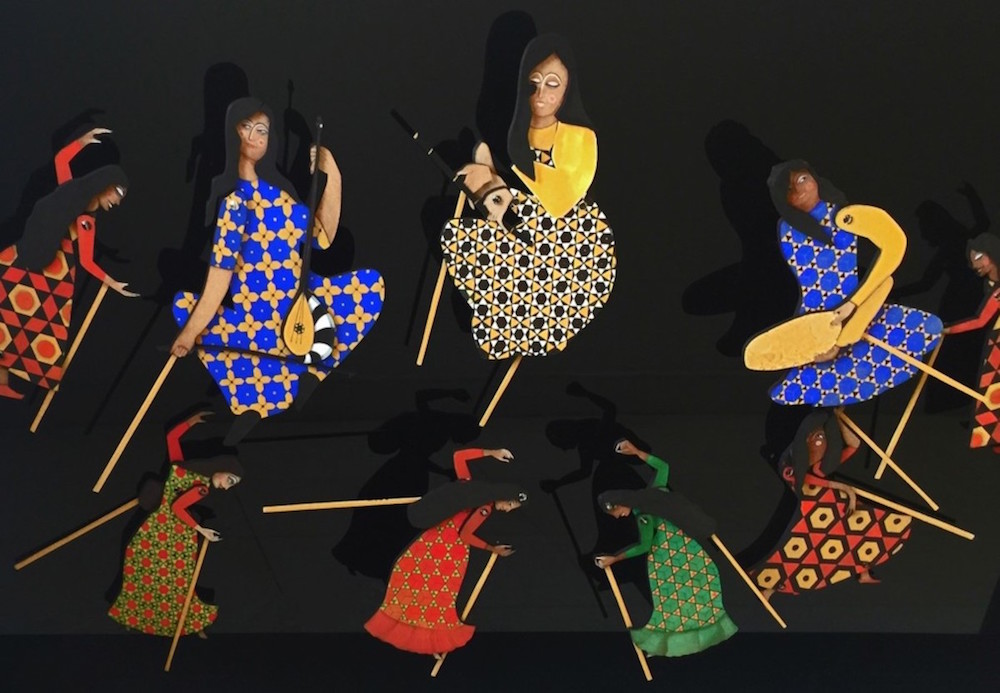 Born in Riyadh, she holds a degree from King Saud University in Riyadh and a Master Degree from Saint Martin Schools in London. She trained under the distinguished Pakistani calligrapher Rasheed Butt and was inspired by Egypt’s Ahmed Moustafa to learn the theoretical system of calligraphy. Today, her work is very much inspired by the exploration of Islamic art geometrical patterns. 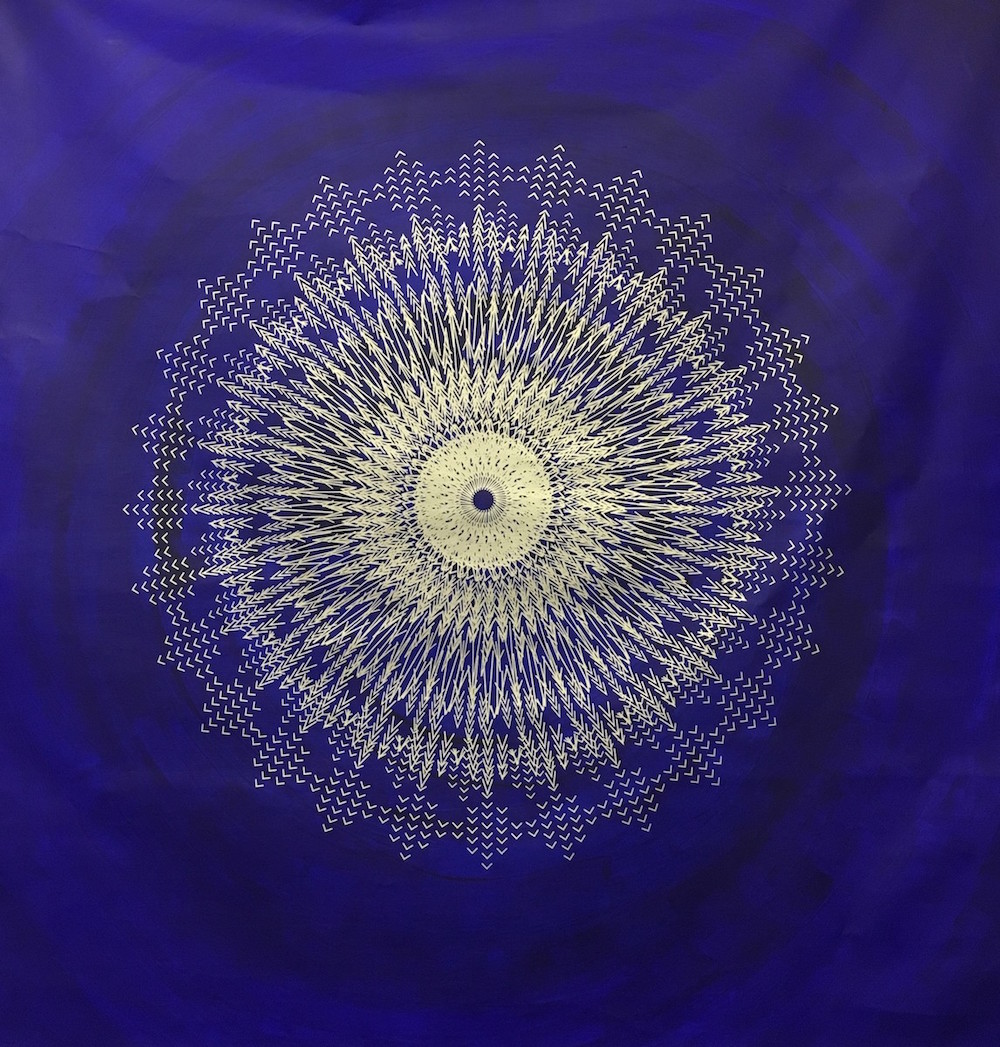 Eiman El Gibreen is an artist, lecturer as well as journalist for Al Jazeerah Daily newspaper and Al Riyadh. Her works consists of confronting the stereotypes about Saudi women and her country. She invites to dialogue and promotes some tolerance towards cultural differences. Her work for the Art Fair exhibits a serie of conceptual wooden panels criticizing the hypocrisy of European governments in the promotion of women rights but sometimes intolerant towards the women who freely chose to be covered. 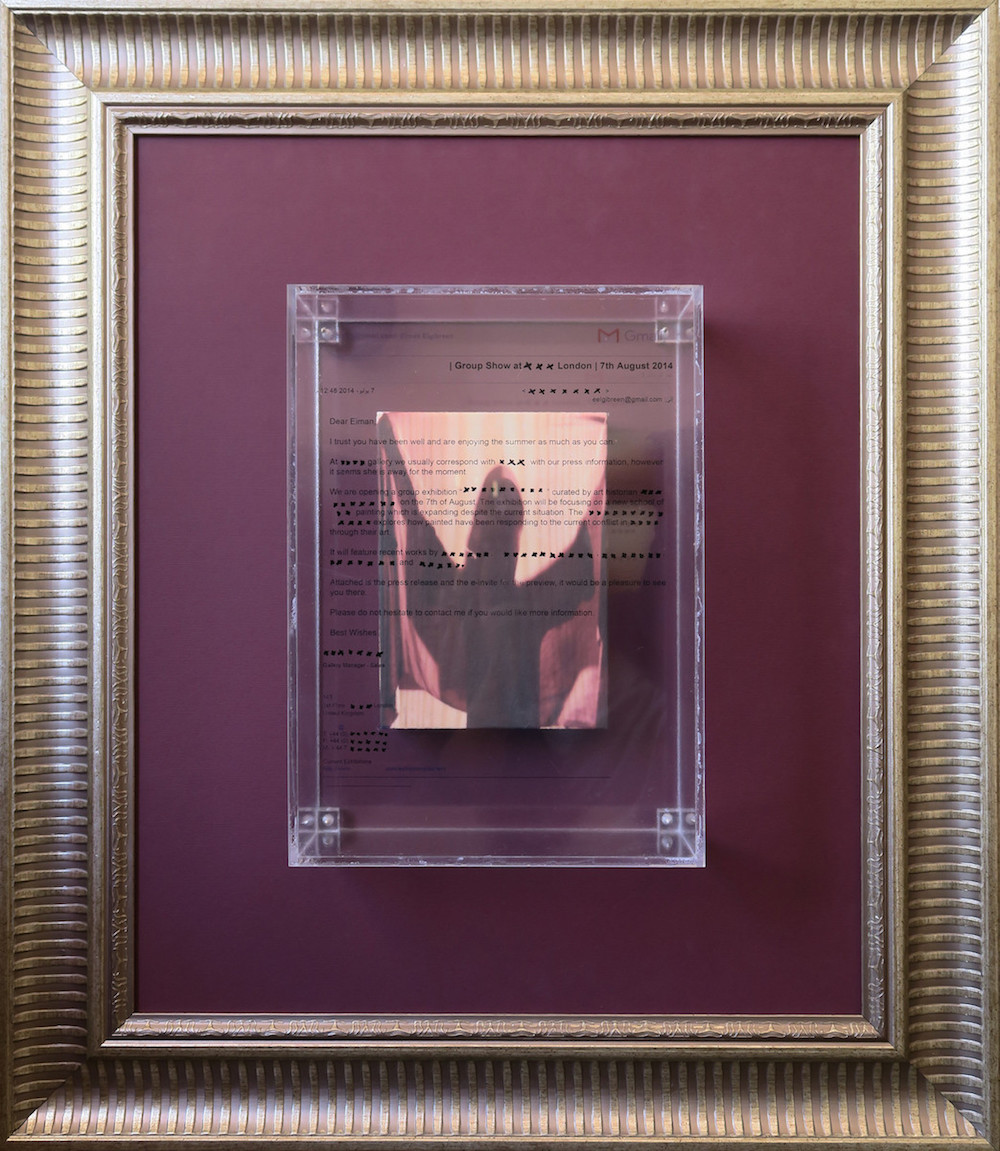 With a degree in dental surgery, Amr Al Ngmah is what we call a self-taught artist. His work has always been the object of research and studies, based on concepts more than aesthetic ambition. Driven by his desire to have a positive effect on the community, his work includes installation, digital work and reflects his culture and region. Digital Spirituality, a sort of electrical map of the Mecca with its Kaaba in the middle. 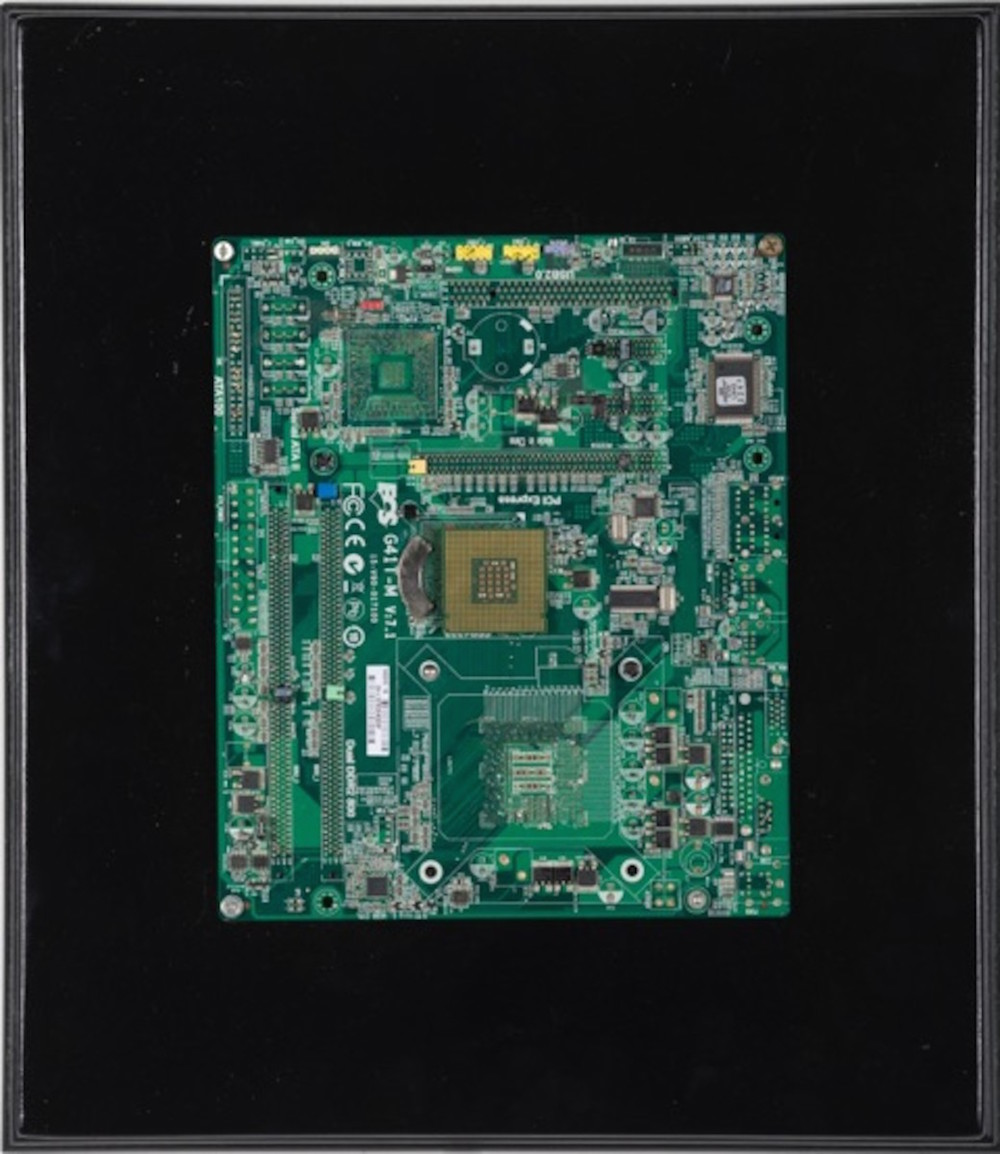 Ayman Zedani works in mix media, photography and installation. Rooted in rational logic as much as metaphysical questions, his practice investigates the way artistic methods influence and help us to expand our communication ability.  His artwork 52016 seems like a succession of small Kaaba intertwined of white spaces, giving him a religious checkers look. 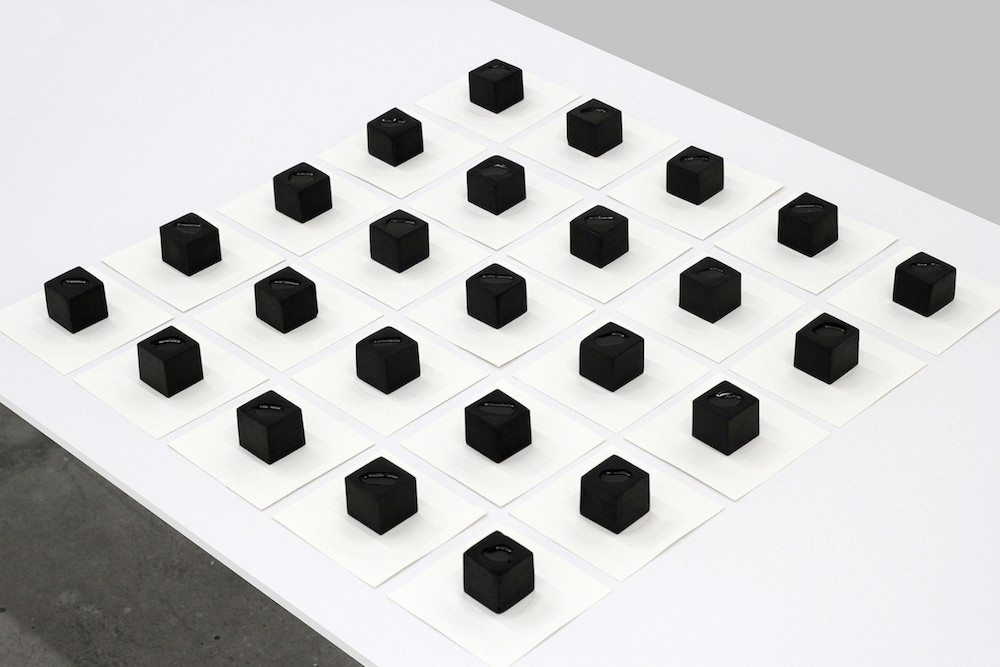 Ahmad is an important figure of his region of Hejaz. Co-founder of Al-Hangar, an independent platform for dialogue and cultural exchange through exhibitions and educational programs, he is also program director of the Traditional Art House in Al-Balad historical district of Jeddah as well as Associate Director of Al Makmad Foundation, a cultural institution that aims to conserve the Hejazi heritage. His work Simplicity in multiplicity is a repetitive play of geometrical patterns and symmetry in order to reinvent new forms.