“I can say someone has described my work with two words : transcultural and dream-like, words that I feel close to”

Italian – Palestinian artist Noura Tafeche talks to JDEED about herself, her art, her projects and her views on the emerging Arab art scenes. 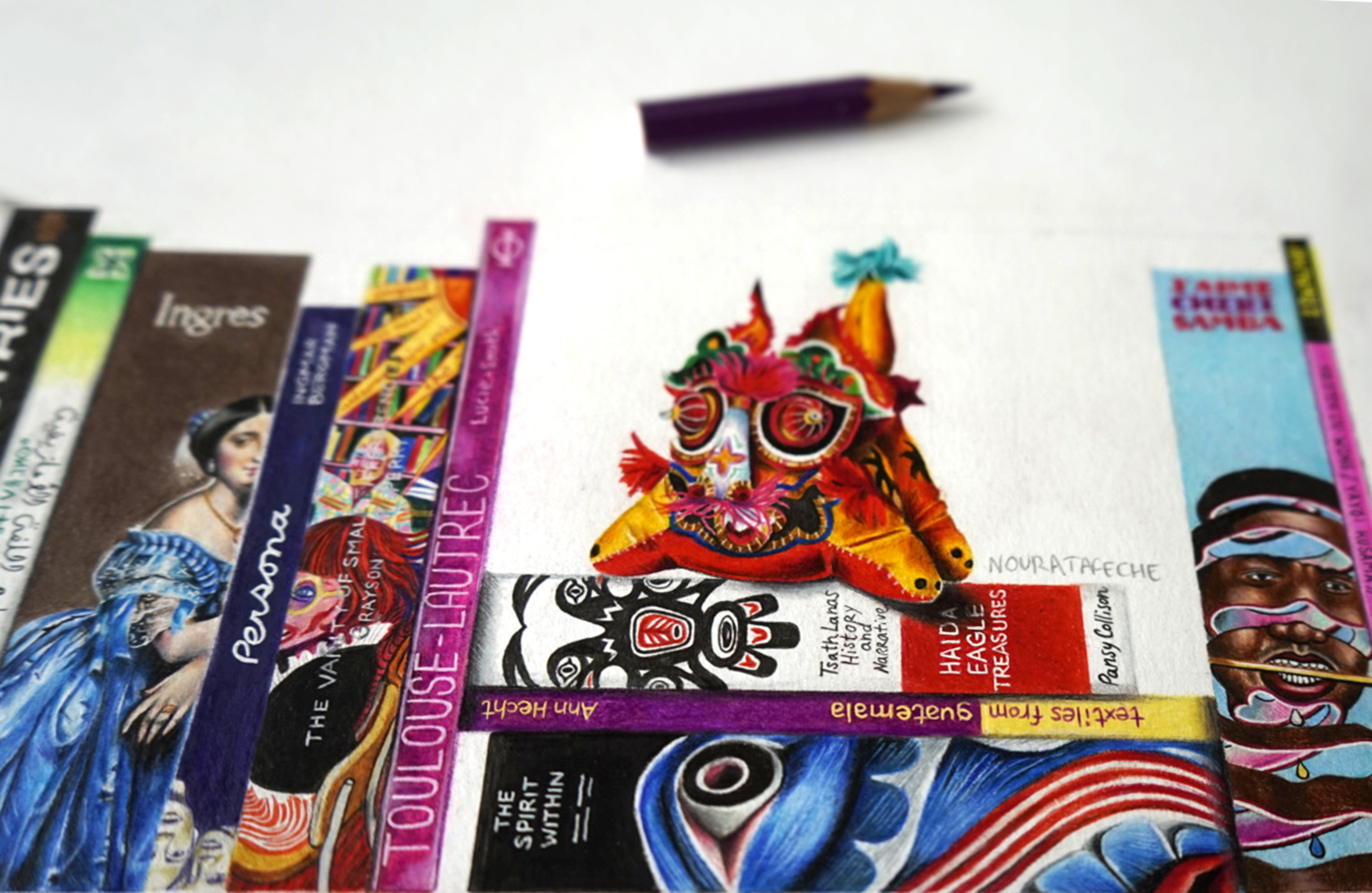 Can you tell us a bit about you, your background and how you started in Arts?

I was born and raised in Milan, I draw since I was 3 years old, I attended art school but I am completely self taught as a drawing artist. My tools are mainly paper and pencils, very sharped pencils, especially paper gives the artwork a fragile consistency that I love. I graduated from the Brera Academy in New Technologies for Art in Milan, a pioneering department of study and research that today reveals itself to be avant-garde. This environment has allowed me to meet many Italian and international intellectuals who have always encouraged me to seek as a dowser new forms of artistic expression and it gave me the incentive to develop a thought about art and new medias, the impact of technologies intertwined with a political view on social criticism.

Since less than a year art has become my full-time job, my days are completely absorbed by drawing, researching and experimenting with new ideas.

An important commitment that I promised myself to maintain is to protect and enforce more my profession, as in Italy, even if it seems paradoxical, the artist is not utterly recognized as a professional or a person who works “for real”. 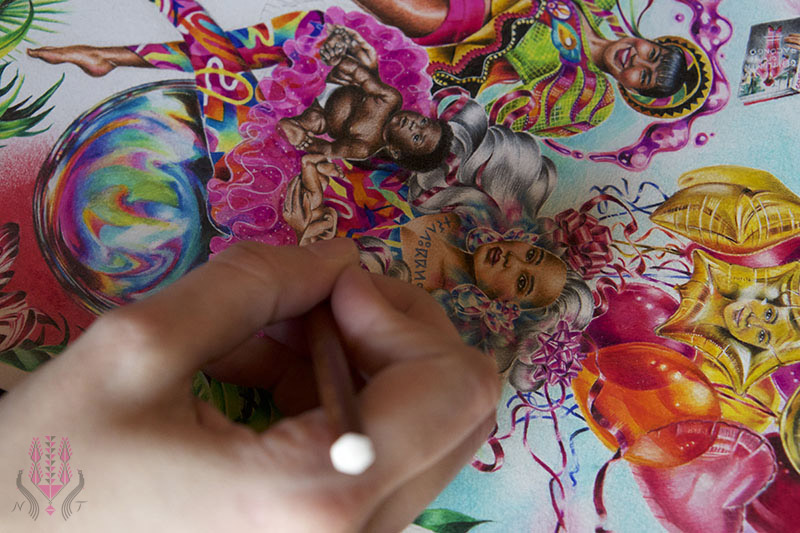 Where do you draw your inspiration from? Are you influenced by your cultural background? If yes, how so?

I am a very curious person and I am almost a slave to my own curiosity. I’m very quick to go and search for anything new I hear or read, like a thirst, not sure if it is a good or bad quality but I’m instinctively in need to draw on all forms of cultural expression, in a broad sense. I have an intense relationship with all the new discoveries and mistakes I make during life, from some of my dreams’s deciphering, or a new word I hear, sometimes also after a quarrel my brain start to get inspired by human behaviour and my own reactions. Literally anything can give a hint to a new inspiration.

I am certainly influenced by my background because my family has always made me live in a vast cultural, literary environment and political ferment. The Palestinian influence in my life has helped me to understand the strength and the inescapability of fighting and claiming for rights. This is why I spent many years of my life moving in particular circles, like squats or civil rights organizations where I was always in close contact with different people, and where activism was practiced on different scales, from grassroots to more structured movements. I admit I have to name a “magical trio” that is inspiring me the most artistically, composed by David Lynch, Bjork and Edouard Glissant, they represent to me irremovable icons of originality, to which I am inspired by their unclassifiable talent and imagination of which I perceive a genuine love for the human community. I find their presence amongst us, very reassuring. 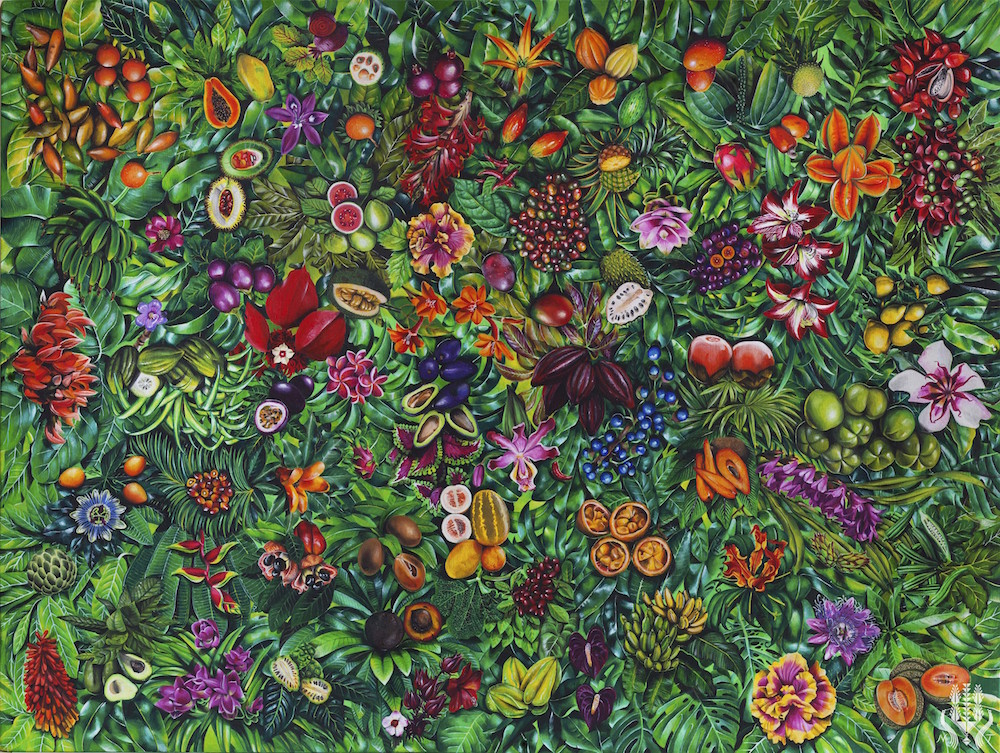 If you needed to describe your art in a sentence, what would it be?

Words often create expectations that may turn out to be disappointing and I admit I struggle to summarize my work. Perhaps this is also the reason why my drawings require months to be concluded – both for research and for execution, as I’m not able to synthesize, I want to say too many things. I can say someone has described my work with two words : transcultural and dream-like, words that I feel close to. Transculturalism, or how Edouard Glissant calls it “creolization”, is expressed as the unpredictable result of the encounter between different cultures, sensitivities and intuitions that I try to represent in my works.

As I have already said, I am very much influenced by our own ability to dream, which for me is one of the highest expressions of our persona and our inner self. The dream world has that “unknown component” that determines our inability to understand everything and always, therefore our imagination is incentivized to take flight, it brings out all our facets and hidden private emotions, it literally blows my mind. That’s why I don’t refer too often about the meaning underneath some of my drawings, leaving a good part of the observer’s personal interpretation. 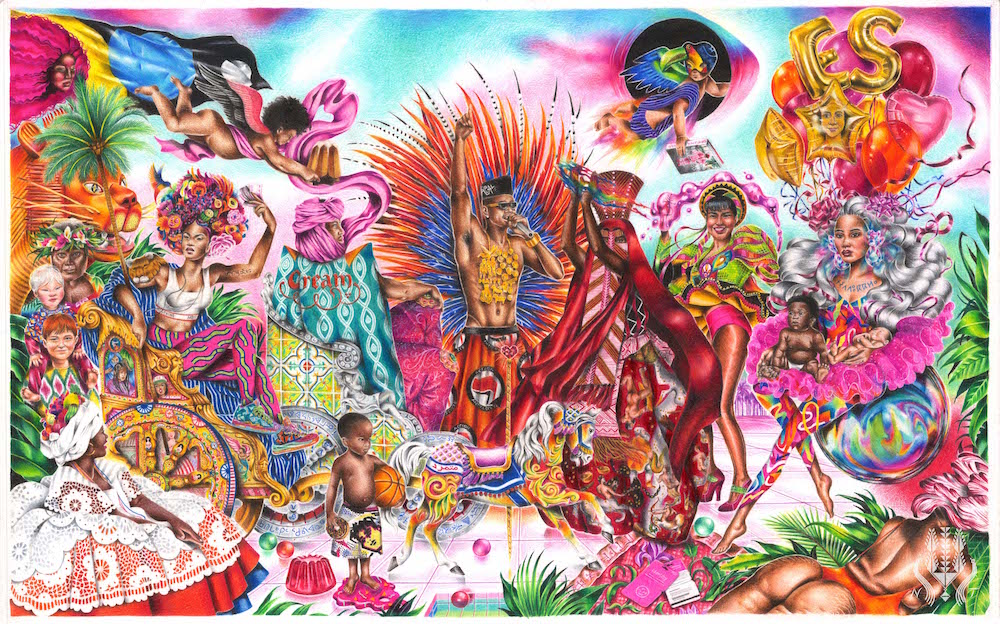 How do you perceive the emerging Arab art scene nowadays?

I perceive a great ferment that do justice to Arab culture and I would like to be part of it, I can not wait to contribute to this rebirth. I think it was essential that the Arab art scene be imposed, because of the many obstacles tackled since long time, like illegal occupations, looting and cleaning, both ethnic and historical (in terms of consciousness and historical memory’s erase). In my opinion if it were not for art, we could have been experience the risk of a complete dissipation of an Arab culture’s existence, which by its nature is creole and cross cultural but not much respected and protected. Fortunately, artists feel this responsibility and they are doing the work that other “official officers” in charge are not currently developing.

I greatly regret the figure of Edward Said and I am proud to see him quoted and remembered in the world, but I hope that Arab artists will soon be able to take place of those people of culture who are so much needed and sigh for during these days. Ultimately I invest great trust in the role of art in the contemporary Arab world.

What are your future plans?

Traveling much more and continuing to weave different genuine relationships, the nearest future will be dedicated to a frantic production of new works. 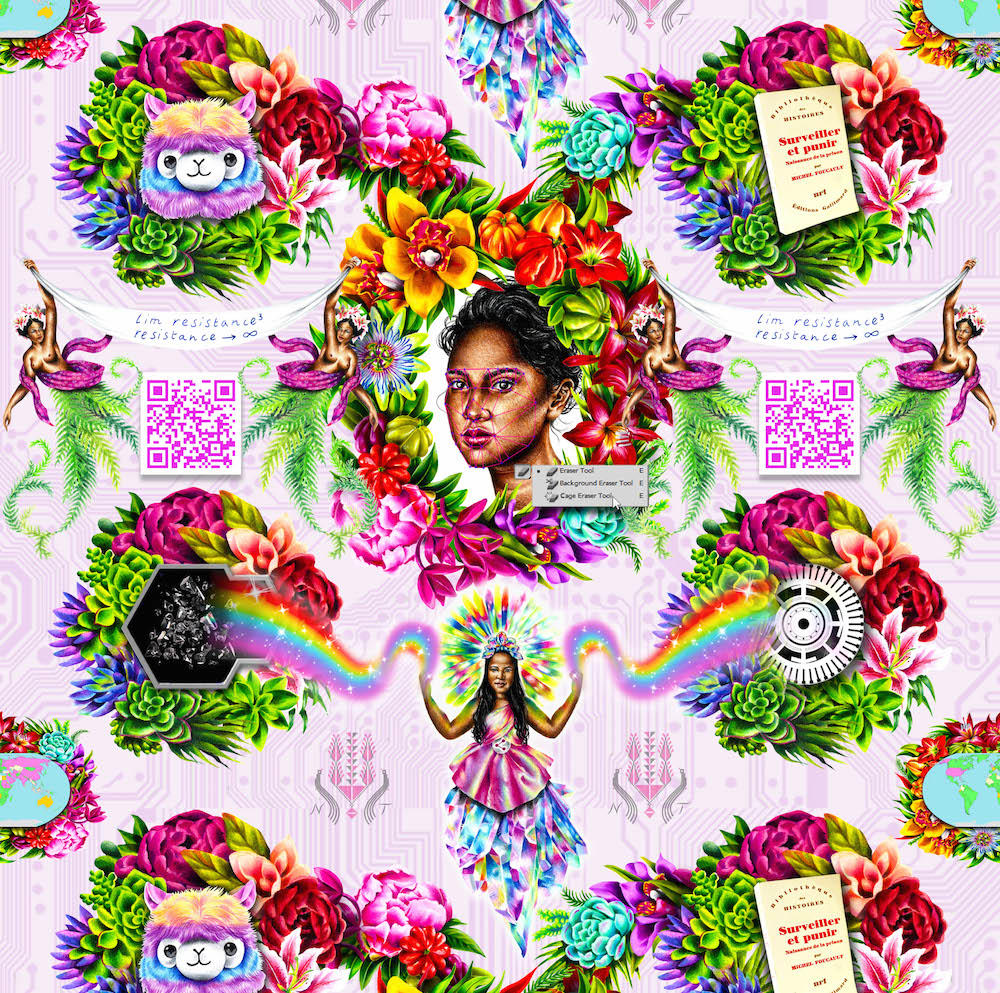 Have you ever wanted to collaborate with another artist? If yes, who and why?

Way too many. A couple that comes in mind are : James T. Merry as hand embroidery is my next step and I admire his ingenuity.

Shukri Lawrence, for the great ability to reinvent the schemes, I refer above all to the brilliant idea of ​​shooting in front of the apartheid wall in Palestine.

I believe very much in detournment (inheritance passed down from my graduation course) and I think these tactics of “displacement”, radical entertainment and unconventionality are currently one of the most effective ways to start the engine of empathy and long-lasting reflections. This attitude is deeply different from the mere provocation that currently rages.

In general I would like to collaborate with artists who combine art and activism.

I would also like to mention the political jewelry designer Kali Arulpragasam and the coffin artist Paa Joe, two artists who have already appreciated my work and for whom I have great admiration and I would like to establish an intense collaboration with her.

Not last, I would also like to collaborate with musicians because it would bring me closer to an art form which I almost venerate, I see the creation of music as an unreachable spirtual condition and for this reason collaborating would raise me to a less earthly dimension.

The purpose for which I would like to collaborate with other artists is not limited to the production or consuming goods as much as an excuse to weave relationships and combine practices to found a cultural movement.

Discover more about the artist here