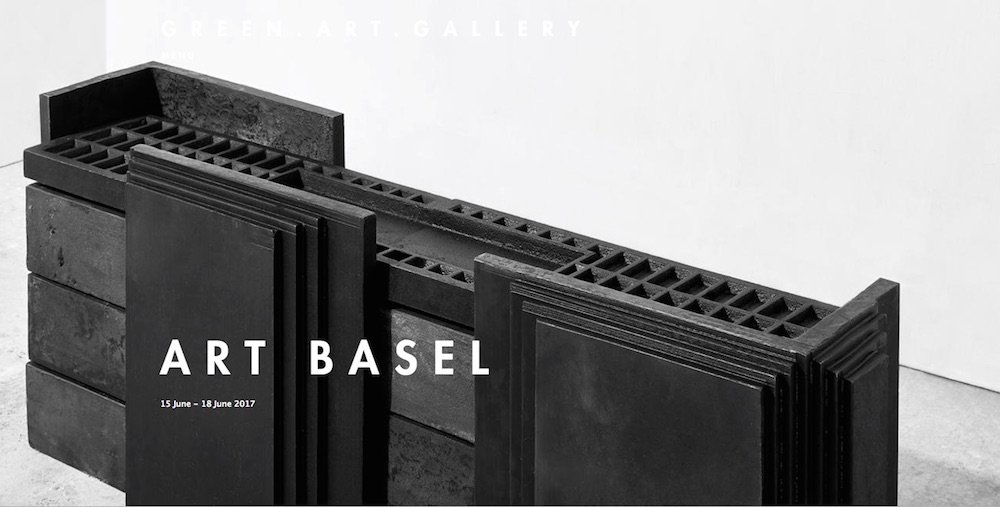 Although Middle Eastern galleries and artists are still barely present on the ground of biggest western art fairs, some make an exception and allow those must-attended rendez-vous of the art world to wider a bit the usual spectrum of their exhibitions.

Opened since 2012, GYPSUM GALLERY distinguishes itself on the art scene with an engaged discourse on sociopolitical and cultural themes whilst highlighting the work of artists strongly attached to the Middle East. The main goal of the gallery is to reroute dynamics of the artists based in Cairo and in general in the region, often rooted in non profit initiatives, in order to lead them to a commercial context and therefore integrate them in a wider and global art scene. Egyptian artist, Maha Maamoun, has been selected to present a solo show for the gallery in Basel composed of photographies which is one of her privileged medium alongside video, helping her out questioning ideas of collective unconscious and mainstream iconography of Egypt through archives and personal works. 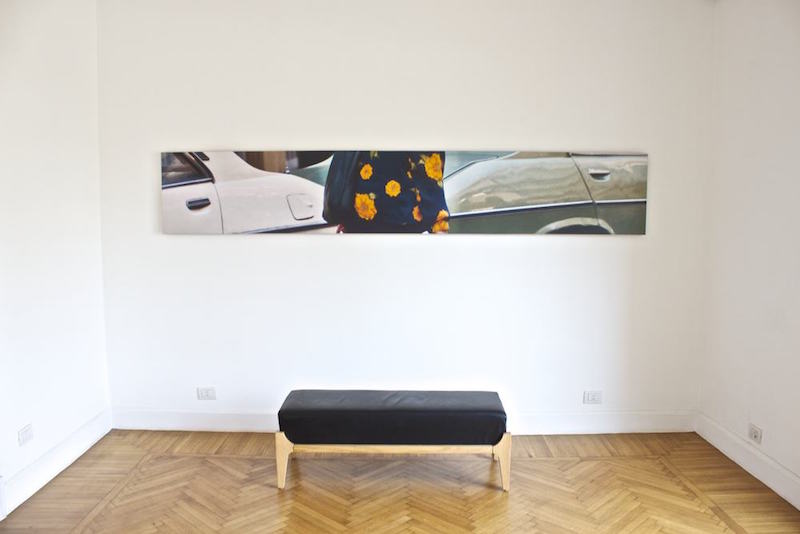 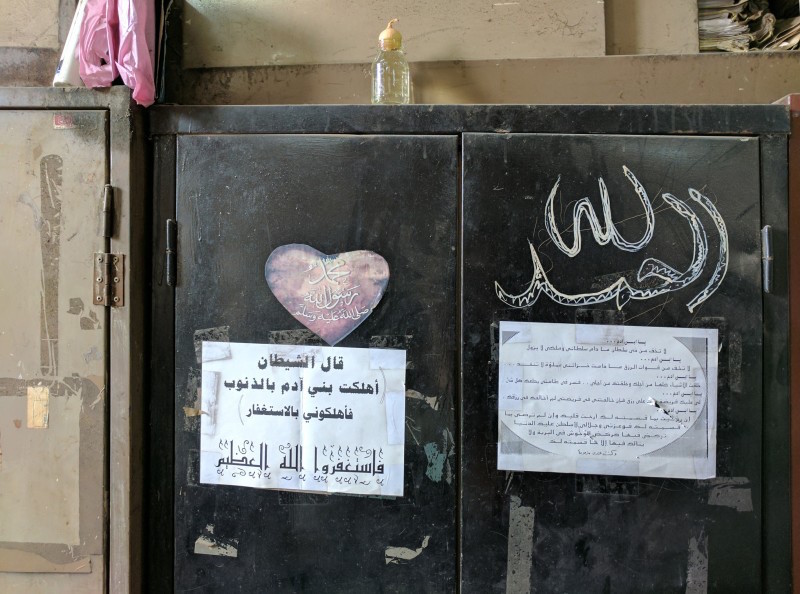 Originally a Syrian exhibition space, the gallery has made its reputation promoting and shaping an Arab Modernist art scene. Although the gallery wishes to create a dialogue between contemporary artists mostly from North Africa, Middle East and South Asia, after being reopened in 2010, it doesn’t restrict itself from exploring other regions in order to suggest another visual discussion in between pieces of multi generational and cosmopolitan artist. As for Art Basel, the gallery has chosen to present a solo show dedicated to Pakistani-born artist, Seher Shah with a trans-disciplinary exhibition related to the slippery idea of utopia. 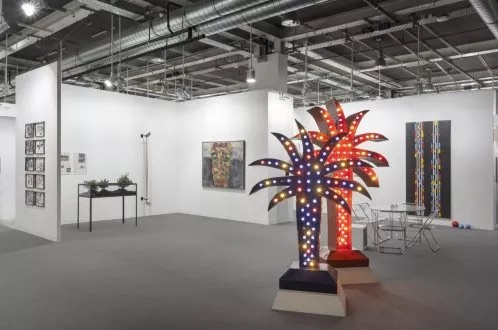 Backbone of the Middle Eastern art market, the omnipresent gallery is again presenting a selection of the best of the Lebanese scene and beyond with a group show featuring works by Walid Raad (Lebanon), Marwan Rechmaoui (Lebanon), Etel Adnan (Lebanon), but also Khalil Rabah (Palestine) or Yto Barrada (France) and many more. Although, this show is very similar to previous one in other fairs (i.e. FIAC 2017), it is a very efficient sample of the best to be offered by the Middle-Eastern art scene. 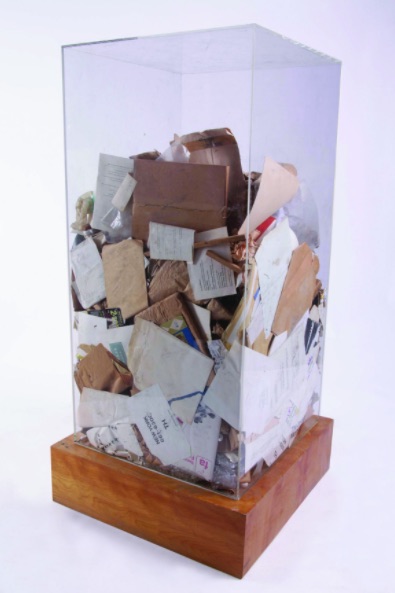 Dedicated to create a space of communication in between western and middle eastern artists, Leila Heller Gallery has opened its second space located in Dubaï in 2015, to establish this binary project which is grounding the discourse defended by the gallery. Already a key actor of the Emirati art market and especially in art fairs, its relocation has helped the gallery expending their work in western art fairs. Featured in Art Basel among the exhibitors showing works of late french artist ARMAN, the gallery is also part of « Parcours », a site-specific experience displaying sculptures or interventions in the city, with a contribution of Reza Aramesh.

Transdisciplinary turkish artist, Nilbar Güreş, investigates sociopolitic questions with themes such as urbanism, geography, identity, gender or sexuality. She also addresses a strong message as her vision is the one of muslim women and migrant in Europe. Her privileged medium are photographs, collage, videos or installations among many others, which she always uses mixing observation of daily life and humour and integrates deeper interrogations on the edge on tragedy and absurdity. 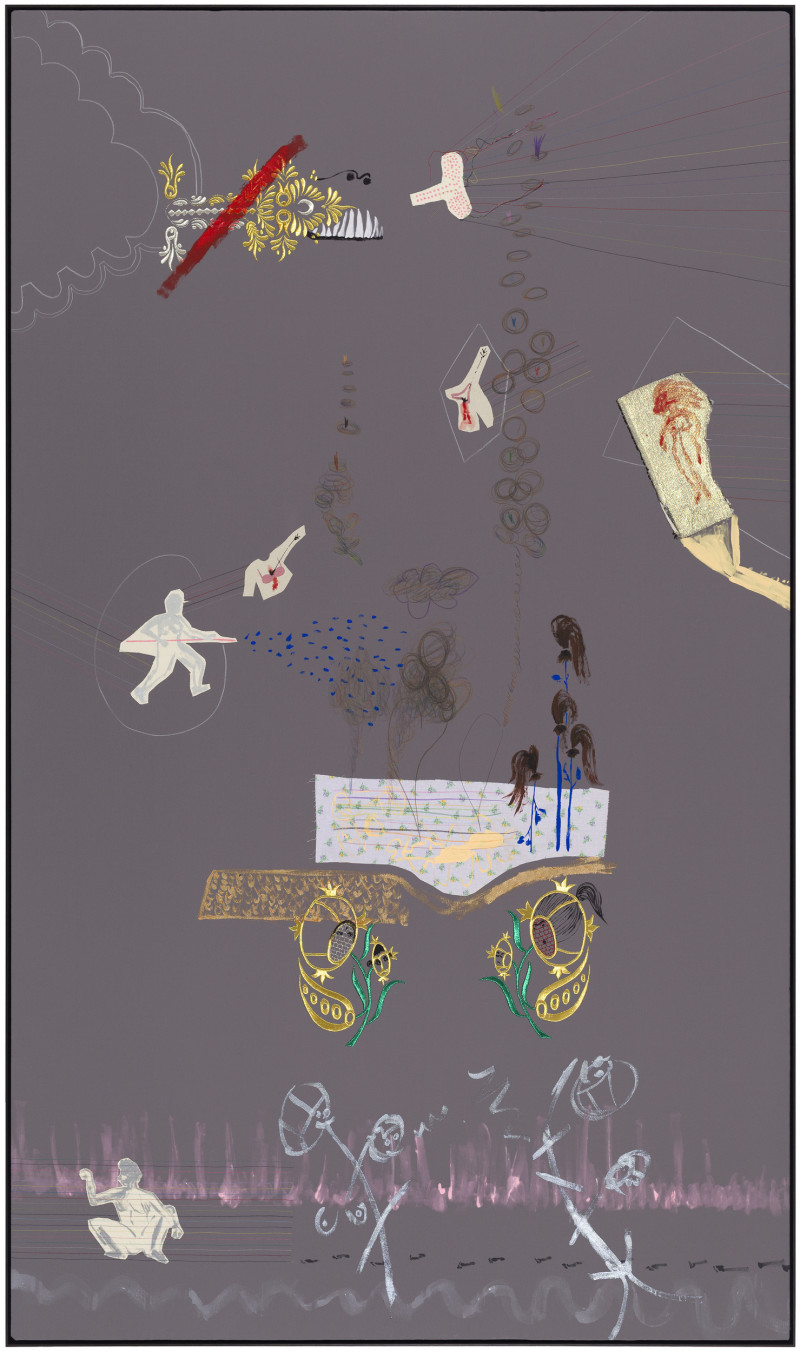 Self-educated artist, independent from the structured Egyptian art scene, Moataz Nasr is engaged to create pieces leading any spectator to meditate on universal topics related to the constant mutations of our world and all its consequences through his personal references to Egypt. Not only being one of the most established artist in his country, he is also at the head of a cultural center dedicated to contemporary art in Cairo, Darb 1718, enhancing the expression of a national alternative art scene. 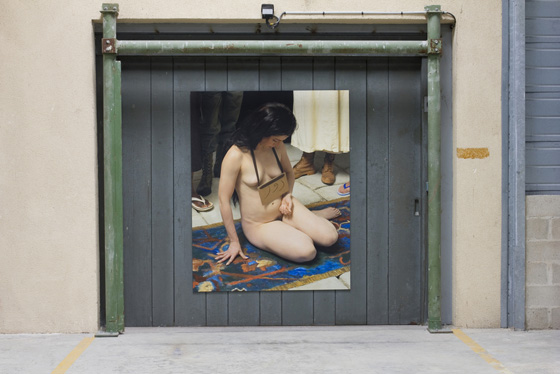 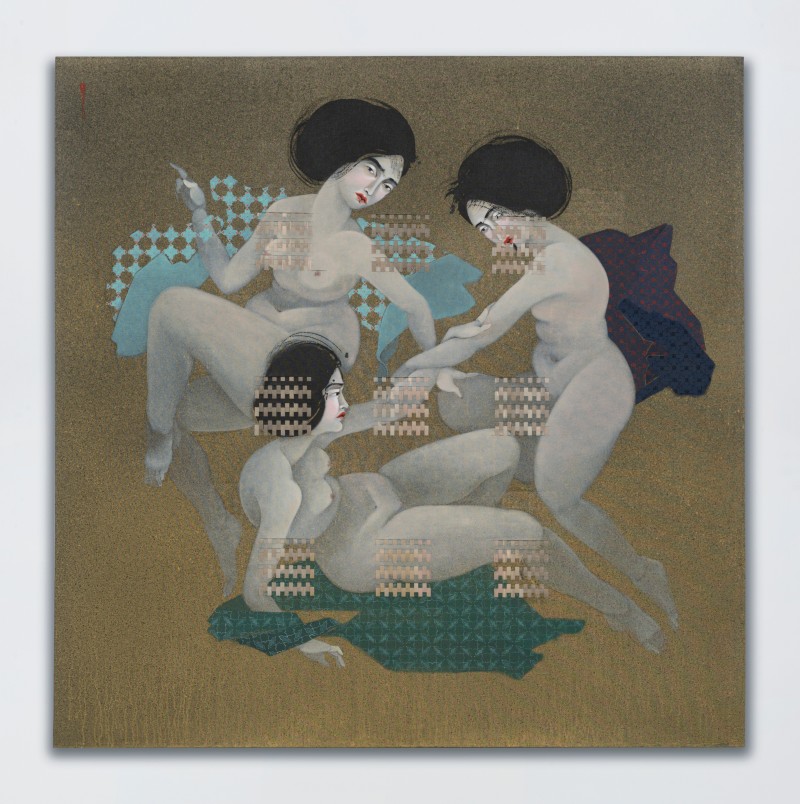 Iraki-born, Hayv Kahraman had the chance to present her work in many international fairs this year, and was even featured in the exclusive Barjeel Collection exhibition at Institut du Monde Arabe in Paris. Her paintings are reiterating a singular narrative which reflects on the non fixity of identity through the image of her face and the body, who gives another sight on the condition of a refugee / emigre. Her aesthetic is deeply influenced by Persian miniatures which she applies on fictional, mythological or her personal image. 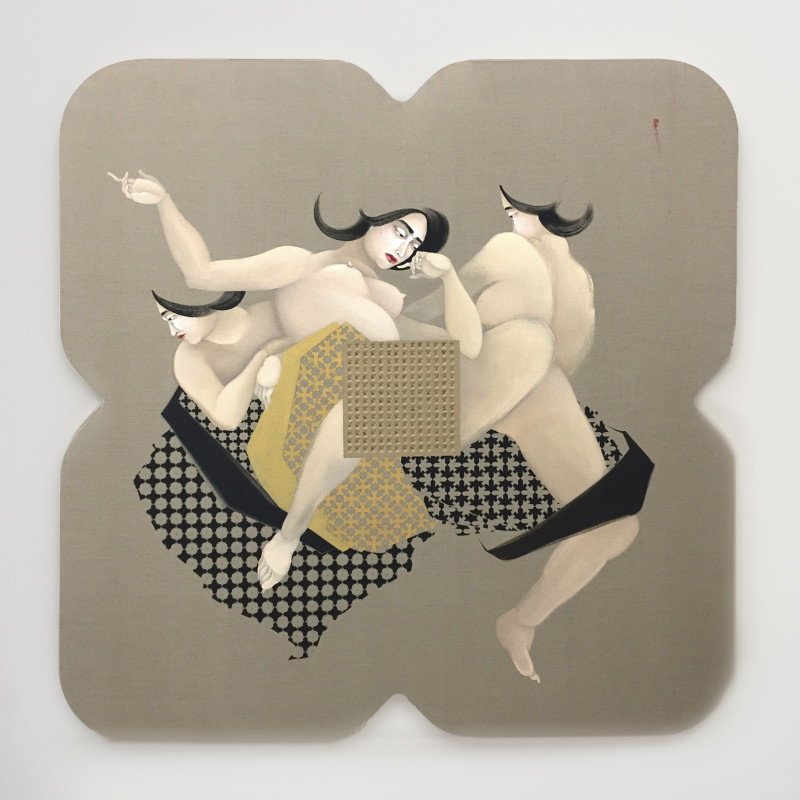 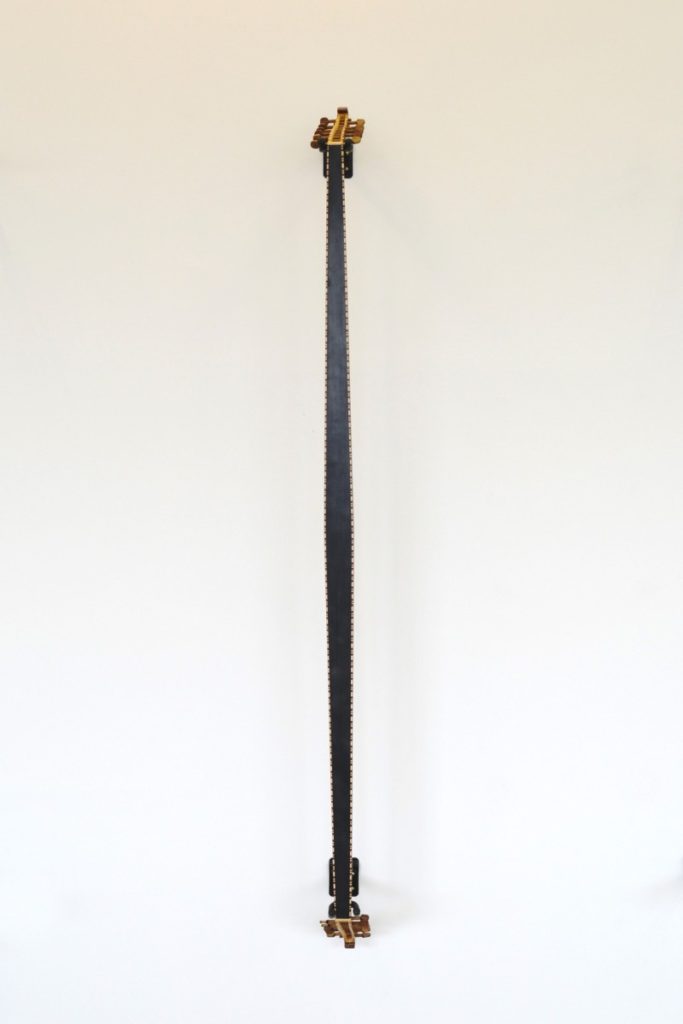 Presenting at Art Basel Neck VII which was part of « I am sick but I am alive » solo show dedicated to the artist by Sfeir-Semlger Gallery in 2016, Haig Aizavian, is an artist, curator and writer. He draws links in between personal trajectories and geopolitical issues, questioning the difference in between micro- and macro- and drawing consequences in between social facts and ideological concepts. 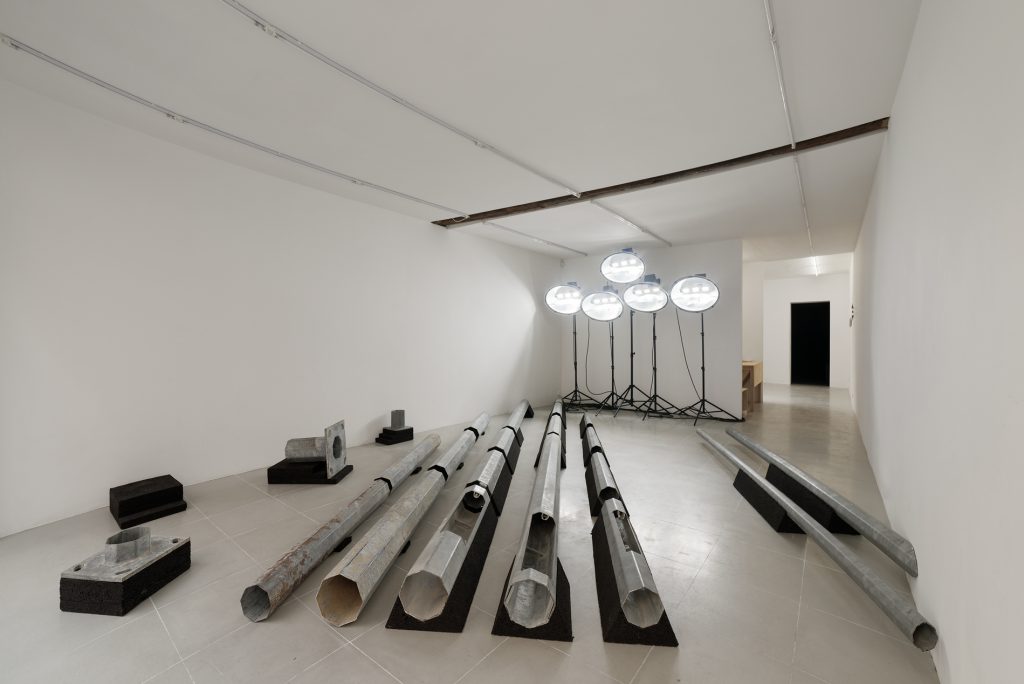 Léa is currently a Master 2 student in Market and Artistic Patrimony’s Law at University Panthéon-Assas, specialized in Islamic Arts.