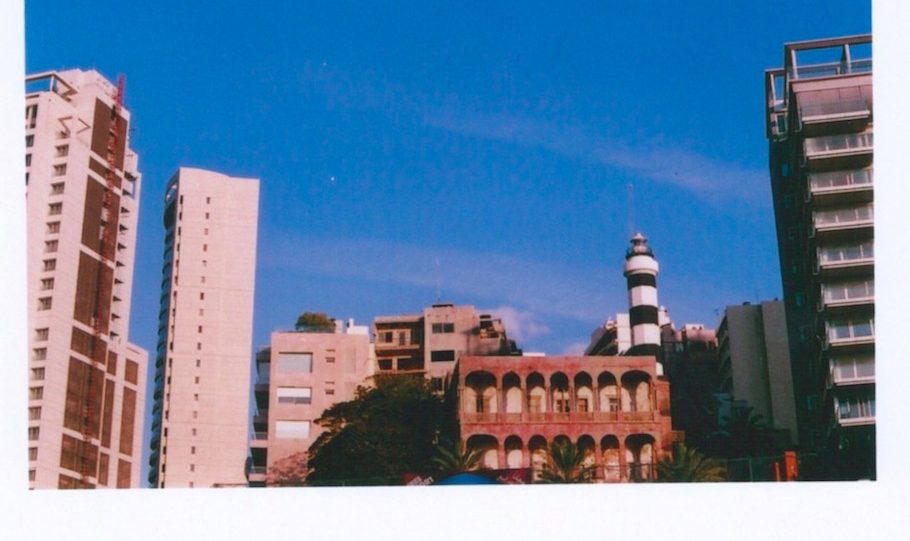 Why Beirut ? | A journey by Lea Vicente

Lea Vicente is a Pantheon Assas Master’s student in Market and Artistic Patrimony Law specialized in Islamic Arts. She has completed an internship at the Dar El-Nimer for Arts and Culture in Beirut, putting an end to years of questioning and deep envy to discover this small in size but culturally major country that is Lebanon.

For Jdeed, she told her story from the first time she was confronted to the question “Why Beirut?” to her post experience state of mind.

Words and pictures by Léa Vicente

“I was about 10 the first time I heard about Lebanon and got fascinated immediately. Growing up, it became an objective. This obsession to fly east had people dubitative about my very determined decision. I was first defeating my parent’s anxieties whose eyes were still blazed by images from the war. In my childhood, « Beirut » was used to label the mess of my teenage room. Even amongst uprooted Parisian-Lebanese, the idea seemed absurd. I felt awkward feeling completely sure that I was taking the good path while they had to flee from horror many years ago. And they started asking « Why Beirut? ».

Choosing this city as a destination to finish my History of Art studies seemed foolish when you live in Paris, somehow the city of arts. As I was excitedly entering the flight that would bring me to the other side of the Mediterranean Sea, seduced to witness Lebanese travelers not containing their happiness, I was not expecting to face the same avid interrogations. And the question felt even more oppressive « Why Beirut? ».

Until now, I had a hard time gathering my thoughts on that question. Summing up ten ye 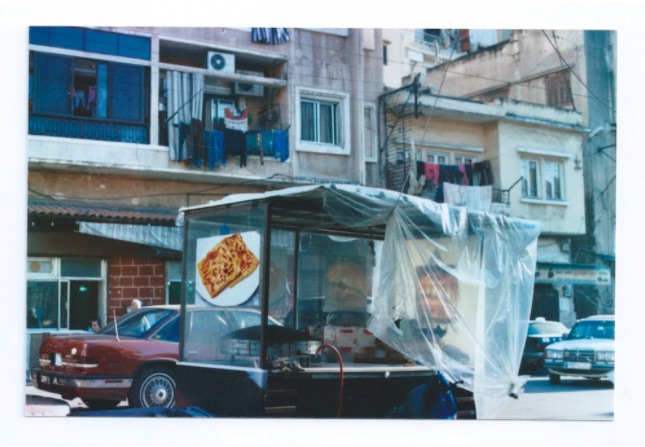 ars of increasing fascination, a million of images in my mind and feelings that do not find words to be described would betray the dream itself.

« Basically I am into arts », I usually start with a sight of laziness… -Summing up a complicated orientation, that wouldn’t be relevant to be precised here. – Generally from this point, my interlocutor starts to nod.

Lebanon and Beirut are an ultimate millenary testimony for an History of Art student. From the Phoenician civilization until the latest contemporary artists, it seems art has linked period of times although, the valorization of the patrimony is often depicted as lacking in such a vibrant country. However, walking in the streets, I spotted much more than I would have imagined of such a small -geographically-talking- country, meeting Ottoman patrimony, Mameluk hints, Roman presence, promising street art, relics of colonial architecture and exuberant brand new buildings.

Maybe I’ll be contradicted, but Beirut doesn’t have the melancholy that many other has. The tragical past, although way more visible than in other places, seem to have rooted the city in this offhand pride that make every Lebanese walk forward with an imposing bearing paired and a gleaming look. And even when one can hear singers crying off a car’s radio, it doesn’t seem like the past strangles its inhabitants. However, I see Beirut rather as a fossilizing city showing layers of a rich cultural history that has inspired generations of artists and craftsmen, that should be preserved although still in the process of building centuries of great art productions. 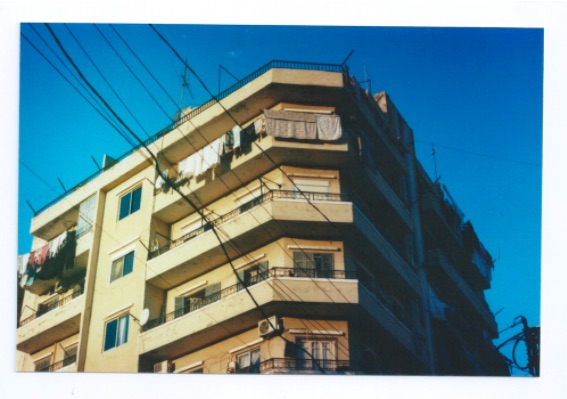 Through a continuous path, it seemed that I have always been attracted to Lebanese culture. I couldn’t escape it. Letting aside for a minute classical artistic systematization, for me it all started with music. Traveling as a kid, my father would bring back from our trips those CDs with Arabic music that would often feature Lebanese classicals. Without knowing, at that time, the tragical love stories those songs were related to -even though my dad was showing off explaining that “Habibi” meant Mon chéri–  I couldn’t get over this dissonant semitone of the violins and -I have to admit- this exotic melancholy that was turning me upside down. They molded the premises of my violent love story for Lebanon.

Then it was the archeology, the millenary patrimony, that ties empires, hectic history, the coffin of fascinating civilizations. From the anthropoid sarcophagus that I’ve been admiring many times at the Louvre to the almost unharmed mosaics of Jbeil or Jnah at the Mathaf that I can gaze at for endless minutes, treasures of Lebanon are spread in collections all over the world. Yet, a frenetic history carries out consequences such as the almost systematical destruction of marks and buildings of one dominating powership by another one who wants to erase the presence of the previous leaders, as well as wars, catastrophes damage patrimony and of course, governments who do not involve themselves in preserving the legacy of the country.

Lebanon is, sadly, one of the blatant example of this lack of National support but at the same time suggests the best answer to it.

The artists first, have been creating relays of National memory. They are, for many of them, filling the void let by what has been forgotten in history like Joanna Hadjithomas and Khalil Joreige or Walid Raad who recreate archives from what has been destroyed or rediscovered. They are forging the development of a contemporary Lebanese art scene that is retracing long lost past.

And Beirut is answering the reborn of its History. Beirut is now blooming not only with the numerous galleries that have always been supporting national artists, even during the war, but also with the implantation of foundations with the support of private initiatives replacing the lack of public support to recreate a dialogue between the people and its own history. This exciting effervescence and the pride that is motivating a deep interest towards art and history have definitely taken my heart. Not only it is about what have been created over the centuries, but the city is definitely encouraging generations of talented artists to come out. There is this mediterranean phlegm that is grounding the city, the temptation of boredom due to lack of public infrastructures, the dependance to the weather that forces to always look at the sky and its million colors and that somehow seem to enhance your creativity to boil out. And I’ve never felt more inspired than when frustrated by endless power cuts during nights of storm.

In the car that drives me back to Rafic Hariri Airport, the images that I try my best to catch as precisely as possible enter in conflict with the memory of the first time I was riding that way on the opposite side three months ago. I think about the reasons that made me come here in first place.Whereas now, it is such an evidence, I can’t remember, why it took me that much time to discover this place. As an artist or an art lover this destination is an answer to many inner questions. And at the end of the day, coming here made perfect sense. I shall start answering to this repeated interrogation with this simple but logic answer : Because Beirut.” 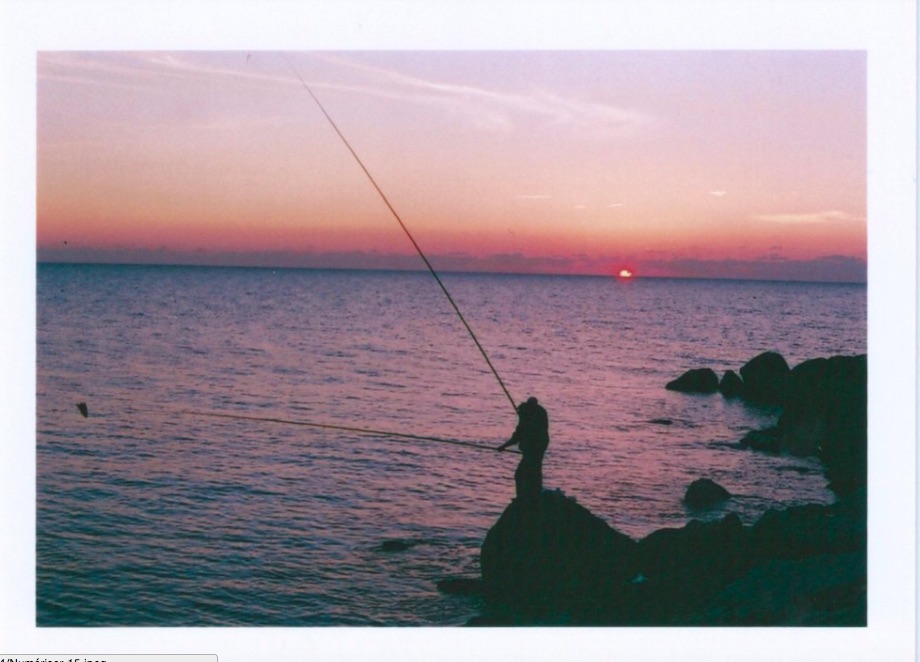 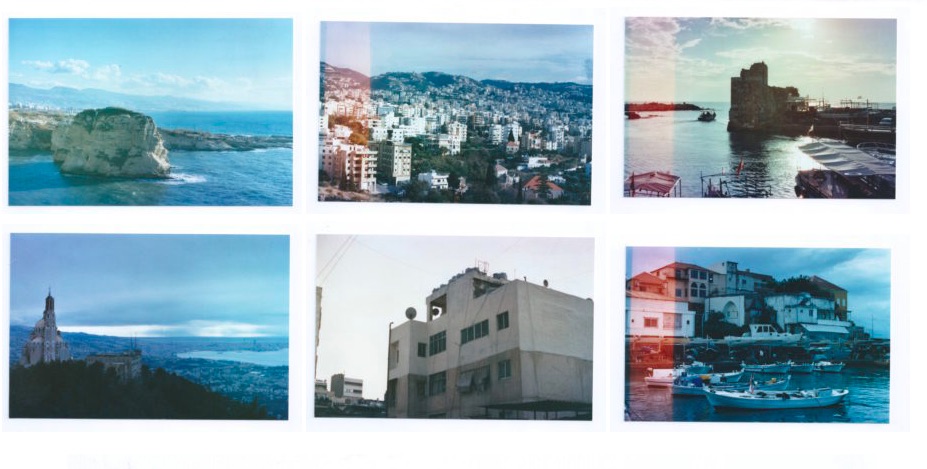