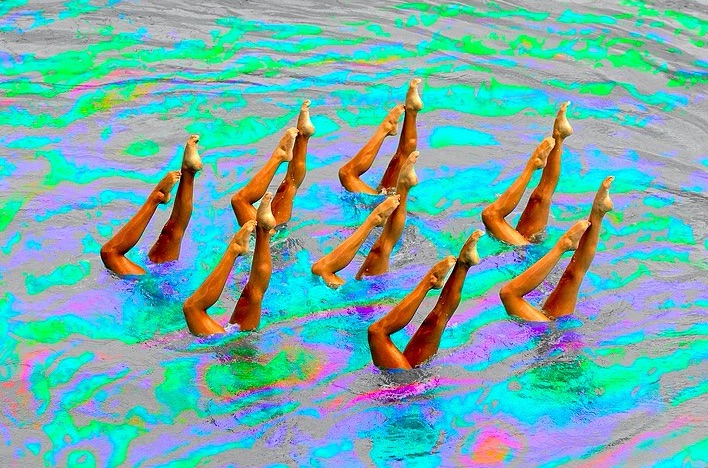 Monira Al Qadiri is a real world-citizen. Kuwaiti, she was born in Senegal before moving to Japan where she studied and received a Ph.D. in inter-media art from Tokyo University of the Arts.

Her thesis focused on the aesthetics of sadness in the Middle-East which arise from poetry, music, art and religious practices.

As a visual artist, Monira uses her work as a platform to explore a variety of subjects, some controversial such as gender identities and the legacies of corruption but also more effective themes like the petro-cultures and their future, looking into the possibilities of their evolution. 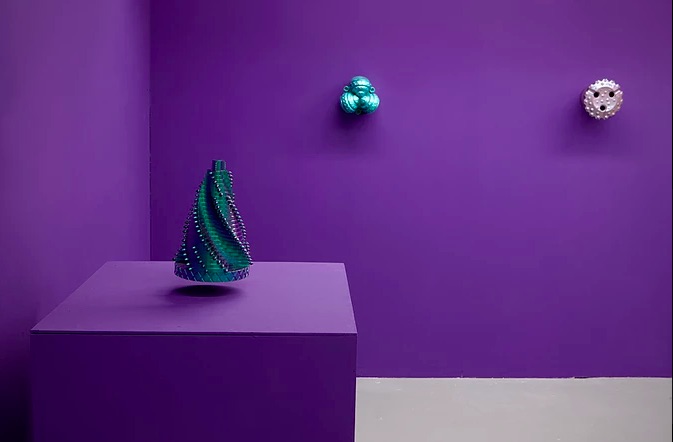 Monira is also a member of the artist collective GCC, whose most significant solo exhibition to date was held at NYC’s MoMa PS1 in 2014.

As per now and until 2018, Monira is living in Amsterdam, where she is undergoing a two year artist residency at the Rijksakademie.

Out of her very dense and impressive resume, we highlighted 8 solo exhibitions since 2009, 3 residencies amongst which, one at Beirut’s Ashkal Alwan but also over 20 group exhibitions. 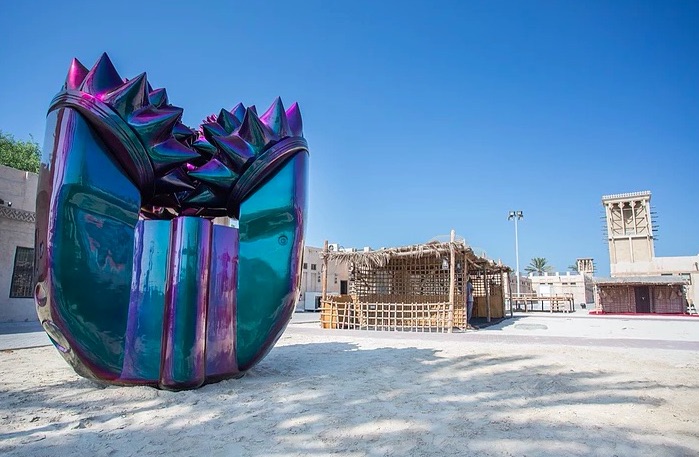 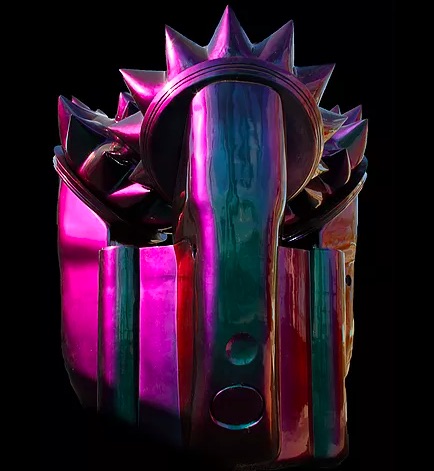 ​”Pearls and oil share the same color scheme on opposite ends of the dichroic color spectrum. The exploitation of these two materials at various points in history has been fundamental to the cultural and economic life of the Arabian Gulf region.  Spectrum 1 and 2 follow on from the artist’s research into the historical and cultural legacy of the pearl trade, and the massive social and economic shifts brought about by its replacement with a petro- economy.

Based on the heads of oil drills, these alien-like sculptural objects liken these machines to intruders from another planet.  Here the substance of oil is presented as an alien intruder that dramatically changed the historical narrative of an entire region, forever altering our bodies and landscapes.” 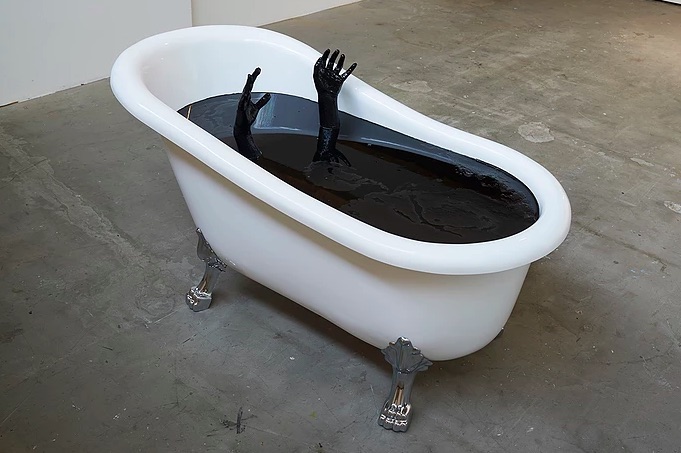 ​”Before it became a fuel source, oil was often used for its therapeutic and medicinal properties, known as the ‘miracle liquid’ from around the 6th century BC. It was said to cure many ailments, from feet sores to impotence. This ancient use of oil can still be seen in places like Naftalan in Azerbaijan, where people bathe in it for ten minutes as a spa treatment. This work imagines this therapeutic practice’s  resurgence in the future, after oil has become worthless as an energy producer.”