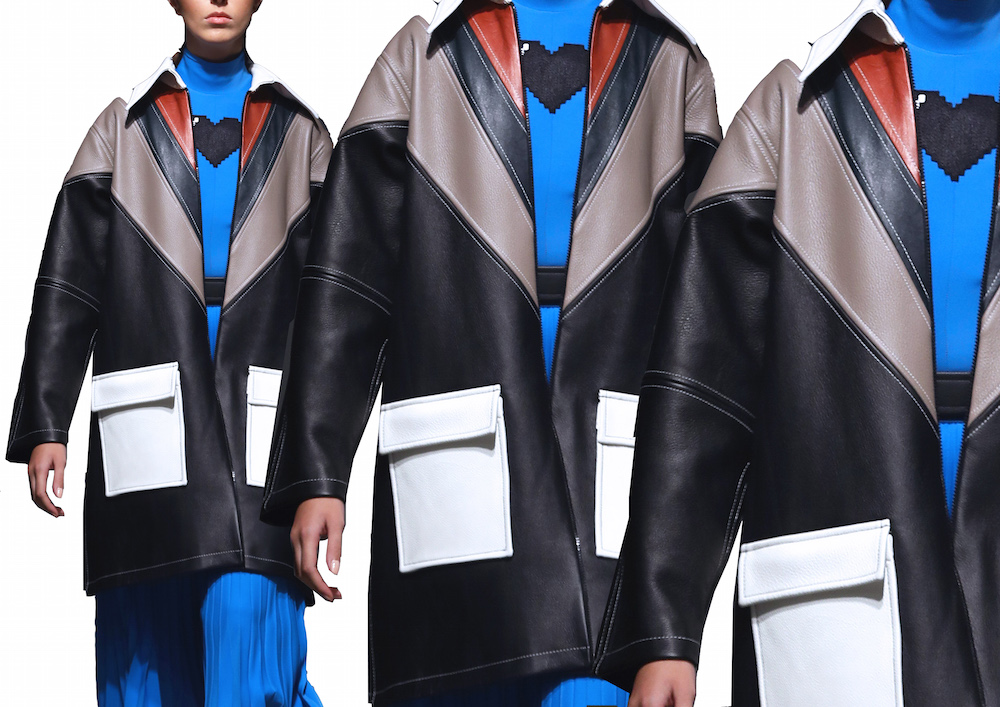 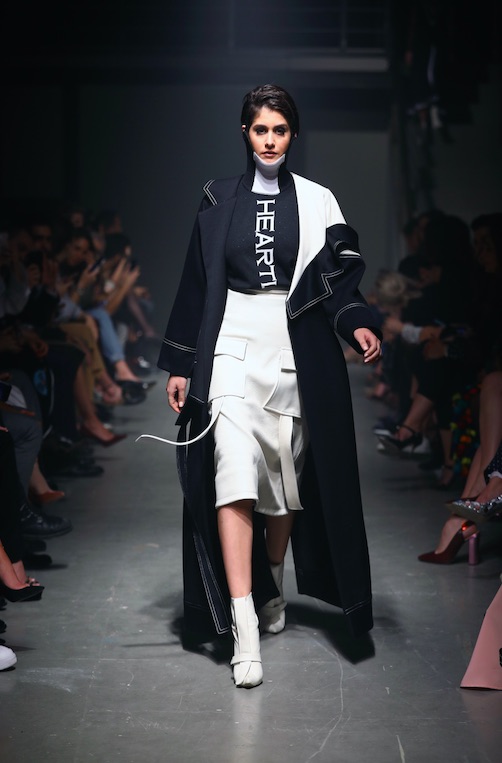 The venue, think a Berlin underground club with a very industrial-cool vibe, is packed with every single protagonist of the Lebanese fashion-design scene, dressed in edgy outfits, impatiently waiting to discover what we’ll be dreaming about this coming Winter.

As the show starts, a strange message pops on our phones : “I will turn you heartless” signed Lili. For a bare second, we wonder if this is a joke from a Roadster Diner employee after we complained about dry fries. But soon enough understand who Lili is : “A destructive cyber virus is here to abolish its victims’ feelings, emotions and memories. Her name is Lili. And her last sufferer would prove to be none other than Hussein Bazaza himself. As a result, he has been deprived of his creativity, his passions, and his memories.” 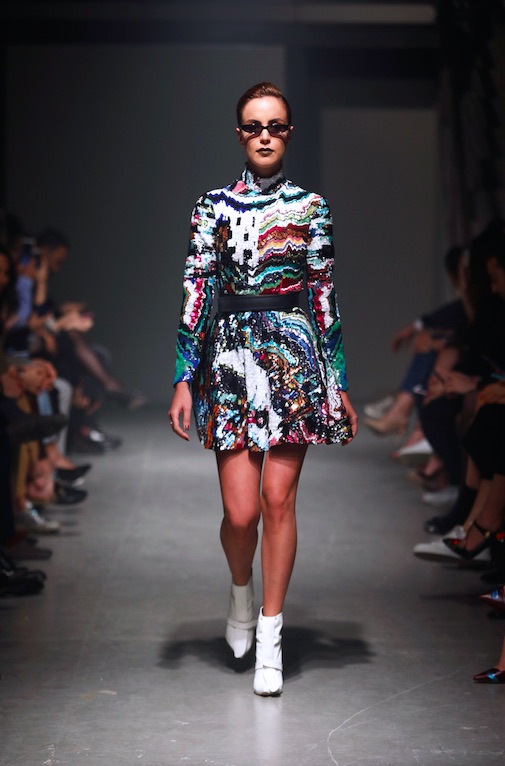 As interesting as it is brave to state it, Bazaza’s lack of inspiration was at the root of his creative process for the collection. The designer seems to have found a starting point in demotivation, in what should be a frightening ideas breakdown.

And so it begins brutally with “geometric cuts, rough leather, and stitching. The looks are glitched, blurred with hazy effects as embroidery, beading, prints and motifs translate the infection of the Lili virus.” Nour Arida who opened (and closed) the show, perfectly personified this FW18’s mood with her saturnine and mysterious beauty.

Not here to stay, the designer’s pain fades as the colors brighten up and the glitters join the show. Fushia, Blue, Yellow, sequins: all together invite us to embark on a visual feast.

“The collection has an omnipresent black heart that pervades a majority of the looks. It begins as a pixelated one symbolizing its non-functionality, and evolves into a bigger black heart. As the designer heals, colors starts erupting from the once dark and glitched heart.”

One of the silhouette, pairing an asymmetrical blue dress with a crushed-raspberries glittery coat leave us flabbergasted. So does the sequins-embroidered black and blue midi-skirt. 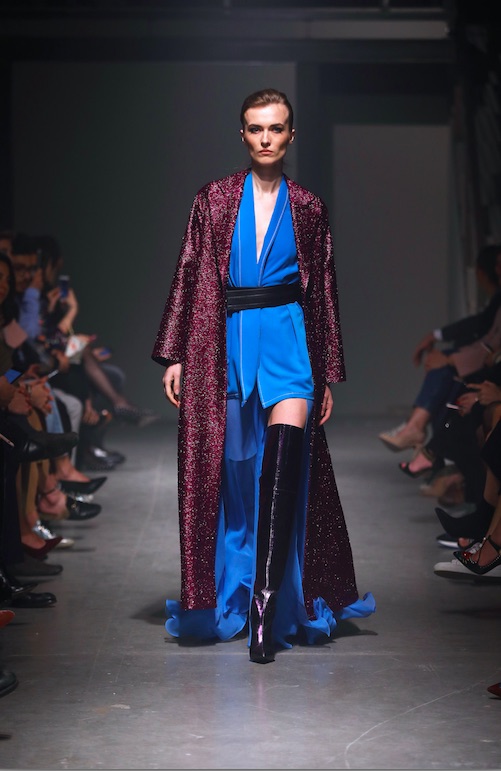 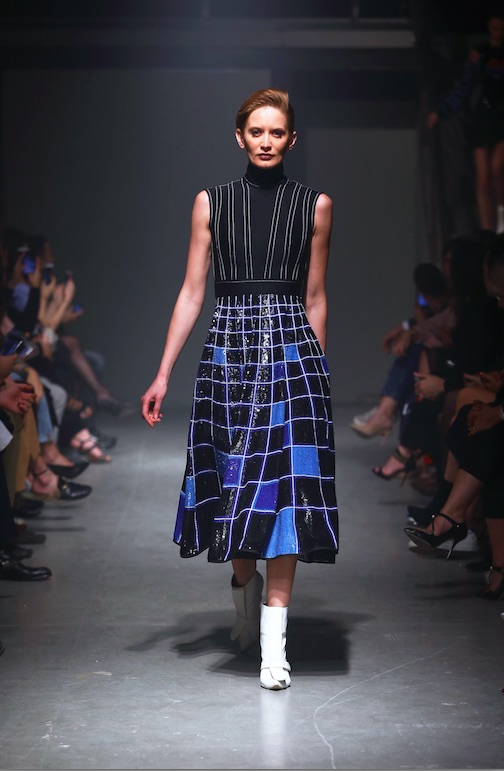 As the show comes to a close, Hussein takes his bow, graces his mother with an emotional hug and enters back into the shadows.

More than a Fashion Show, Bazaza’s collection acts as a remedy against the fear of the unknown, the undesired, the creative blur, testifying beautifully that there’s always light in the darkness. 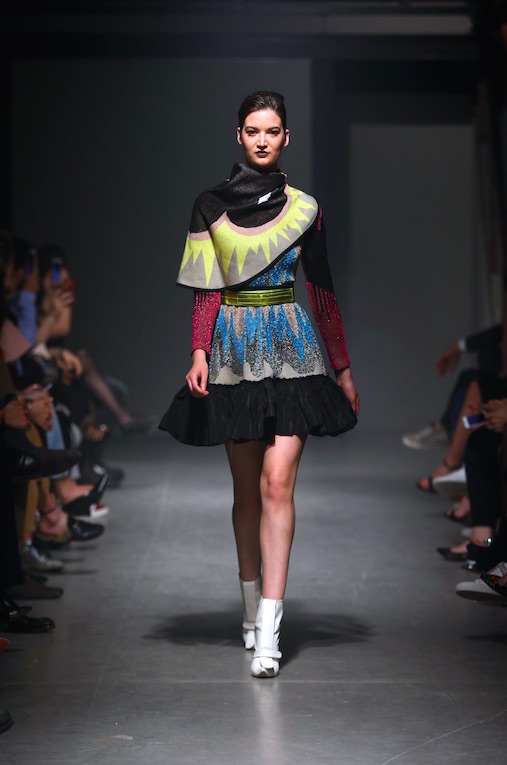 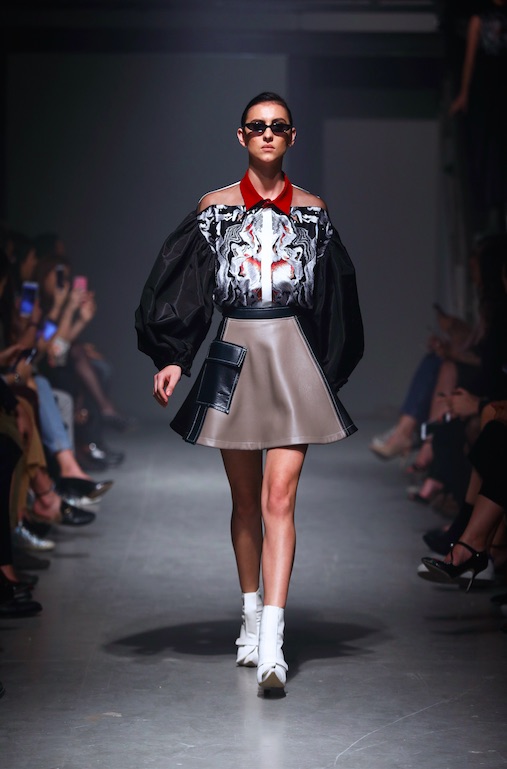 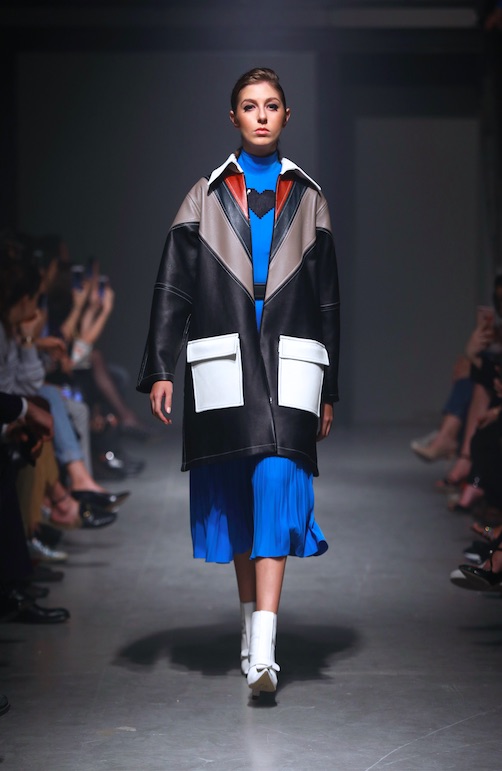 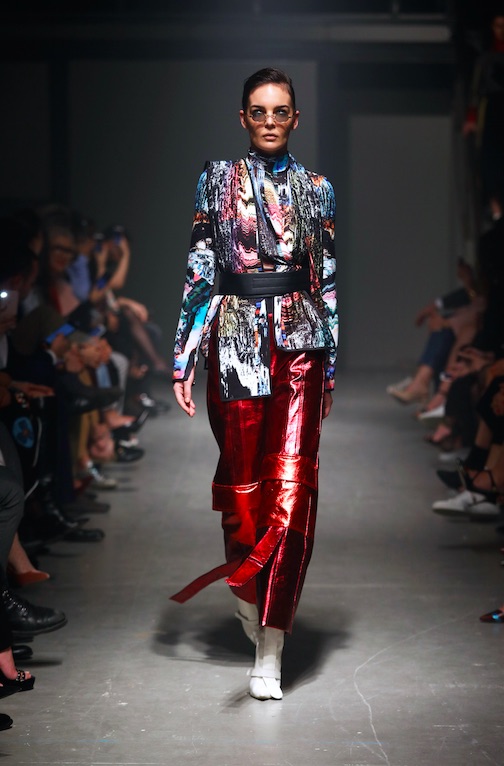 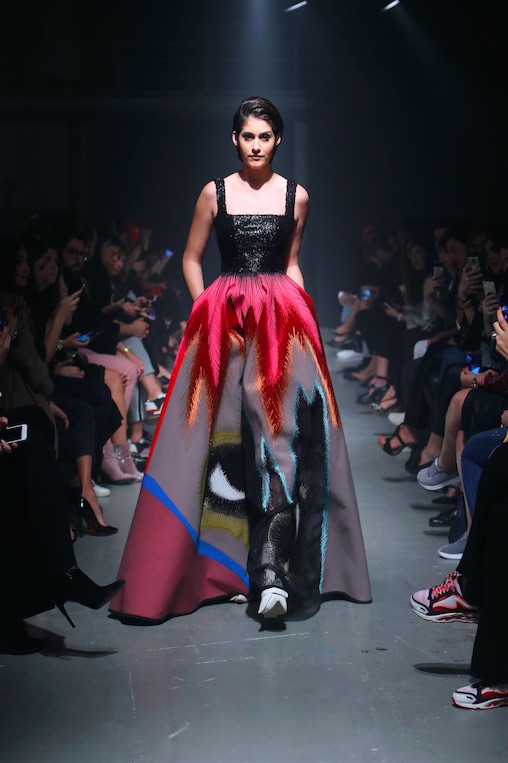