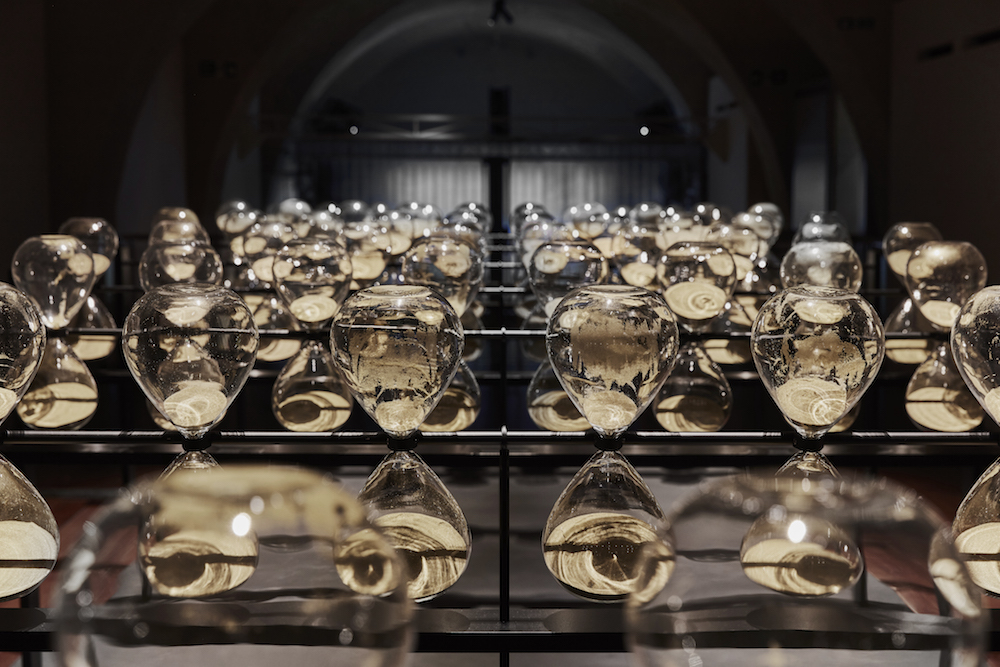 This year at the London Design Biennale, Tinkah presents ‘Time is Subjective’, an installation concerned with the passing of time with particular reference to the United Arab Emirates. Hand-blown hourglasses holding desert sand appear suspended in mid-air, rotating intermittently around the viewer, creating a hypnotic ode to time itself.

Tinkah is a multi-disciplinary design firm, named after the artifact of the same name which consists of a tin container used by Bedouins as a keep-safe for their valuable possessions. Drawing on such traditional designs that stand the test-of-time and inspired by contemporary innovation, Tinkah promotes collaborations between artisans, thinkers and artists from across the Middle East to create unique expressions and innovative solutions. Their clients range from cultural organizations to commercial enterprises and their internal design team is truly international. Tinkah is constantly seeking out new ways to manipulate objects and materials by drawing on modern techniques whilst staying true to collective cultural memory. 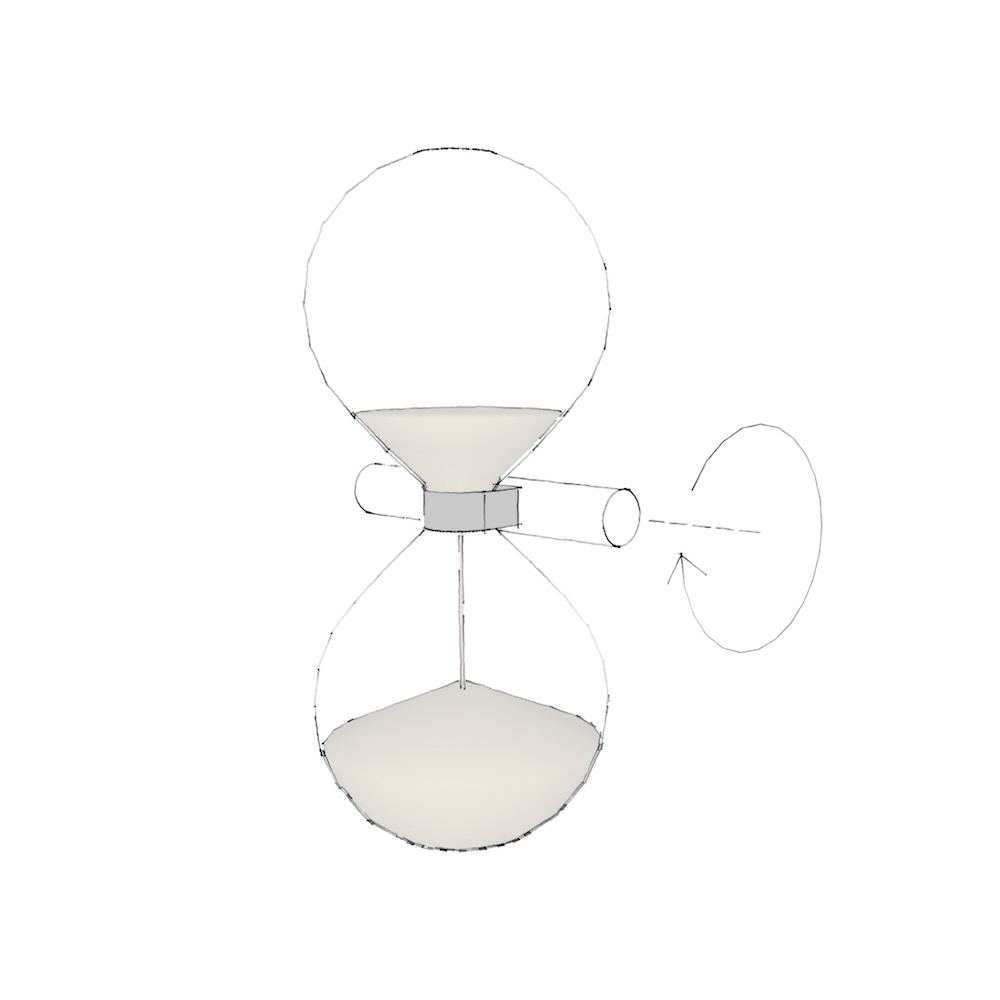 ‘Time is Subjective’ speaks to the passing of time in the Emirates, which in the past half century has had a profound impact on the region in countless ways, from shifts in demographics to stark transformations of the physical landscape. As the effects of time manifest in the physical, the often-elusive concept of time is taken from the abstract to the concrete, a process that inspired Tinkah to create ‘Time is Subjective’.

The latter draws upon the tangible realities of passing time, as one of the designers explains “Time can sometimes feel so tactile, something you can almost touch”. The designers’ material of choice to evoke such an idea is desert sand, an apt choice seeing as it was this very matter upon which regional cityscapes have been transformed in recent times, together with the fact that sand still represents an integral aspect of cultural heritage in the Emirates.

This substance is contained within hand-blown hourglasses which rotate intermittently, drawing attention to the unpredictability of time. This is another major part of the project’s premise- the designers seek to draw attention to the malleability of time, to the way in which perceptions of it change along with the context of the perceiver. Thus, time here is not a steady constant but is fluid, much like sand running through an hourglass, rotating at intermittent rates. 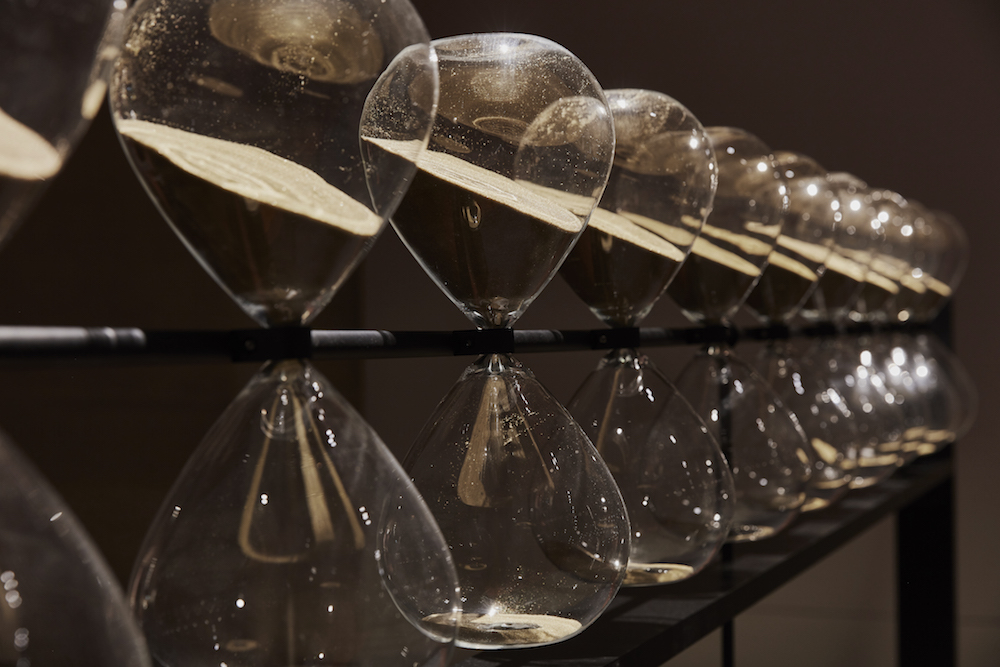 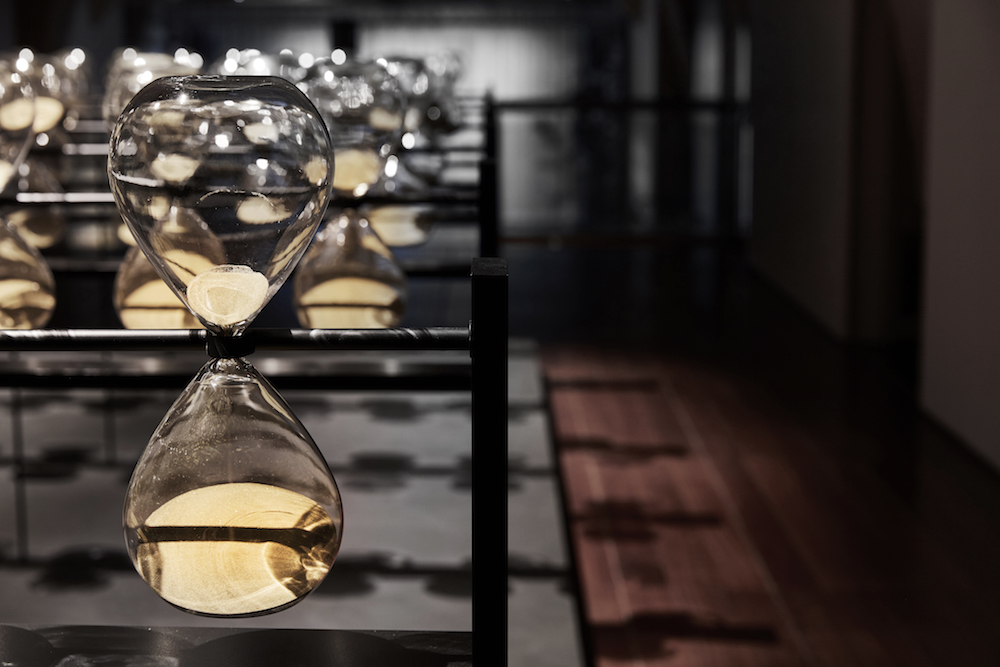 The installation is comprised of 70 hourglasses, a number that pays homage to the most important decade of the UAE’s history, the 1970s, when all seven emirates united to form one country. From this moment on, the country began to develop at unprecedented rates and in so little time, the region went through a metamorphosis, a physical transformation that defied all odds. ‘Time is Subjective’ stands as somewhat of a tribute to this process, as it reminds us of where it all began whilst providing a tangible rendition of the time that transformed it. 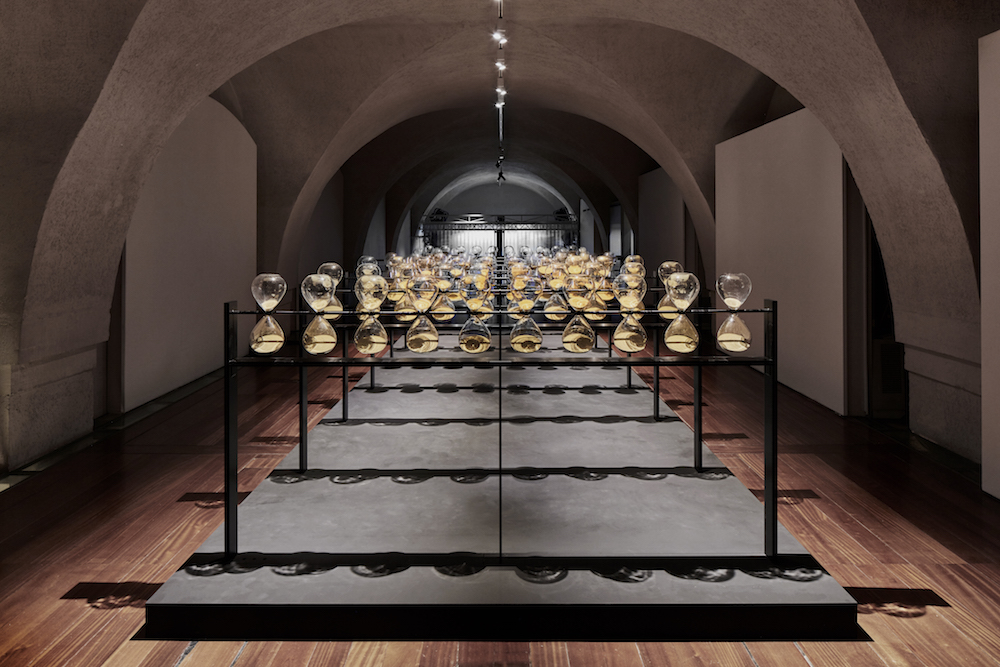 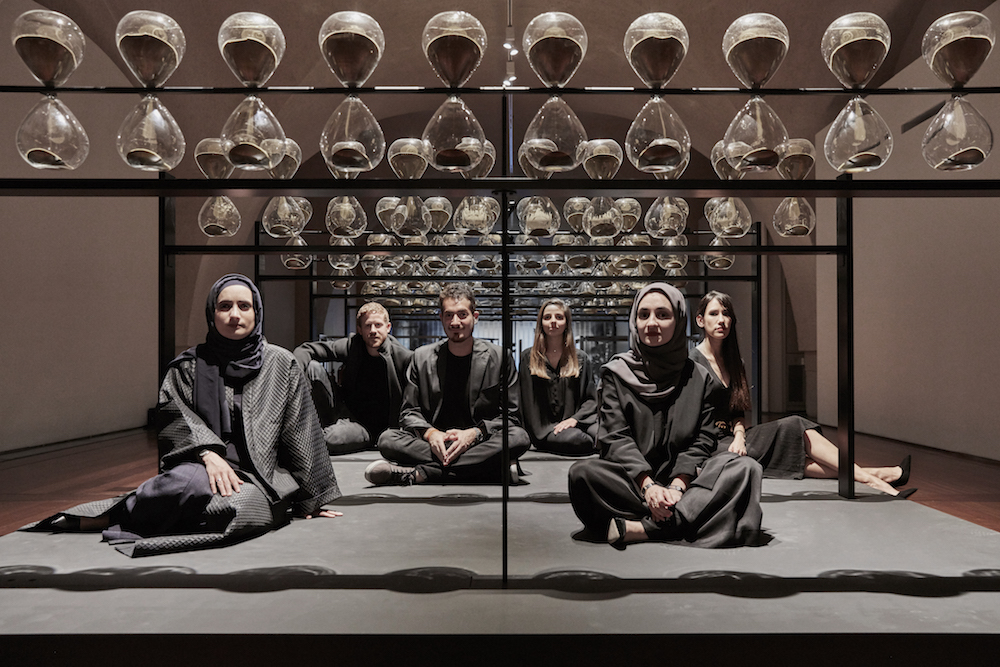