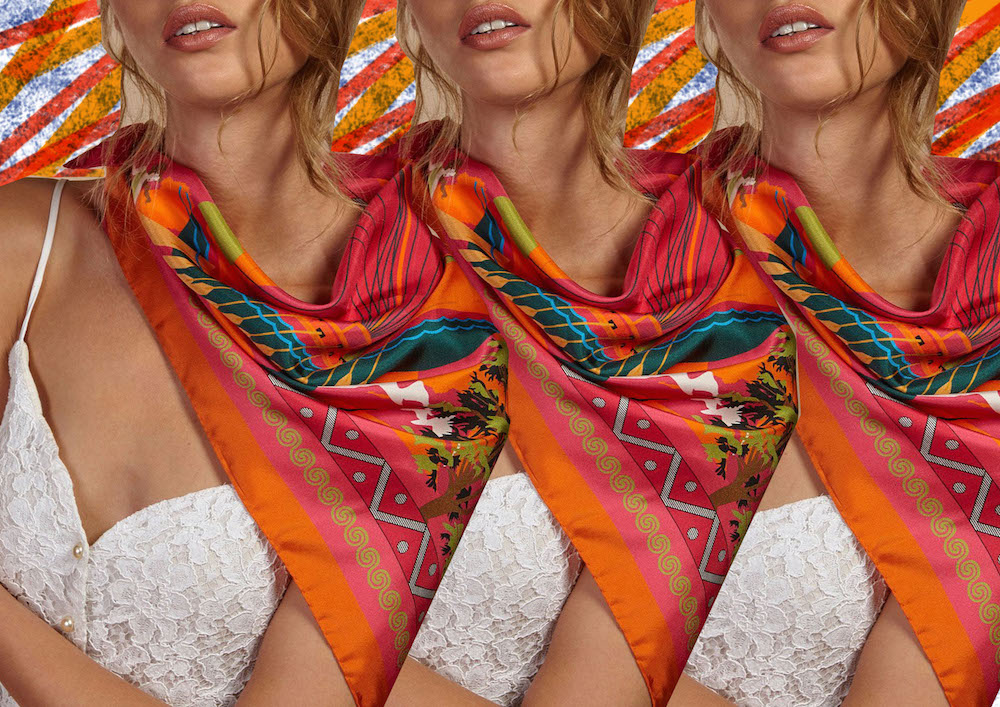 Born in Beirut, raised in Montreal and currently based in London, Karine Assaf isn’t your typical artist.

With a background in engineering and consultancy, Karine went through a few years of executing jobs she wasn’t exactly destined for before she eventually let her passion took over and launched her silk scarves label in 2016. 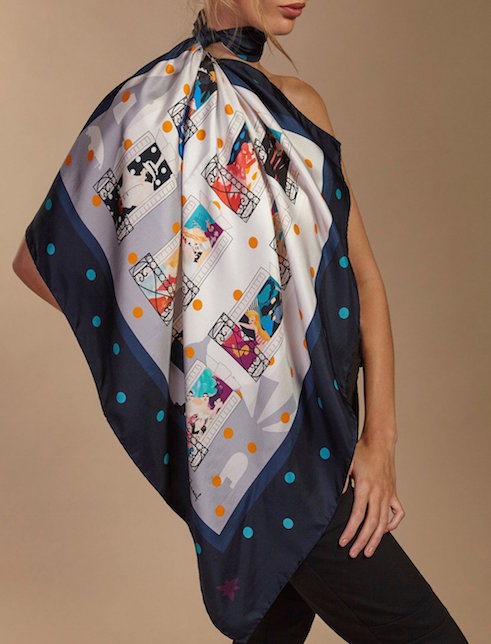 However, at JDEED, we do believe that no life experience is ever wasted. Assaf is the living proof of this belief. She got the idea of creating a paint out of wasted fruits and veggies mixed with organic earth pigments after a work project she’s had on the optimization of organic waste in Cambridge. And is now applying it partly on her designs.

But Karine Assaf is not just a scarf designer, she’s also a very imaginative story teller.

Each piece of her collection is an ode to one of her numerous travels, depicting her feelings and emotions on a 100% Silk scribe.

The scarf she designed after returning from Japan is not only her favorite but also her best-seller. Following the traditional wedding ceremony of a Lebanese-Japanese couple she attended, Karine imagined the scarf, bearing in mind the “Magnificent bride (who) was wrapped up in a shiny silk embroidered traditional red Kimono.”

Available as 90×90, twillis, and a few items in 70×70, Karine Assaf’s pieces are wearable in every possible way, from your regular scarf to a headband, belt, top or chocker.

Colorful or more discreet, timeless, produced in Italy: what’s not to love?

You can get your hands on one of Karine’s piece right here. 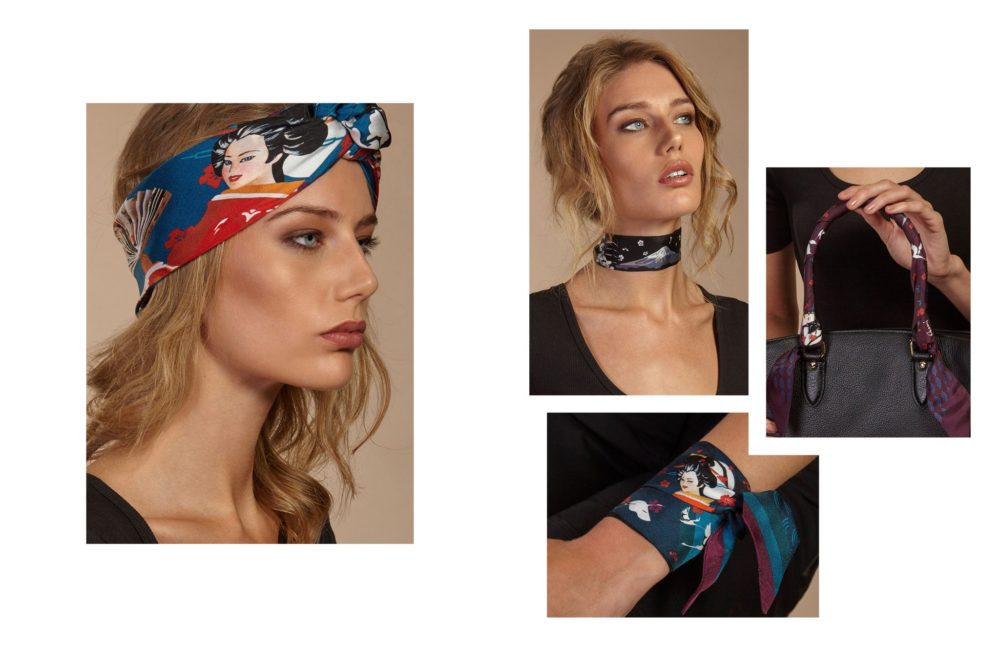 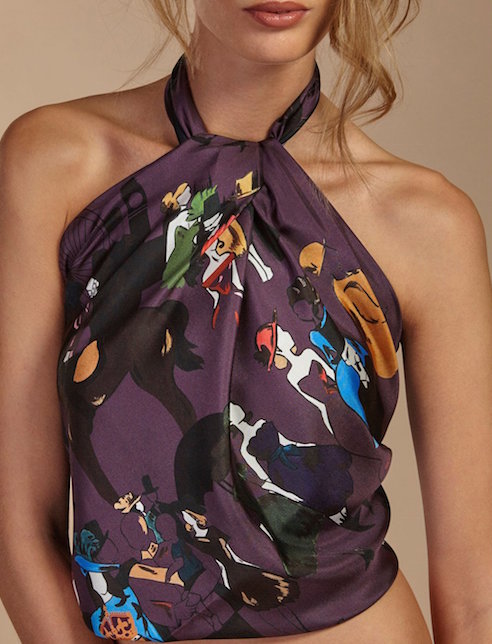 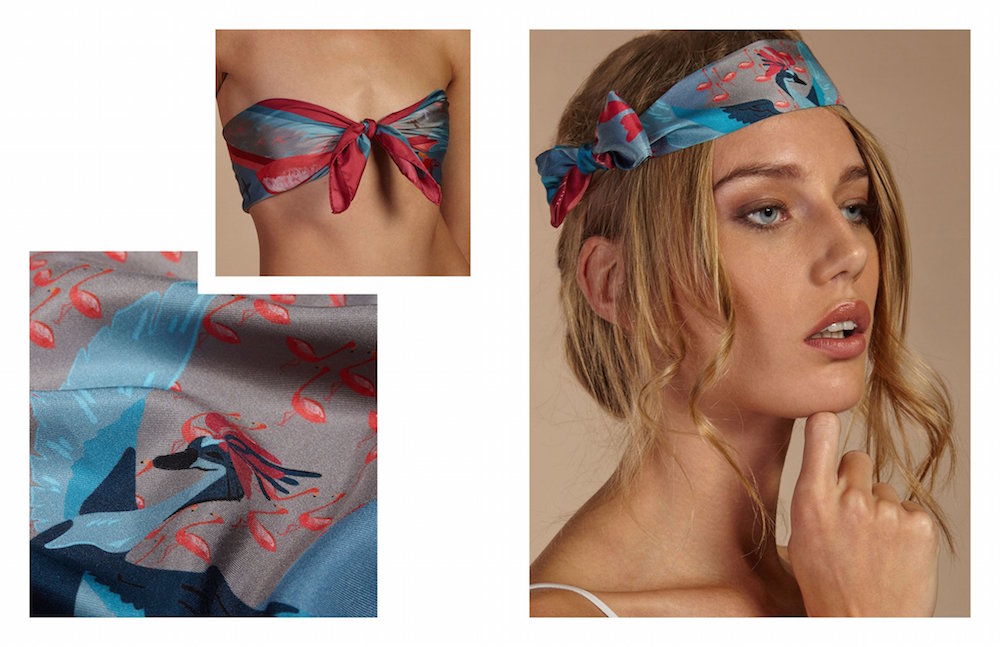 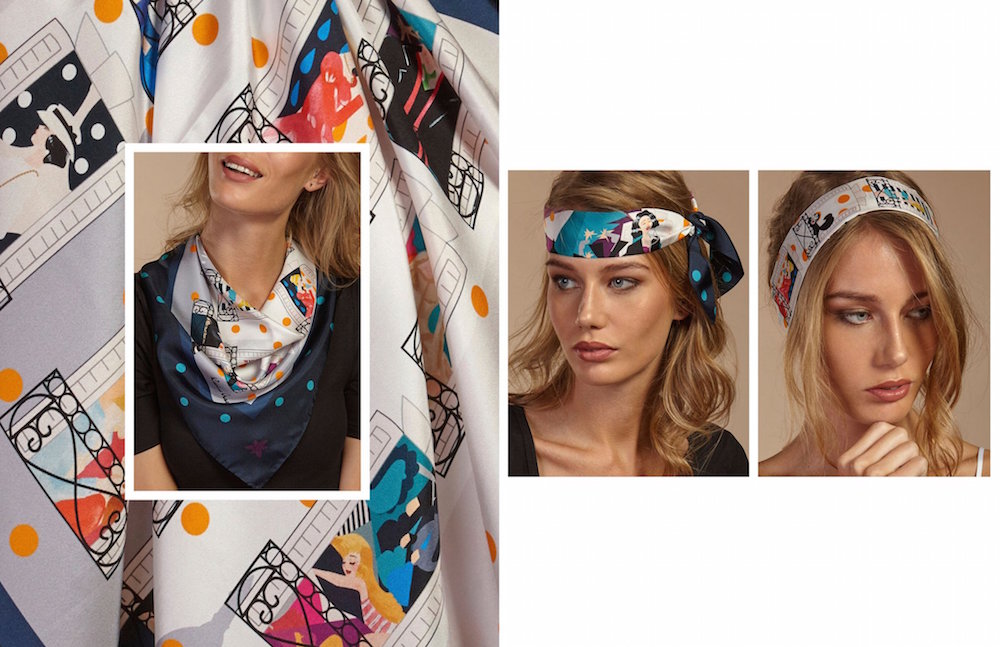 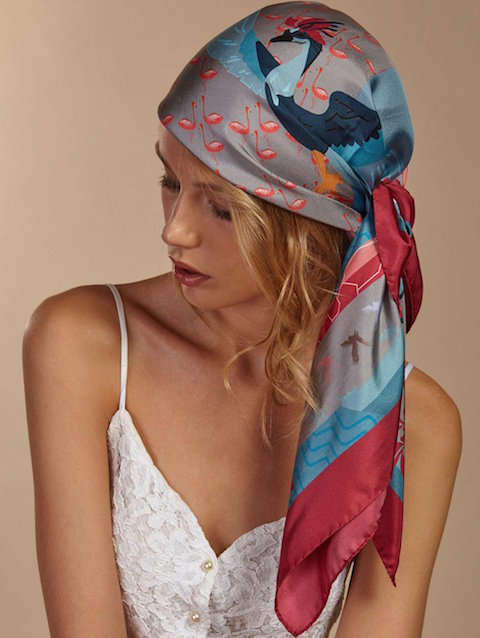 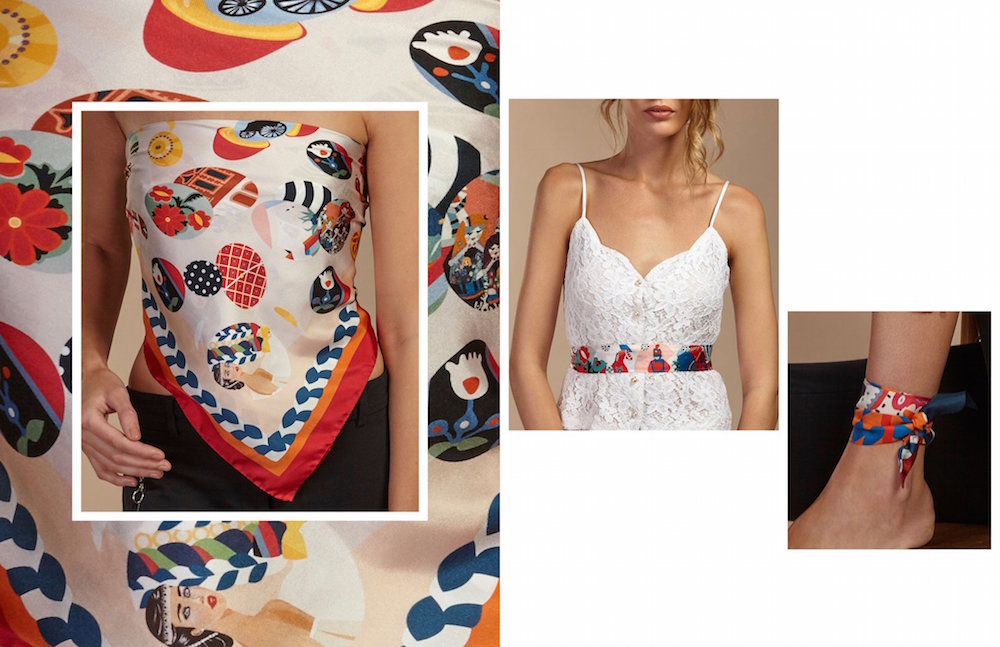