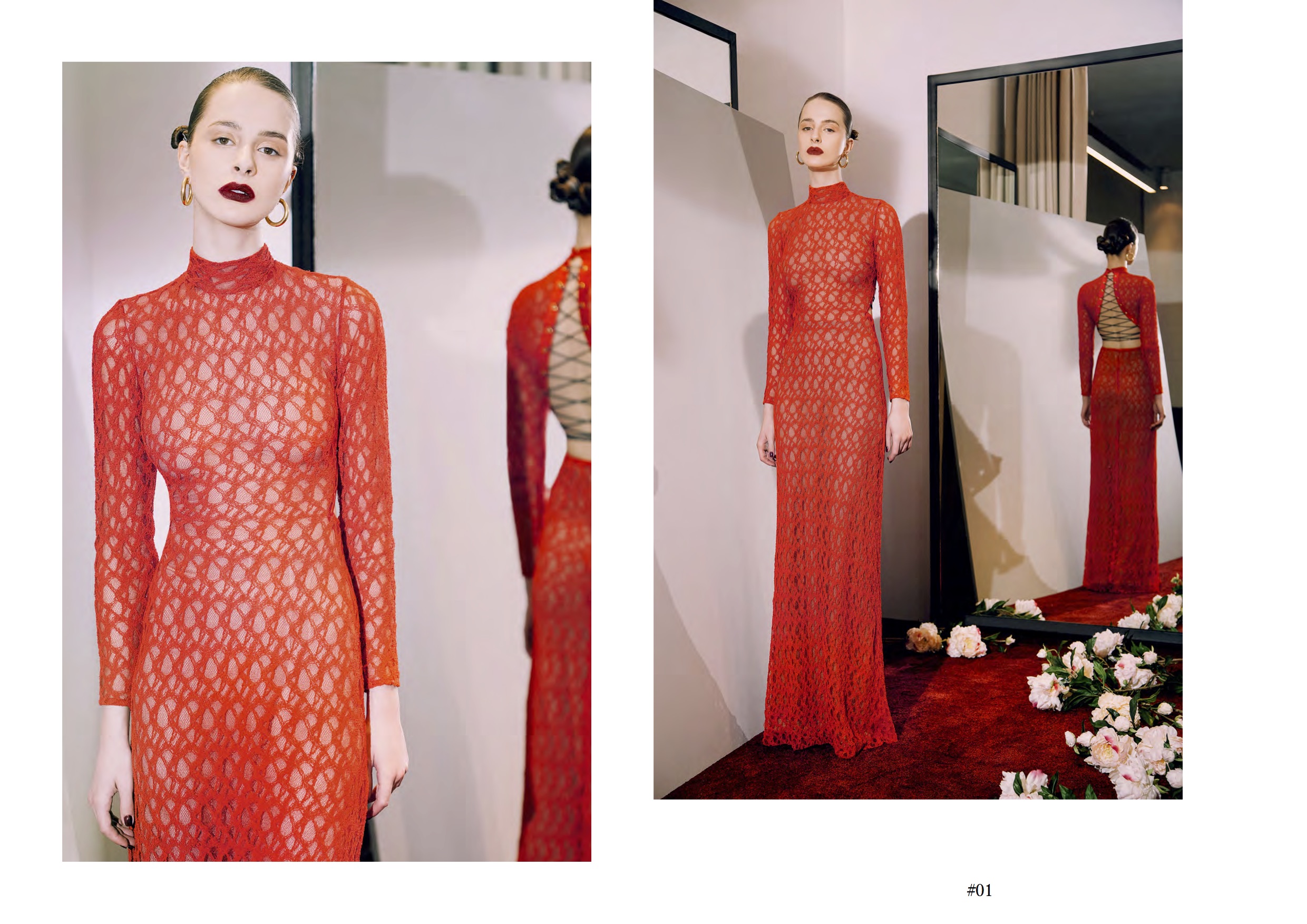 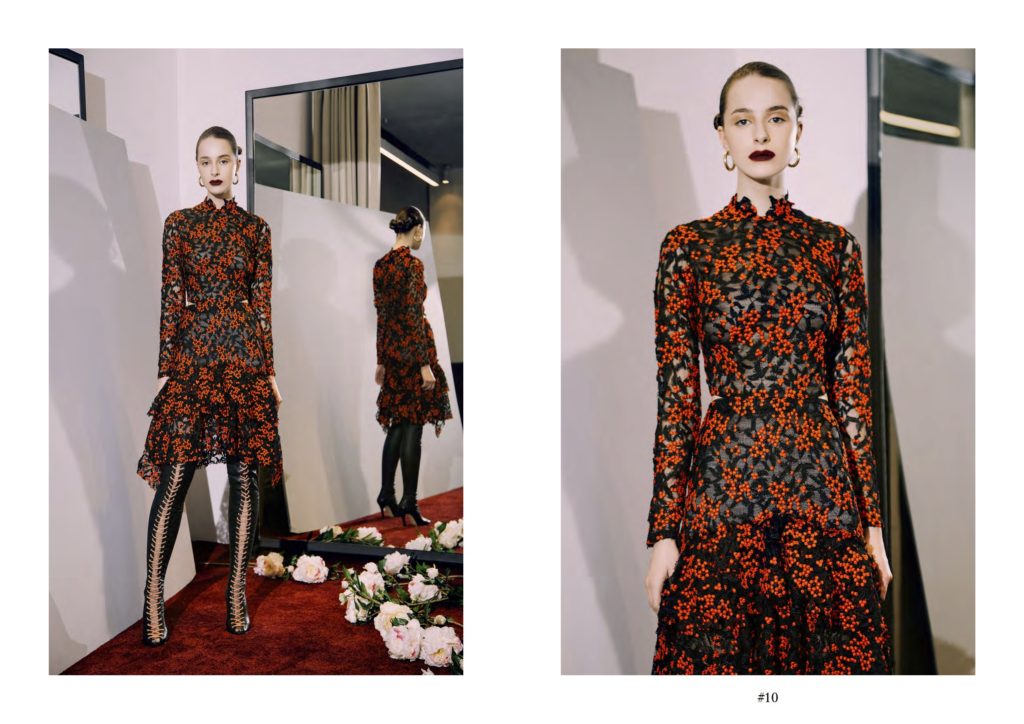 We met Sandra in her Beirut studio at the heart of the buzzing neighborhood of Gemmayzé. From her native Geneva, she established herself in Lebanon where she is now one of the most promising talent of the country’s fashion scene.

This self-made entrepreneur told us everything from her studying years at the Beaux-Arts and Istituto Marangoni in Paris to her training years at Elie Saab and to the daily life of her atelier.

We are in your studio. How long ago have you settled it down here in Beirut?

It’s been around 7 years that I’ve been working but more like 5 years that the company is officially established because the first two years I came back from Geneva, learned to speak Arabic again, created a team, found the premiere d’atelier, pattern markers…All of this has taken a while. Creating this infrastructure has taken around a year and a half if not two.

Do you like the pattern making aspect more or the design side?

I am not at all a pattern maker. Of course I have learned and I understand the techniques of all the different aspects of a pattern very well but I’m not a pattern maker. I’m the designer, so I create, I’m the only one who draws in my company for the moment. For example, I’m in charge of the prints, the drawings, the croquis, when I’m with personal clients as well, I take care of them but not of the pattern. Unfortunately when we lead a team, we don’t have enough time to endorse each role. If I were only doing patterns I wouldn’t have time to meet customers or fly to Paris for Fashion Week and that would be impossible. 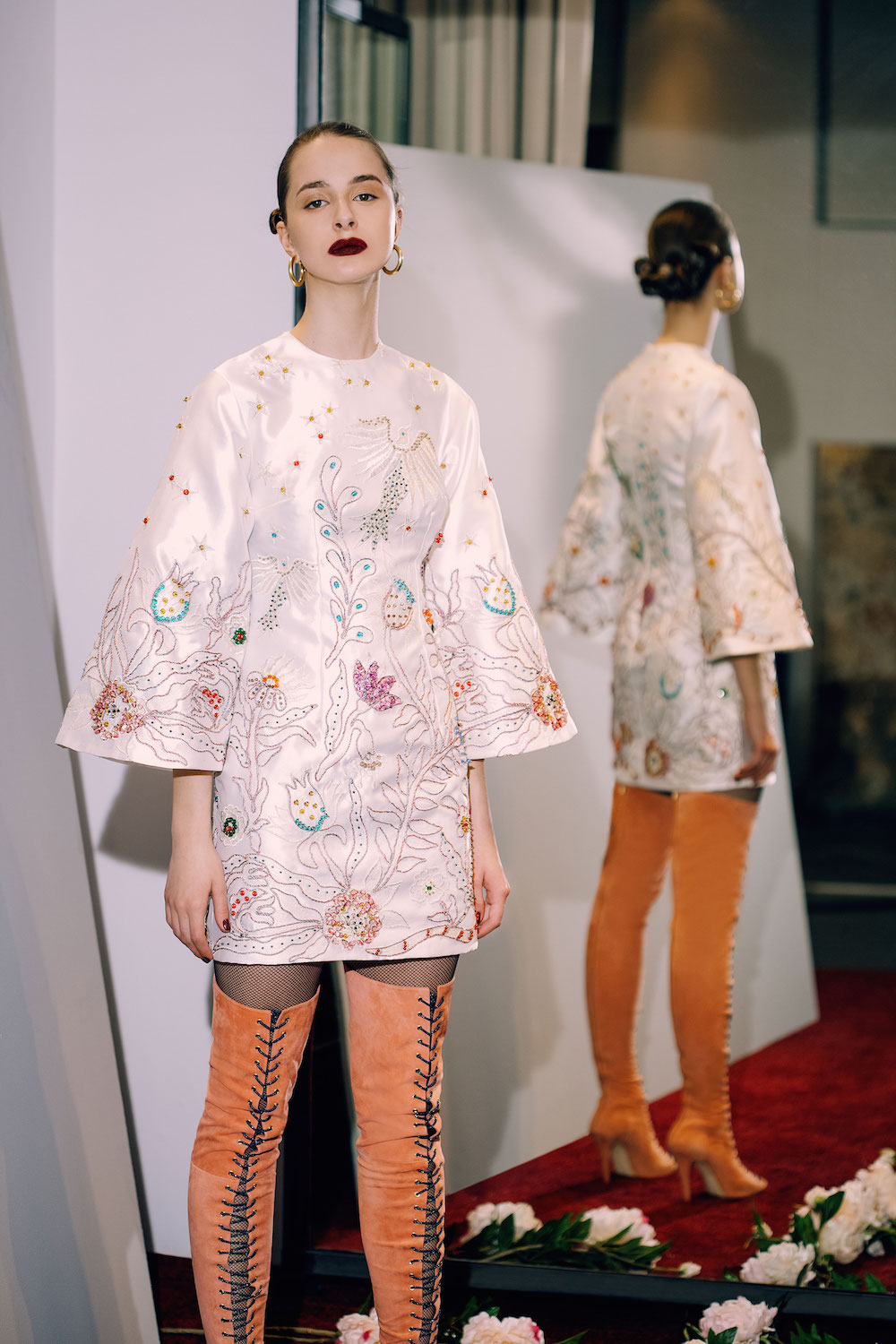 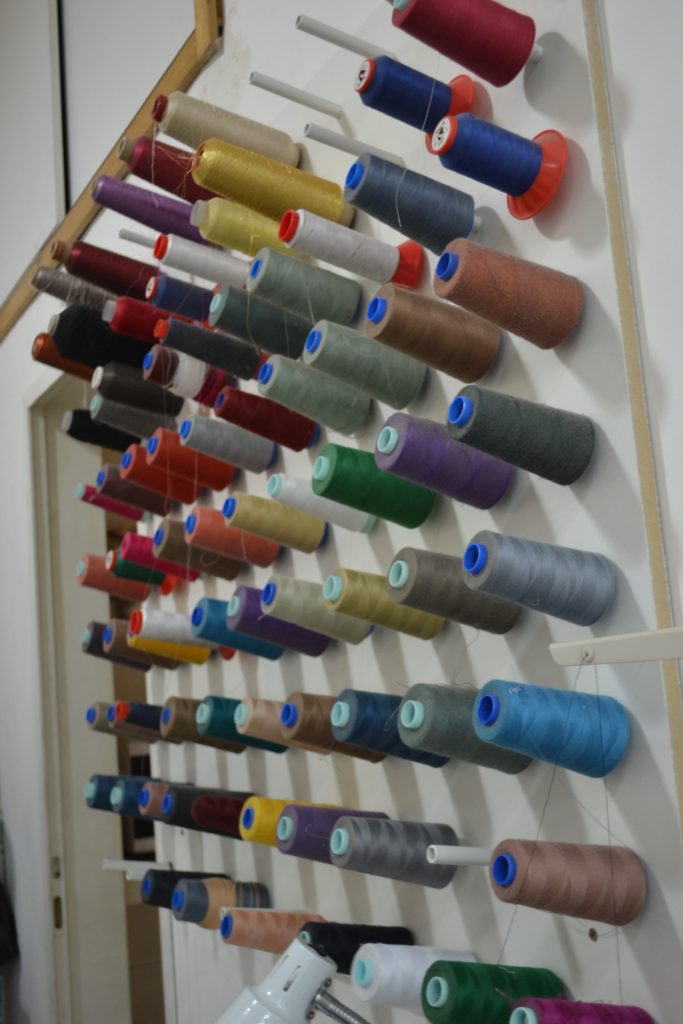 Personally I hated it, I was really a bad pattern maker! And let’s talk about your background, you studied at Marangoni and worked with Elie Saab …

I worked with Elie Saab for two years, I did Marangoni…In fact I wanted to be a painter before wanting to be a designer but my parents sort of forced me to do business. Because I have a step-dad who works in finance and a dad who is a banker so I had two dads which were really business oriented and when I would tell them that I wanted to paint, they would laugh at me. They would say « No,no. You study business and then you do whatever you like. » In the end, I’m glad I did that because when you run your own fashion brand it is not only about drawing and picking fabrics and drawing embroideries patterns all day long, not at all. It’s about running this company and manage it all. So it really was a good thing.

I did business management and after I graduated I told myself, Ok , now I’m going to do what I really want, so I prepared my portfolio.I really wanted to be in a school with real artists, not the kind of school where you only pay to get in so I applied to the Beaux-Arts in Paris and got in. A year or two later, we were able to choose a workshop to discover a new branch of the school and I chose fashion. I really loved it, the creative side of it, so I asked if I could transfer- which I couldn’t- unless I re-stared everything. So I quit the Beaux-Arts and went back to Lebanon. I did an internship at Elie Saab and loved it so much that I started looking for a school that could enable me to get in fast and found Marangoni. The following summer I started school again in Paris and was working part time with Elie Saab still.

Read the rest of the interview in JDEED Magazine | Spring 2017