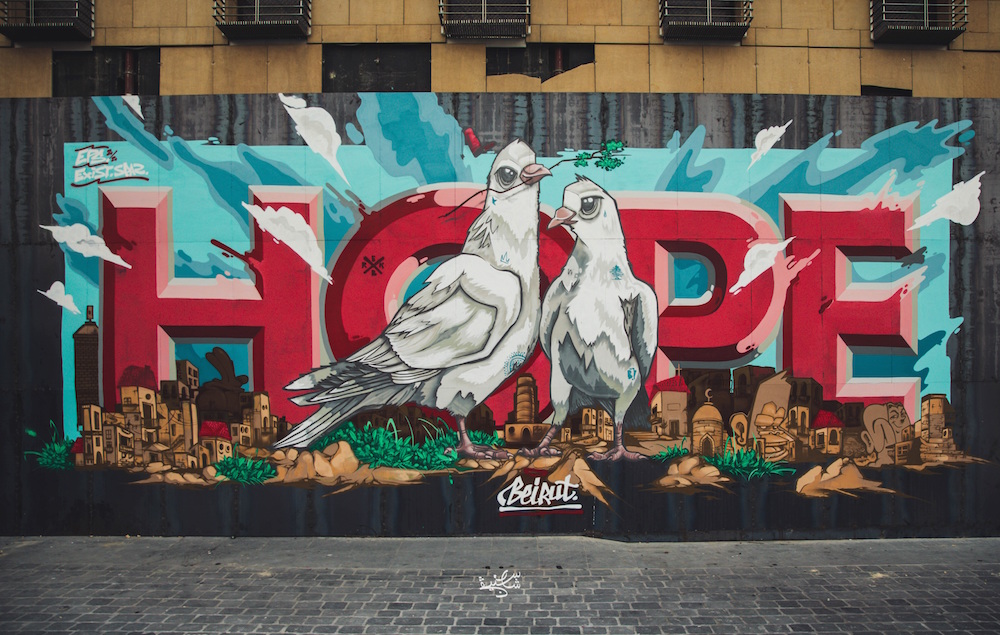 As part of Beirut-related artistic relief efforts, Le Gray started a new initiative in an effort to send a message of hope from the heart of the capital. Here is what you need to know about it.

Art has long been a way for people to express their beliefs, emotions and send out a message. This one serves as a message of hope, an initiative born after the Beirut port explosion. 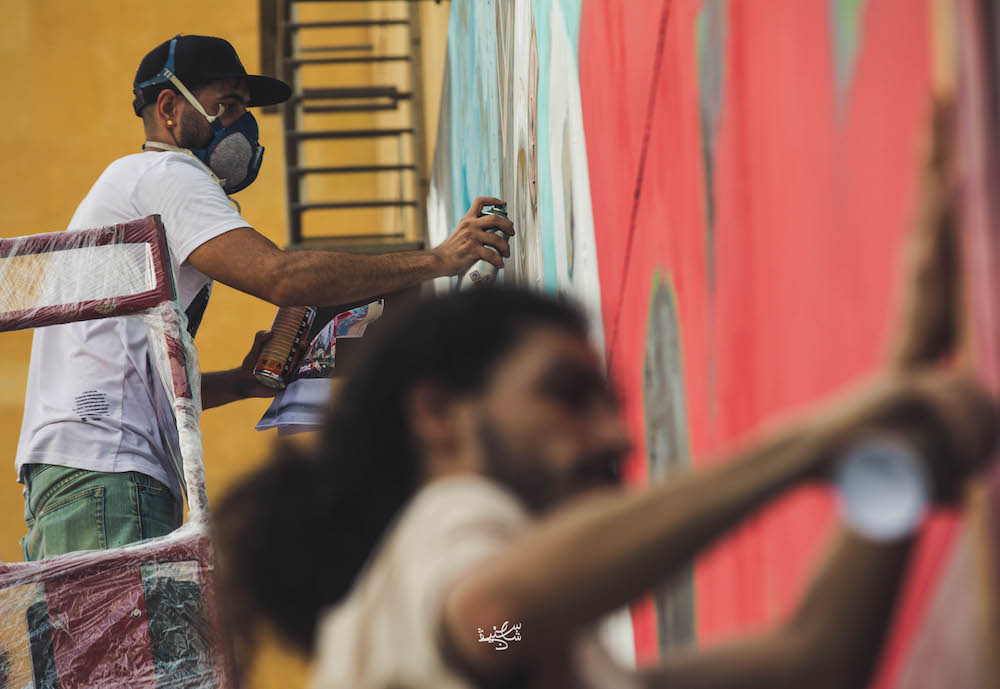 As a result of the explosion, Le Gray, a luxury hotel in the heart of Beirut, Martyr’s Square – a symbol of the Lebanese recent uprising, found its well-known façade strongly affected, succumbing to the shock of the blast. The windows and doors were quickly replaced by what seemed to be a black, solid colored metallic fence, something that strongly opposes Le Gray’s beliefs. This is how the Hope Takes Shape with Art initiative was generated.

The black fence turned into what many consider to be a colorful message of resilience, when three graffiti artists, Alfred Badr @apocaleps_, Spaz @sapzuno and Exist Ai @exist_ai took onto their creativity to “honor the unmatched people of Beirut”, as Badr put it.

“HOPE TAKES SHAPE WITH ART is an initiative that pays tribute to art, to artists, to culture, to Beirut, its heritage, its soul and its people. It is a shout out to say we are here to stay!” says Georges Ojeil, Area General Manager for Le Gray, Beirut and Campbell Gray Living and Hotel Amman.

The mural represents the city’s landscape with two doves over it, and the word HOPE as a center eye-catching point – a must-see. This piece only reinforces Le Gray’s known love for art and expression, being one of Beirut Art Week’s partners, and illustrates its message of hope to the people.

This initative is supported by Mirrosme