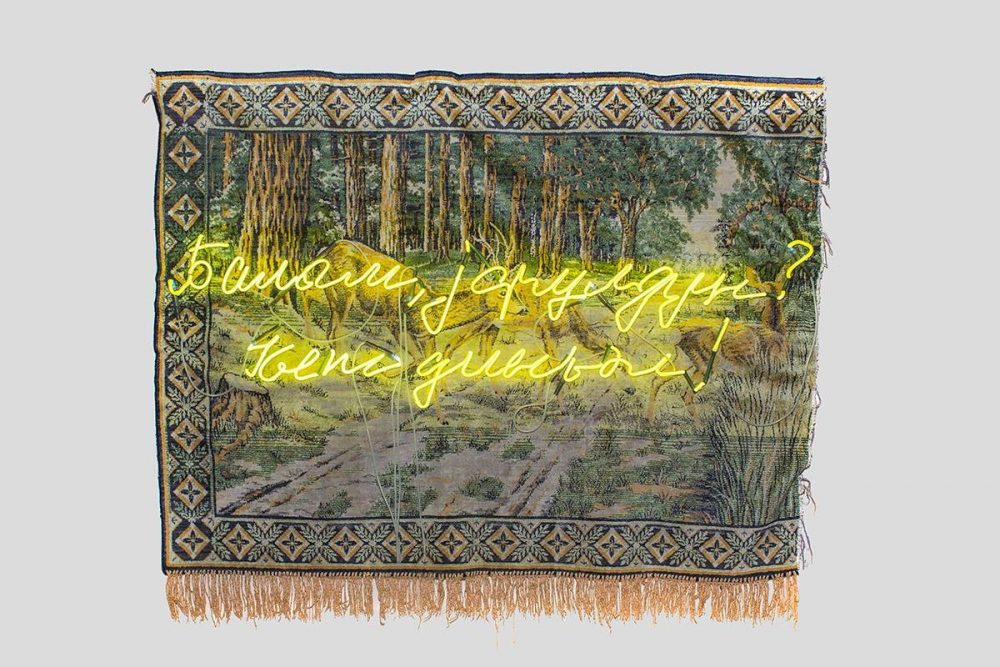 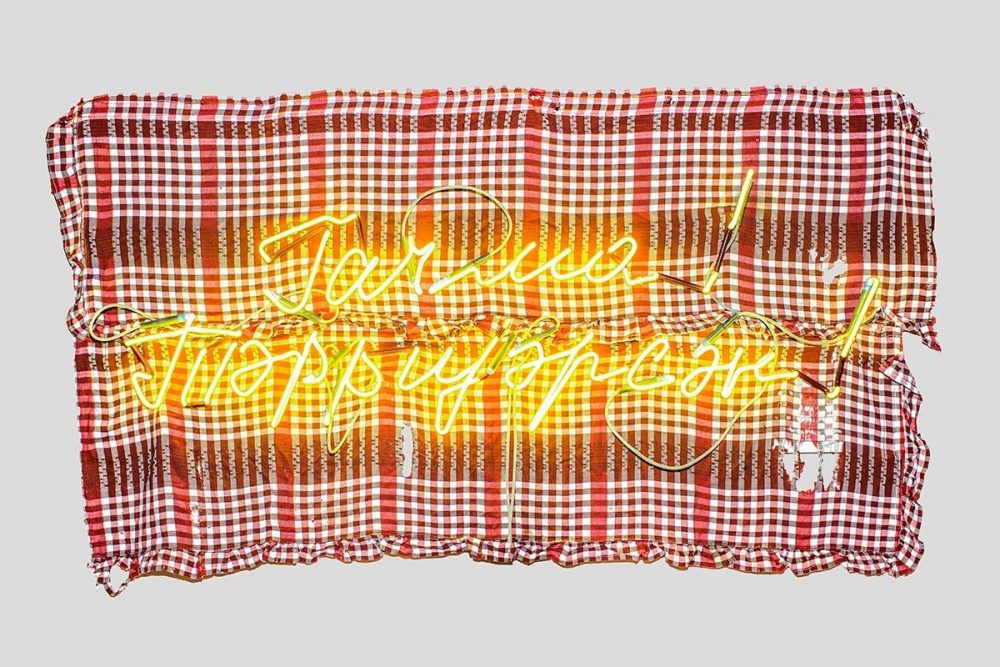 Farhad Farzaliyev was born in Baku, Azerbaijan in 1989 where he currently resides. Farhad completed an MFA with distinction at the Azerbaijan State Academy of Fine Arts in Baku in 2012. His predominant medium are installations, but also paintings, graphics, photography and sound. Since 2011, Farhad is a member of  the Artists Union of Azerbaijan as well as a member of  Yay Gallery of the YARAT Contemporary Art Space since 2013.

He has participated in a large number of group exhibitions around the world. The Museum of Modern Art in Baku counts a few of his works in their collection.

I am Your Only Tiger, YAY Gallery, Baku, Azerbaijan 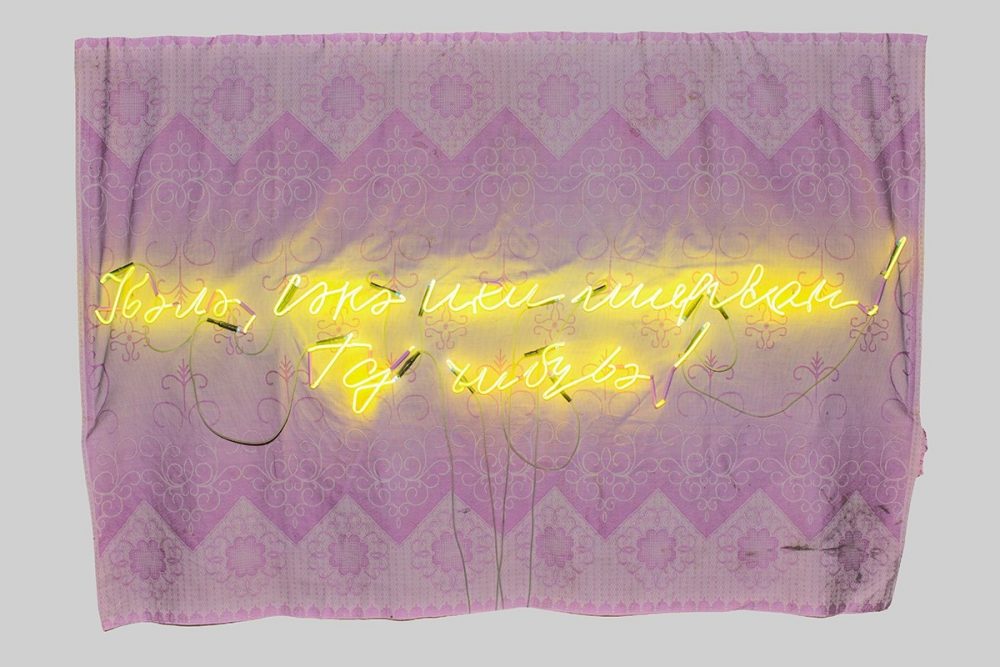 Farkhad Farzalliyev’s ‘Granny’s Vocabulary’ series considers nostalgia for the Soviet era, combining rudimentary Soviet textiles with neon slogans from his grandparent’s generation. Using Cyrillic script, which was replaced by Turkic script after independence 1991, his work immediately speaks of the pre-independence era of Soviet rule and the tumultuous progression of Azerbaijani script, which has changed officially three times in the last seventy years.

Read more about it here 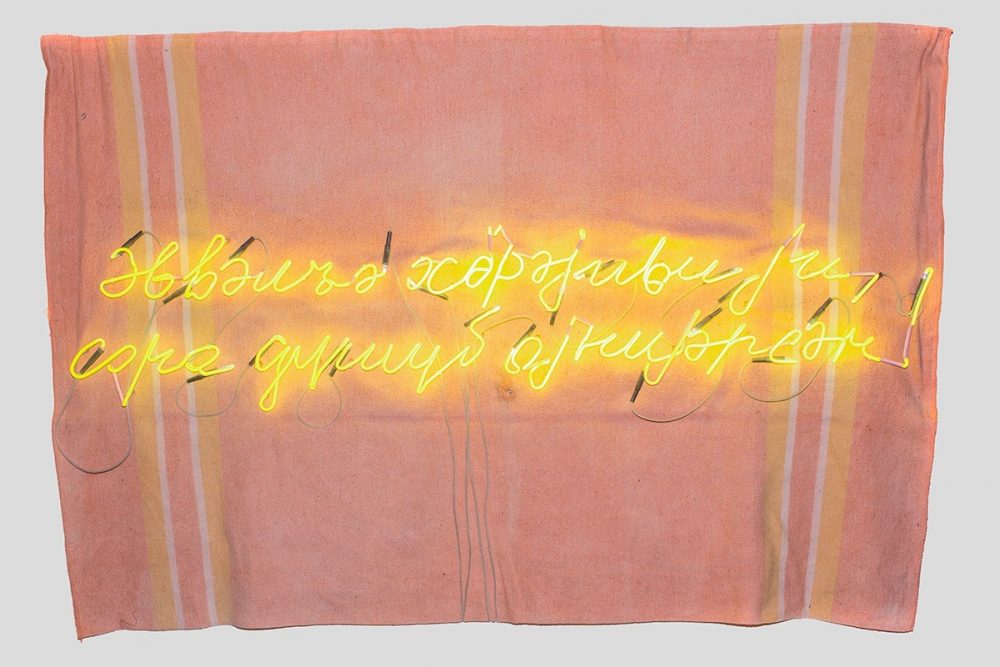 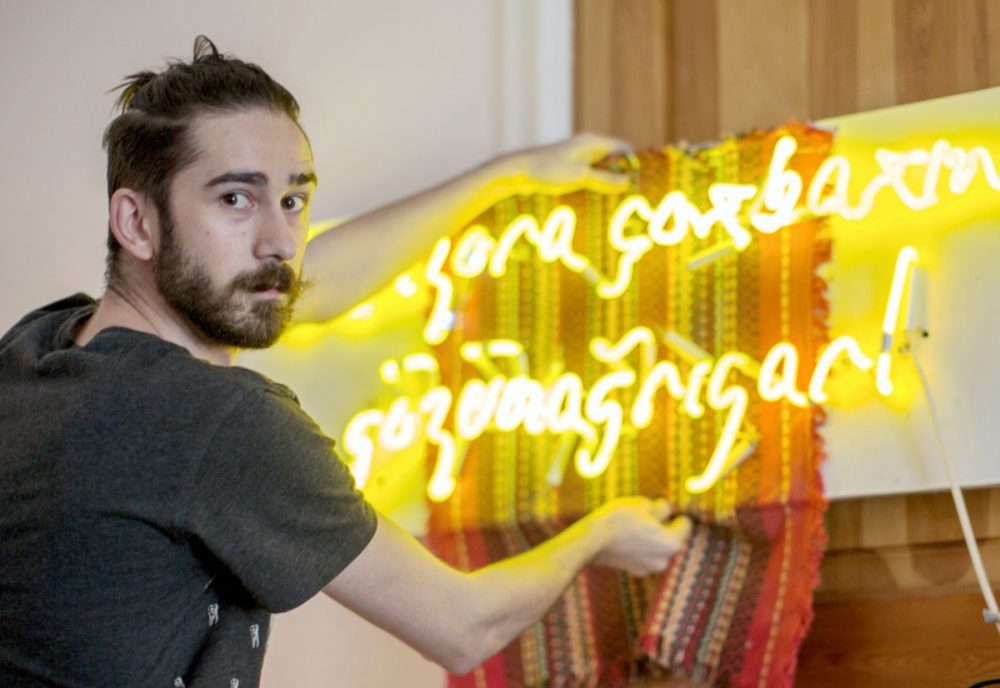