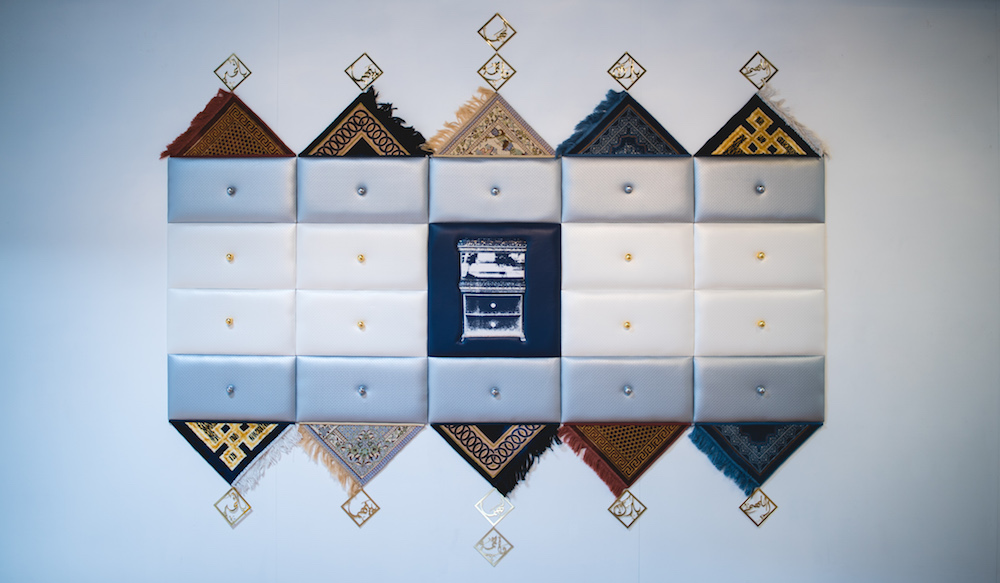 “There is no Kuwaiti artists. There is no American artists now. Contemporary art is a global language and each and every artist must deal with this global language to find their own practice and speak about their cultural roots in a personal way…this idea of the dream was particularly meaningful.” – Luca Berta 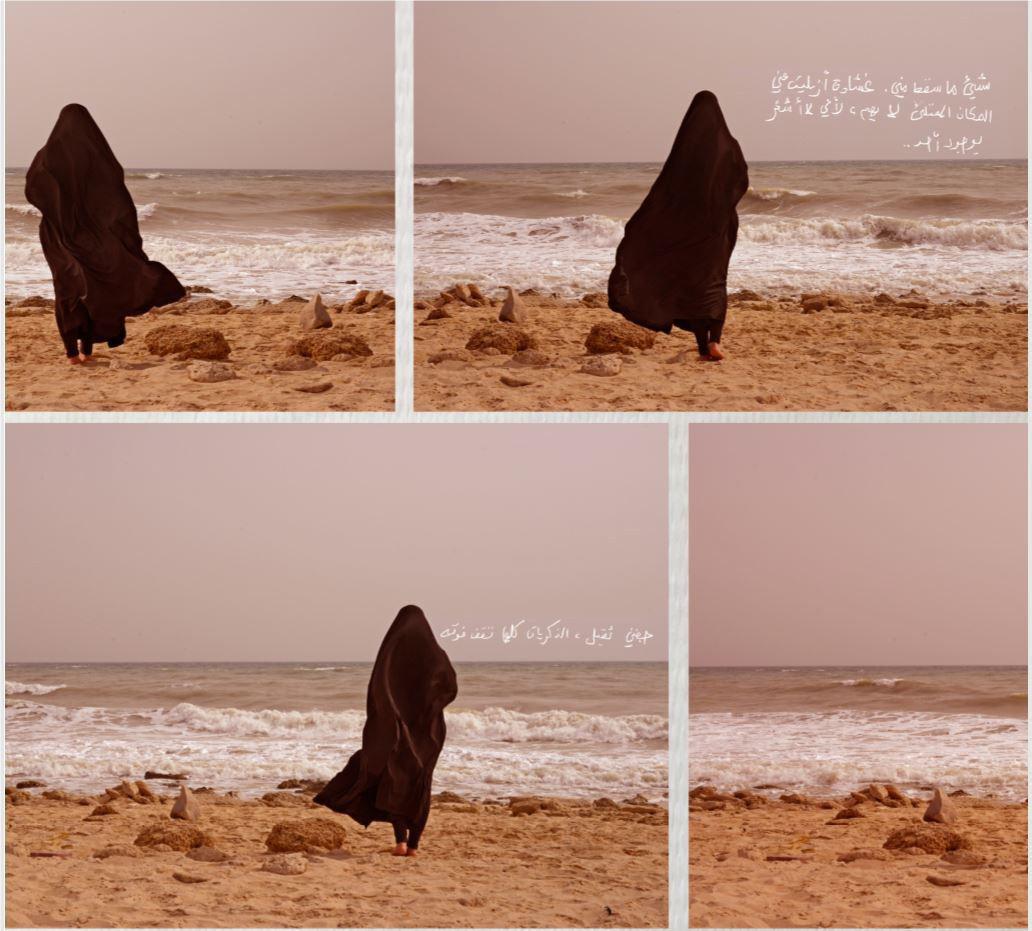 The Waves Between Us, Mahmoud Shaker, Photography, photo edit (2)

In a new exhibition in Venice, three emerging Kuwaiti artists are presenting works created during a residency at the Sheikh Abdullah Al Salem Cultural Centre’s first international visual arts programme Heart of Culture. The resulting exhibition In my dream I was in Kuwait signals the beginning of what will be an ongoing intercultural exchange between Kuwait and Venice.

Taken from a drawing made by Zahra Marwan (who prior to the residency was based in New Mexico), In my dream I was in Kuwait’s title places Kuwait as a dreamed of place, somewhere that is “elsewhere.” Marwan’s illustrations are created using pen and watercolours and navigate her experiences as a Kuwaiti living abroad. Presented in a room painted ocean-blue, the works reference the importance of the sea to Kuwaiti culture and tradition, with the country’s economy initially having been based on fishing and pearl diving. Many of Marwan’s works like Midnight Swim (2018) and Stories Against the Sea (2019), depict waves. The predominantly watercolor based works also speak about social issues too with Patrilineally not fitting in (2019) showing a line of mustached men with flowers growing out of their heads. The image asks why women are not held with the same social and political esteem in a gentle, nuanced way.  “I illustrate day to day life, my personal history and family and issues revolving around social justice”, explains Marwan, “Since I’m sort of Kuwaiti and sort of foreign, I feel like I have other ideas to share.” The works feel incredibly contemplative, yet the cartoon-like appearance of the characters in them makes them appear light-hearted, even when the subject matter might be heavy.

The water in Marwan’s illustrations also has a strong presence in Mahmoud Shaker’s work. In The Waves Between Us (2019), genderless figures are photographed walking towards the sea, but with their backs to the camera. Text has been added on top of the photographs, with the artist explaining that the images are trying to focus on the idea of loneliness. “How normal people see it and deal with it”, the label says, “And how we should use the feeling of loneliness in being creative and translating the feeling through art. Shaker’s other works on display are covered in faces and text. Sometimes this writing is upside down or turned on its side, but you would have to read Arabic to notice this. “Being an artist or a writer, I’m a member of the society”, explains Shaker, “But since we have different backgrounds and perspectives I try to shed light on these differences through the artworks I create.” The exhibition’s curators Luca Berta and Francesca Giubilei explain to us that much of Shaker’s work is about identity and faces, thinking about eyes as the door through which we go into the identity of a person. 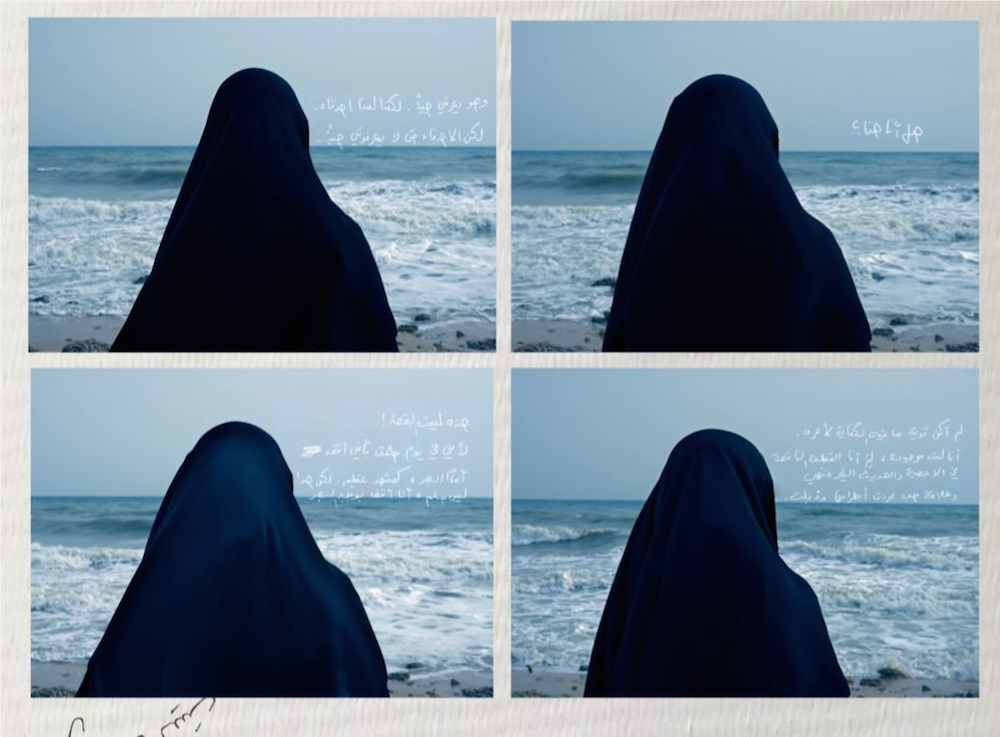 The Waves Between Us, Mahmoud Shaker, Photography, photo edit

Text and identity seeps through into Amani Althuwaini’s mixed-media pieces, which combine traditional Kuwaiti fabrics with luxury brands. Althuwaini’s Dazza installation (2016) presents what looks like a giant Chanel bag that has been flanked by woven Kuwaiti textiles. The iconic “CC” Chanel hardware on the purse has been replaced by the word “دزه” meaning dowry in Arabic. Her work speaks of feminism and personal freedom in connection with tradition, while also commenting on how consumerism has led to international designer goods being included in the dowry. A particularly powerful work is the combined installation of He is not your choice (2016) with the video work Kashka (2016). Golden digital embroidery on top of a wedding veil tells the story of a woman who accepted an arranged marriage because of the groom’s eligibility to the criteria that her family set, while the film beside it represents how marriage is reduced to a material form and a tradition that is becoming materially branded. The word “kashka” means luxury in Arabic, and is extensively used in the context of marriage. 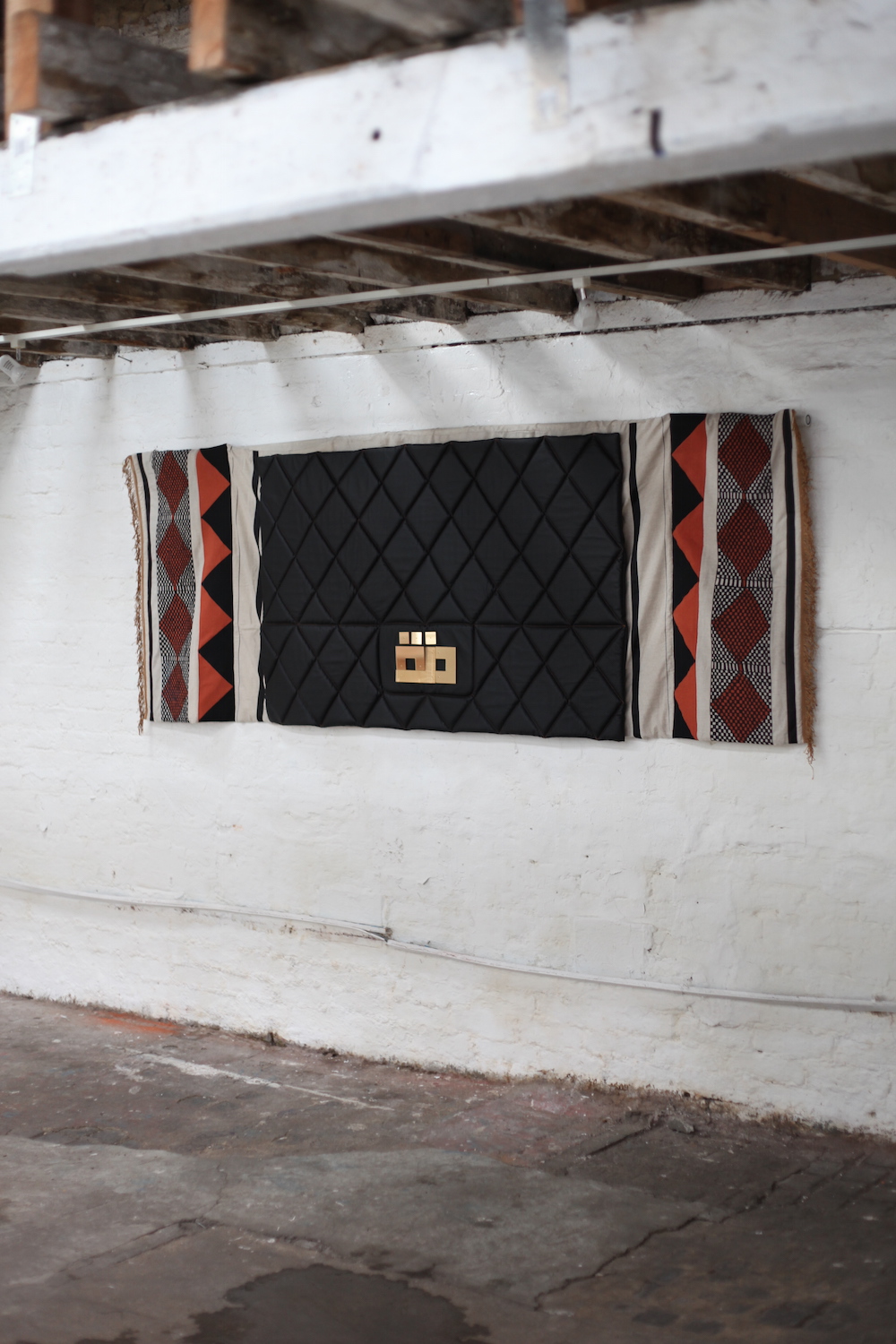 The work by Althuwaini, Marwan and Shaker will be on display until August 2019, and will then be followed by an exhibition of work by Khaled Alnajdi, Ahmed Muqeem and Naseer Behbehani between September and November 2019. During their exhibitions in Venice, the artists will learn about local crafts and traditions, taking workshops with local artisans in glassblowing and silk weaving. In return, Venetian artists will be invited to Kuwait to lead workshops as part of a public events series in 2020.

The Heart of Culture initiative was created by Kuwait’s largest museum complex, the Sheikh Abdullah Al Salem Cultural Centre, which is an artist investment programme, providing artists with residencies lasting between six months and one year. “We’re giving them a space, and in return they give back to the community in terms of workshops, talks and pieces donated to the centre itself”, explains Fahad Al-Sharrah, communications specialist at the centre, “So we’re building the collection by promoting local artists and giving them a platform.” It appears then, that the center will be focusing on promoting living artists, as opposed to building a display of historic ones. 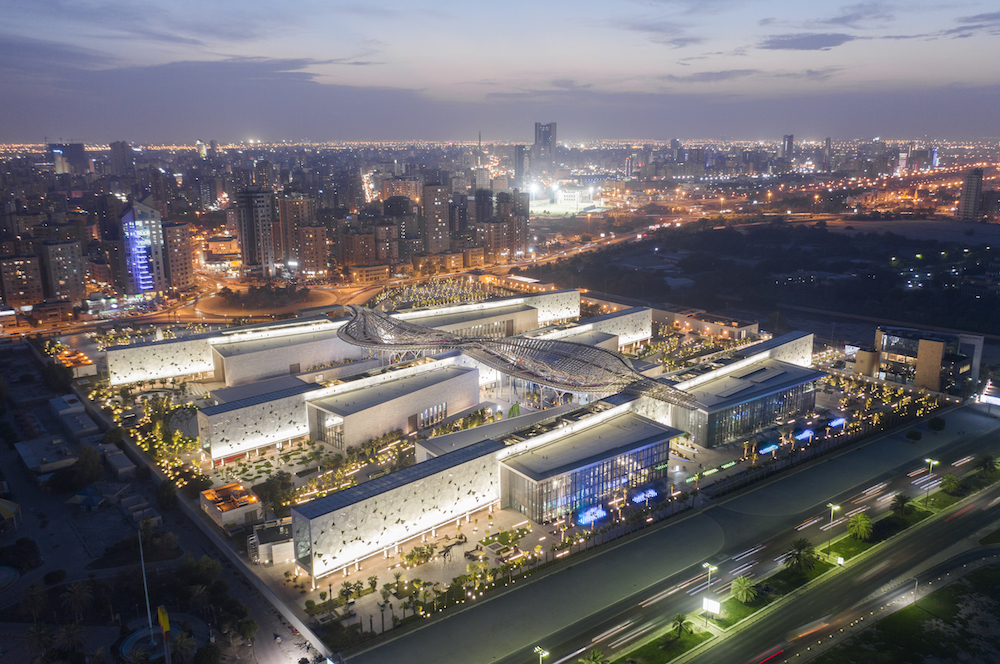 In Where I Sleep (2019), Marwan shows a girl in bed, with a school of fish swimming towards her head. It’s as though her memories of Kuwait are swimming towards her as she sleeps, so that she is transported to Kuwait in her dreams. Throughout the exhibition we are presented with works by young, contemporary artists who explain to us what it is to be a Kuwaiti today, regardless of whether they are based in Albuquerque or Kuwait City. And, after visiting the exhibition, in our dreams, we were in Kuwait too.