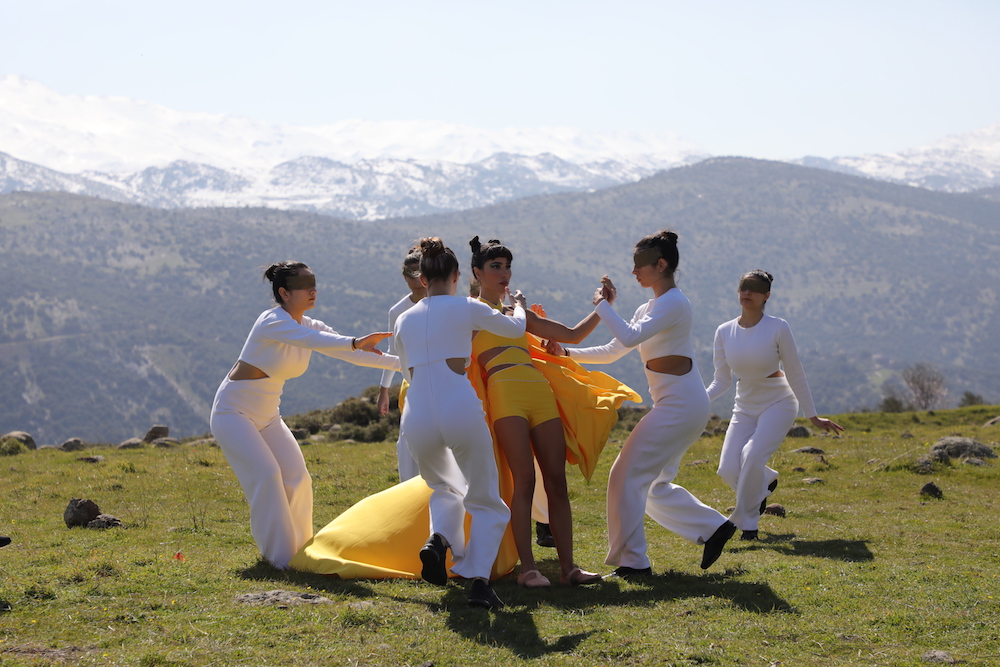 This 2003 hit, written by Nizar Francis and composed by Samir Sfeir which had known incredible success upon release is now covered by Hourani whose version, produced by Sleiman Damien, is “a brooding and reflective ambient piece, featuring lush vocal arrangements that weave themselves into seductively dampened electronic beats and oriental string sections, culminating in a vibrant crescendo of retro synth-pop in the outro.“

One of the most (if not the most) recognized Lebanese singer internationally, Nancy Ajram has seduced the whole diaspora as well: “Having spent my years abroad, Nancy Ajram’s songs helped me feel closer to my Arabic roots, emotionally and culturally” declares Hourani.

After “Enti Ana” released in November 2020 and its strong message dedicated to empowered, independent women of the Arab World, the artists continues to deliver: “it takes a certain song to really put you in your feelings and “Yay”, to me, is the song that crosses boundaries and brings people together in joy.”

Dana Hourani is on her way to releasing her first solo album, expected for early 2021.

Click here to discover “Yay” and the video clip, directed by Nadim Hobeika.