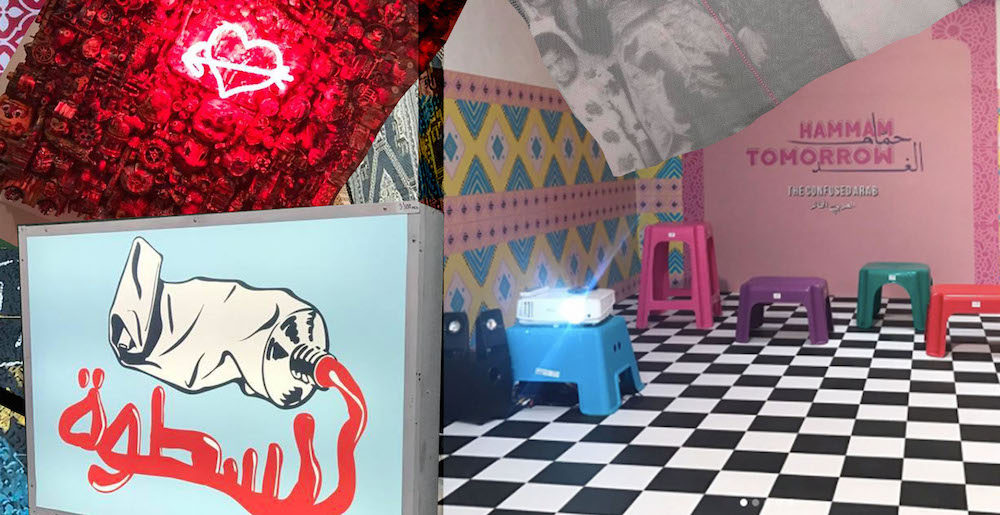 “Art speaks the soul of its culture” It truly happened as we went to visit the SIKKA ART FAIR in Dubai. The 7th edition of the festival, which is also considered an essential part of the Dubai art season, took place from 11th to 21st March 2017, in one of the oldest heritage sight of Dubai called, Al Fahidi Historical Zone.

The Art Fair was a smart and effective combination of the veteran artists and the upcoming lot. The blend of Emirati and GCC-based innovators in a beautiful setting, proved to be a treat for the eyes, as one gets to witness diversified visions and a varied range of craft.

Walking through a thin passage that looks like an old Arab neighborhood, glittered with lavish lights, a mystical fragrance and some eccentric music, made us feel both surprised and delighted at the same time. The actual pleasure was still the master pieces of the artists ornamented in small cozy houses in a unique fashion, creating a world within a world.

As we stroll down the fair, we truly impregnate ourselves by this mystifying and magical  place. There were many exciting things to look around, whether it was the graffiti on the walls or the food stalls with some mouth-watering snacks and beverages stretching down the streets.

While there was only so much to explore in the fair, here is JDEED’s selection of SIKKA 2017:

The Iranian artist Morteza Zahedi exhibited her artowork Toy Story 2, on the same line that her previous Toy Story 1. Most of the work was done on paper, bronze and acrylic sculptures. The forgotten memory of the childhood was transformed into art pieces by the artist in a beautiful way.

Murtaza Zahedi, an award winning children’s illustrator promotes simplicity in his work within all the complexities of the world. His work is mainly a tribute to all the children lost at the time of wars and conflicts. 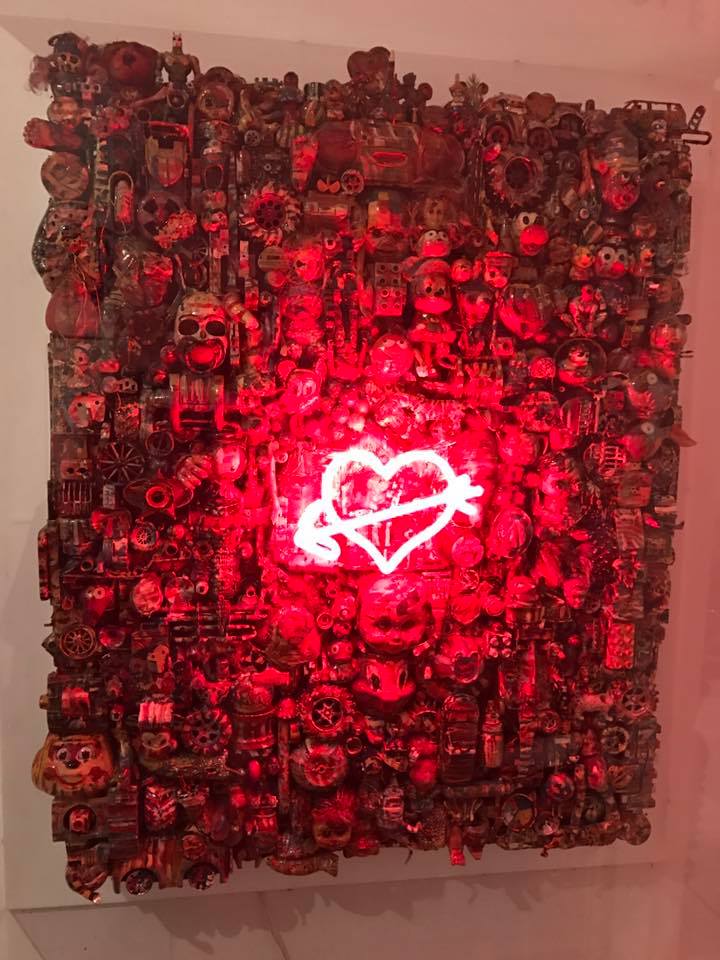 A woman with an Emirati background, who lives in Italy, also showcased her work in SIKKA. It seems like her work does not know any boundary. She tells her struggle and story through her work titled Rose Scented Women. Her soulful and vibrant artwork surely speaks louder than words. 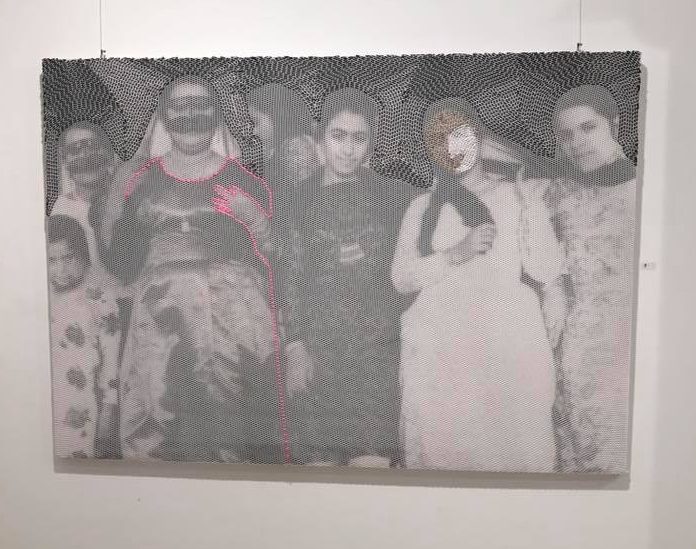 One of the biggest installation, including a DJ booth,  a cool picture booth and some pieces of clothes, Satwaland from art collective Satwa3000 was all in all a hip place for the visitors to chill. These 3 Swiss friends decided to take a step away from the cliché perception of Dubai and drew their inspiration from the Satwa district of the city, vibrant, colorful, electric.  We particularly fell in love with the work of Emirati graphic designer Shamma Buhazza whose YALLA jacket would be the perfect addition to any look. 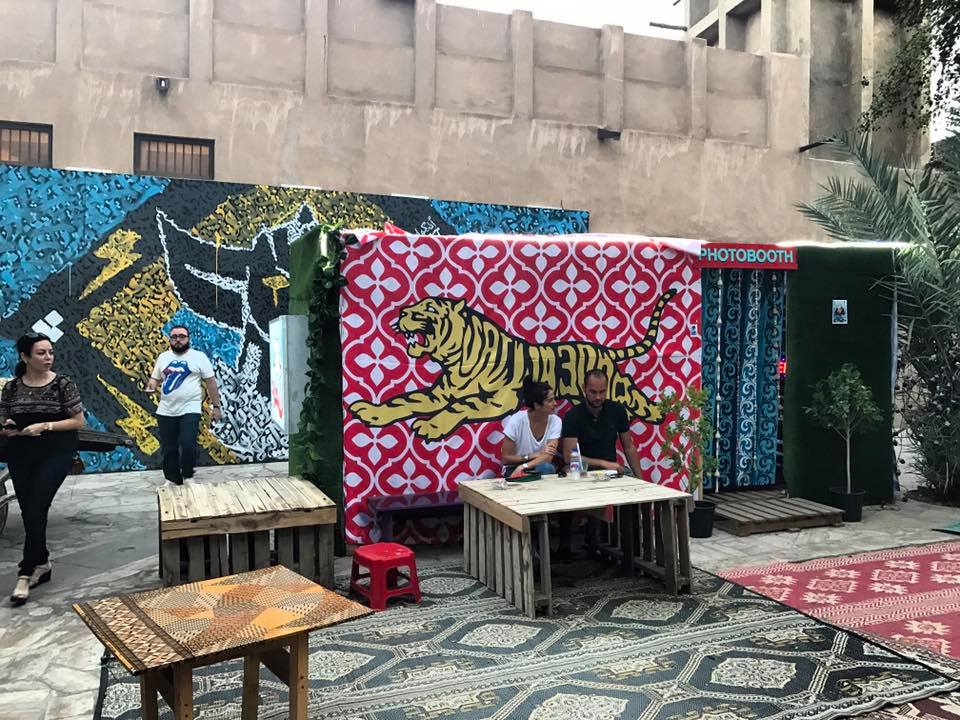 What fascinates us the most was a two room installation called “Hammam for Tomorrow”. This new venture of the Confused Arab, whose Instagram page is as famous as it is mysterious, was a recreation of the old traditional Arab Salon and Hammam. All over the walls of the salon were artcrafts and photos. The futuristic approach to the old traditions and customs was simply thrilling. “The future of Nostalgia” is a recurrent central thread in The Confused Arab’s work. 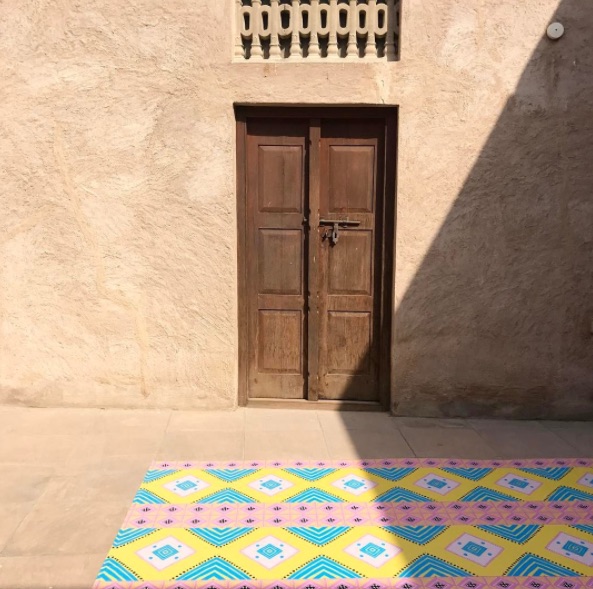 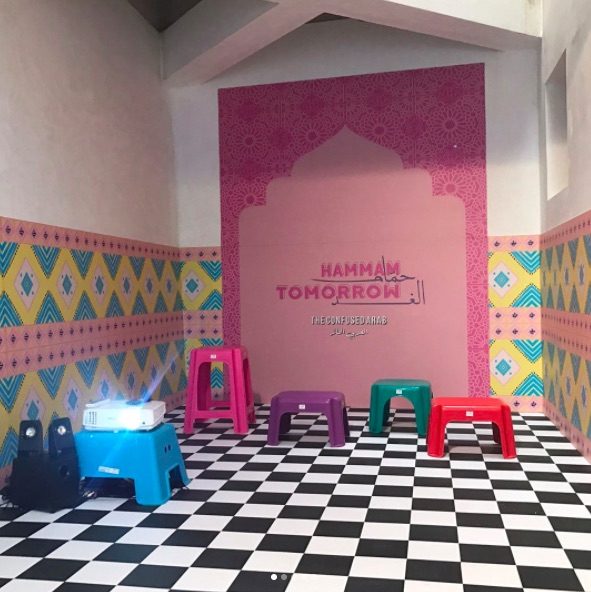 At the coffee museum we  tasted the real Ethiopian brew and learn tit-bits about the rich history of coffee. 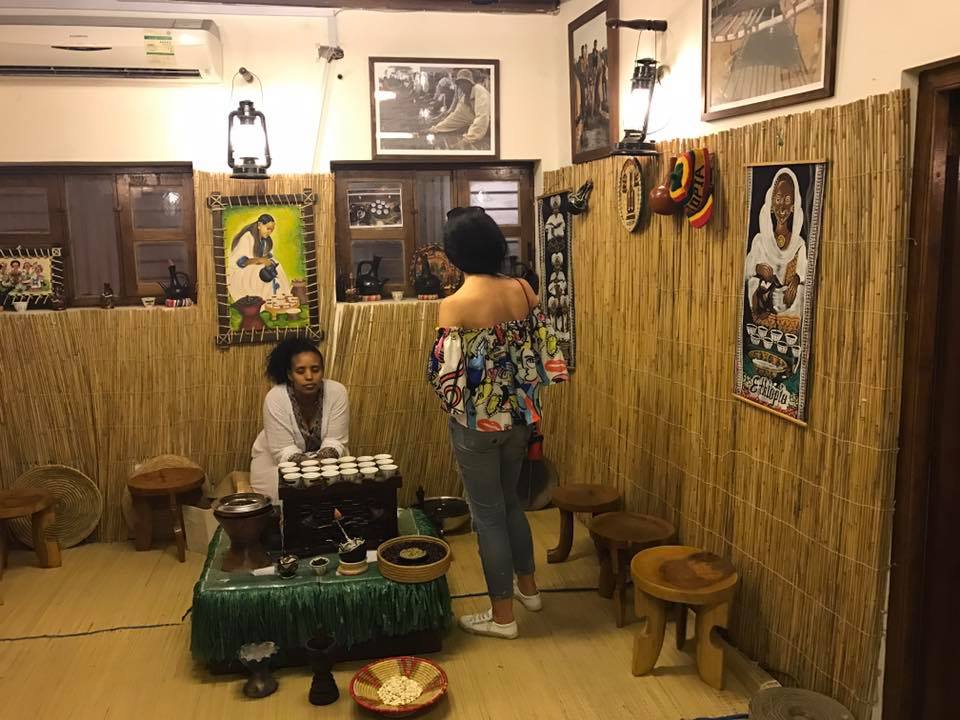 A visit to SIKKA Art Fair literally takes a person to the old times. Here, you can experience the traditional Arab life and discover about the true culture of its people. It takes you on a nostalgic journey from the past to the future.

Note:  Lastly, we would like to confess that Camel Burgers and Kkuafa are few of the attractions and delicacies of the fair that we unfortunately missed but aim to try next year!