Asad Faulwell is a US-born Iranian artist who graduated from the University of California, Santa Barbara, in 2005 and Claremont Graduate University in 2008 and who’s currently based in Los Angeles.

Within the past few years, Asad has focused his work on the Algerian women who fought in the war of Independence from French occupation between 1954 and 1962 and whose presence have been overshadowed or even forgotten. He entitled his produced work Les Femmes D’Algers.

Almost psychedelic to one’s eyes, Asad’s works on this series proposes collaged paintings of these Algers women based on photographs taken throughout their lives, collages that are repeated in a very steady way. The almost religious imagery he uses mixes interestingly with the very pop-feel of the overall body of work. Bright colors, pattern mixes, Faulwell offers an art inspired by Henri Matisse’s decorative patterning but also by the artist’s own Iranian Islamic tradition of geometric design.

Asad has been showcased in a large number of solo exhibition, the latest being at Lawrie Shabibi in Dubai, one of Alserkal Avenue’s most vibrant gallery. He’s been mostly exhibited in the USA where his works also belong to many private and public collections. 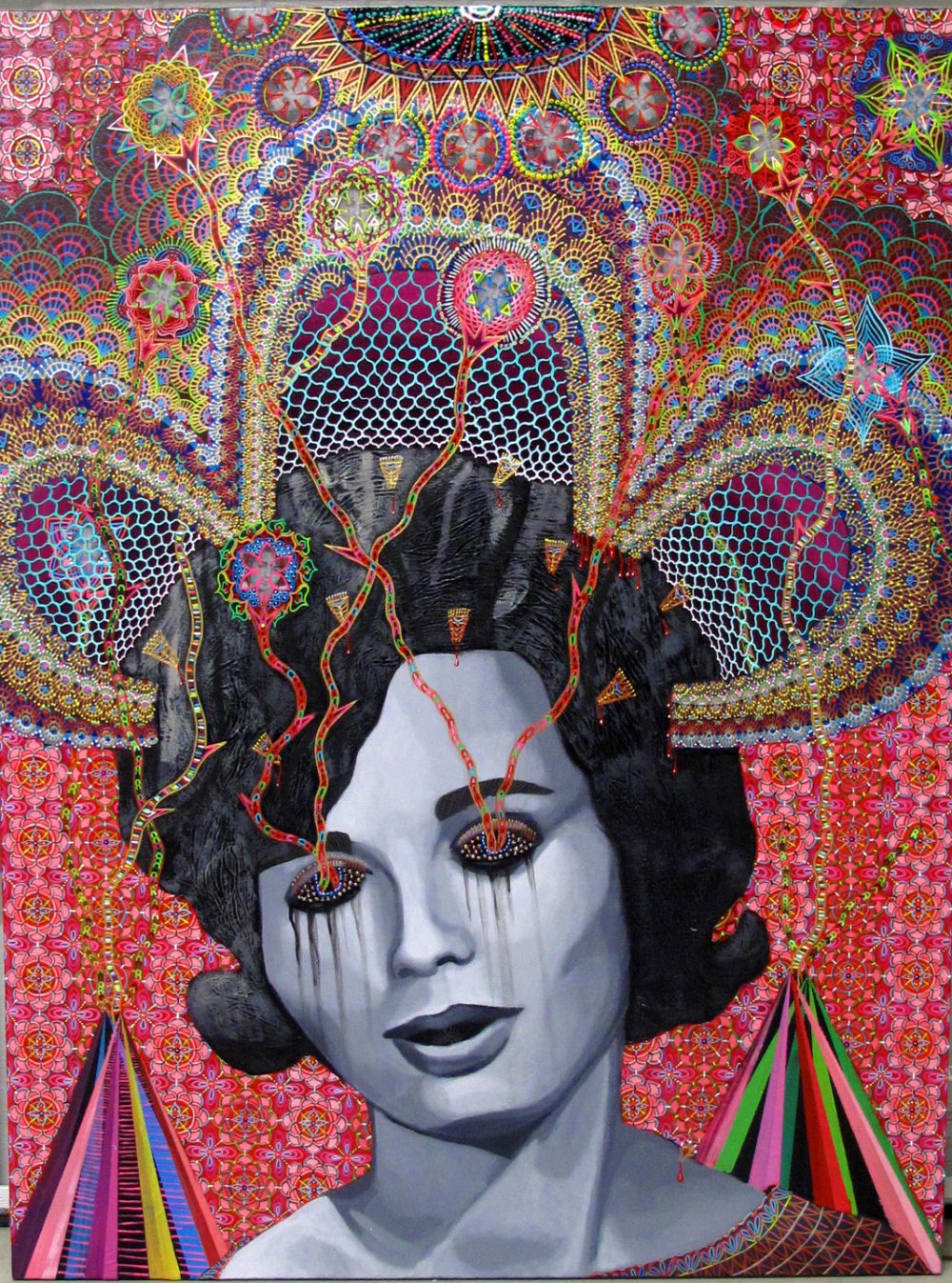 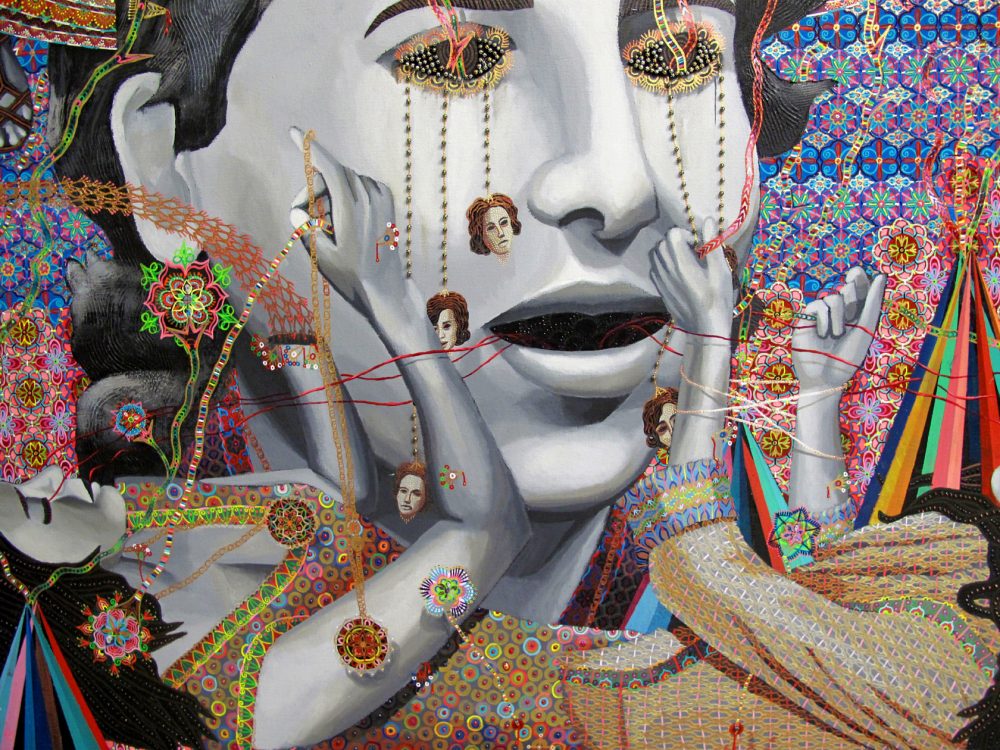