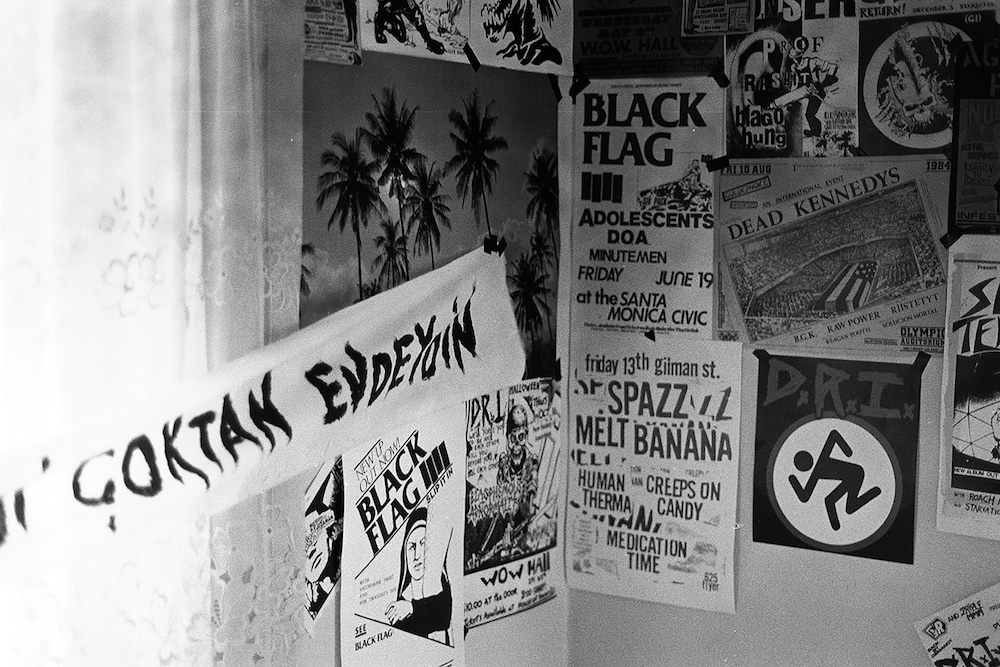 When people think of punk music, the typical trajectory usually begins in the US in the late 60’s before making its way to the UK in the mid 70’s. Little do people know, the punk craze didn’t end there but travelled to Istanbul in the 90’s where it played a leading part in the city’s underground music scene. Beginning in suburban ad-hoc garage gigs before swiftly taking over festivals, the genre was used by teens and young adults as a creative outlet to evoke their frustrations with the status quo. Mu Tunc’s 2018 feature film ARADA recounts the largely neglected story of Istanbul’s punk counter-culture, a dynamic period of music history that pushes boundaries and challenges expectations. We got the chance to ask Mu a few questions about his film.

How would you describe the relationship between Istanbul’s 90’s punk music scene and the political establishment of the time?

It was a very problematic time-frame. In the 90’s, Turkey was becoming substantially more liberal in economic terms but culturally it was becoming more and more closed. There were many unresolved mysteries concerning journalists who were found dead and the national identity crisis was causing people to ask questions such as ‘Who is Turkish and who is not?’ For the 90’s punk kid, there was a lot of excitement around all these brands that were finally entering the country, but at the same time teenagers had to face being bullied in the streets for wearing skinny jeans; people would frequently be shamed and labelled as gay for wearing alternative clothing.

It was a period of significant improvements on one hand but at the same time society was having a hard time accepting new trends. The lyrics of the first punk kids were all about attacking this disconnect. 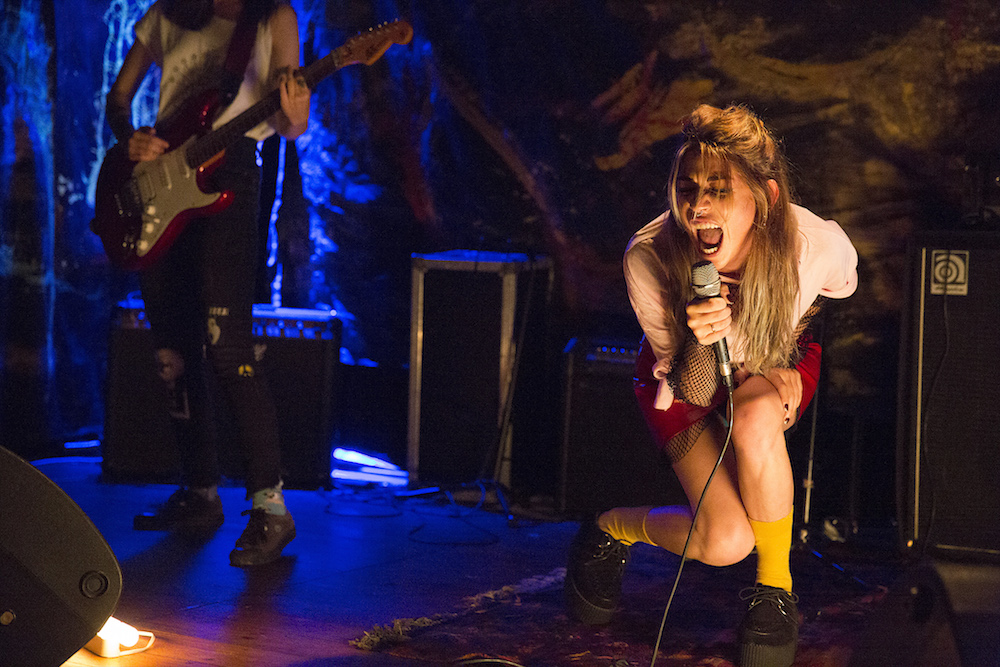 How close to home is the film? Is the storyline based on real events?

Yes, ARADA is based on true events. It’s actually my family story. My father was a famous musician in the 70’s but his music career was ended by the Coup at which point he was forced to join the army. When he returned, he found that everyone had forgotten him, meaning he would have had to start from scratch had he wished to continue working as a musician. My brother was just born at that time so my father needed to find a stable job to raise his family, so he decided not to go back to music. By the time my brother had grow up, he was interested in music too but in a different way.

He started by listening to Thrash Metal bands which led him to discover punk and hardcore music. He then joined the first punk band to release a record in Turkey. My father never wanted him to get into music because he didn’t think that he would be able to ever succeed in this industry in Turkey. I grew up surrounded by this clash of opinions and was faced with a similar backlash by society as I grew up, everyone around me was telling me what is and isn’t possible in Istanbul.

No one understands you in Turkey, I was surrounded by people killing my ideas and passions, people disagreed with everything I wanted to do. I really felt stuck, so I made this film as a way to process this all and to show people that it is possible, people can do crazy things, the block exists only in people’s minds. 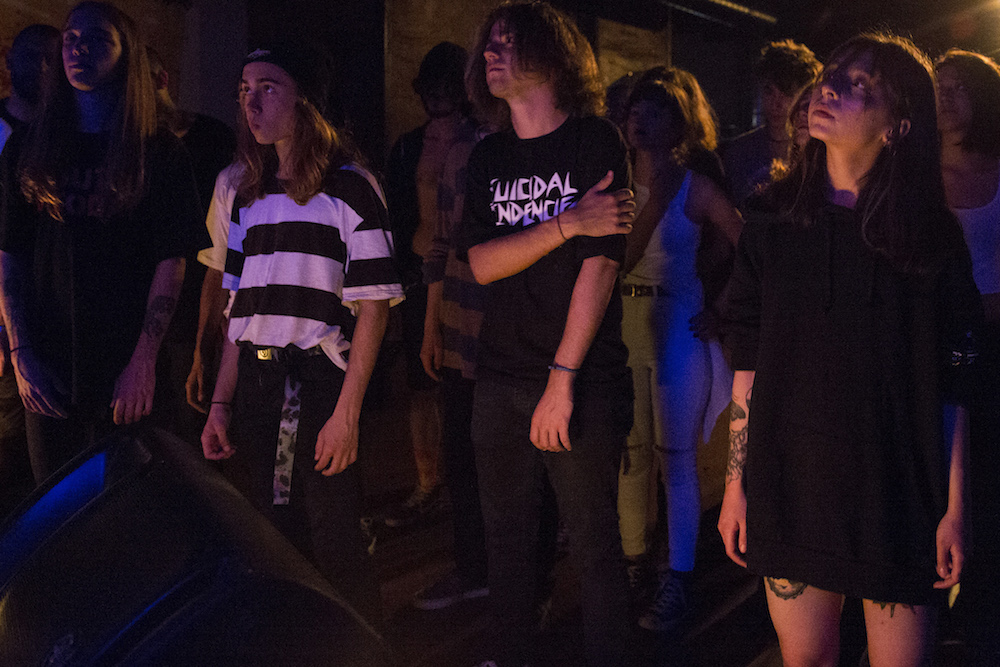 Is there a 2018 equivalent to Turkey’s 90’s underground punk scene? What does the alternative scene for artistic expression look like in Turkey today?

There is actually a lot happening right now in the underground scene of Istanbul. There has been a massive explosion in Turkey’s indie music scene. There are really cool bands coming out of every corner, releasing records online with the same mentality as before. It is not seen as acceptable to do anything you want in Istanbul and no one will understand you if you do something cool. I am bored of seeing young people killing each other’s ideas because they are not understood or listened to.

I did this film because I wanted to watch it. I make this music because I want to listen to it. The idea of people doing things just for the sake of profit or recognition is outdated and does not work in the ultra-hype current moment. Even the most global brands are acting like they are underground right now.

This century is all about being micro now, about being unique. We have become bored with diversity because everything is everywhere now. It’s like in the 90’s wearing blue jeans in Los Angeles may not have been cool because everyone was wearing them but to have blue jeans in the 90’s in Istanbul was golden. But now we all have blue jeans. Everyone has everything or at least has access to all these trends through social media, whether in Mecca, London or São Paulo. Mass culture has become boring now. The artistic environment in Turkey reflects this, it is growing in many interesting ways and I’m sure it will continue to do so, as long as young kids don’t kill each other’s energies by being close-minded. 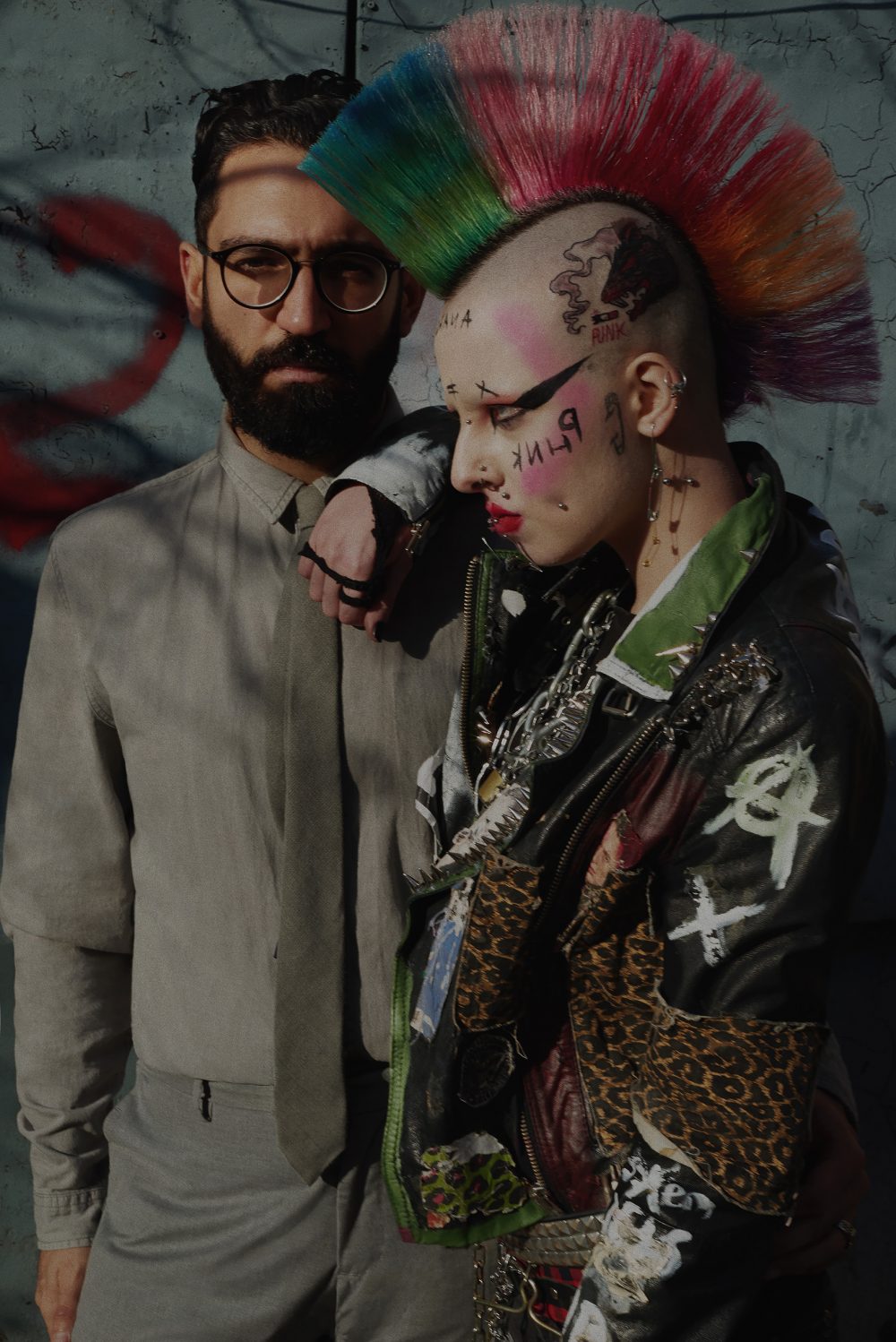 What happened to the 90’s punk scene in Istanbul? Did it come to an end?

It didn’t end actually, it has just evolved, I am still part of that culture. I might have been very young in the 90’s but the spirit of punk is still with me. People say that ARADA is one of the first punk films of Turkey, which shows that the movement is still alive, it’s just evolving and extending into new domains.

Punk is not just a music genre, it is a behavior. It can exist through music, film or even entrepreneurship. That’s why I define myself still as a punk kid. Because the ideas of ‘you can do whatever you want’ and ‘everything can be changed or questioned’ are so important in this century. It gives you the strength to develop your own individual perceptions of what is going on around you.