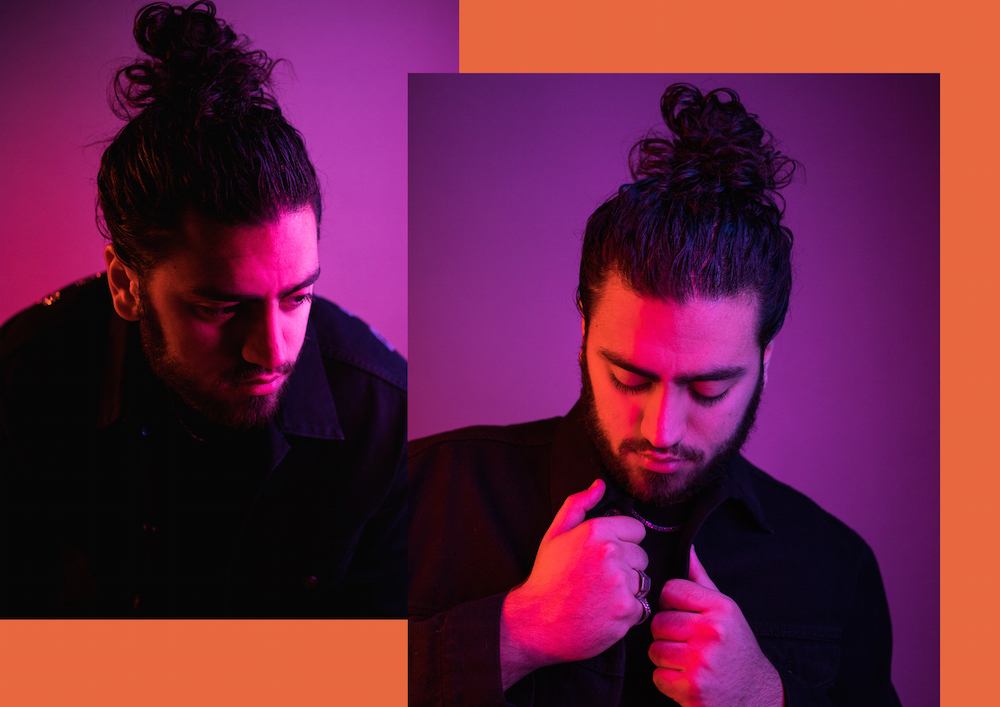 Ali Gatie tells us about influences, music and what’s next for him

Last week, we jumped on a Zoom call with Toronto-based singer Ali Gatie,  whose hit songs have probably been founding good spots on your favorite playlist for the past 2 years.

Streamed more than 2 billion – yes BILLION- times, his mega hit “It’s You” is the ultimate ballade that got us all emotional when the singer confessed his heart “has been broken before.” No broken heart in sight during our talk however, but rather a lot of laughs and a lot of good news. Gatie who just released “Welcome Back” with Alessia Cara is certainly not stopping there: new music is coming out ASAP and some, just for the Middle East. Not spoiling anything about this project dropping very soon -the obvious excitement was palpable even through the screen- the artist has well started his ascension to the top of the charts. It’s with no further delay that we invite you to meet Ali Gatie a little better. 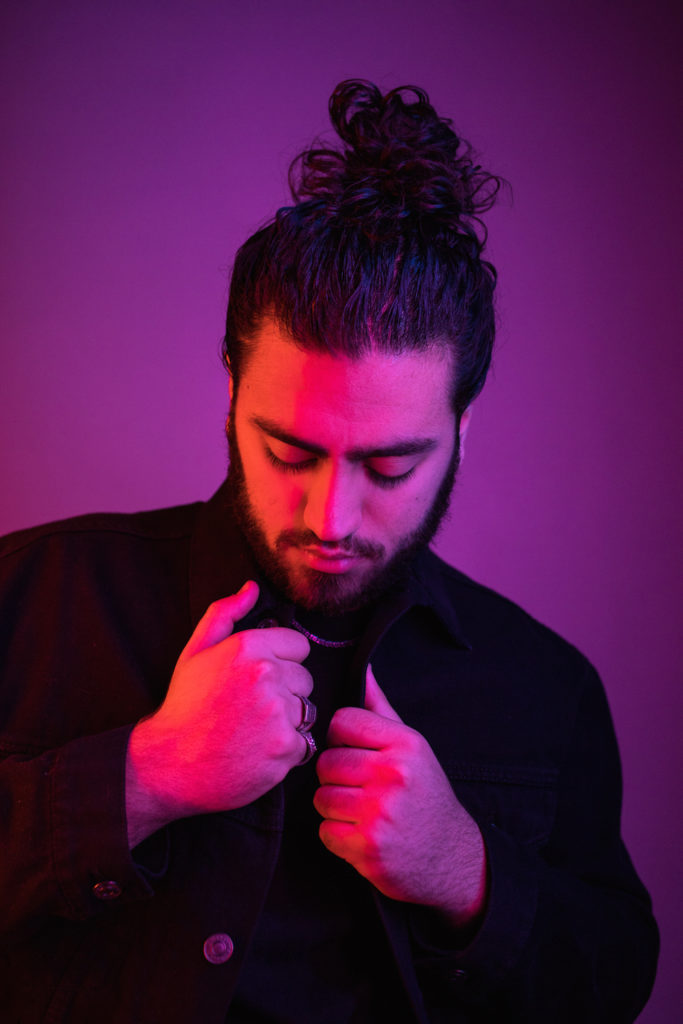 First off, congratulations on the song with Alessia Cara, “Welcome Back” ! Can you tell us a bit how the collaboration was born?

Ali Gatie (AG): I wrote this song earlier in the year with Amy Allen and Blake and I always wanted a feature on it but I didn’t really know who so, we finished the song assuming there was no feature. Then obviously COVID happened and a lot of releases got delayed. When I was quarantining in Toronto, I finally had some time and thought “maybe I can finally get a feature.”

I was just brainstorming ideas and I didn’t know Alessia Cara at the time, but she’s from Toronto too and I thought if she’d agree, we could do a video in the city, a “quarantine edition video” (he jokes).  We heard that she liked the song, hopefully. It was more of an “on Zoom” thing, not in person, but it was very natural- she related to the song and did her verse and then we did the video. I’m really thankful that she did it.

“It’s You” was kind of your breakthrough song. Can you tell us a little bit how your career was prior to that and how much has this song impacted it? Because we always hear about artists having their first real top-of-the-charts hit, but we’re not really sure how their lives really change from that moment on.

AG: My last, sort of “big song” before that was Moonlight, which came out in August 2018 so almost a year before. Before It’s You came out, I was pretty developed; I think I had around 100k followers on social media,  I already had a fan base and a support system but it wasn’t anything world-wide commercial. I had some local success, some fans in the Middle East, but it wasn’t like everybody knew me or anything. But when that song came out, not only did it become a really big song, it also shed light to all my other songs. All my other songs got bigger because of it and it kind of helped me in the sense that, I had all those really good songs already released that had their fans so no one was like “oh this guy is a one hit wonder”. They hear It’s You then Moonlight and they think it’s great, they wished they knew about them before.

I was fortunate that I had a little bit of a base built so that when new fans came, I knew what to do,  I knew how to interact and I was able to turn all these new listeners into real fans. How it changed my life? I think lifestyle-wise I’m still the same dude, I don’t think it changed my life. I’m just a little more popular and a few more people know about me but, I’m not doing anything completely different.

You were prepared, basically?

AG: Yes I think so, I’d like to say I was prepared. I was waiting for that moment for three years, it’s not that I stumbled upon it. And since I was waiting for it, I feel like I handled it pretty well when it arrived. I didn’t let the success of the song prevent me from growing myself as an artist either.

We read you dropped out of school without telling your parents. Was that song a good enough accomplishment for them to think you did well?

AG: Even before that song came out, I think my parents saw that I was already making some money and was succeeding, but to my parents, 2 billion streams or being on the charts is still like “ok, so what?”

I think the first moment that struck them is earlier this year when they saw my show in Toronto. There, they really realized that, wow. I mean, some people were crying, singing my songs… they thought “ok he’s clearly doing something.”  I think now they get it, but it certainly took a while. I mean they’re immigrant parents so they don’t understand it, you know .

“How it changed my life? I think lifestyle-wise I’m still the same dude, I don’t think it changed my life. I’m just a little more popular and a few more people know about me but, I’m not doing anything completely different.”

Exactly, we’re not doctors then we’re not much (laughs). Talking about immigration, you were born in Yemen of Iraqi parents, and lived in Abu Dhabi where you grew up. How much would you say that your Arab roots have impacted you as a person and then your career as an artist?

AG: As a person, well, I grew up in Abu Dhabi until I was like 10 so I was still a kid. But even when I moved to Canada, I mean sure, in school it was more of a Canadian culture and at home well, it’s not like my parents became Canadian out of nowhere, they were Arabs their whole life.  I had this cool mix of home being very Arab and then my friends in school being Pakistanis and Indians and some were just Canadians and so, I got to experience both sides which was amazing.

As a person, I’d say my Arab side shows in the sense that I’m hospitable and understanding, I’m charitable, whatever, I mean that’s just how my parents raised me and how any good parents raise anyone to be. Musically, I never realized I had some type of Arabic flavor in my music until about maybe last year when I started working with some big producers who asked without knowing: “are you Arab?” and I was like “wow why are you asking?” and they’d say “I can hear it in your voice.”  I was wondering was that even meant but so maybe, subconsciously, what I have heard as a kid is engrained in my head somewhere. Apparently I have Arabic-esque melodies in my music, or so I’ve been told. I’m sure it’s in there, somehow.

Do you keep an eye on the young artists that are coming out of the Middle East right now?

AG: I know Elyanna who’s in LA but sings in Arabic, she’s amazing. I don’t know about any new, young, cool artist to be honest but I’m trying to look for good music all the time. Elyanna is definitely good, I think she’s cool, she can bridge the kind of little gap between the Western and Eastern cultures and I hope more artists start taking those risks although, I know, it’s not the easiest thing in our culture. I do hope that one day someone looks at me and thinks “he did it, maybe I can try it too.”

Would you envision doing a featuring with a young Arab artist?

AG: Yeah, I’d love to! I have something pretty nice coming soon for the Middle East specifically. I don’t want to spoil anything but it’s going to be cool. It’s my first time addressing the region specifically and showing that “I stand with you guys” – I don’t want to spoil because really it’s out very soon but yeah, everyone has been saying I never speak about the Middle East but I was just waiting for the right kind of opportunities. But I’d love to, if I see a new Arab kid from here or like Lebanon, anywhere, I’d love to work with them because they don’t really have anyone else to work with who’s from their culture you know? 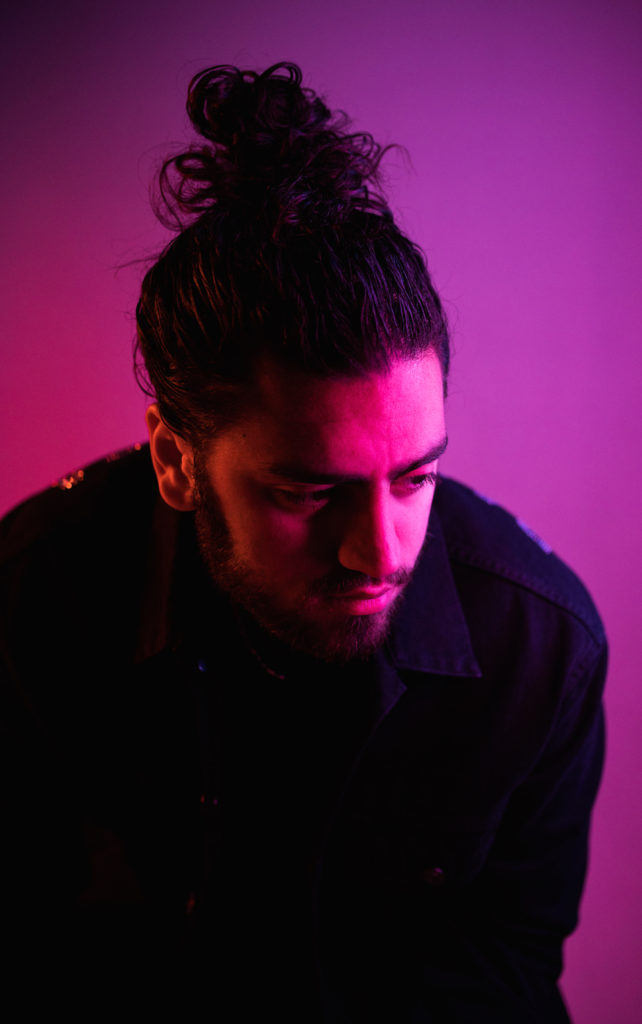 Would you sing in Arabic, is that something that you thought about?

AG: I want to but I want to save it for a cool moment and I feel like I want to be a little bigger before I do it because I kind of want the whole world to hear it and be interested by it and look into it. I want to do it the right way. I can only sing the first time in Arabic once so I need strong lyrics that make sense and everything. Answer is yes, I think I will do it but I just don’t know when.

Well Drake waited a little long (laughs). We were on your Instagram the other day to get a grasp of your universe and we noticed you have posted about a phone number your fans can reach you on. How has that been working for you?

AG: It’s overwhelming at times for sure but I think it’s cool. To go back to your earlier question about how It’s You “changed my career” well ever since it came out, I was engaging with fans, DMing everyone -not everyone- but as many people as I could, Snapchatting, Twitter, whatever, and any opportunity I had that made sense to connect with my fans more, I always took it.

There’s this company called Community which is sort of an app that gives you a number on which people can text you, they can’t call you. I tried something in Asia where I got a normal number but everyone kept calling and my phone exploded, so I can see why they block calls. But the texts only work in the US right now so I hope a company comes up with a system for that in Europe and Asia so I can text everybody.

We actually saw that we can even text Barack Obama now if we want to.

AG: If Obama is doing it then you know it’s real.

What are your next plans? Any artist you’d dream to collaborate with or any hints at what’s coming up?

AG: I’m working on my album, my second project, which hopefully comes out this year; obviously with everything going on I don’t want to make promises because I don’t know what’s gonna happen, no one knows, but more music is definitely coming. Collaborations…I’d love to work with The Weeknd right now. I hear Adele’s coming out with an album, or so I saw on Twitter, and…maybe she’ll read this and give me a call, I’d love to make a sad song with her.

Or maybe Frank Ocean whom we read you love?

AG: Oh yeah that would be cool. I mean, both are hard to reach but I feel like he’s even harder to reach than Adele so, either of them I’ll be happy.