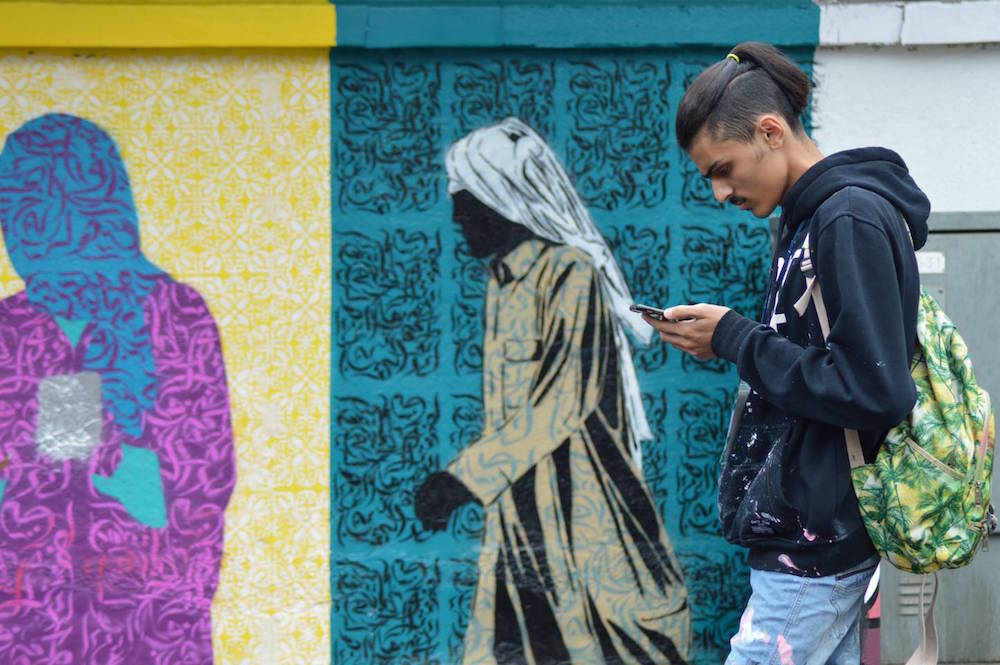 When Saudi graffiti hits the wall

Last March in the Eastern Saudi Arabia province, 22 artists from all over the kingdom were invited to let their creativity speak by occupying the urban space of the old city walls in Al Khobar. In a country where the freedom of expression remains limited, this first national street art project paves the way of the new cultural reforms lately initiated by the new crown prince Mohammad Bin Salman. We met the curator of this performance, Madawi Al Baz, also founder of the Dawi Gallery. 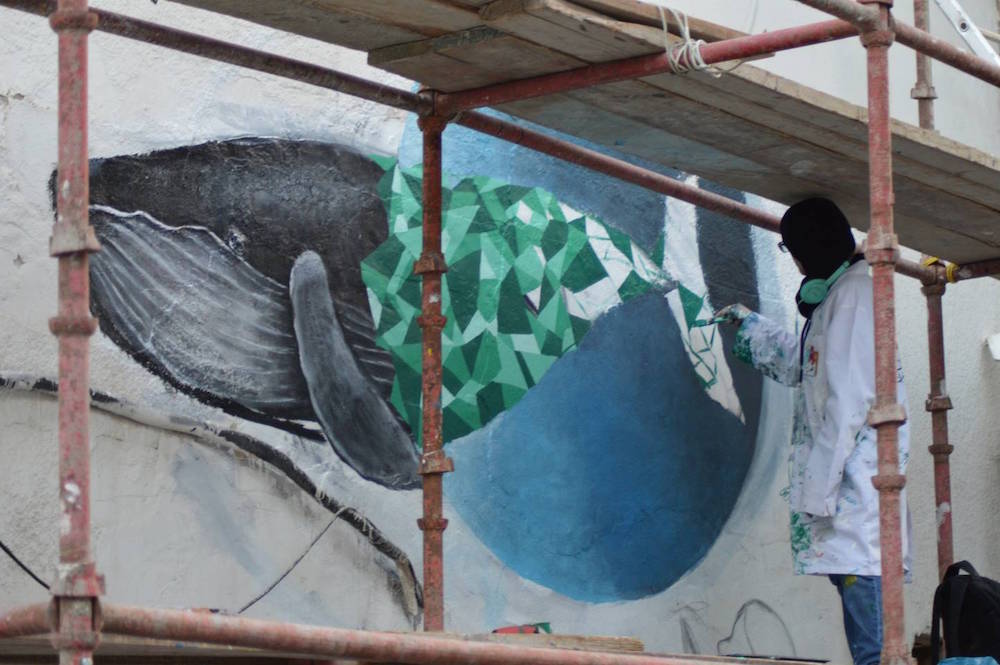 Since its birth, street art has always been a creative tool of resistance and free expression. In Saudi Arabia, Madawi Al Baz embodies a wave of change by introducing the first graffiti initiative in the local artistic landscape, although her goal is more to deliver a positive message to her community rather than condemning the dysfunctions and inequalities of her nation. Born in Riyadh, Madawi Al Baz is a graduate of the London City & Guilds Institute of Fine Art and started her career in painting in 1997. Three years ago, she opened a gallery in Al Khobar in order to sow the seeds of art in the new generation of Saudis through art workshops dedicated to kids.  She is also involved in Women Art World, a movement for women painters and cultural dialogue all over the world.  Last march, she launched she the “Alfan Sharqy” (“Art is Eastern”) exhibit in Bayoonya, a historic neighborhood of Al Khobar, transforming its aging houses into living art canvas, with the help of young Saudi artists and organized under the sponsorship of Princess Abeer bint Faisal Al-Saud.

Why decide you to study art?

I would rather say that the art chose me instead of me deciding to do art. I started to study art right after high school, but it was not a calculated decision. I just always wanted to express myself in a visual way. I liked to play with the colours and my father was also painting at home as a hobby. It was natural for me to take that direction in my life.

What is the mission of the Dawi Gallery?

Before opening my gallery, I was already active in art. I was hosting a lot of charity exhibitions, events and workshops, but I needed a more consistent project. With the gallery, I am helping young artists to showcase their work as well as more established ones. I also want the society to understand the meaning of art, and the possibility to make a difference through their practice. 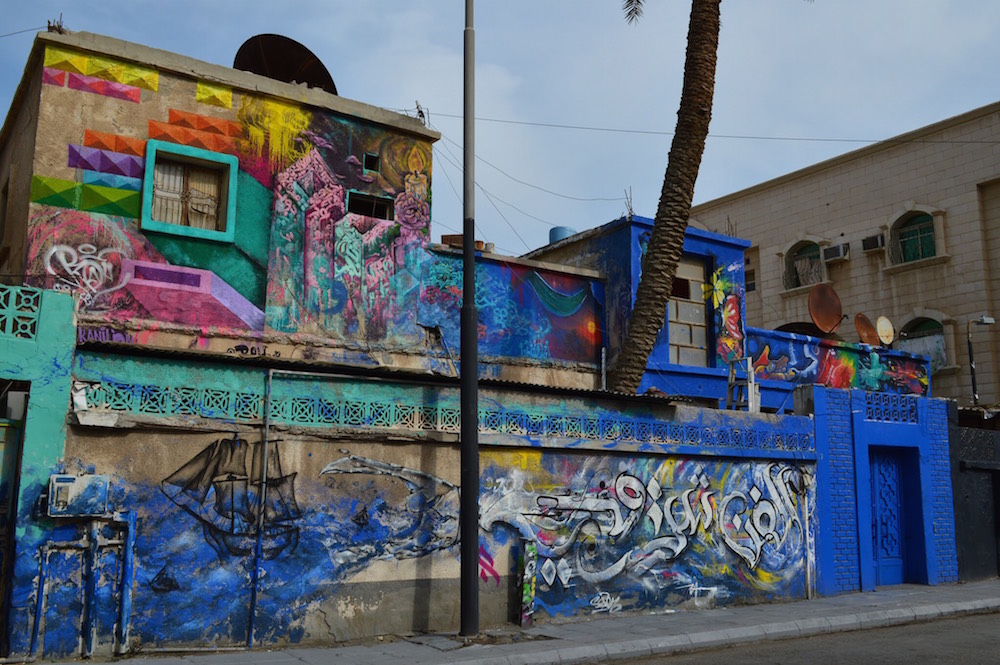 How did the idea of creating a graffiti event in Al Khobar come up?

It was my dream to expose art to all the people: old, young, poor and rich alike. In my gallery, I meet a lot of visitors and collectors, but I wanted to bring the art outside the walls in a project that would help my community and make the old and abandoned city of Al Khobar nice to all its inhabitants. The artists spent 12 days painting from 10 to 5 pm and sometimes till 7. It took me 6 months to get the permission from Al Khobar municipality, but after I sent my presentation they immediately loved it and showed very strong support.

How did you find the 22 street artists exhibited?

I picked people from all over the kingdom. I was very picky in my selection because this artwork was going to stay. I choose people whom I already knew the work, some were recommended to me, and the others I discovered on Instagram. I also needed those artists to comply with my specific guidelines. People do urban art but in office, never in the street. Among them, you can find Safeyah Yahiya, Wafi Al Bkheet, Hind Al Ghamdi, Marwan Al Hatlan, Ahmad Al Dsheeshi, Rabab Al Haji, Fatima Al Haji, Manar Al Shaghab, Ali Saleh,Zainab AL Mahoozi, Ali Al Zoori, Abdulelah Al Sabhan, …. 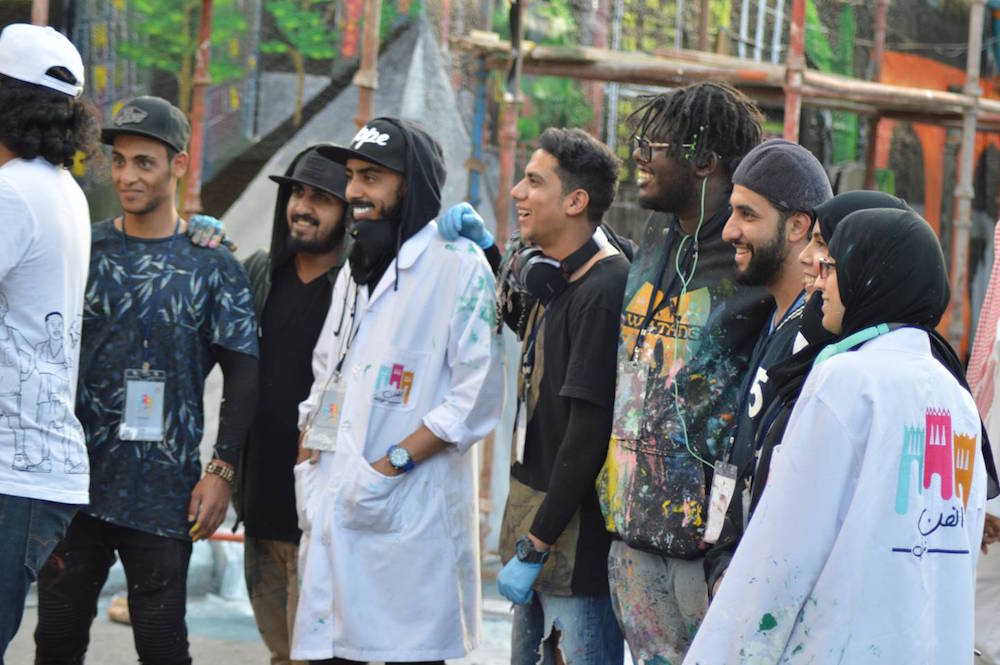 What was the message you wanted to deliver through this project?

I didn’t want this project to be political or religious, but just to deliver a positive message to the society. I wanted some artworks that could gather everyone and being engaging enough to show art as a powerful transformation tool which can change everything.

How did the local population receive this message?

I was scared at the beginning, but finally things went very well. From the first day of the exhibition, the local neighbourhood was very enthusiast and groups of people came to discuss with the artists. I was very happy to see that the experience gathered people from different generation and social backgrounds. It also changed their way to interact with their environment. Until today, nobody tried to damage the artworks and some people still come around the decorated walls to do photo shootings.

Can you explain the different types of works we could see there ?

Different types of style have been displayed on the walls, some abstract painting, calligraphy but also 3D arts and illustrations.

Do you think you paved the way for next events?

Definitely! Before there was nothing of this kind, but now, more and more events and street art performance are going on, although we still need permissions from the municipalities. 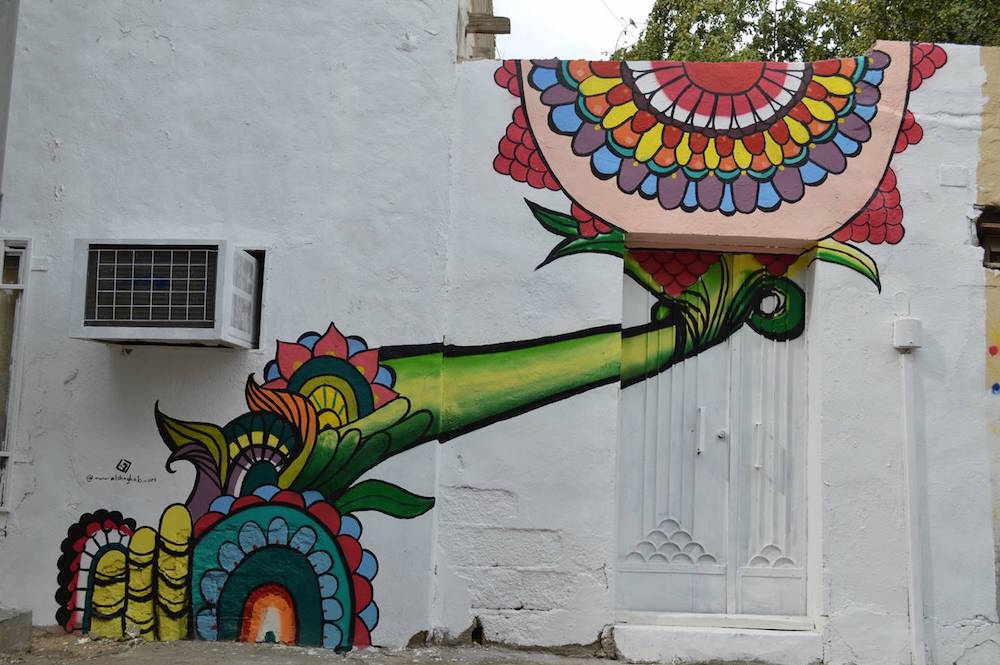 Usually, street art is an art of resistance, a tool to criticize power or society. How can you achieve this in the context of Saudi Arabia?

When I have launched this project, I wanted to change general perception of street art into something positive, for the government and for the viewers, so we could be able to develop the same kind of initiatives in the future. This is why I set up a few guidelines to avoid political or religious issues.

Do you have some projects in the future?

Inchallah! I would like to travel all over the different kingdom provinces to do street art projects and help the society. 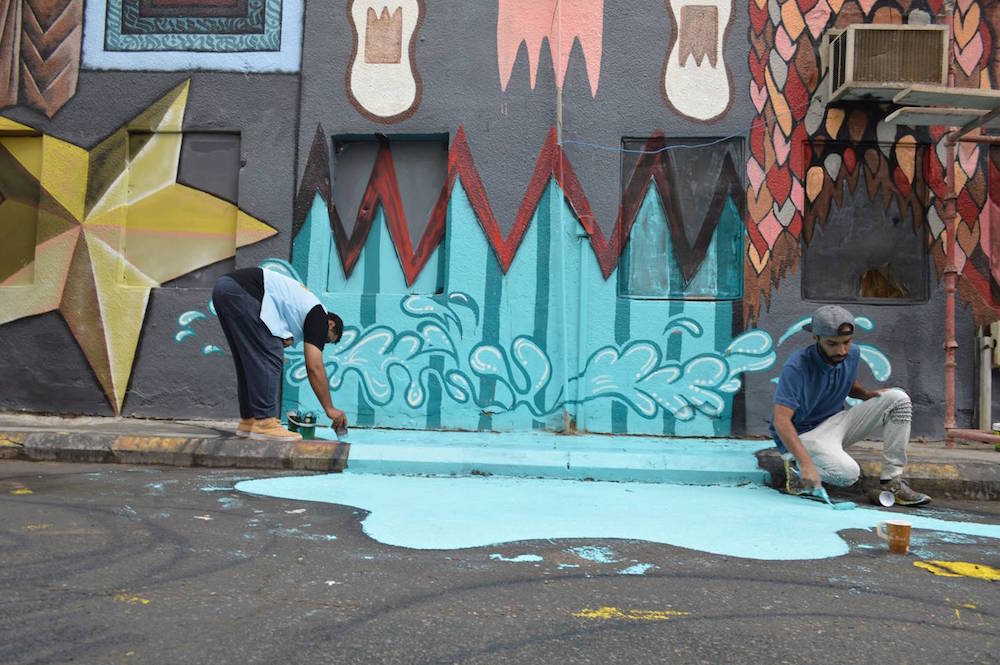