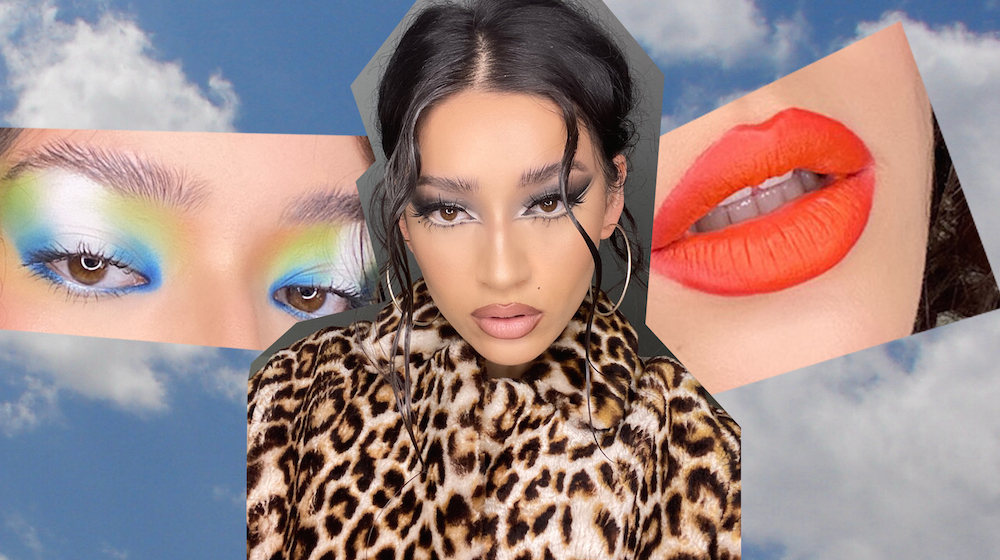 Saudi raised, Palestinian – Korean MUA Yasmin Istanbouli talks to us about doing makeup for Rotana’s “Sin Again” music video, kickstarting her career in L.A., becoming her authentic self as a brown woman in a digital world.

After graduating from Scripps College in 2019 and attending makeup training by Fenty Beauty’s Priscilla Ono, Istanbouli sharpened her technique and came out with a fresh perspective on her career. In the last year, her work has been featured in Vogue, Glamour UK, and HBO. 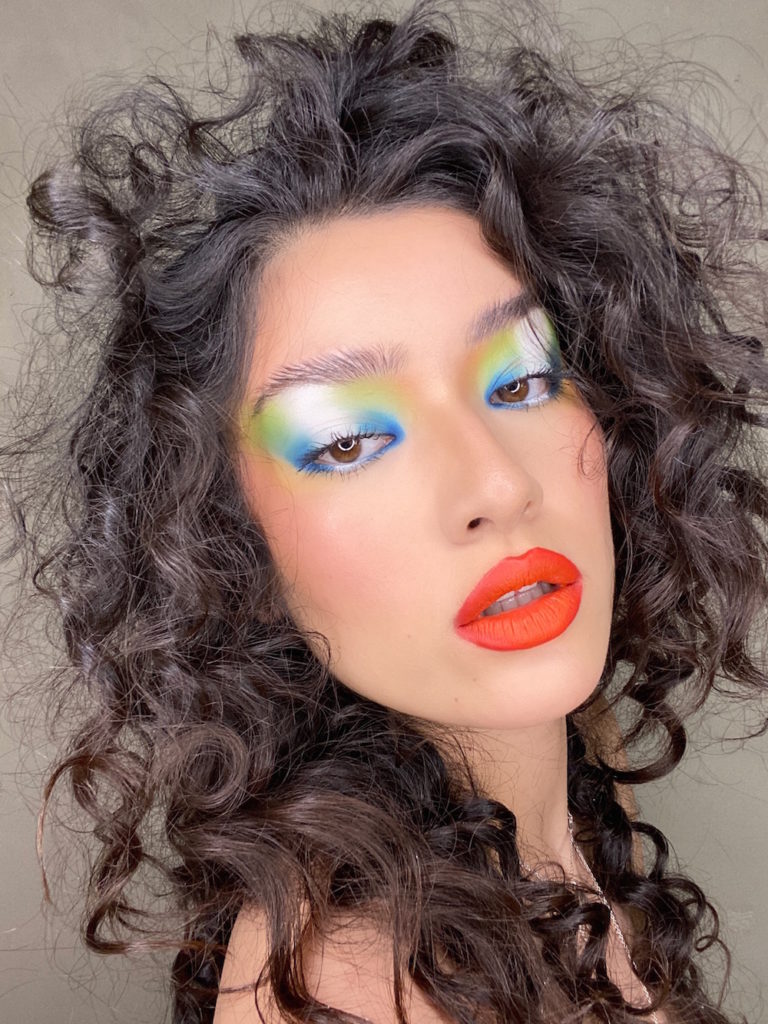 Hi Yasmin! Congrats on all your all recent accomplishments and especially the “Sin Again” music video with Rotana! Can you tell me a little about the project?

For her [Rotana’s] music video, it was an all brown/all POC team. When you meet Arabs and anyone close to home, you click way faster. It was really fun and exciting to work with other Arabs on this project, which is very personal to her [Rotana]. The first time I watched the final product I got emotional because it was incredible. To me, it was more than a music video and a song, it’s personal, sensual and I’m really happy to be a part of it. 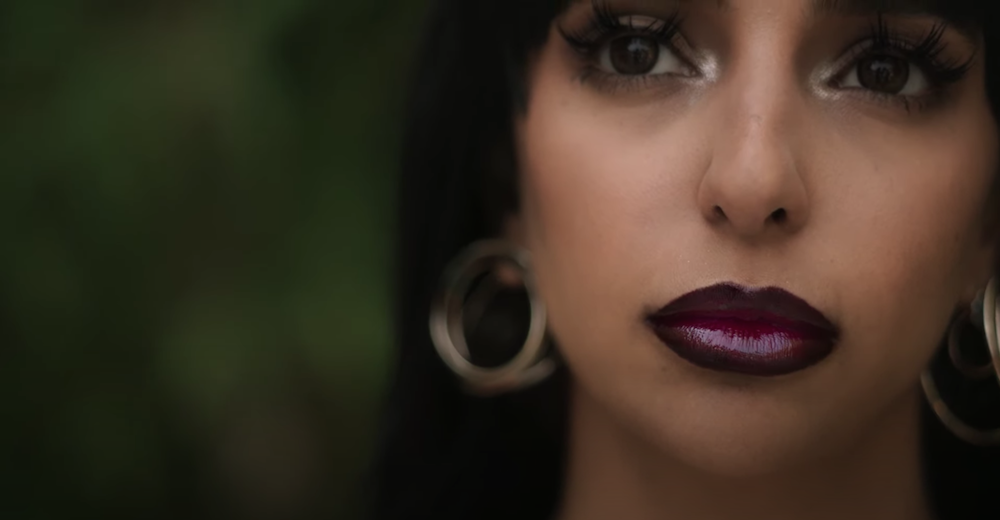 That sounds amazing, it’s really exciting witnessing groundbreaking female and POC/Arab artists on this project! What was it like doing the make-up for this music video?

Usually when I work on shoots, I always make sure to keep it true to who I am but love making it collaborative and keep it true to them. For Rotana’s tie-dye one piece niqab look, we made her eyes stand out and used white lashes. Instead of making it pretty, I felt like we should play around and I suggested lashes. She was hesitant at first but then said “yes we’re doing this!”

The amazing thing about make-up is you can tie everything together. Each look had a non-conventional aspect to it. She [Rotana] wanted each scene to have something non-conventional, because what she’s doing is not considered the norm for a Saudi girl, and she wanted to do that with her look as well, with her hair, outfits, and we made the makeup fun and playful.

“I think people who are similar are naturally drawn to each other.” 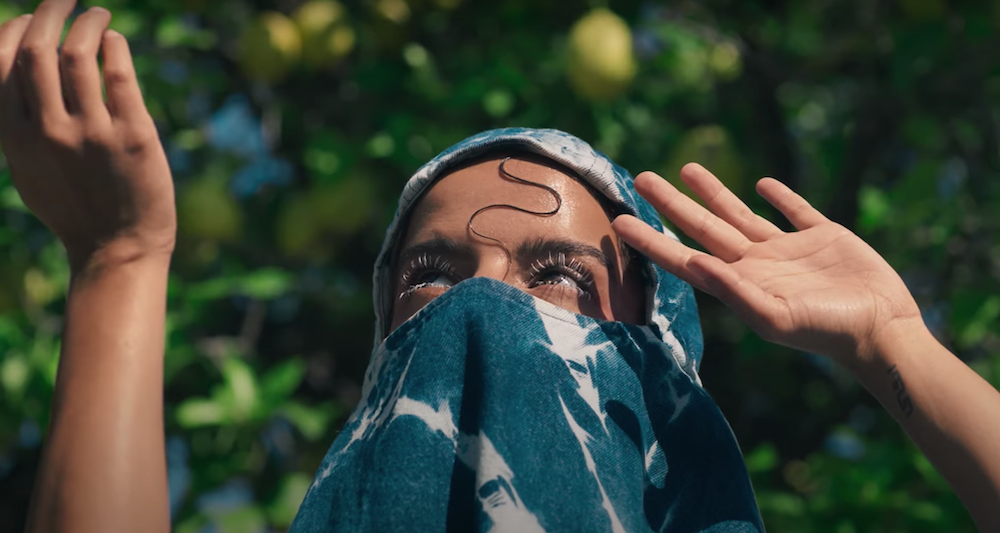 How did you bring your own personal style and vision to the music video?

When I do make-up, I like having one thing stand out, especially with this because it’s a music video, with a lot of movement; I did  a cool ombre red/black lip and envisioned bold features to enhance her face under the spotlight because she wanted the looks to be extra.

You’ve worked on some great projects this year. Do you have any favorites?

It’s really hard to choose, so I’ll mention both! I worked on this shoot with my friend Zoe who goes by Tweaks, and it was her first debut as an artist. I owe a lot to Zoe and she always vouched for me and was very supportive. This specific shoot was used in Office Magazine, and for a promo for the HBO show “We Are Who We Are”.

The second project is the music video “Oh My God” by singer Rainsford and directed by Dania Boulos. It was great speaking to someone in Arabic on set. All these influencers and models were in the video, which was so much fun and I ended up doing makeup on her and all of the extras! 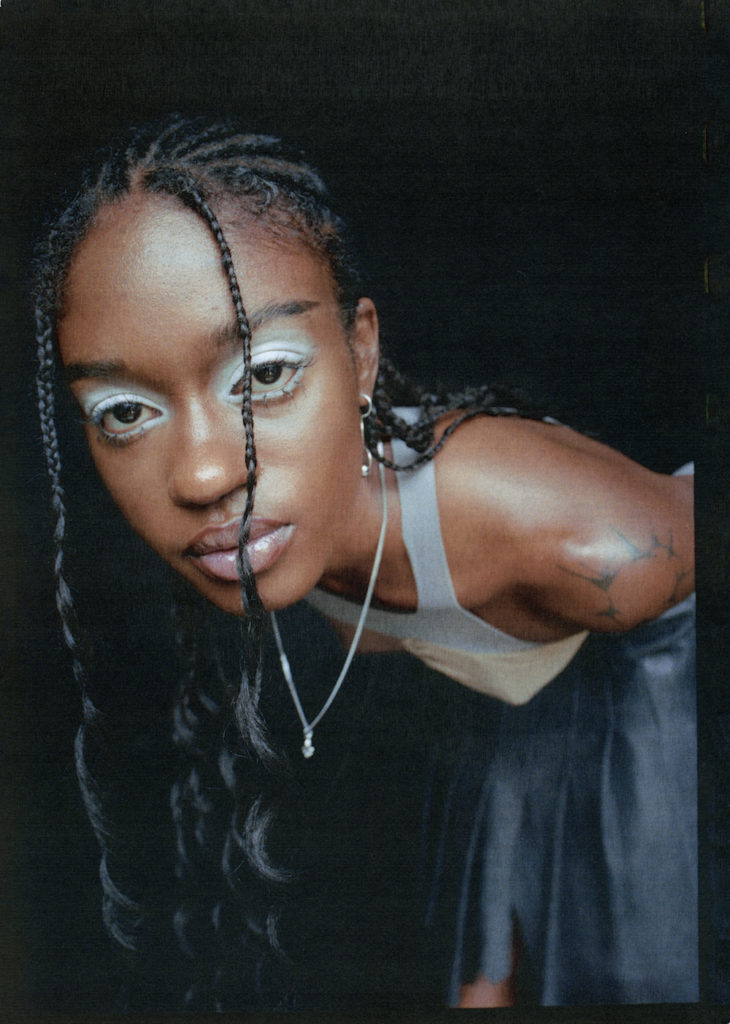 You have very fresh and individualistic make-up techniques. What would you say is your signature style?

I look to do so many different things. Some days, I want to do a pretty look, and other days I want to do something refined and really cool to look at but not exactly pretty. I would say my personal style is glam with a twist.

I know that you have strong social and cultural views. Does that influence the types of projects you do?

I think it does, and it’s given me more appreciation for where I come from, and my background. It’s brought me so much closer to people like Rotana and Dana Boulos, because we share similar views. I feel like all of us [on “Sin Again”] are all outspoken in our own way and I think people who are similar are naturally drawn to each other.