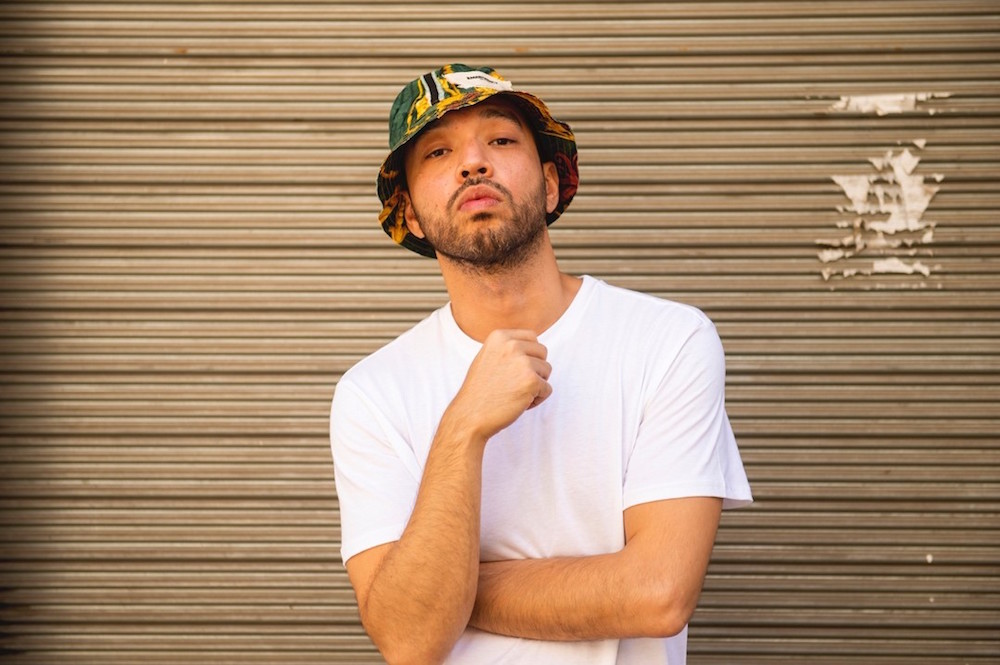 Meet Chyno with a Why? | From his underground debut to signing with Warner Music Middle East

Beirut-based, Syrian-Filipino (self-dubbed Syripino) rapper Chyno With A Why? moves from local scene to major league. With a discography dating back to 2014, this artist has most definitely proved his craft over the years.

Co-Founder of Beirut S.C.U.M. Festival which took place in Fall, 2019, Chyno With A Why? has both contributed to and also created opportunities for emerging underground talent in Lebanon’s capital. He is known for his politically-charged lyricism that reflects his own experience and attitude towards our society. Today we talk to Chyno himself about his upcoming move to Warner Music Middle East.

“I’ve been in the game for a minute, so I’m not disillusioned by my expectations.”

After working and producing music in Beirut’s underground hip-hop scene for the last few years, how do you think your approach to making music will change now under a commercial label?

My approach to making music has been subject to constant change. You can’t have longevity if you remain stagnant. I feel I’ve learned a lot throughout the years, and evolved to a point where I am in a position to get noticed by a major label. With that said, WMME have been great in nurturing my creativity. My upcoming album, MAMLUK, was pretty much done, with a couple video clips in the bag, before I signed the dotted line. It’s a testament to their dedication in finding something unique. For them to gravitate towards my current sound and sign me as their first artist is flattering and it gave me confidence that they weren’t just trying to cash-in, but make something of substance happen.

I’ve been in the game for a minute, so I’m not disillusioned by my expectations. I know I have to give to receive, but as far as this album goes, I’ve been given a lot of freedom. Not only have I maintained the integrity of music, it’s been elevated with Warner Music by my side. So I’m super excited to show people what I’ve been cooking.

What message are you trying to send to those who enjoy and create hip-hop in the capital through S.C.U.M. festival?

Beirut S.C.U.M. Week was created because regional Hip Hop is so under-represented by most cultural/entertainment institutions in the Middle East. Such a huge online following, but never given proper platforms or enough resources to thrive in. I think I’m one of the very few in Lebanon that gets booked by festivals and renowned venues. So Hip Hop artists here feel unwanted, under-appreciated, disregarded. Basically, feel like SCUM. So I told a couple friends, “Fuc* it, we should do our own festival.”

One whole week dedicated to regional Hip Hop throughout the Arab world. To give the fan base, that we know exists, what they want, make these venues believe that we are of value. And maybe building that strong base will give us even more confidence to bring even more to the table in the future.

How will this opportunity for you impact the hip-hop scene in Beirut?

The repercussion is going to be a mixed bag, I guess. Hahahaha. I’m sure it’s going to be empowering to many. Hopefully some positive and friendly competition that will elevate the art form. On the other hand, I’m Syrian/Filipino … there’s a lot of people from the scene who feel that people like me shouldn’t have this kind of success in their country. If the position I’m in is as polarizing as I expect it to be, c’est la vie.  I’m just doing me. If I’m wrong, thanks for welcoming me with open arms, now let’s all go out and get this money.

Do you feel a responsibility to continue nurturing the scene you contributed to and represent it in the right light to outside communities?

“Responsibility” is too heavy a word to describe something I love to do. I moved around a lot as a kid and with my background, it wasn’t easy for me to assimilate. Somehow Hip Hop helped bridge that gap for me, almost wherever I went. I always took pride in it. I still do. I demand my passion for the art form be taken seriously. That’s the key, I guess…if you carry yourself with enough self respect, you’ll automatically project the art form you embody in a good light.

Related Itemsarab rapchyno with a why?jdeed magazinescum festivalscum weekwarner musicwarner music middle east
← Previous Story Ya Habibi Market | The online store built to give back to its community
Next Story → ANA NESH: An Exhibition on Exploring Urban Identity by Al.Arte