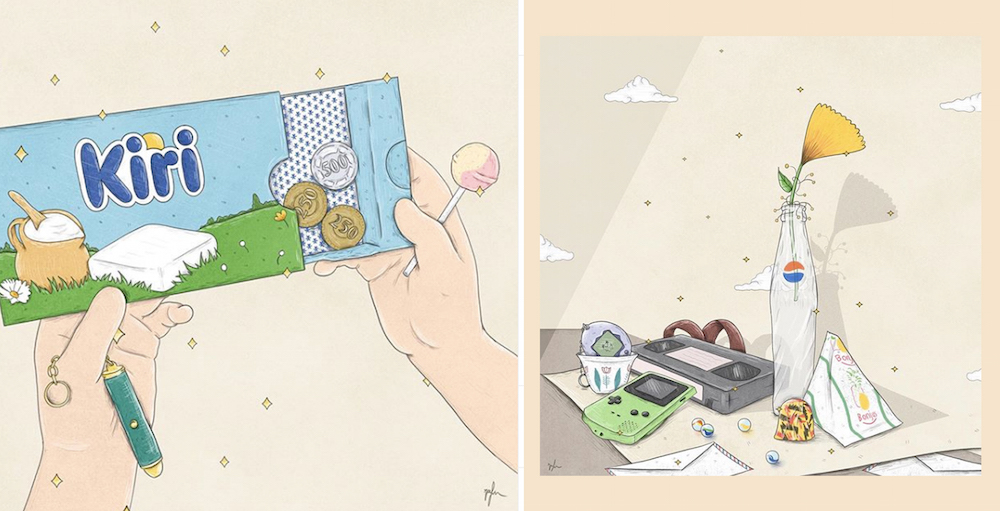 One look at Rafik El Hariri’s extensive portfolio will give you a glimpse of what goes on inside his creative mind. Through over six years of experience, El Hariri’s work has been featured in magazines such as L’Orient Le Jour and Elle Arabic, online for Adobe and on television for MTV Lebanon, BBC Arabic and more.

Towards the end of 2018, the talented illustrator released his first children’s book that was both authored and illustrated by himself – among other titles which he has worked on as an illustrator. El Hariri’s experience is no doubt incredible, but it’s his honest and unique style of illustration that draws in such a large audience.

Pointing out that illustration has and continues to be a great way to advocate for mental health, be it subliminally or directly, El Hariri conjures up many interesting themes throughout his work. Inspired by Mother Nature, Magick and capturing nostalgic moments, the artist’s illustrations portray a new world of beautifying the small things in life, that we so often take for granted. 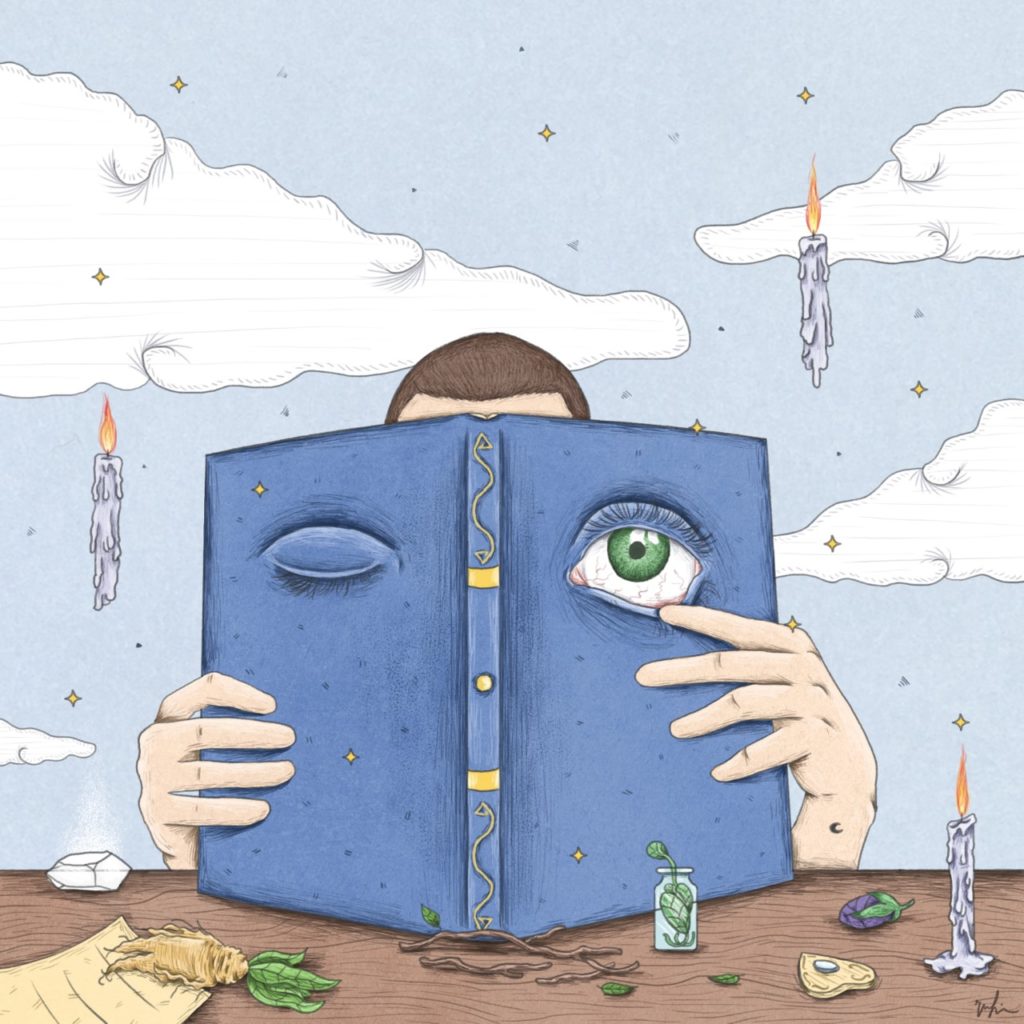 Could you describe how you got into illustration and why you’ve chosen this career?

It all started back in 2014, when I got my hands on a wacom drawing tablet. I was already into drawing and experimenting with different media but I do admit that ever since I transitioned into digital art, it became my number one form of expression. Truthfully, it might sound sappy but I did not choose illustration, it’s the other way around. I do work as a graphic design instructor during the day but illustration always comes first.

How do you find freedom through illustration? Are there any challenges you face by using this medium?

Illustration is my way of coping with every single emotion on the spectrum be it extremely happy or extremely sad or anything in between really. The moment I get inspired to illustrate a certain narrative that is otherworldly or surreal, I do not get off my laptop until I have the entire visual “purged” out. The gratifying feeling that comes afterwards is the biggest reward ever.

The only challenge that I would say I’d face through illustration is that sometimes I get creatively blocked, and that’s just like having a stuffy nose that stops you from breathing properly.

“I am happy I was born in a period of time where my childhood was all about human connection.”

Your work admires Hermeticism, Mother Nature and the human experience – how do you combine these elements to place a new perspective on your experiences?

Magick (with a K because witchcraft) has been always my ultimate source of inspiration. Through reading throughout my teenage years about Wicca, Neo Paganism and the esoteric path, I was able to consume plenty of content related to symbolism and its meanings and how those mystic elements can be translated onto reality itself. Mother nature is the playing board of all things energy!

You can conjure any of its elements and you simply tap into a generous well of ideas and thoughts. I refuse to believe that the reality I live in is simply what it is, there’s plenty of Magick within the mundane and each one of us is finding its way to it differently, mine’s through illustration. 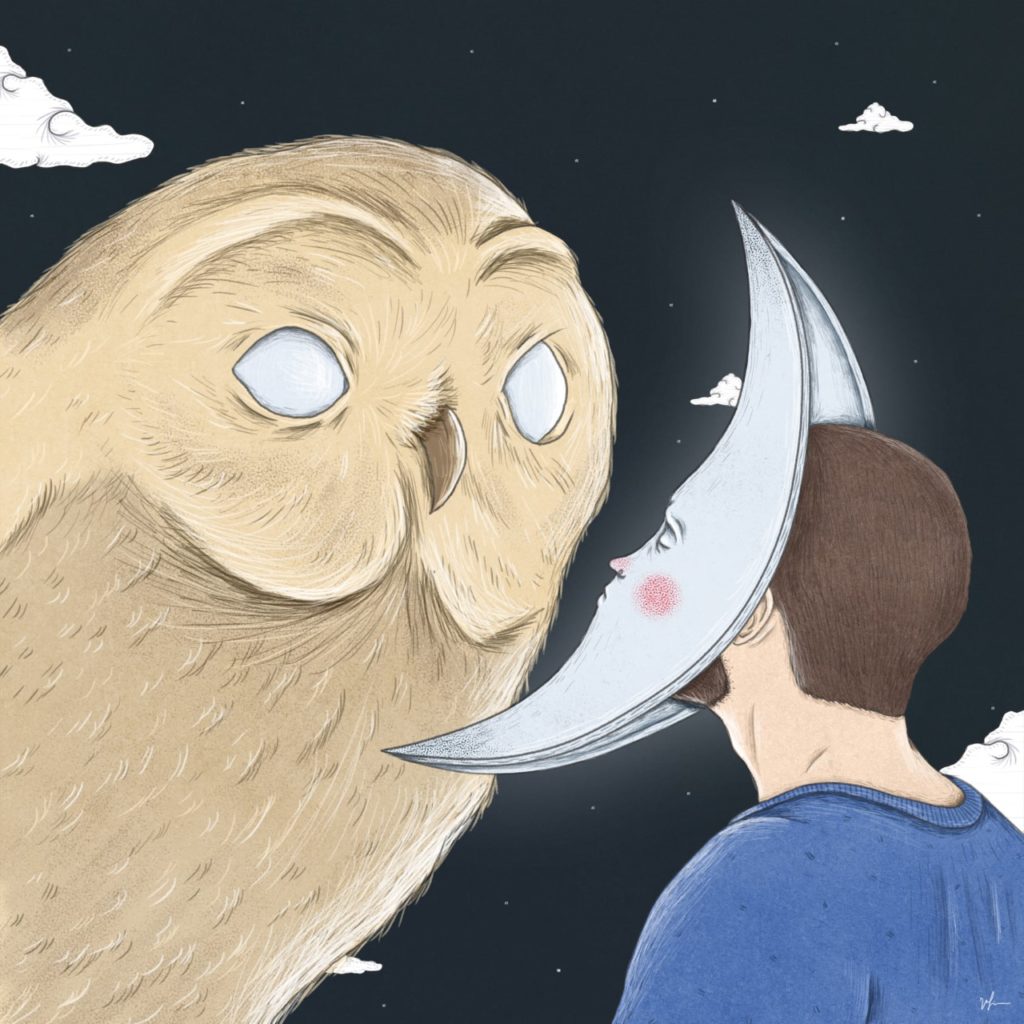 I see a lot of nostalgic Lebanese motifs in your art, why do you choose these moments to capture and share?

As humans, we tend to take plenty for granted. Looking back on my childhood there were plenty of moments that felt like they’d always be there, but one day I woke up and poof, those moments were gone. It could be as simple as breaking a sweat playing with my neighbors in the streets until sunset and how mandatory it was to get back home and take a shower before night falls.

I am happy I was born in a period of time where my childhood was all about human connection.

Do you believe that images provide better portrayals of our feelings than our words?

I do not necessarily think that images always capture our emotions better than words, because I personally resort to literature when I feel creatively blocked, words are my gateway to translate an emotion visually.