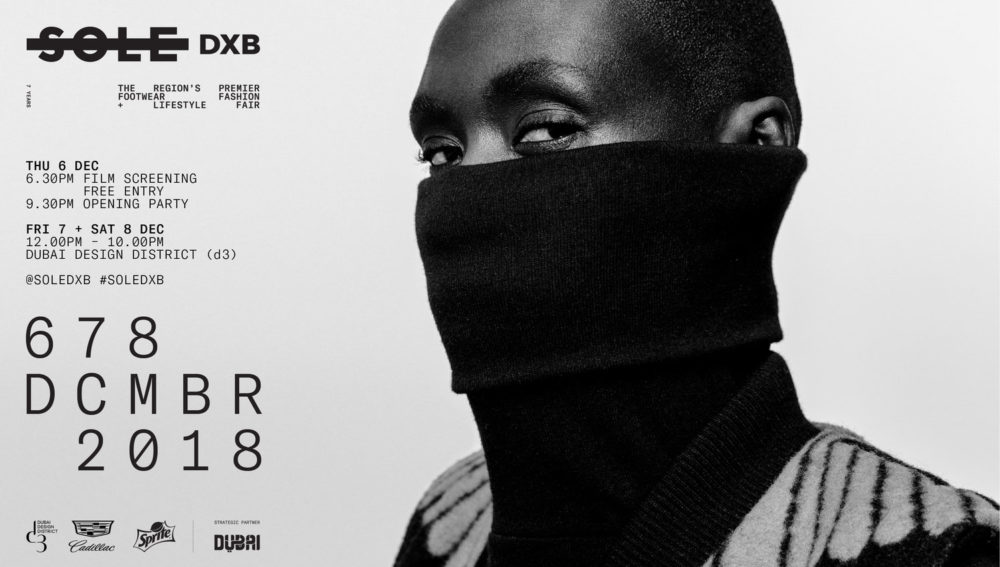 Hip-Hop lovers watch out | Sole DXB is back

Get ready for the return of Sole DXB at Dubai Design District (d3) this December 6-8. Celebrating street culture, urban wear and the sneakers legacy, with a regional focus on South Africa, Sole’s two day three-night line-up features performances and events led by key actors in the international hip-hop scene. Traversing the domains of film, music and photography, and featuring a series of talks led by renown figures in the domains of music, design, culture and fashion, Sole is an immersion into the cultural world of hip-hop, an expedition into the global urban jungle, so grab your trainers and let’s get going.

Supported by Cadillac, d3, Dubai Tourism and Sprite, Sole has put together a magnetic line-up for this year’s festival. Headlining the main stage on Saturday is legendary Queens rapper Nas, whose 1994 debut album Illmatic is still widely regarded as one of the greatest hip-hop albums of all time. Joining him on Saturday is Lion Babe, two of New York City’s finest R&B figureheads, whose 2012 debut single ‘Treat Me like Fire’ secured them a record deal with Interscope Records the following year.

Since, the musical duo has collaborated with stars in the likes of Pharrell Williams, Childish Gambino and Mark Ronson. Presented by Reebok Classic, emerging artist Abra, whose seductive sound offers a unique mix of freestyle house and R&B, will also be performing on the main stage on Saturday, along with Roxanne Shante, one of hip-hop’s first ever female rappers. 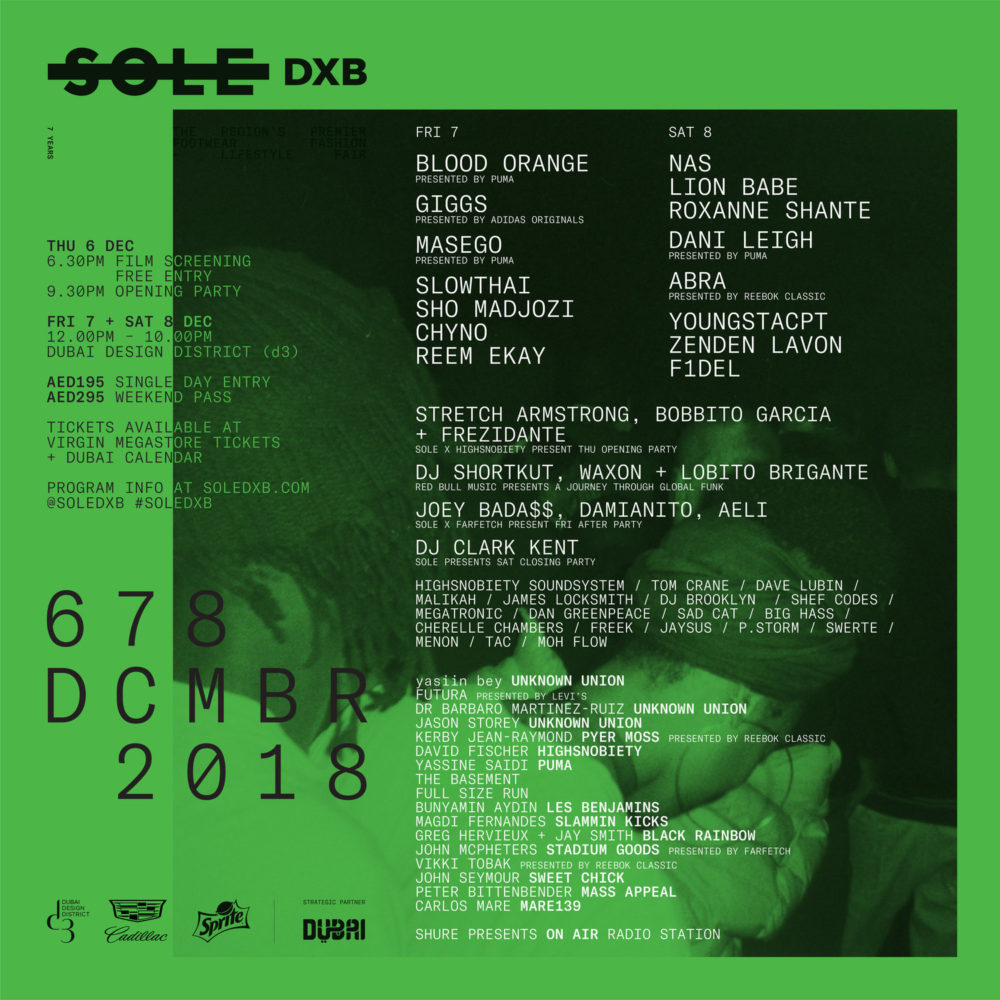 Within the Puma space, expect an eclectic mix of rap, grime and garage from Northampton star Slowthai as well as a powerful electronic R&B fusion from Dev Hynes, better known as Blood Orange. With over 10 ears of experience in the industry, Hynes has worked with a myriad of influential artists from Blondie to Florence and the Machine, and is the former guitarist of British dance-punk band Test Icicles. African-American Masego’s contemporary sound dubbed TrapHouseJazz is also something to look out for at Sole, as well as rising South African star Sho Madjozi’s Tsonga take on hip-hop and house.

As well as a star-studded musical line-up, a series of relevant talks and conversations are also scheduled this December at Sole. Coming from a broad cross-section of the global hip-hop community, speakers include Kerby Jean-Raymond, winner of the CFDA Vogue Fashion Fund and founder of Pyer Moss, and photographer Barron Claiborne, who will be holding a book signing for ‘Contact High; A Visual history of Hip Hop’.

The delights of Sole don’t end there; expect your taste buds to be tantalized by New York’s chicken and waffle specialists ‘Sweet Chick’, and your touch to be teased by the regional launch of global streetwear collections such as Adidas’s limited-edition Yung Series and Puma’s Selena Gomez X Puma Strong Girl line. Sole DXB offers a 360 exploration into the vibrant world of hip-hop, so if you’re at all into urban street culture, be sure not to miss it.