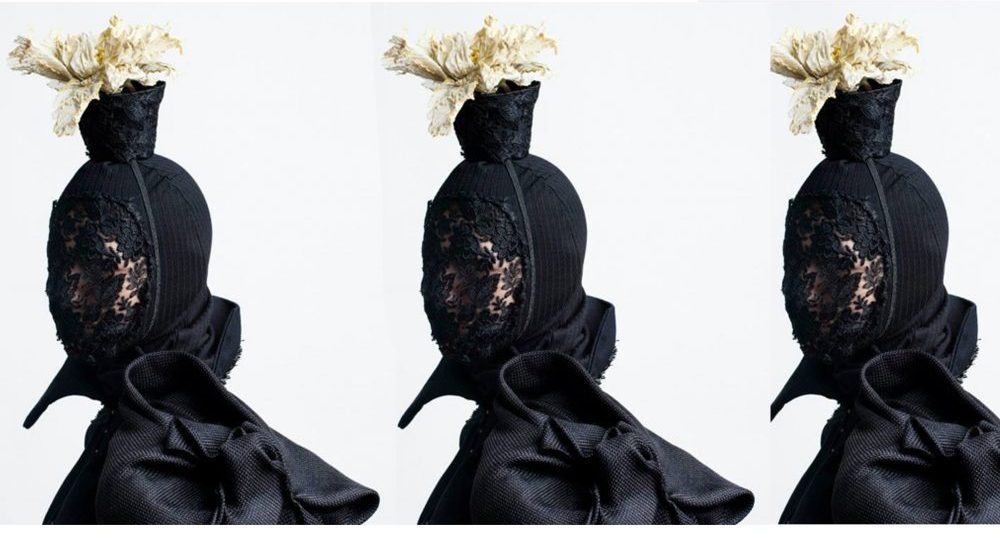 From Ramallah to Tbilisi, JDEED has gathered 5 new talents whose names we bet you’ll be hearing about very soon.

Eman El-Banna began her carrier as an architect before founding Eman Design in 2007, a jewellery brand that challenges the notion that jewellery equates luxury, creating handmade, high-quality pieces that are accessible to the public. She achieves this by using ubiquitous symbols that prevail in the Egyptian popular imagination in her designs, such as floral patterns in Islamic imagery, known to add richness to the represented image.

Floral motifs are widely used today in the Egyptian Kheyameya, a traditional form of tent-making that uses an applique textile technique, a skill that gets passed down through generations. El-Banna combines such traditional signifiers with the minimalist aesthetic she gained from architecture, creating an eclectic mix of old and new, traditional and contemporary. In 2017, the company expanded to produce leather bags and accessories, also inspired by traditional Egyptian motifs.

NB Atelier was established in 2012 by Nino Babukhadia in Tbilisi, Georgia. Inspired by 90’s street style, her collection The Individualism of the 90’s Spirit seeks to rekindle the era’s unique urban grunge through oversized bomber jackets and high-wasted pants, straight-silhouette jumpsuits and heavy embroidery on different textiles. The latter has perhaps become Babukhadia’s trademark technique as she has used it in various different ways for three seasons now, most recently using thick mouliné filaments to create bold embroidered patterns.

The models who showcase her clothes exude confidence and gusto, enacting the bold spirit of the 90’s. Babukhadia claims that part of her inspiration for her SS17 collection comes from the movies, in particular Ernest R. Dickerson’s American crime drama Juice and Bertollucci’s romantic drama The Dreamers. While the former’s depiction of New York gangs inspired the raw, rough and ready aspect of her collection, the latter is responsible for softening edges and smoothing outlines.

Dubai-based Tijana Mladenovic is a womenswear brand formed in 2015 by the designer of the same name. Her collection titled ‘Tuareg’ takes inspiration from the eponymous ethnic confederate of the Sahara Desert, who use clothing as a shield against the harsh climate. With very limited resources but a rich mythological repertoire, the Tuareg manage to fashion creative pieces that draw on their spiritual imagination whilst protecting themselves from the brutal desert conditions.

Mladenovic’s collection uses earthly tones inspired by the desert palette and natural materials such as cottons and silks. The designer plays with daring cuts where strict lines meet softer, draping forms to compensate for a subtle color scheme.

‘Gender Blindness’ is another one of Mladenovic’s collections, this time inspired by Plato’s Symposium which recounts the merging of two outfits that come together to form one, rejecting the boundary between masculine and feminine. Her collection espouses the trend of unisex fashion that challenges gendered dress codes whilst reminding us that androgyny is not just a modern phenomenon.

Nino Sepo is a young designer from Georgia. She graduated from Tbilisi State Academy of Arts before becoming the first Georgian designer to be selected as the new emerging talent by Vogue Italia with her collection Caucasian Frame. The latter was all about Caucasian women and the way in which they navigate day-to-day life in a culturally rich but at times conventionally strict region.

Her work is aesthetically wide-ranging, reflecting many different sources of inspiration, as the designer claims, she is inspired by memories, sounds, dreams, interactions with her surroundings… She attempts to tell stories through her designs, using materials and color to weave a narrative thread from the beginning of a collection’s storyline to the end.

Her collection Trees is inspired by expanded definitions of the ‘self’ and of ‘home’ as well as the permeable boundary between both terms. It is about losing and finding oneself and realizing that home is ultimately found within. Other collections include ‘Reincarnation’ and ‘Gemini’, a jewelry line comprising of bold brass earrings and rings.

Omarivs Ioseph Filivs Dinae’s collection The Ceremonial Vniform, is a politically pertinent collection that plays on power and gender aesthetics to critique forms of governance. The line aims to deconstruct the gendered dynamics of Palestinian liberation groups which tend to depict the man as the martyr, fighter, worker, farmer or ‘terrorist’ whilst the woman is most notably depicted in traditional rural dress, in the home sphere. The line is a satirical collection consisting of an imagined dress code for male officials in a future Palestinian state.

Through this exaggerated parody, he seeks to highlight the adverse effects of revolutionary postures and dress codes which he suggests, tend to strengthen pervading power structures rather than challenge them. In collaboration with Lebanese photographer Tarek Moukaddem, Filivs Dinae produced portraits laden with nostalgia, symbols of the nation and gendered dominance.

Further, the clear reference to European portraiture in the photographs satirizes the ineptitude of the Palestinian political leadership. The designer experiments with historical Palestinian techniques and explores a variety of fabrics, collaborating with cobblers from Ramallah and Mother of Pearl carvers from Bethlehem to create this unique and politically savvy collection.