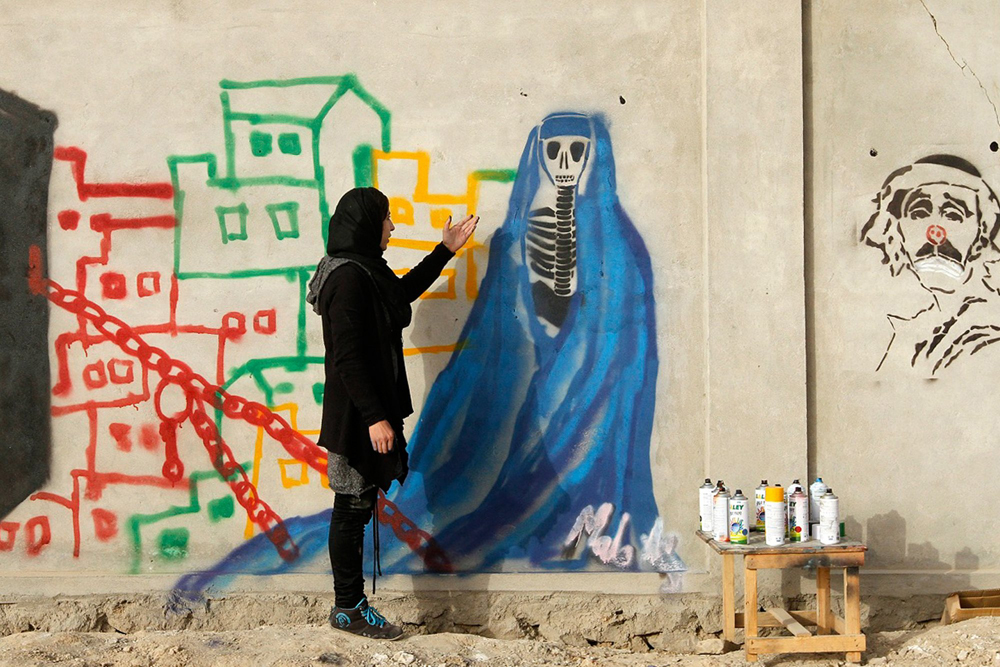 From drawing graffiti in Kandahar, Afghanistan to organizing her first exhibition in London, Malina Suliman has much to express about the lack of equal rights for women in her home country.

Malina Suliman, born in Kabul in 1990, has always wondered why there is such a pronounced imbalance between men and women all around her. She was never quite able to understand why her 5 brothers could play outside and study and she and her 3 sisters needed to stay indoors.

She then decided to leave her home in Kandahar, one of the most perilous and conservative cities in Afghanistan, for Pakistan, where she studied Fine Arts until 2010, the year in which she obtained her degree. Only her mother and sisters knew that she had begun to study. Afterwards, she moved back to Kandahar and realized that she had indeed no rights as a woman in her own home. Her sister’s husband took her to a gallery and it had an enormous impact on her life. That’s when her art took off.

She would draw graffiti late at night, with the help of 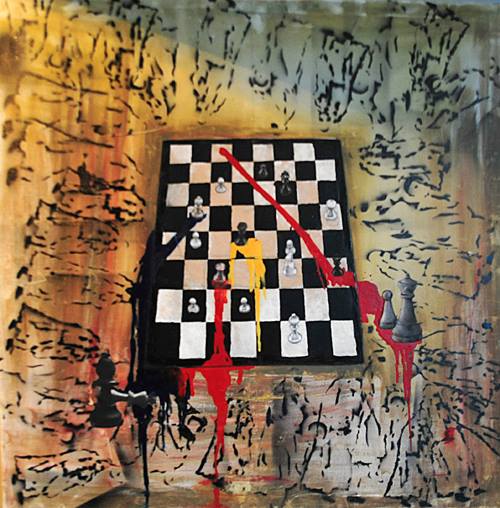 a flashlight and a spray can, on walls and rocks all over Kandahar. One of her most known artworks is the skeletal figure wearing a burqa, which denounces the issues of identity, inequality and oppression in Afghanistan. Her work was strongly condemned by the Taliban, who considered it as idol-worshipping. She and her family had begun to receive threats to intimidate the artist. When her father was attacked, they decided to relocate to Mumbai, India. After a while, thinking the threats had died down, they moved back to Kandahar.

In 2013, Malina resolved to move to the Netherlands, where she is currently doing her master in the Dutch Art Institute. She founded the Kandahar Fine Arts Association (KFAA), to help her compatriots express themselves through art. Her exhibition in London, “Beyond the Veil: A Decontextualisation” combined video and sound and highlighted the role that the wearing of the burqa plays in an oppressive society.

Words by Paulo Nascimento for JDEED 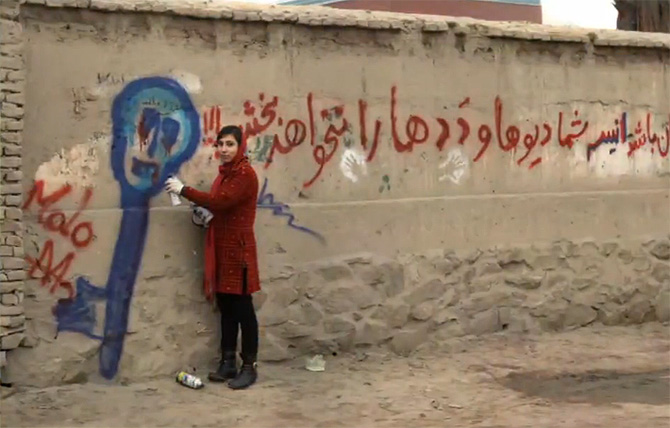 Paulo is a Brazilian journalist based in Antwerp. He loves fashion, music and the Arab World.