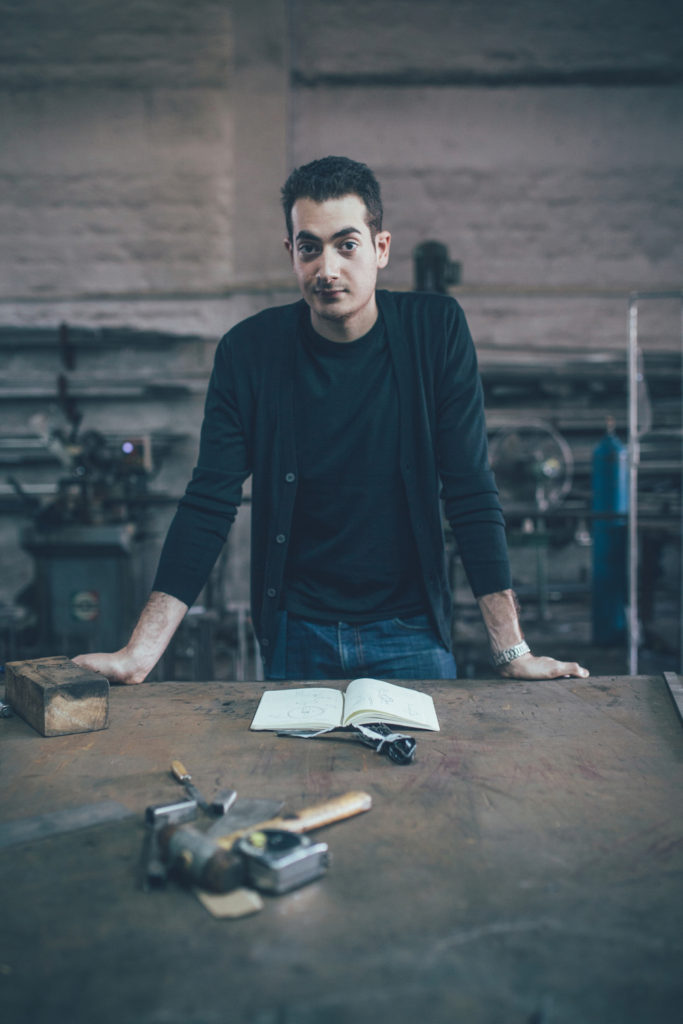 Born in November 1990, Jordanian/ Canadian Hamza Omari graduated in 2012 with a Bachelor’s degree in Product Design from Emily Carr University in Vancouver, Canada. His interest in a multidisciplinary practice prompted his decision to join the Dubai-based studio LOCI Architecture + Design in 2013, where he currently works as the Product Designer.

Omari’s furniture and product design has been exhibited in several galleries and publications, including a project that was bought by 18KARAT, a Vancouver-based high-end furniture manufacturer. More recently, Omari designed the first addition of Dubai Design Week’s Abwab pavilions which utilised sand facades that were specifically developed for the project to control light and heat transfer.

Omari’s designs are a creation of innovation with function, pushing the boundaries of what is possible whilst maintaining the context of the product. Through a process of questioning and scrutiny towards every stage of design, each project is dealt with within the constraints it requires. Omari believes that good design maximises function with form, encompassing both social and environmental integrity. 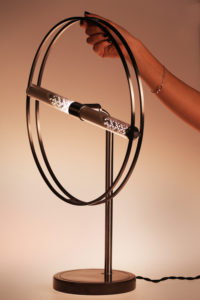 How would you define your discipline, Industrial Design, and its place and role within the broad theme that is Art?

I firmly believe that art and design have a clear distinction between them. A lot of professionals will disagree with this statement, however, art stops being art once it serves a function or purpose. The only reason a toothbrush is not looked at as with any artistic value is because it has a very well defined purpose. Design can still be beautiful, purposeful and well exhibited. But it will only be accompanied with the label of design.

Therefore industrial design falls under the same argument. Industrials designers do adopt the responsibility to find beauty within function and not only make something beautiful for the sake of being beautiful. 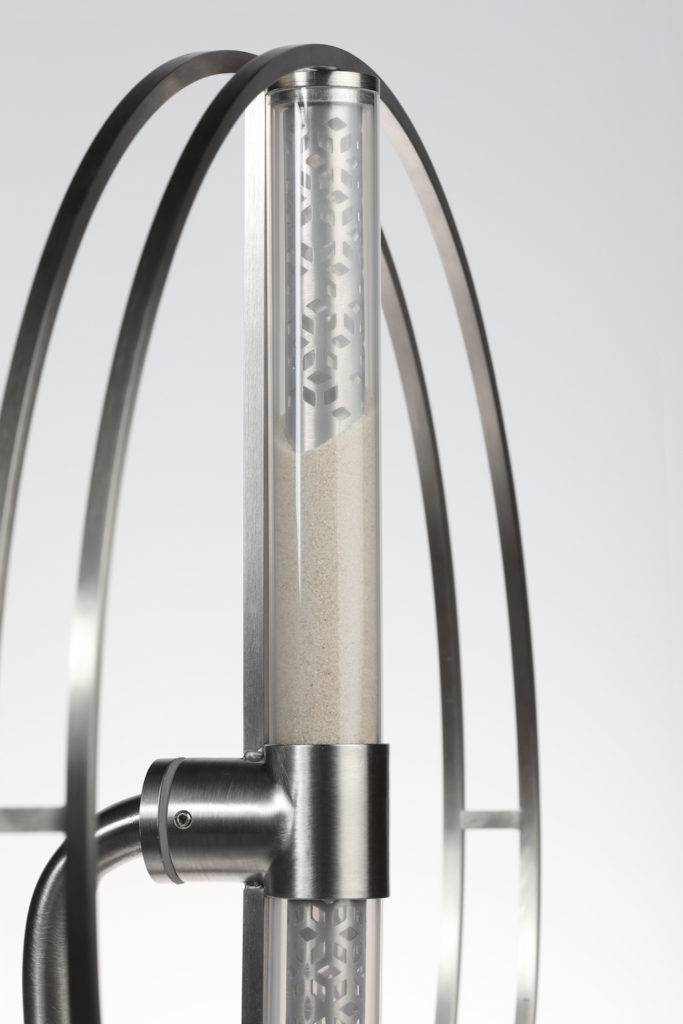 What is your most significant project to date?

In a city always in motion, one quickly forgets those who came before us. A people with a legacy that still echoes between the ever-shifting dunes. Urban dwellers have since disassociated themselves from their ancestral Bedouins, yet they look back at the life style with deep romanticism. The desert was no longer a home, but a place that was visited to switch off and disconnect. 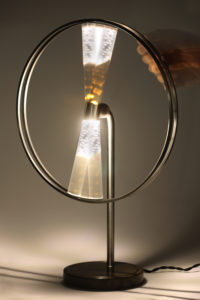 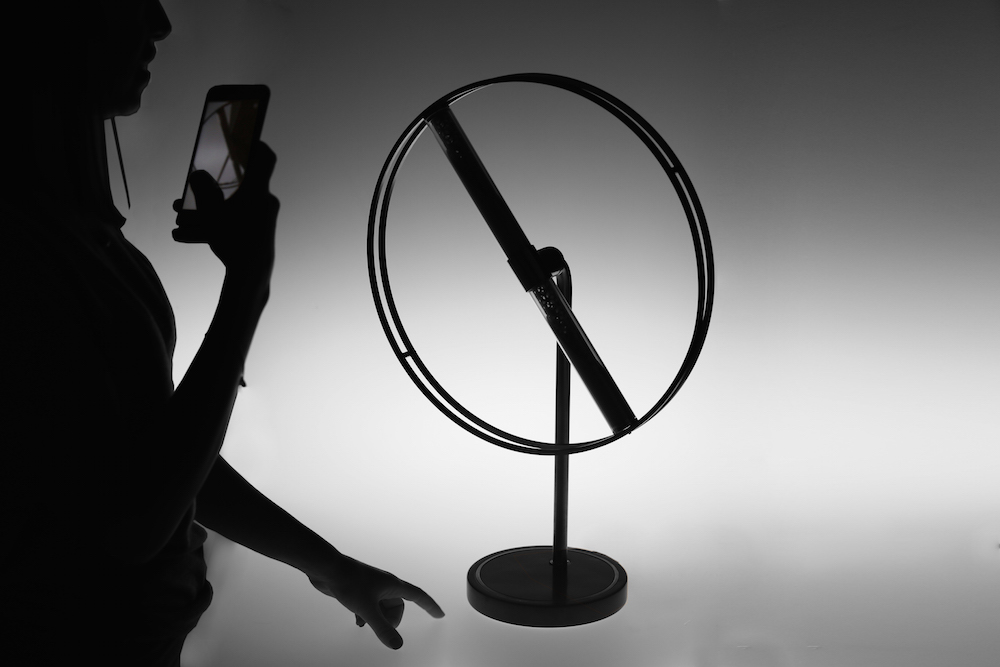 Up until recently, regional inhabitants have lived in coherence with their immediate environment. However, the change in life style brought with it a constant challenge of keeping sand out of our living spaces – sand suddenly became a nuisance. People are continuously striving to isolate themselves further from their surroundings. This project, Zea, aims to bring back sand into our homes.

Zea is marrying modern day technologies of rapid prototyping and parametric CAD with century-old crafting techniques. This resulted in an interactive lighting element that takes the user back to what once was. 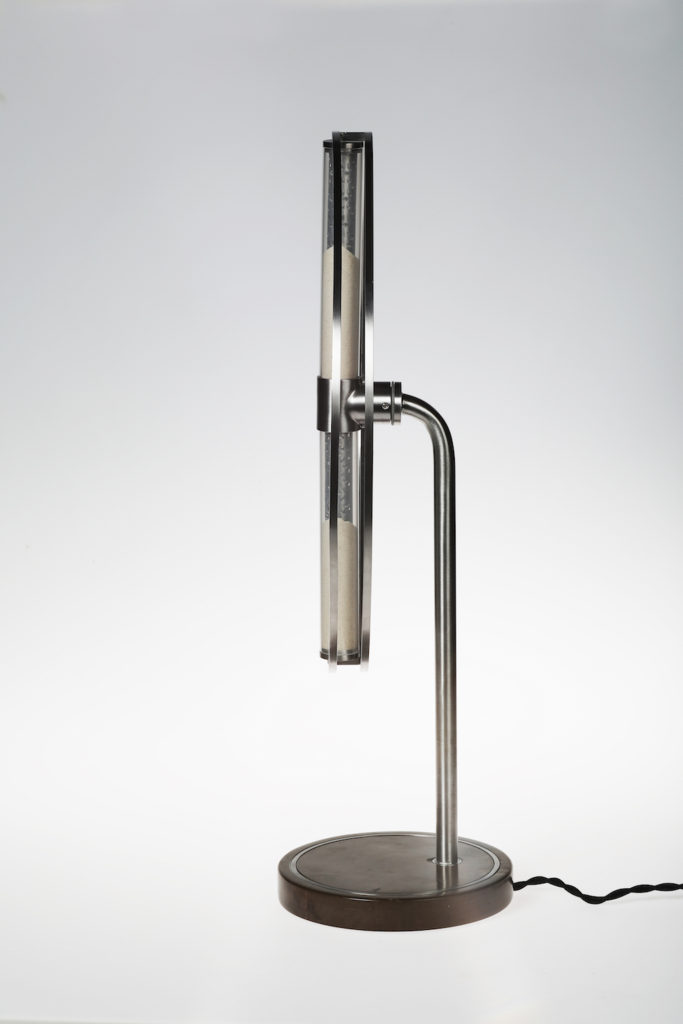 An aquarium into the desert, Zea allows its users to peer into an environment that was once theirs. As one interacts with the product, desert sand slowly ebbs back and forth to partially expose or cover a light source that filters through a repurposed Mashrabiya. Reminiscent of a Bedouin fire, this interaction between movement, sand and the user directly influences how much light fills a space.

Zea utilizes more than just sand. Its base is hand crafted out of extremely dense Fujairah stone. Once a common material in construction, Fujairah stone has since been replaced with the easier to use cement block. Focusing on an authentic feel, Zea generates an exceptional interaction between stone, sand, brushed stainless steel and light.

With a never ending dance between light and sand, Zea creates a continuously changing aesthetic. Every interaction leaves behind a new visual configuration to appreciate. This starts with the detail of the sand grains shifting and accumulating, all the way until one takes a step back to admire the overall composition.

Is being of Jordanian origin something that influences your work?

No, however, being Arabic and from the region as a whole does heavily influence my work. The Middle East is in a cultural slump and drawing boarders across regional achievements will further slow us down. The region as a whole has an abundance of ideological, historical, material resource available locally that are abundant and underused. I try to look into traditional principles of regional design, architecture and planning in the rich middle-eastern culture and art history in specific that spans Asia and Europe.

What projects do you have in mind that you wish to carry out?

I have so far only experimented and produced physical products that you can touch, smell and handle. I do see myself shifting towards some form of design that is much less tangible, I would like to explore experiential design or interactive design. This field is young and exciting which will offer a steep learning curve as designer slowly pave their way through it.