JDEED gives you a tour of 5 exhibitions from the Middle-East that are worth visiting this season. Catch them before it’s too late !

The Grand Hotel Casino Ain Sofar used to be one of the grandest, most prestigious hotels in the Middle East. Built by the famous Sursock family in 1892, the hotel epitomized the glitz and glamour of the 20th Century, attracting socialites and stars all the way from the roaring twenties into the swinging sixties. With the advent of the Lebanese Civil War in the 70s, the iconic building became quickly destroyed and has remained largely abandoned ever since. However, one of the owners and descendants of Alfred Moussa Sursock has now renovated the hotel, transforming it into an exhibition space.

Artist and activist Tom Young, who is known for staging artistic interventions in places of great historical and cultural significance in Lebanon, was invited to the hotel as an artist in residence. Four years later, his project is complete and the doors to the historic house are once again open to the public. Forty of his canvases now adorn the walls of the vast ground floor in an attempt to stimulate the popular imagination and remember what used to be.

His pieces are inspired by the disused railway station nearby, abandoned objects left behind by former hotel guests and the events the hotel used to host. Through art he seeks to revive ancient relics and tales of a bygone era in the hopes to animate people’s collective memory and create a conversation with the past. The exhibition runs from the 16th of September to the 14th of October. 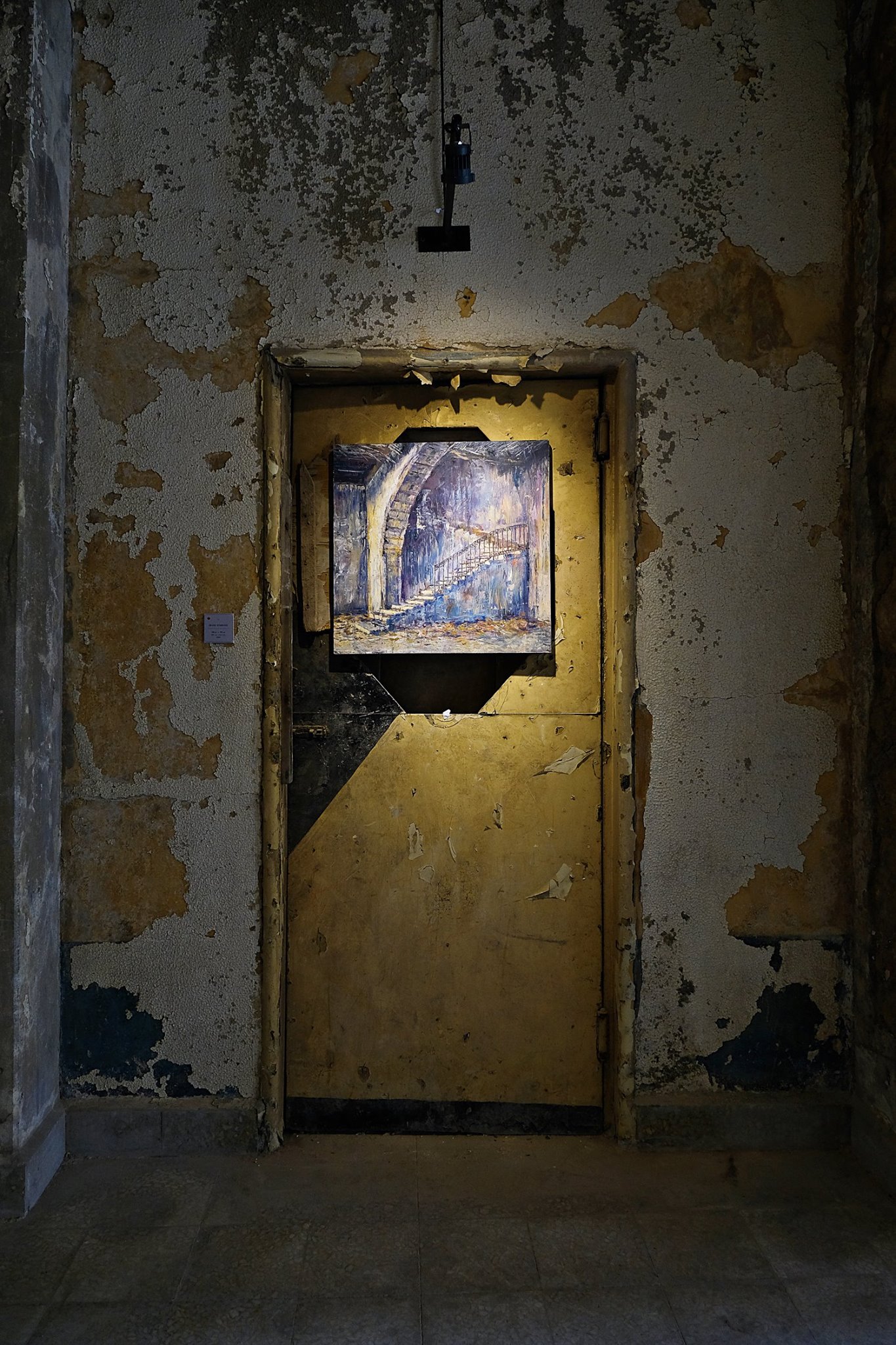 I AM, premiered in Jordan, currently touring the U.S

I AM is not just an art exhibition, it as an homage to the female agent, to the women of the Middle East who actively fight for peace, coexistence and harmony. It premiered in Amman in 2017 before moving to London later the same year, and is currently touring the U.S before closing on the 10th October 2018.

This exhibition is formed of 31 contemporary women artists from 12 countries across the Middle East whose artworks celebrate the richness and diversity of the female experience in the region. The exhibition speaks of women’s abilities to weave new narratives and find creative solutions to modern-day challenges exacerbated by a volatile socio- political landscape.

The displayed pieces evoke the steadfastness and resilience of women, who are often the ones to keep communities afloat during times of instability. This exhibit stands as an eclectic tribute to the dynamism of womanhood, a quality that is too often taken for granted. 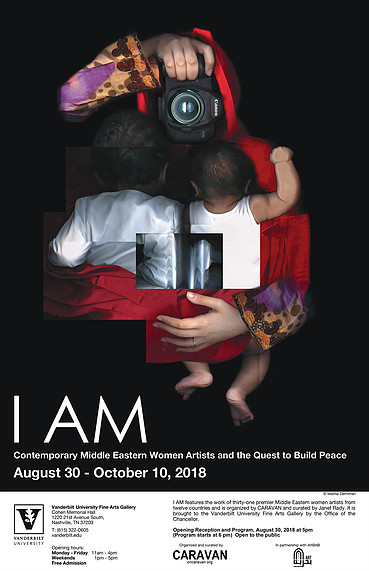 Sourced from On Caravan

Mophradat is a Brussels-based non-profit contemporary art association that seeks to promote the spread of artistic practices and ideas stemming from the Arab World by providing grants, trainings and schemes to emerging artists from the region. Through one such program, the Consortium Commissions, and in collaboration with international art institutions, Mophradat selected six young Arab artists to fully support in their artistic projects. The scheme is now coming into fruition, as Palestinian artist Shadi Habib Allah prepares for the opening of his exhibition at the Hammer Museum in Los Angeles.

This exhibition’s analytical focus is on social disparities and structural violence in Liberty City, Miami, and the ways in which government welfare policies perpetuate rather than alleviate such issues. Shadi Habib Allah tackles this subject through an exploration of the daily politics of corner stores, which for him, encapsulates local manifestations of systemic inequality. Through immersing himself in the daily dynamics of such stores, Habib Allah observed how local welfare policies were disenfranchising already marginalized members of the community by breeding relationships of dependency through a credit-based system of food purchase, which leave people in debt and obliged to exchange food stamps for cash.

The artist seeks to illuminate such issues through the series of sculptures and images he features in the exhibition which reflect the patterns of structural inequality that are rather ironically deeply embedded in the everyday fabric of Liberty City. The exhibition opens on Saturday the 22nd of September and runs until the 20th of January at the Hammer Museum in Los Angeles. 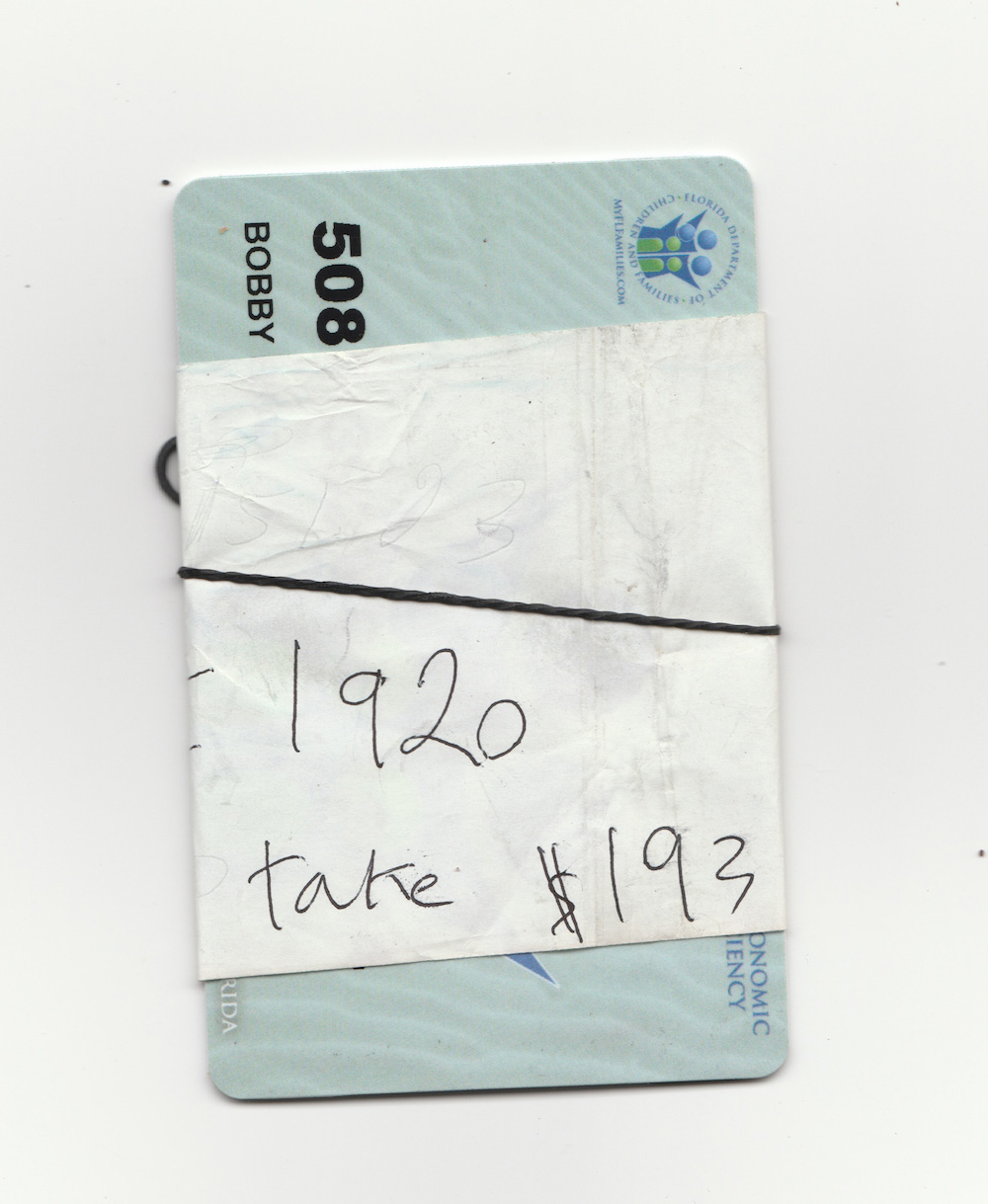 The task of defining ‘home’ in 2018 is certainly not an easy one. It is an inherently subjective term that can refer to anything from a specific location imbued with memories to a feeling, a sensation so deep-rooted within yourself that it acts as a grounding force. Adding to this the process of globalization which has fractured many people’s experiences of being at home, together with the contemporary mass phenomenon of forced migration and displacement, the term becomes even more contentious.

It is for this reason that Gulf Photo Plus made a call to photographers around the world to submit a piece which communicates their personal interpretation of the term. The submissions reflect the multifaceted nature of the term as the photographs on display vary from vignettes of individual items that stay by one’s side throughout life, to a moment of tenderness that is more aptly conveyed by a photograph than by a written definition.

This heart-warming exhibition acts as a visual reminder of the profound subjectivity of everyday structures and of the heterogeneity of the human condition. Artists featured in this exhibition include Anne Ackermann, Noora Moosa and Ashkan Shafaati. It is on display until November 3rd at Gulf Photo Plus in Dubai.

Sourced from Gulf Photo Plus

Past Disquiet, on display at the Sursock Museum in Beirut until the 24th of September, is a fascinating exhibition that explores the dynamic relationship between art and political activism within the framework of global solidarity movements. It tells the stories of artists who have collaborated across borders to produce and disseminate works in support of people’s struggles for liberation, creating transnational networks of solidarity.

It focusses on four historical exhibitions of the late 20th Century: International Art Exhibition for Palestine, Museo Internacional de la Resistencia Salvador Allende, Museo de Arte Latinoamericano Contemporaneo de Managua and Against Apartheid. Each of these exhibitions, or ‘museums in exile’ as curators Kristine Khouri and Rasha Salti call them, are subversive in nature as they do not operate within the structures of power, patronage and wealth that many museums are embedded in but instead disseminate art from the grassgroots, in support for people’s struggles for equality.

Upon entering Past Disquiet, you are faced with an eclectic assemblage of subject matter ranging from newspaper cut-outs, personal anecdotes, film footage, old exhibition posters, photography, children’s drawings, amongst more still. Together these displays weave the stories of militant artists and museological movements who mobilised art to combat injustice, uncovering layers of art history that have been largely neglected and reviving the effervescent relationship between art and activism. 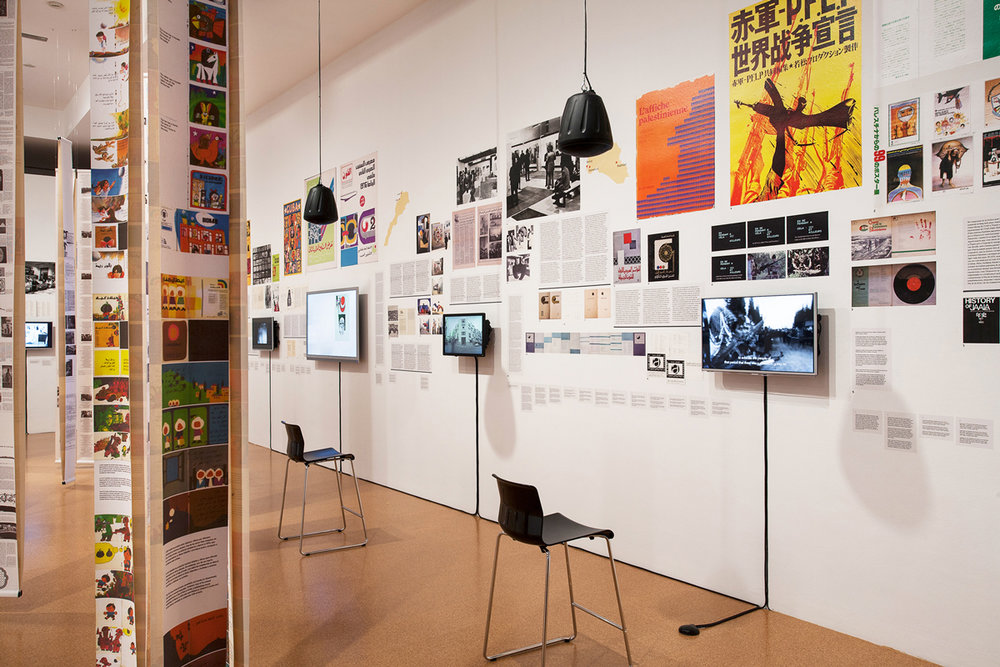