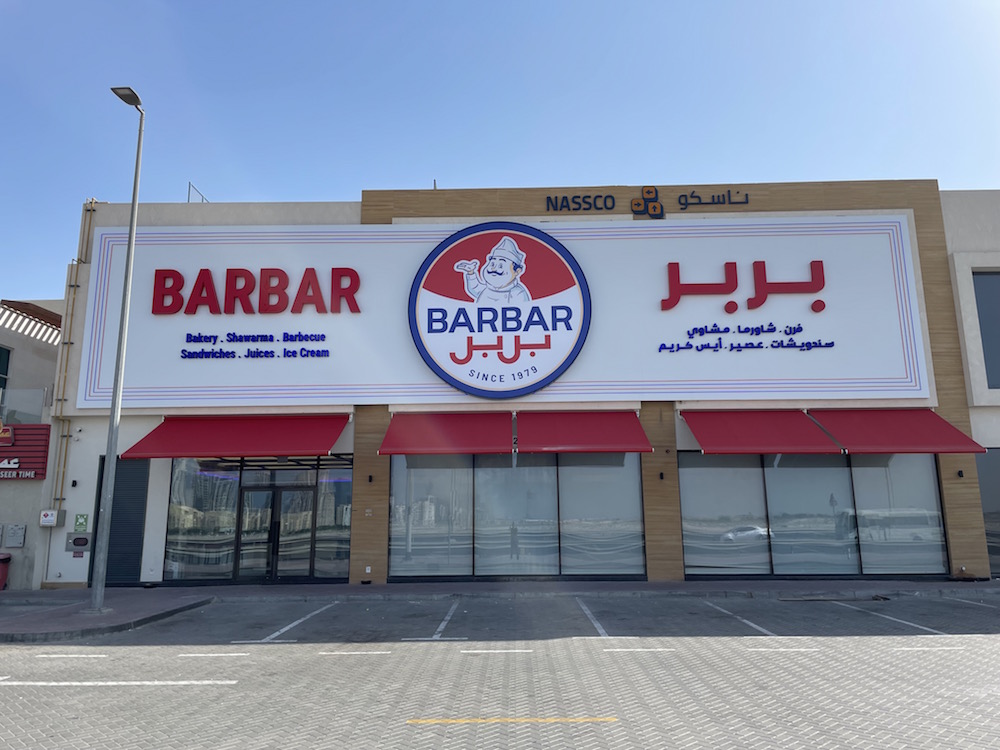 If you’re Lebanese, chances are you’ve heard of Barbar, have eaten at Barbar or have depended on Barbar to bring you back to life after a night of party at Metro Madina. And if you’re not Lebanese but have been to Beirut all the previously mentioned probably works for you. The red-neon sign staple Hamra eatery is now embarking on a new adventure, in partnership with Kitch, “the region’s first hybrid F&B operator” and has opened its doors on Hessa street in Dubai, offering dine-in, take-away and you guessed it, deliveries will follow.

And we’re not going to lie, the news truly came as a (good) surprise. The initially small family business whose history dates back to the late 70’s, the place where you’d get a jebneh-zaatar manoushe, a cocktail fruit juice, a shawarma, or their superstar sandwich the Franciso, is now spreading its wings, ready to satisfy the pickiest of Dubai foodies. Because once you go Barbar, you don’t look back.


The Ghaziri family’s success has been going strong for more than 40 years, going through the most terrible times Lebanon has known and yet remaining open against all storms. It’s this winning spirit that was packed in Barbar’s founder Mohammad Al Ghaziri’s bags, en route to the UAE.
He expressed: “After 40 years of success in Lebanon, this is an incredibly exciting time for Barbar as we expand internationally with Dubai being our first destination. Introducing our authentic street food to Dubai’s foodies is a great first step to expanding further within the Gulf region. Now more than ever, the Lebanese community will cherish the nostalgic flavours from home, while the rest of the city will discover the original taste of Beirut.“

Al Ghaziri is joined on this joyful and ambitious statement by Walid Hajj, Co-founder and CEO of Kitch, who adds: “It is very exciting to introduce Lebanon’s much-loved Barbar to the region. The signature recipes and authentic flavours that made Barbar a household name in Lebanon will be a go-to street food destination in Dubai. Barbar will continue to serve up the same delicious food and amazing service that has kept the crowds coming for more than 40 years. This partnership represents a truly authentic offering of Lebanese hospitality, and we are thrilled to be part of it!”