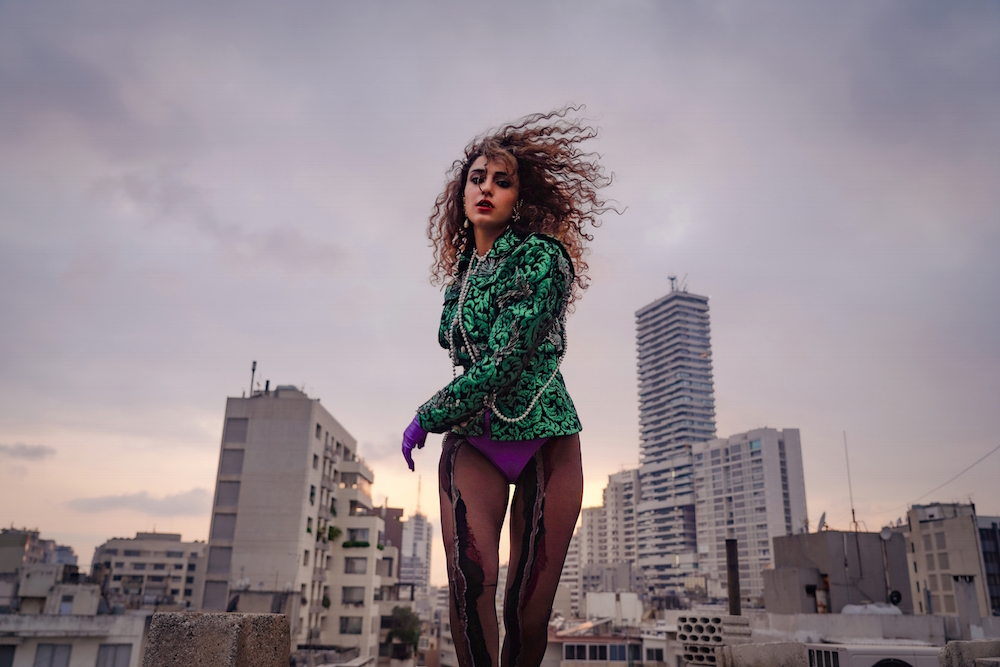 SS.HH.A.N.A tells us about music, Lebanon and her new release, “HOME”

Last Summer, we were dancing on “Worth It”, SS.HH.A.N.A’s hit single in featuring with renown Lebanese-Armenian composer and pianist Guy Manoukian. Today, the Pop sensation comes back with “HOME”, a project dear to her heart that puts words on her complicated relationship with Lebanon and “how much you’re willing to fight and try.” JDEED asks SS.HH.A.N.A. about her background, Lebanon, “HOME” and her future plans.


Hi SS.HH.A.N.A ! You’re a pop sensation who’s getting more and more attention one song at a time. But for those who don’t know you – could you tell us a bit about you and how you started your journey in music?

My discography spans the Pop genre primarily. A year and a half ago, I’ve signed with Whitekid Records and signed a few months later with Warner Music Middle East as my distributor. We’re now all a big family that I’m grateful for.
Since then, I’ve released three singles from my upcoming album “Deeper me” and started my stage debut at the Theater of Dubai – Thank you Guy Manoukian :).
It all started at a school talent show, none of my friends knew I could sing, and I turned out to win the competition. However, I realized that winning was not the sole purpose of what I was doing nor what pushed me to start taking music seriously the minute I stepped on stage.
I was fortunate to have had an artistic background from the day I was a toddler. My parents balanced my upbringing between art and school education equally, ensuring I was familiar with the music culture and building a profound relationship with the performing arts.
My journey as an artist was risky and challenging but I could not let these obstacles block my way from pursuing my career. The only way I could escape the state of my crumbling country to something that resembled hope was to sing, and this is where I started posting lots of covers. A few months later, I signed as an official label artist.
I then traveled to Dubai for three months and then to Paris.
I also volunteered for two years at the Lebanese Red Cross, which built me up more vigorously and made me more aware and overall a better person; I’ve grown up so much since.

Have you had a lot of different musical inspirations growing up?

I did, yes. I feel like I get inspired by artists, whether old school or new, and my life experiences. One of the main things I love about my career; there are no limits to music. You do not have to like one genre or feel like you should fit in a particular genre, and there are no rules. It all started with these big legends: Michael Jackson, Alicia keys, etc. I love how I can variate and shift the next day into something completely different like EDM, disco, and funk. It is truly infinite, a never-ending discovery.

What is it like being a creative in Beirut today? How inspiring and challenging is it?

Being creative is both inspiring and challenging but also heartbreaking. « HOME » has been a way of expressing how I feel as an artist out of Lebanon.
What has been most challenging is fighting Lebanon’s negative currents—resisting the negativity and not letting the country’s situation drain you. (economic crisis, pollution, gas crisis…). But when you try to find positivity and light, you end up finding it and seeing what a beautiful country we have. You start seeing all the significant aspects of it, and despite all the problems, it’s the only place I can truly call home.
It’s about how much you’re willing to fight and try because the more you give, the more you’ll get, no matter where you are or the circumstances.

Your new song HOME is coming out today – Tell us all about it!

« HOME » talks about my complicated relationship with Lebanon and all it represents in its wrongs and its tremendous culmination of positive energy that allows me to strive for more.
It talks about wanting to live in the wrong place at the wrong time and not feeling bad about it cause you’re so used to it. Home is home!
As an international artist who wants to pursue her dreams, I know that the world has so much to offer me that my country can’t at the moment. So the song speaks to the fact that I never feel complete no matter where I decide to move and go on with my life but also knowing that I can’t stay if I want to aim for higher skies.

The photographic story that accompanies this song has an important significance. The entire team insisted that we try to combine a social commentary and make it visually appealing. It was our opportunity to speak up in our way. The label thought that no one better than Francesca Matta could translate what we wanted to convey through her particular photographic style.
“Growing up in Beirut means growing up in an unlikely environment. However, we have been used to seeing things this way for so long that it doesn’t condition us anymore. Through this project, we wanted to reflect on what we’ve become, despite our own will. Yet, we wouldn’t change anything. Wherever we are, a part of us still feels at home every time we take a sip of coffee, smell a gardenia, hear a honk, see a pile of unsorted garbage, or listen to our grandmother’s voice. This is home, Beirut. Our biggest heartbreak yet our greatest love story.” – Francesca Matta (Photographer)

Will you be performing soon?

We are planning big things coming closer towards the end of this year. We aim to deliver a complete and unobstructed concert experience for the fans. Beyond excited!!!

Currently deciding on my next singles, finishing my album, side projects, and, well, a lot of ideas that are cooking up. I guess there’s always something new over the horizon. I aim for more and to grab any opportunity that is right for me… gotta keep pushin’!