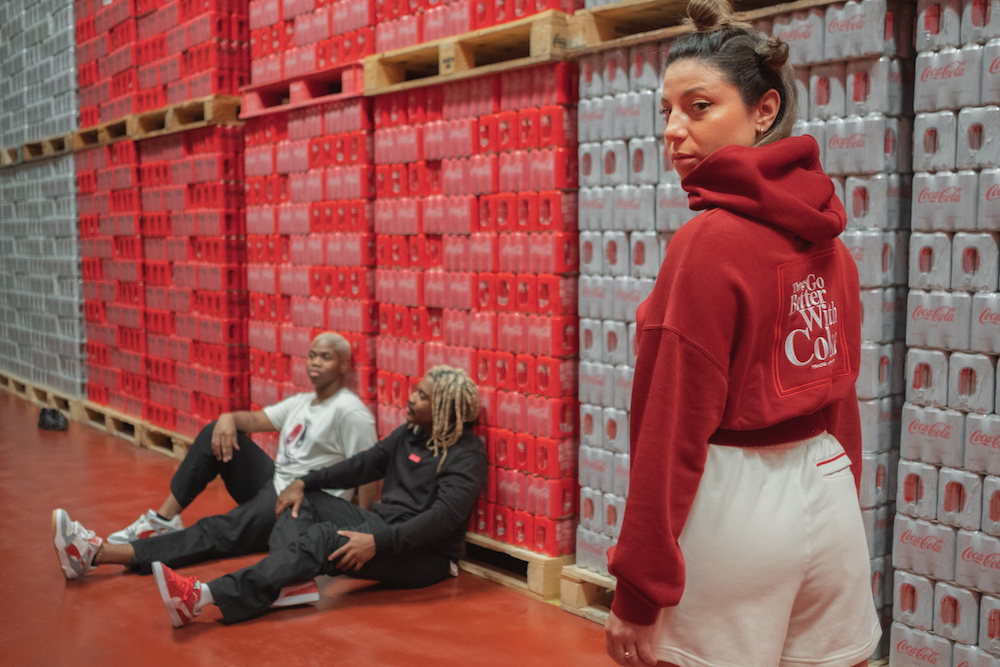 
PUMA and Coca-Cola® came together to propose a coolab, representative of both brands’ DNAs.
The collections includes footwear and apparel, among which the classic PUMA silhouettes and the recently released “Slipstream” sneaker, here reinvented with new elevated details, displaying a vintage color palette.

The footwear is elevated with some special touches, such as “co-branded woven labels, molded hang tags, and exclusive packaging that includes special laces and wrapping.”


In this first drop you’ll find co-branded must haves; think hoodies, shorts, cool t-shirts, polos… And to finish your look, you’ll be able to cope the “Slipstream” sneaker “a court classic that brings ‘80s basketball to the modern-day“, here revisited with new details.

As per Drop two happening later this year, hold your breath as it will include “several new apparel styles, plus an expanded selection of footwear (…)”. Too curious to wait? Ok, we’ll give you some info: the second release will include not one, but two pimped takes on the “Rider FV” sneaker, which is the sport brand’s first jogging shoe but also the now iconic “Suede”, reinterpreted with Coca-Cola’s inimitable branding. The “Wilo” slide will also be one of the party guest.

The local PUMA x Coca-Cola campaign takes you to the Coca-Cola factory in Al Ain, UAE, featuring a group of local talent, “including a rising artist, a DJ, and a budding journalist.” Ceiling-high containers filled with the beverage served as some of the shot backdrops while the rest of the factory became the photographer’s playground.


Drop one of the PUMA x Coca-Cola 2022 collaboration is available since August 11, 2022 on PUMA.com and select retailers. Drop two will be released later in 2022, be sure to follow @PUMAME and @Cocacolame to learn more.