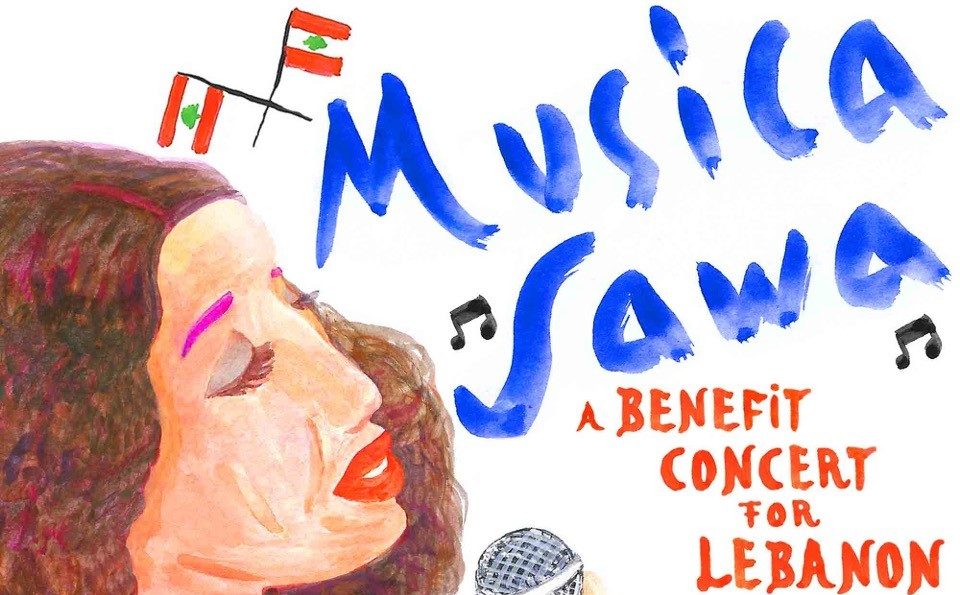 While problems have been escalating quite vigorously in Lebanon on all fronts, various families and individuals find themselves in need of help and support, struggling in their daily lives – now more than ever.

As part of a great initiative, this benefit concert regroups a number of performing artists in an effort to raise funds for help. Here is everything you need to know about the donations, lineup, and this season of Musica Sawa. 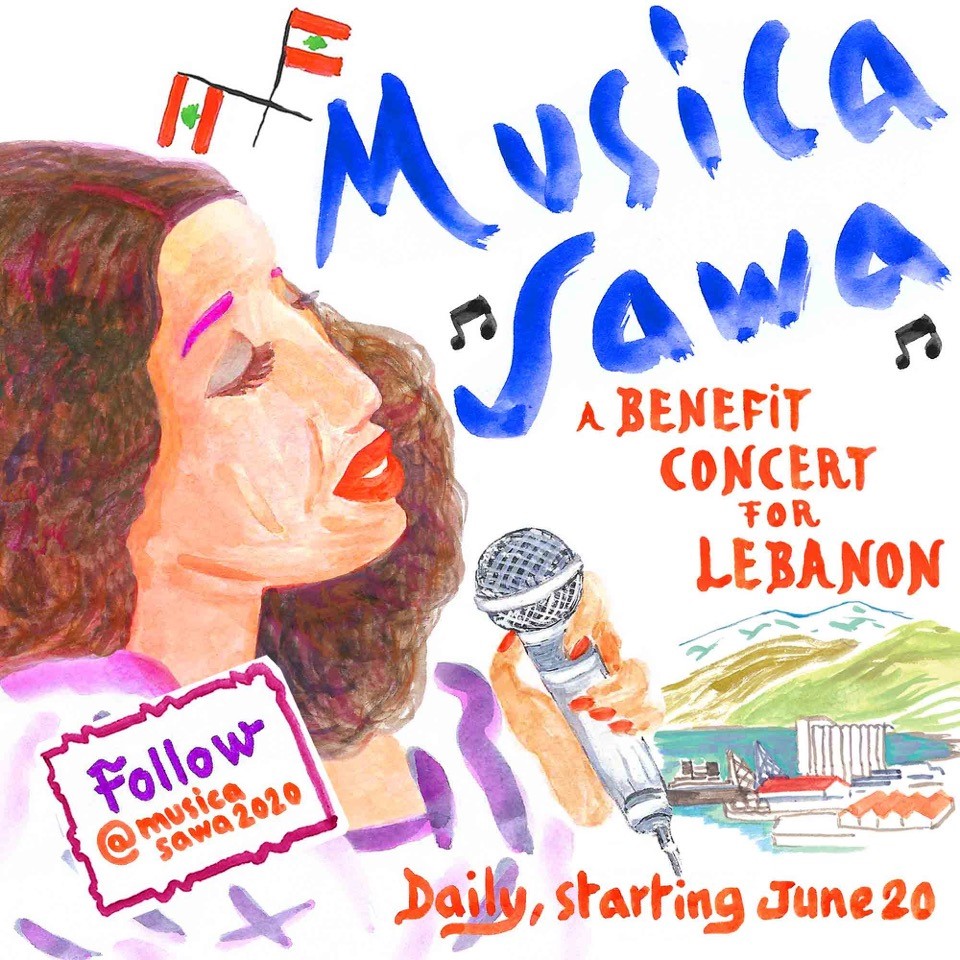 WHAT IS “MUSICA SAWA”?

Musica Sawa is a benefit concert project which aims to support education and fight hunger in Lebanon, specifically during these hard times the country is going through. This virtual online stage will present exclusive performances from various artists daily, starting June 20. All performances of the 34 Lebanese artists involved are gradually made available online @musicasawa2020 on Instagram and Facebook. Most of them have been shot during lockdown and submitted for use since then. Starting on the 20th of June all the way to the 22nd of July, one performance is posted every night on Musica Sawa’s media platforms as well as their YouTube channel. Attached to this project is its main goal: a donation platform open as the concert is happening and all throughout the end of the month, in support of two NGOs. Performances will still be available, too. The festival is free and open to all viewers globally through social networks.

HOW DID IT START?

Lebanon is at one of the worst stage it’s ever been. People are struggling to eat, and even live. Inflation in prices has led to thousands being in the incapacity to purchase, and the devaluation of the national currency has left many with less than one can imagine. Approximately half of its population finds themselves below the poverty line, whether it be due to the unemployment rate, the Covid-19 pandemic, or the economic despair. As the lockdown eased, the repercussions of all of that are more visible than ever and the scope of the humanitarian disaster in the country is ineffable. This called for an act of solidarity: independent Lebanese artists were invited by a group of Parisian and Beirut-based volunteers to contribute in this virtual festival and motivate viewers to donate and help, under the shield of Musica Sawa, “music together”. 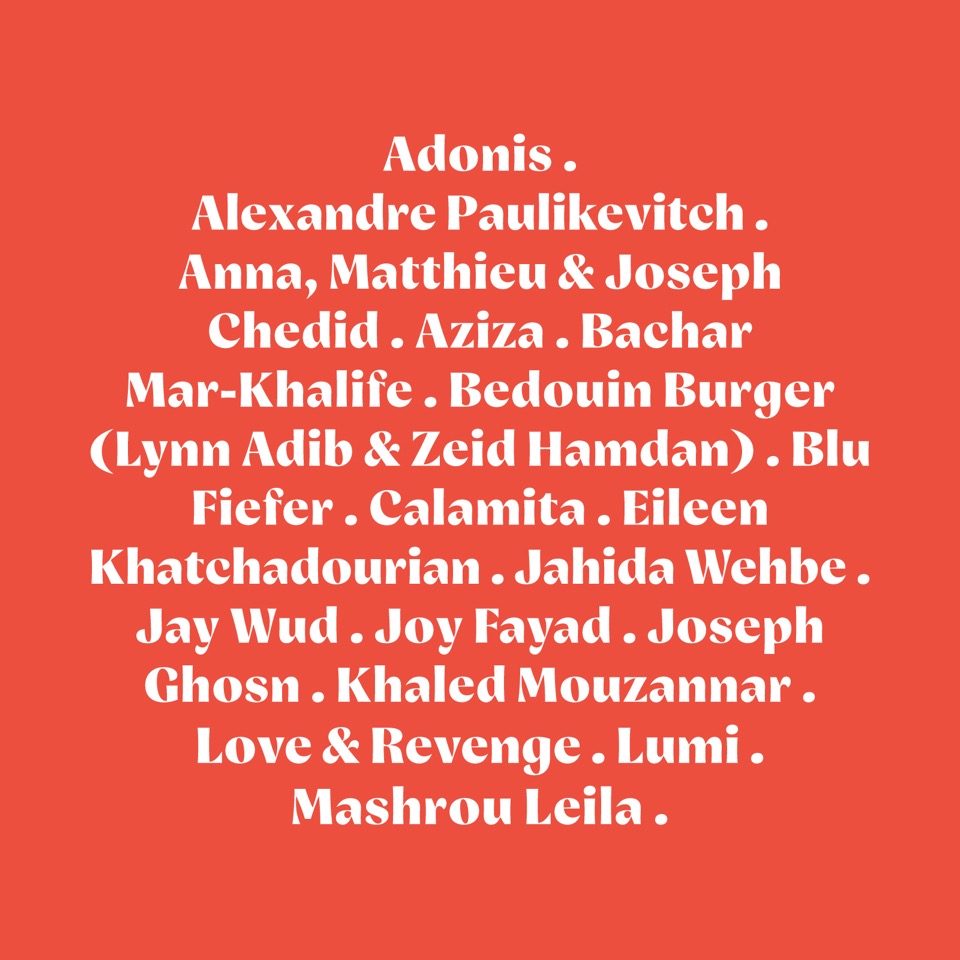 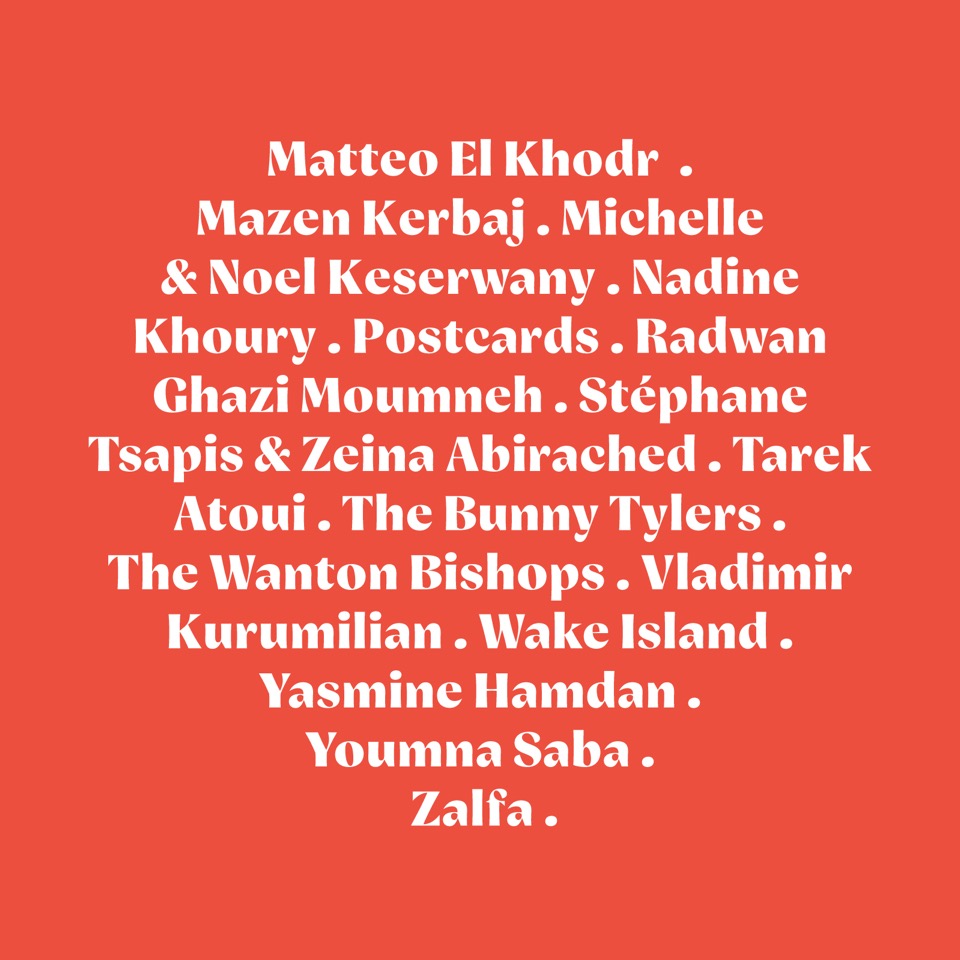 WHO WILL YOU BE HELPING BY CONTRIBUTING?

The two NGOs in question are Beit el Baraka and the school of St Vincent de Paul. They both have the utmost role in fields of importance: fight against hunger and education in Lebanon. Now more than ever, these are domains that need constant support to rehabilitate the country’s necessities. These two NGOs were chosen for their renown willingness to help, commitment and transparency of their operations.

“Beit el Baraka’s mission is to provide food aid to thousands and particularly those in retirement, a community that is facing unprecedented uncertainty due to Lebanon’s increased cost of living. In addition to offering access to a free supermarket, Beit El Baraka distributes food boxes all around Lebanon with the help of a network of 95 associations. They also engage in housing restoration and leverage three agricultural lands to guarantee autonomous food supply to many families. The funds raised by Musica Sawa will be used to cover the expenses of the food distribution network and to help fund the agricultural projects.

The school of Saint-Vincent de Paul has for 160 years taken charge of more than 550 underprivileged children, of all backgrounds, and provided them with access to education from kindergarten to middle school. In the current social and economic climate, the school is deprived of 75% of its usual contributions as well as of governmental assistance, which has been absent for the past five years. The funds raised by Musica Sawa will cover part of the tuition fees (they amount to $ 750 000 per year), and will enable other targeted investments, mainly in computer science hardware needs. Donations are key and discretionary in order to support Lebanon.”

HOW DOES IT WORK?

The viewers have access to the various performances all throughout, along with the donation platform. The funds will be received by a French nonprofit association registered in Nanterre under the law 1901, Amitiés Neuilly Liban. For the past ten years and more, this association has made it its mission to promote Lebanese culture and the help of humanitarian projects. Through them, all proceeds will be safely transferred to Beit el Baraka and St Vincent de Paul. Access the donation link here.

“This program is in support of education and the fight of hunger in Lebanon. We feel that music is a form of art that gathers and unites. We, the Musica Sawa team, are extremely touched by the artists’ contributions. All of them gifted us amazing performances that come from the heart. They give us goosebumps, hope and most of all, remind us of kindness and love (…) We the hope that this initiative becomes a virtual stage for Lebanese talents, a space for awareness of the arts and music being made in Lebanon, and by Lebanese abroad.  Most and foremost, a platform to help NGOs in desperate need of funding by calling the Lebanese diaspora to donate through a safe and transparent donation platform.” – Jana Saleh, founder.