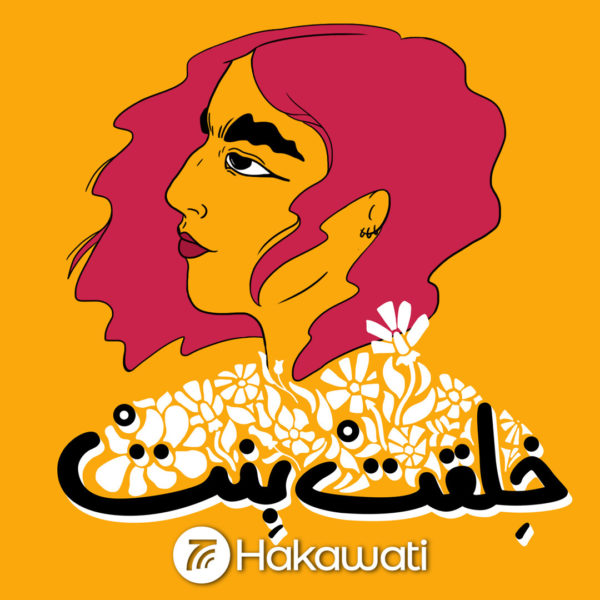 Mona Saliba knows the media industry inside out: a senior reporter, news anchor and a talk show host on MTV Lebanon, Mona and producer Mohamad Dankar joined Hakawati’s “Khilqit Binit” team in 2020. The podcast series provides a platform for exceptional women across the MENA region to speak about their exceptional stories.


In a region that often silences powerful voices, “Khilqit Binit” breaks boundaries and digs deeper than, probably, anything of its kind before. An incredible woman herself, Saliba was one of the most eminent war reporters to cover the 2006 Israeli War. She also reported from the front lines during clashes between the Lebanese military and radical Islamists factions in 2007 and didn’t shy away the following year when Hezbollah took control of a part of Beirut. Today, JDEED speaks with Saliba to better understand what ‘Khilqit Binit‘ is all about, what its goals are and the role of podcast culture in the Middle East. Meet Mona.

Hello Mona ! Can you tell us about Khilqit Binit and how did this idea come to life ?

The founding members of Hakawati (the podcast network that produces the show) were the ones who came up with the concept. The idea was to create a show that spotlights success stories of Arab women in the Middle East. I hosted the second season which focuses on women from the GCC region.
One of the original producers came up with the title of the show. The phrase “Khilqit Binit” was used to express or evoke something negative, because in the old days a newborn girl would be considered a burden. They wanted to reverse that idea by attaching a more positive note to the phrase.

Why is it important to you to tell the stories of these successful and inspiring Arab women ?

I have listened to the stories of these amazing women. These are women who succeeded despite the odds and the stereotypes. They are warriors who fought social injustice, cultural divides, gender inequalities, and economic hardships. They have overcome so much and they won, only because they believed. Their stories are inspiring. Their struggles are fought with so much determination, pain and passion. These ladies decided to break the traditional role of women in our conservative societies. Their stories are worth telling; they vibrate the airwaves.


Has there been a story that marked you more than another?

Believe me when I say they are all special. Each had a story with a different message, an important societal issue that can’t be ignored in our society today- from the struggling housewife who braved the workplace, asserted herself and made it, to the aspiring athlete who worked hard and competed in international competitions winning (gold/silver/bronze). I enjoyed listening to these “wins/successes” with a mix of pride, joy, and empathy.

What has been the response to the podcast and did you expect it ?

Listenership of season 2 far exceeded our expectations, and we’ve gotten hundreds of private messages on social media, as well as comments on the various podcast platforms praising the show. Of course some listeners felt the topics and guests were too progressive, but that’s normal in our region and is to be expected.


How do you decide who to feature and what is the special something you look for in your interviewees ?

The executive producer, Mohamad Dankar, did most of the research. Every Wednesday we’d meet up and look at a presentation he had made with profiles of extraordinary women from the GCC.
Our main focus was women who pushed to change their surroundings, women who fought for equality, justice, freedom of speech, empowerment, health, self-healing and other topics that you wouldn’t normally consider when discussing the GCC region. There were many remarkable stories that caught my attention. It’s fascinating how perseverance changed some of these women and how passion and initiative pushed them to achieve things beyond the scope of what was considered possible, and in doing so were able to influence an entire generation of up and comers. Every episode we did tackled an astonishing story of dedication and hard work.


“They are warriors who fought social injustice, cultural divides, gender inequalities, and economic hardships. They have overcome so much and they won, only because they believed.”


Who is your target audience ?

Season 2’s target audience is young women, and men, based in the GCC region. Aged 18-34, they’re looking to be inspired by the amazing stories that we featured in the podcast. Our audience is generally open-minded and progressive, and through our show we’ve discovered that to be the norm, not the exception.

Are there specific themes that you wish to explore in the future, perhaps something close to your heart or something you believe needs to be heard ?

The objective of the podcast is to provide a platform for Arab women to express themselves. If you have a story to tell, I am here to listen. It is our aim to encourage and empower young Arab women by profiling and documenting their success stories. There are young women out there with so much potential, but they need Arab role models to look up to, and encourage them to pursue their dreams without fears of societal stigmas.

What do you believe is the role of podcasts today in a region like the MENA and why is it more important than ever to connect in different ways during the complicated times we’re going through?

Podcasts provide the perfect format to counter-balance an online world that is oversaturated with so-called influencers and vacuous content. They can be both educational and entertaining, allowing listeners to delve deep into all kinds of subjects. The MENA region’s youth are hungry for Arabic content that is rich with information and cultural relevance.

What are the ultimate goals of Khilqit Binit and what do you hope to achieve through it ?

We hope that the show continues to grow, and to find new stories as well as alternative ways of telling them. We are going to do something very different in season 3 and really look forward to sharing it with our audience.

Khilqit Binit is available on all major platforms: