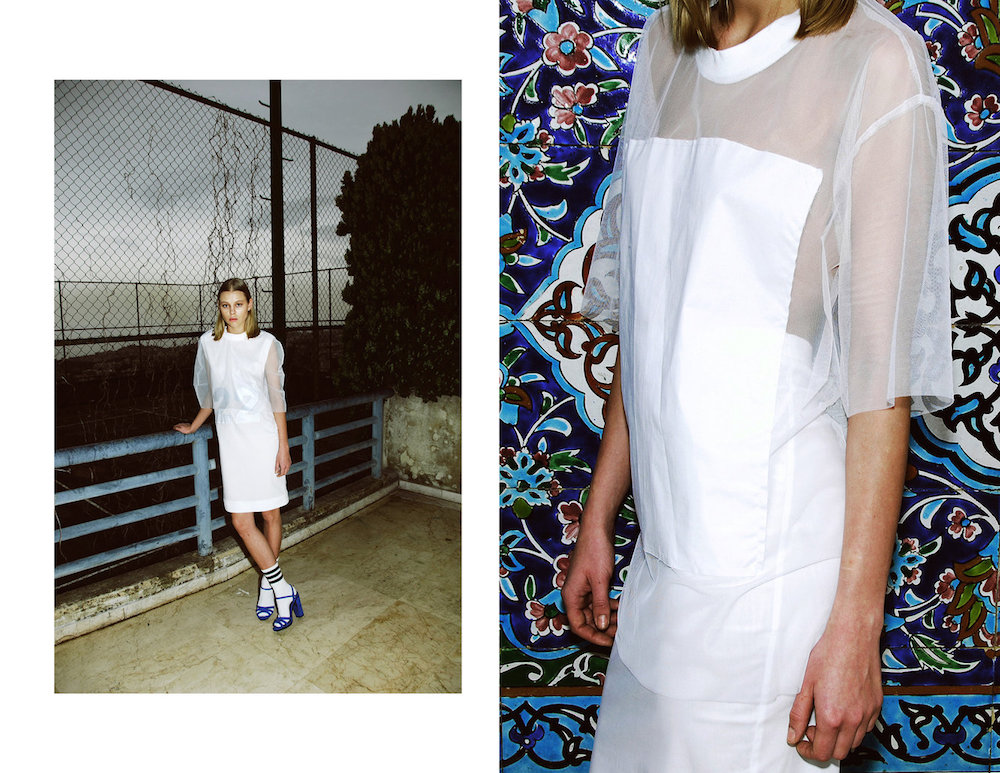 We met with Joe Arida- founder, Creative and Artistic Director of his own label, La Terre Est Folle- in his Beirut workspace. Energetic yet really calm at the same time, Joe talks with passion, living a totally Carpe-Diem existence. Focusing on the present and taking no bet on tomorrow, that’s probably the exact reason why La Terre Est Folle manages to catch the Zeitgeist so brilliantly. 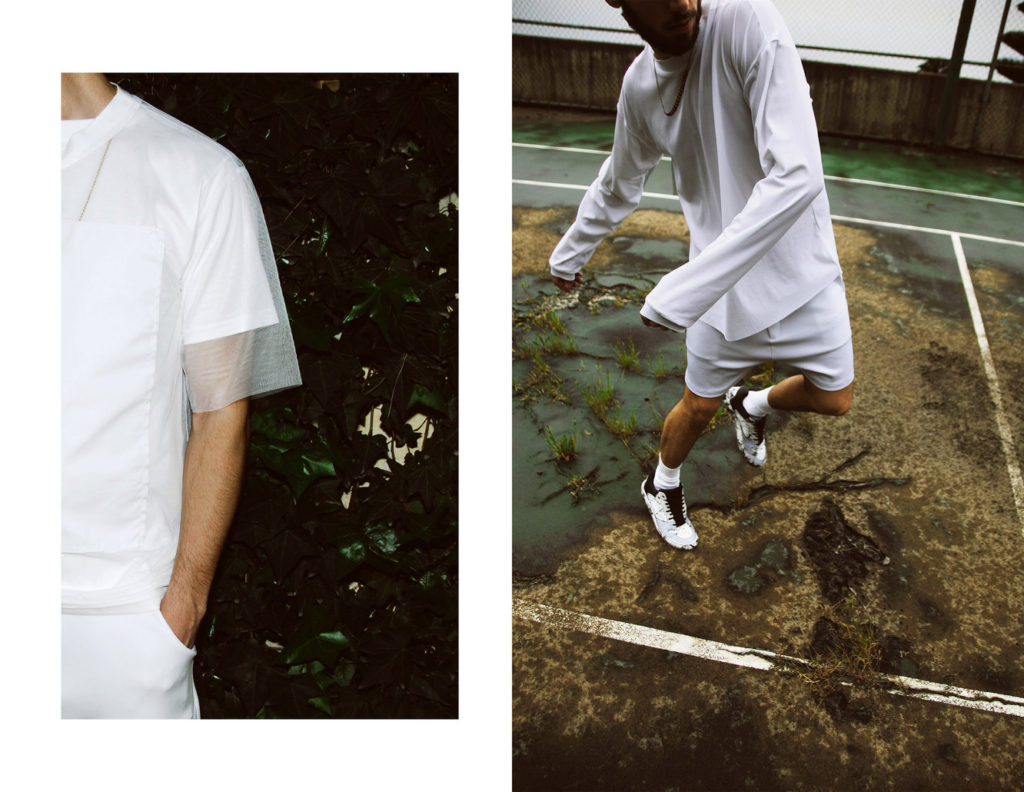 Hi Joe, thank you for having us. Can you explain us a little bit about La Terre Est Folle? How did you come up with the concept?

I’m going to start from the beginning. I was working in advertising and copy writing. Eventually I ended up working as an assistant set designer and we were fabricating these set pieces, furniture and accessories that we would throw away afterwards. That was very frustrating to me because they were nice pieces but made in cheap materials that could have been easily upgraded, sold and found their places in houses. I then started to meet the artisans who work wood, metal and these sort of things and I started making furniture. The first series I made included cushions. The fabric I used for these cushions intrigued me, I started wondering what it would look like on a t-shirt. So I made it and I started getting a few orders for this t-shirt and that’s it, I was contacted by STARCH foundation (a non-profit organization that helps launch Lebanese emerging designers).

I had to find a name for my brand and thought of what inspires me the most. The visual language of the different cultures and cultures in general, sub-cultures, just the way that people express themselves…the variety, the diversity of nature and the world itself whether it’s people, things that have happened that can be very horrible but very inspiring like the state of Post-War Beirut. I really enjoy those contrasts.

I felt like the world really is a mad place, so rich, so inspiring. And travel is the most enriching thing anyone can do in their life and I wanted to be that brand that collects all these little things from different places and translate them into beautiful things whether it’s for your wardrobe or your home. I had a list of names for the brand in mind and I was sitting with a really good friend of mine, reading those names to him while we were watching TV. We saw something nature-related that was so beautiful and I remember saying “la terre est folle” and my friend told me “that’s your name!’ and I thought it was ridiculous, too long, in French…and I kept reading the other names and he kept telling me I was an idiot. He insisted so much that it grew on me and I started thinking that people would maybe get intrigued by the meaning of the word in French.

Did you study in Lebanon?

Yes, I studied Marketing in Lebanon. I actually had a very tumultuous young adulthood. I went to 5 different schools, got kicked out of 4 of them, I went to LAU (Lebanese American University) because my parents wouldn’t let me live alone abroad at the time even though I was accepted in Parsons Paris. They thought it was going to be dangerous considering the total delinquent I was… 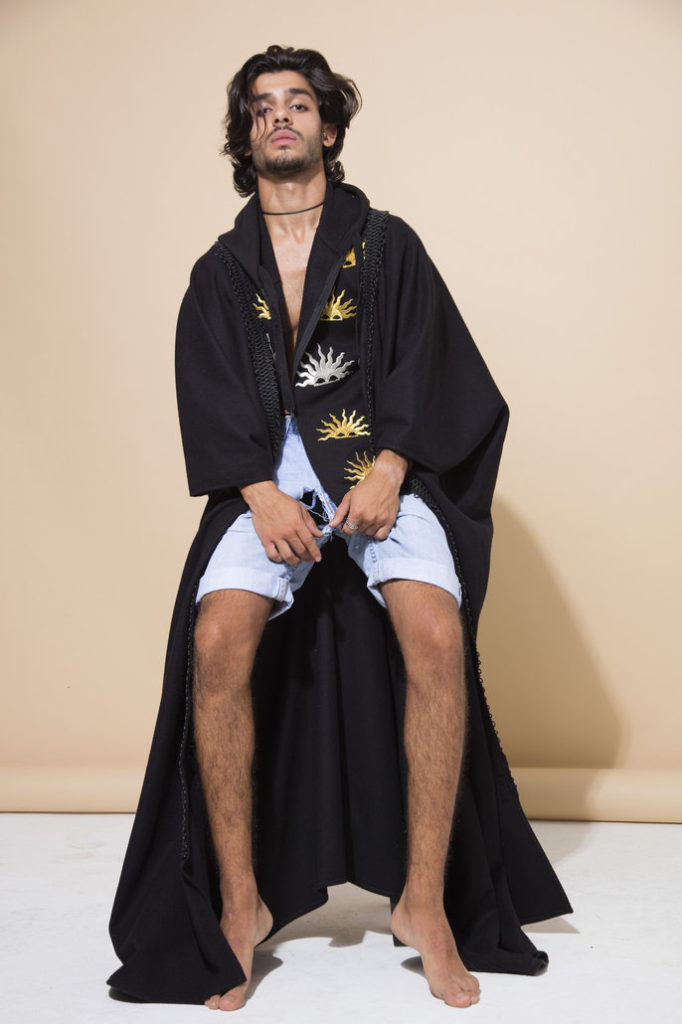 Is that on or off record?

Yeah yeah on record, it’s fine. So I went to LAU. I hated it, truly hated it. I kept doing everything that I liked on the side-history of art, painting, being an assistant stylist, assistant art director-… I tried my best to keep my creative side alive that was dying at LAU. Then one year I decided to transfer to a school in London where I studied History of Art and psychology of Mass Media which is more related to communications. I came back here, had one year left and I swore I would never study again, no business or accounting or maths or anything like that again. So I studied design and art on the side, it wasn’t my main major.

You’re now part of the new creative scene in Beirut. How would you describe this scene and your role within this community of upcoming designers?

Whereas the creative scene I find is so precious and valuable and it’s not only the country itself but the whole region and I think that it’s mainly nurtured by independent, not by the government. I feel like that there are a lot of people who are invested independently in these young talents because it has proven to be a lucrative industry and our taste and work has proven to be-not commercial- but sellable and kind of international. The way I see it, we stand at an intersection between East and West. Even the way people are brought up here is for me the best of everything: the Western world and the Eastern world, Oriental etc… and I feel like this is very much represented in our products and why they are so easy to sell whether you’re going East or West.

People like STARCH and Tala Hajjar specifically who goes out there and picks these kids from wherever she can find them and encourages them and all these other people like Cherine Maghrabi from House of Today, just to name two, because they are a lot, Rabih Kayrouz of course, that are very much invested in supporting it the local talents which is unexpected giving the state of the country. 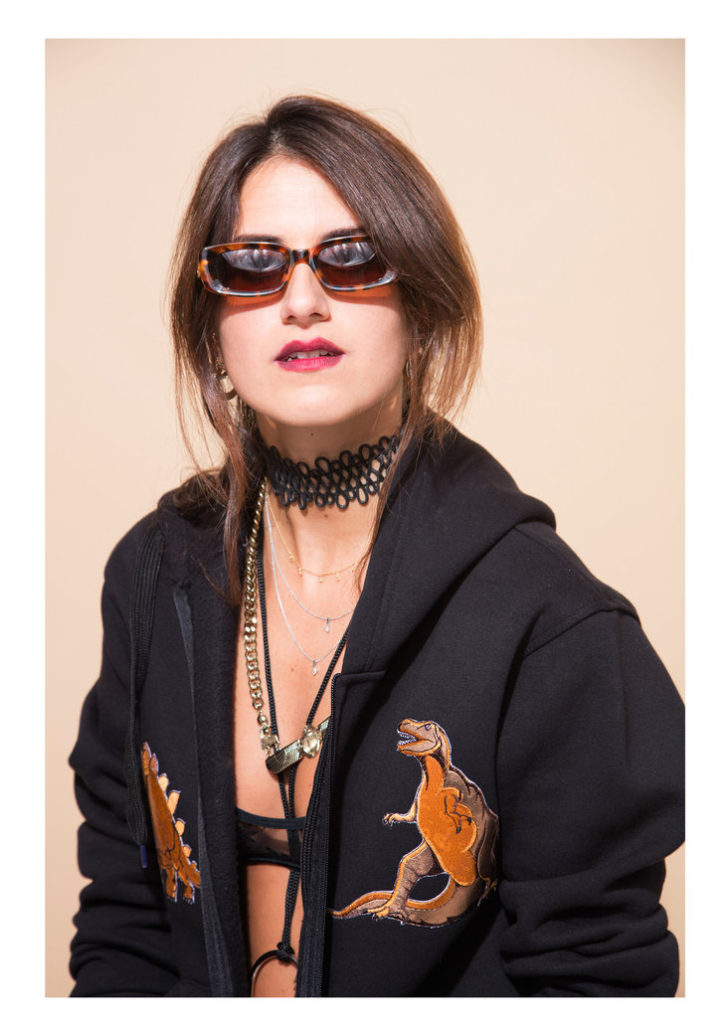 You’re doing furniture and clothes for now but you said you have no idea what tomorrow is going to be like. Could we expect you to do something totally different?

I’ve actually done some artworks, which is the first thing I was doing as a kid, I would go to these paintings contests… the last piece of work I produced was for Aïshti. I also did a lightbox installation for the gallery Minus 1. Whoever will have me, I’m willing to produce for and if I were to move away from what I’m doing, I would love, and have actually always dreamed of doing that – I hope I’ll do it one day – I would love to write and direct, and maybe even act in a movie. 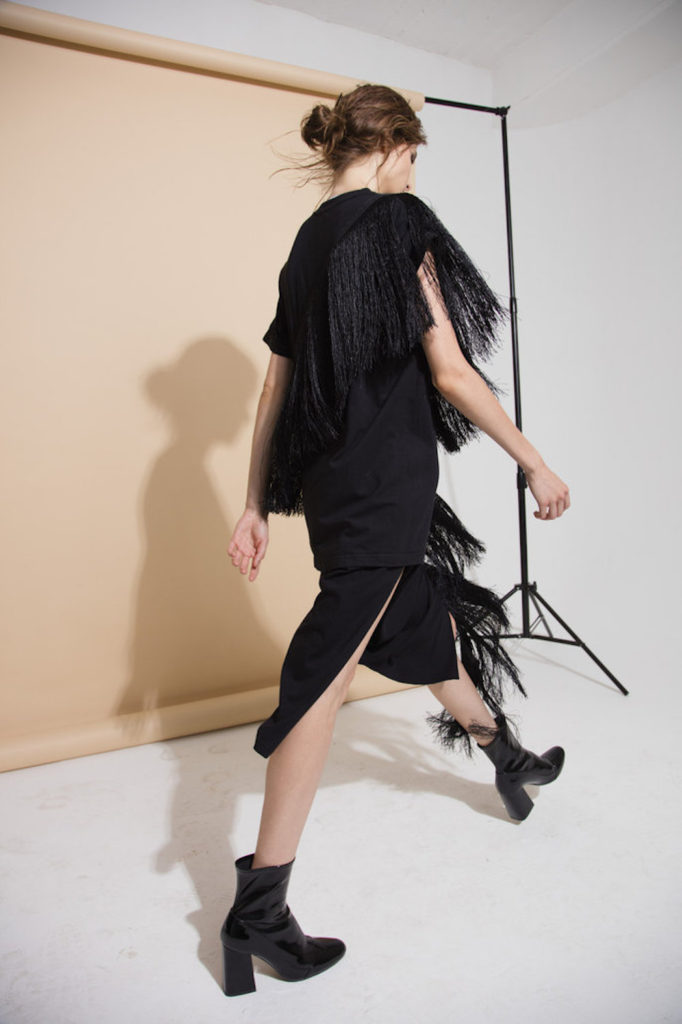 Lastly, what could we wish for La Terre Est Folle, what are your ambitions and goals for your brand?

I have no idea. We have a lot of stuff coming up, we have a collaboration with 605 that we’re working on and will be available this summer. We have a lot of projects that are in the making but where am I going with this? I don’t know. I actually think I don’t want to know. That’s how I started, how I’ve been evolving and I get a lot of pressure, I should invest in a shop, I should launch an online shop…but I don’t want to. I just want to take it slowly and watch it grow steadily. I don’t want to sell part of it to anyone, I don’t want to belong to someone, I’m completely self-financed from my free-lance work – I still work as a stylist and creative director. When La Terre Est Folle is not subsisting on its own, there are lots of project that we do that come into making it survive and it’s at a point now where it is surviving on its own which I didn’t expect.

I don’t think you should change a formula when it’s –sort of- working so I don’t want to have that 5 years goal or plan, I just want to see where it will go and also, Beirut is kind of small so you get a lot of people who get in touch with you asking you to work with them. Some stuff falls from the sky randomly that you never expected and I actually wouldn’t mind taking a little vacation. 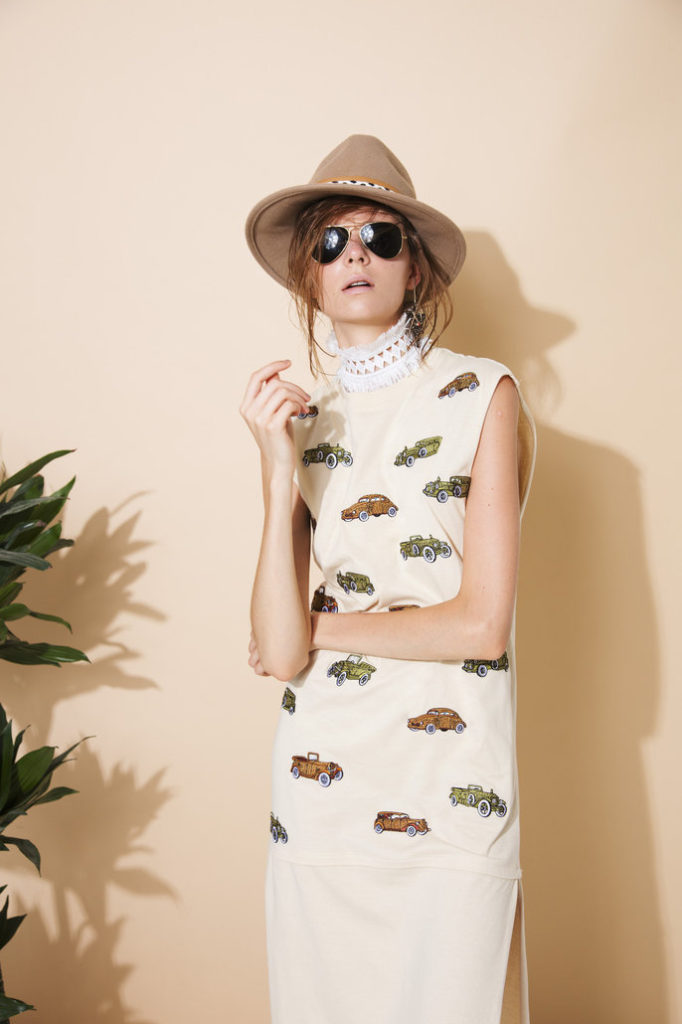 Actually this is my last question: Do you see yourself staying in Beirut or would you want to go somewhere else?

I’ve always fantasized about leaving Beirut and I always hated Beirut and I have come to adore living here and I have come to love it unconditionally and find it terribly inspiring and touching and terribly rich and having my friends and family here you know, I want to see them all the time. So for these reasons I don’t want to leave and live a lonely life far away, I want to be with the people I love. Not that I enjoy not having electricity sometimes but I just love the love. There is such warmth, the weather is beautiful all the time. I love it, it’s so easy, everywhere you go people know you, you know the people. You might as well be somewhere where you can fully enjoy yourself. That said, I would love to have one foot abroad and I always use Nayla Audi from Oslo (a famous Beirut Ice-cream parlor)  as an example, who’s managed to create a market for herself in the US, specifically in California, which is my dream destination and my dream place to live. Maybe one day I’ll have a house there and go back and forth but I’m unsure I’ll ever abandon Beirut. 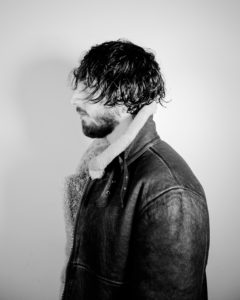 Joe Arida mentioned how thankful he is that platforms like JDEED exist to showcase the young generation in a peculiar region that keeps on surprising us everyday.