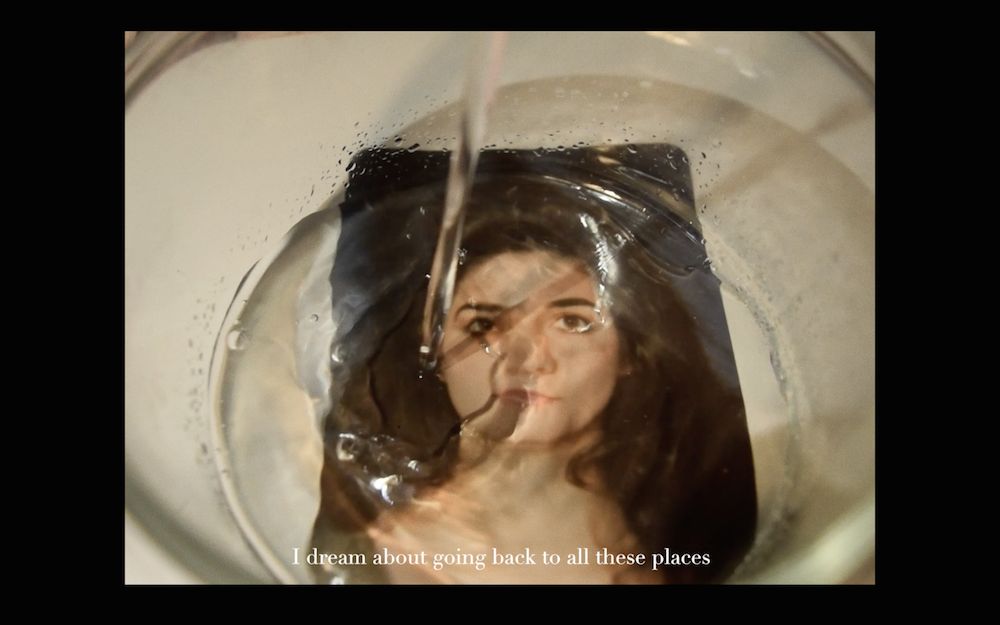 
Back for its second year, the Independent Iraqi Film Festival—running from October 1-7— features 15 exclusive films by Iraqi directors, completely free with English subtitles. Highlighting the diversity and resiliency of Iraq, with a specific focus on marginalized Iraqi voices, IIFF will be available worldwide and hopes to showcase the breadth of Iraq’s culture.
Volunteer-run by a small team of Iraqi women, the Festival includes three Q&As with prominent and established voices in the Iraqi film industry: Michael Rakowitz, Zahraa Ghandour, and Mohammed Khalid.
The festival opens with Khalid Alzhraou’s Tonight, Next Week (2009), a classic that takes Iraq’s film industry as its subject. At its peak, Iraq had more than 80 cinemas and produced over 100 feature films, and the film questions survival and the culture of cinema. Focusing on Iraq’s marginalized voices, the festival also includes the rarely-screened documentary Balanja (2015) by Ali Raheem that amplifies Kurdish voices. In addition, IIFF screens Iraqi Women: Voices From Exile (1994) by Iraqi auteur Maysoon Pachachi, a film that brings the voices of Iraqi women to the forefront of political struggle.

IIFF additionally programmed three shorts strands, highlighting the most exciting emerging filmmakers from Iraq and its diaspora.
Diasporic Voices: Iraq From a Distance features four films from Iraqis in the Western Diaspora, including Return (2014) by Michael Rakowitz, in addition to work by Ja’far Abd Alhamid, Noor Gaith, and Saif Alsaegh.
Home Videos: Experimenting with the Archive features films by Kurdish artist Sherko Abbas, Shamiran Istifan, and Ali Kamel.
Finally, On The Ground: Stories From Inside Iraq platforms emerging voices from inside Iraq, centering guerilla filmmaking techniques by Mounir Salah, Alia Hassan, Heba Bassem, and Karrar Al Azzawi that shows Iraq as it exists today, with raw and vital force.

Take us back to the beginning of IIFF—what were the driving factors behind its start?

SD: IIFF started off as a passion project. As creatives that work within the film industry, we wanted to see films that reflect us and our identity. Iraqi cinema is generally underrepresented on the international circuit, and what we aim to do is to provide a platform dedicated to showcasing Iraqi films. We also want to encourage young talents and emerging filmmakers to express themselves through film and moving image, and ensure that their work reaches wider audiences worldwide.
We received overwhelming support after the launch of the festival last year, which made us even more determined to solidify this space for Iraqi cinema.

What’s new this year for IIFF? What audience are you hoping to reach?

SD: We received an incredible amount of submissions this year and more films that reflect the diversity of Iraqi culture, from different regions within and outside of Iraq. We continue to strive to spotlight Iraqi cinema from experimental shorts, to documentary, to feature-length narratives that cater to all audiences who seek to explore independent Iraqi films that are far from the mainstream standard.
This year, we are introducing industry talks that may be of interest to both filmmakers and the general public. Talks are a great learning tool to provide insight into the industry, as well as to engage in important topics related to social injustices, racial and sexual prejudices, or political disarray that essentially define us, our roles within society, and how we express our emotions related to these topics through film or other mediums.

Can you talk a little bit more about IIFF’s centering and highlighting of marginalized voices? What platform do you believe IIFF can hold for filmmakers in Iraq and in diaspora?

RT: Iraq has such a varied population, and as an Assyrian it felt really important for me to reflect the diversity of our cinema in the programme. This includes spotlighting work by women filmmakers and visual artists, whose voices are not as represented as their male counterparts making narrative, feature-length films for theatrical release. There is not really an industry infrastructure in Iraq, so tapping into our international film community and discovering new work is always incredibly exciting. It’s an incredibly supportive community, and we hope IIFF is testament to that.

As the SWANA region—and the world—has experienced massive political, environmental, social, etc. upheaval in the past year, how is the IIFF imagining itself within larger movements and conversations both within the SWANA region and beyond?

RT: The content of a lot of the films is extremely political, and the production values and methods of distribution are also incredibly grassroots and community-led. We are a volunteer-led festival and totally independent of institutional or funding partners for that reason – we didn’t want our politics to be compromised or censored. The festival is also free, worldwide and has English subtitles – it could not be more accessible! – so we really hope it gets a lot of people talking about Iraqi cinema, and what we have to offer in the country and diaspora.